The new Ubuntu 21.04 is expected to be released on 22 April 2020. However, there is no need to wait until then. If you feel adventurous and impatient you can upgrade to Ubuntu 21.04 today. All you need is to have fully upgraded and updated Ubuntu 21.10 Groovy Gorilla at your disposal.

In this How To Upgrade Ubuntu To 21.04 Hirsute Hippo tutorial you will learn: 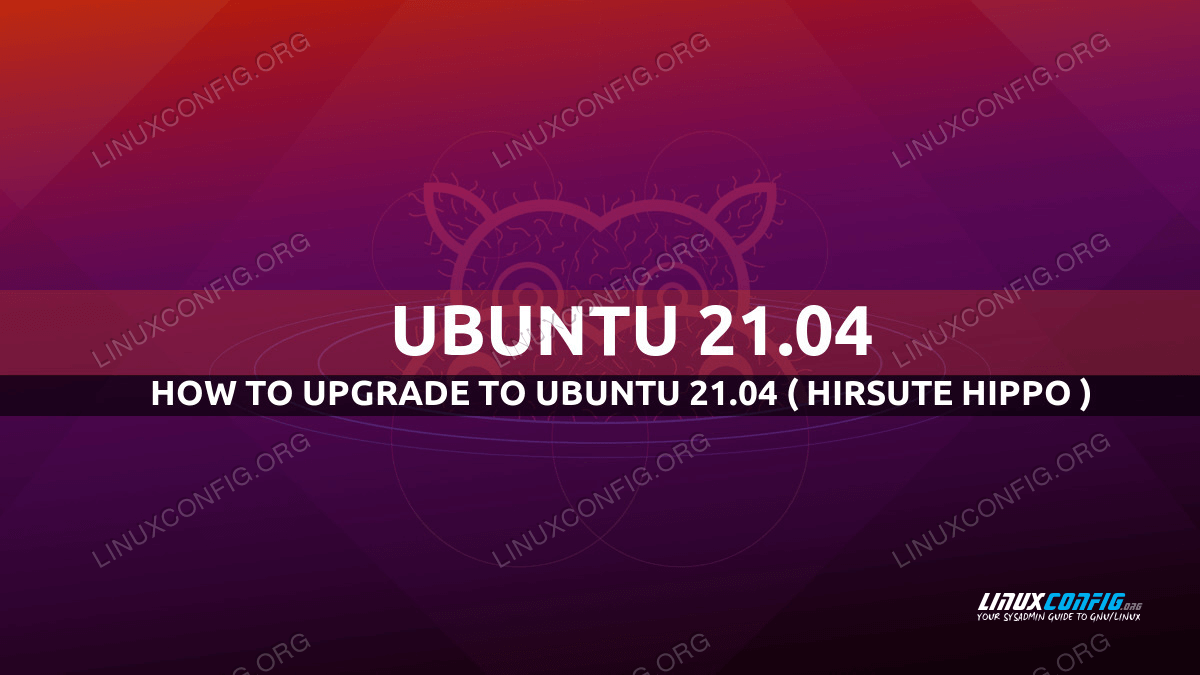 How To Upgrade Ubuntu To Ubuntu To 21.04 Hirsute Hippo step by step instructions