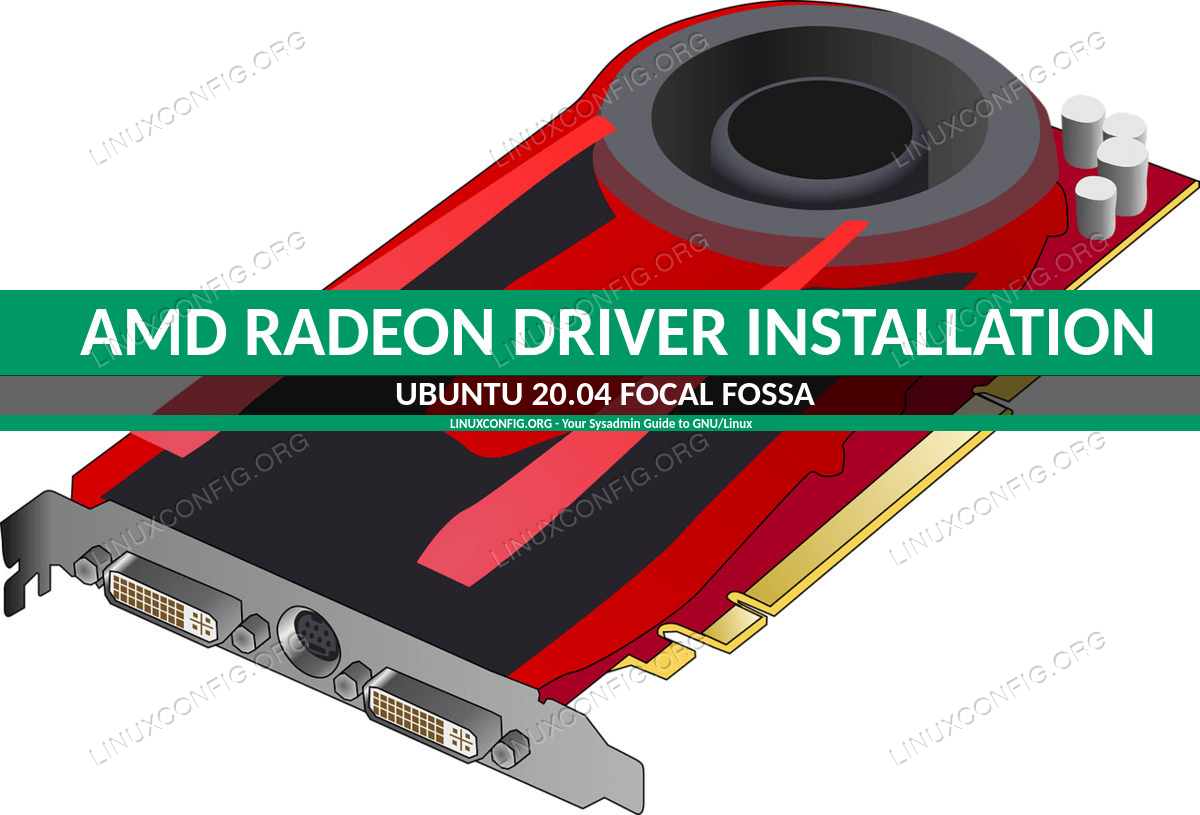 Here we assume that you have already downloaded and installed Ubuntu 20.04 or simply upgraded your Ubuntu 20.04 system. Furthermore, your AMD Radeon Graphics card is already part of your system.

Let’s start by gathering some information about your system and current state of the AMD Radeon driver. First check your VGA graphic card model and driver in use. To do so execute the following command:

From the above command output we can see the graphics card model and that the AMD Radeon driver amdgpu is already installed and in use. This means that all modules are already loaded and in use:

Lastly, check boot messages for more information about the graphics card driver in use: 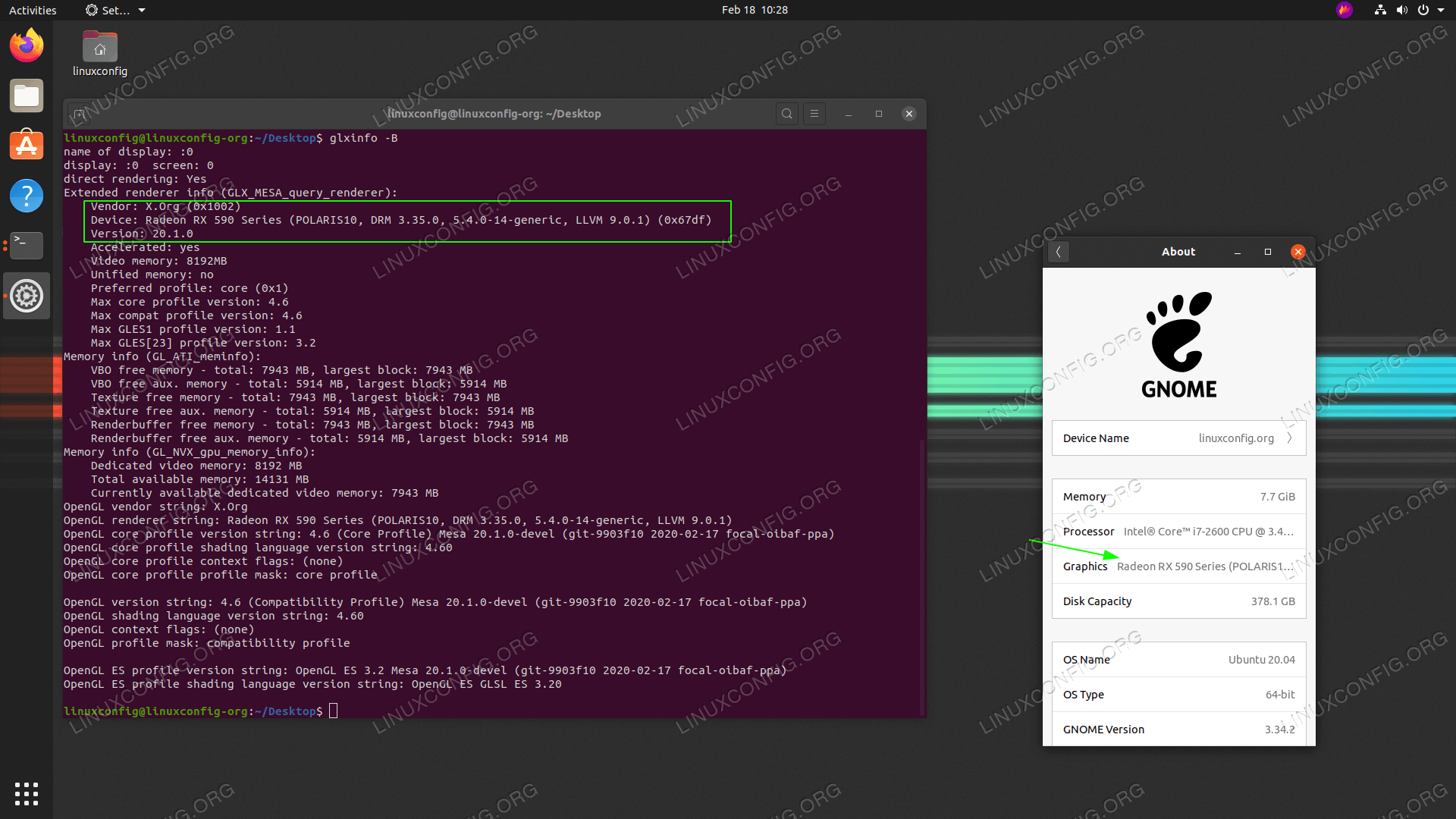 Next, let’s explore the three options you have as an AMD Radeon VGA graphics card in term of different type of driver installations. 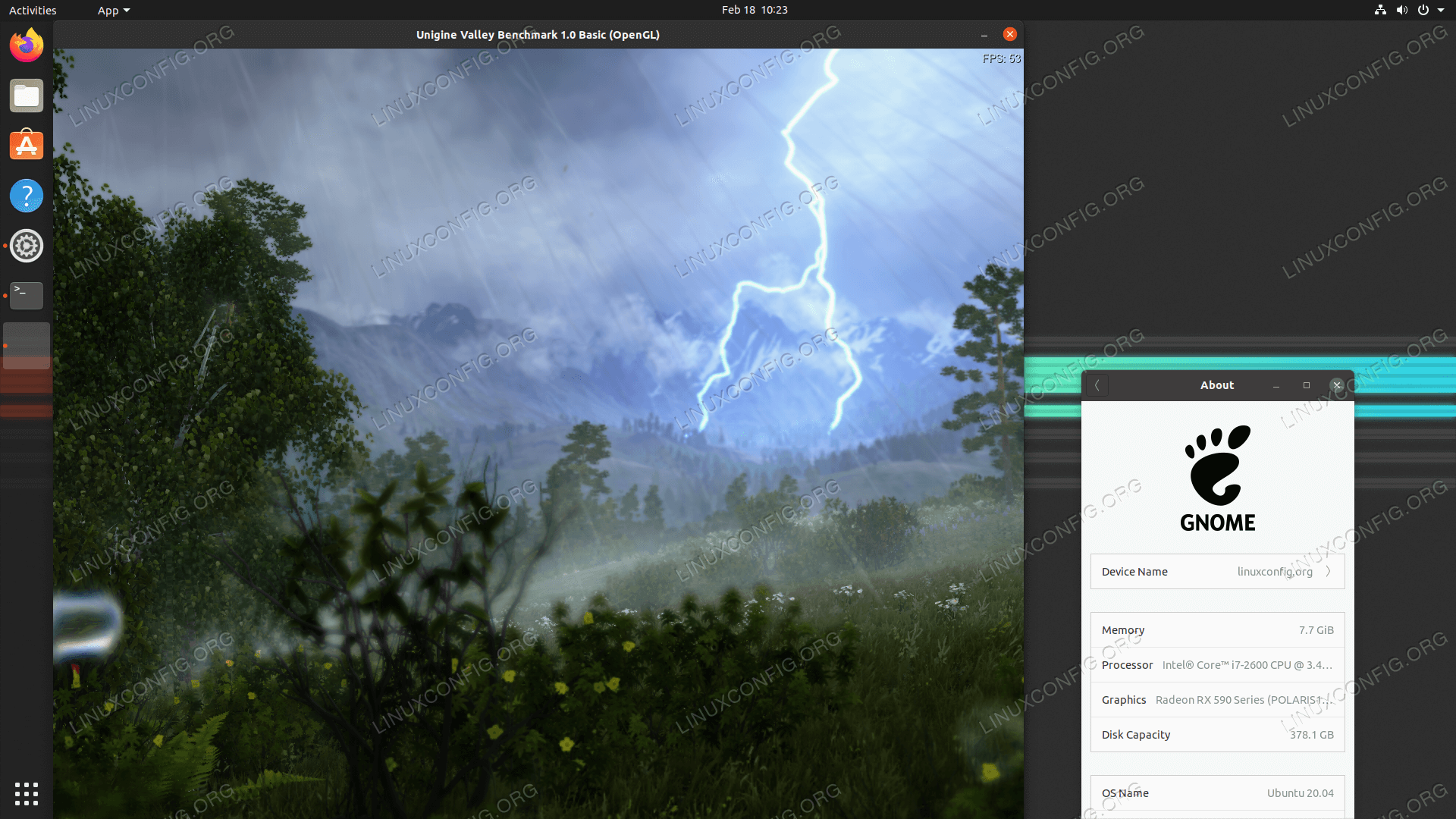 In this tutorial, we saw how to install AMD drivers on Ubuntu 20.04. This included the open source Ubuntu driver, PPA repository driver, and the proprietary AMDGPU-PRO driver. The main difference between the open source Ubuntu driver and the propriety driver is that the latter will be more up to date. Don’t forget to benchmark your graphics card to check its performance after installation.