How to uninstall package on Ubuntu Linux

If there's software on your Ubuntu Linux system that you wish to remove, there are a few ways to go about uninstalling the associated packages.

In this guide, we'll take you through the step by step instructions for uninstalling a package on Ubuntu from both GUI and command line. We'll also show you options for deleting or keeping the configuration files that are associated with a package. Use whichever method below that you find most convenient for your situation. 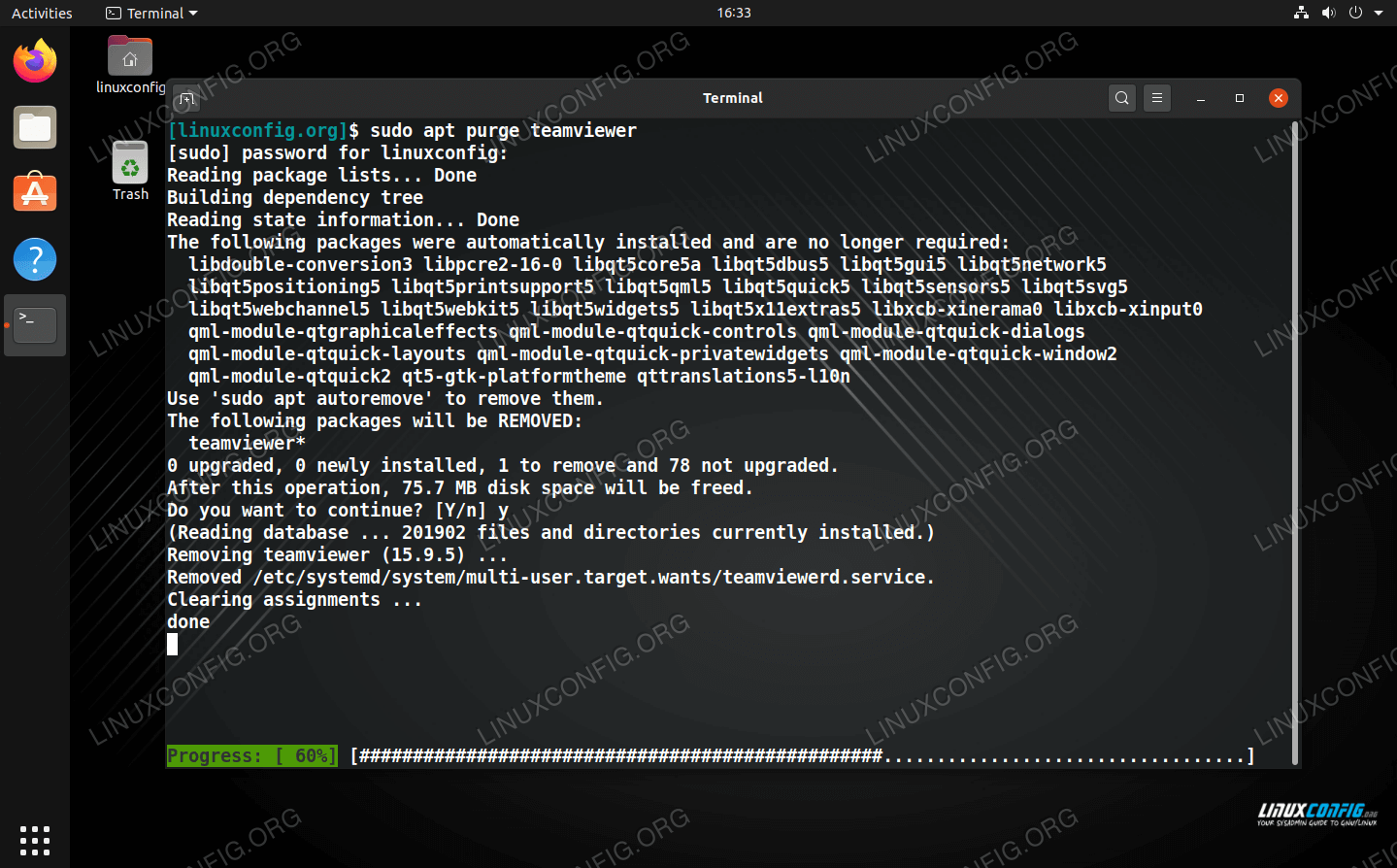 Uninstalling a package on Ubuntu

Uninstall a package via GNOME GUI

The default desktop environment for Ubuntu is GNOME. Thus, these instructions and screenshots will be specifically tailored to those running GNOME. If you're using a different desktop environment, the process should be quite similar but the menus will look a little different.

Note that the Ubuntu Software app typically only lists applications that were installed via GUI or apps that have a GUI themselves. You also can't remove system applications from this menu. For more advanced control over all the packages on your system, it's recommended to use the command line approach covered below.

Uninstall a package via command line

There are actually three different commands that can be used to remove a package from Ubuntu. Two of those are apt and apt-get, and the other one is dpkg. Opting to use apt for removing packages is the most recommended approach, but for the sake of completeness, we'll cover all methods.

The Snap package manager is somewhat new but it's part of all newer versions of Ubuntu. It works independently of apt, so uninstalling software that was installed as a Snap package will require a separate command.

While installing some software, your package manager may download dependencies that are required to install a package properly. When it finishes installing a package, these dependencies will linger on your system but be unused. Therefore, it's recommended to run the following command occasionally to remove any unused packages from your system.

In this guide, we learned how to uninstall a package in Ubuntu from both GUI and command line. The GUI method can be more convenient for some users but its power pales in comparison to the command line method. For the command line, it's recommended that you stick to the apt command, as apt-get is more for system scripts and dpkg doesn't handle dependencies as well as apt does.