Our list of recommended desktops for Ubuntu 20.04 Focal Fossa Linux is complemented with links to instructions on how to install each desktop environment, which we hope will turn out to be a very useful feature of this article.

The screenshots included in this guide will give you the first impression of the desktop environments, which will hopefully help you to find the one that suits you most.

You can also see the desktop section of our Things to Install on Ubuntu 20.04 article for even more options.

GNOME, GNU Network Object Model Environment is a graphical user interface (GUI) in Linux and, in particular, in the Ubuntu 20.04 operating system. It includes a variety of desktop applications and its aim is to make a Linux system easy to use for non-programmers.

When you install Ubuntu 20.04 it will come with the default GNOME 3.36 desktop. Gnome 3.36 is full of improvements and results in better performance and a more aesthetically pleasing graphical experience.

If you decide that you would like to stay with this default desktop environment you might be interested in installing GNOME shell extensions or GNOME tweak tool to customize Ubuntu’s looks and behavior. You may also be interested in Gnome minimal install. KDE Plasma desktop is a widget-based environment which makes it very adaptable. You can move, add or remove anything you like to make it suit your style as well as possible. Plasma is fast and efficient. It uses only few resources and is full of well designed features. 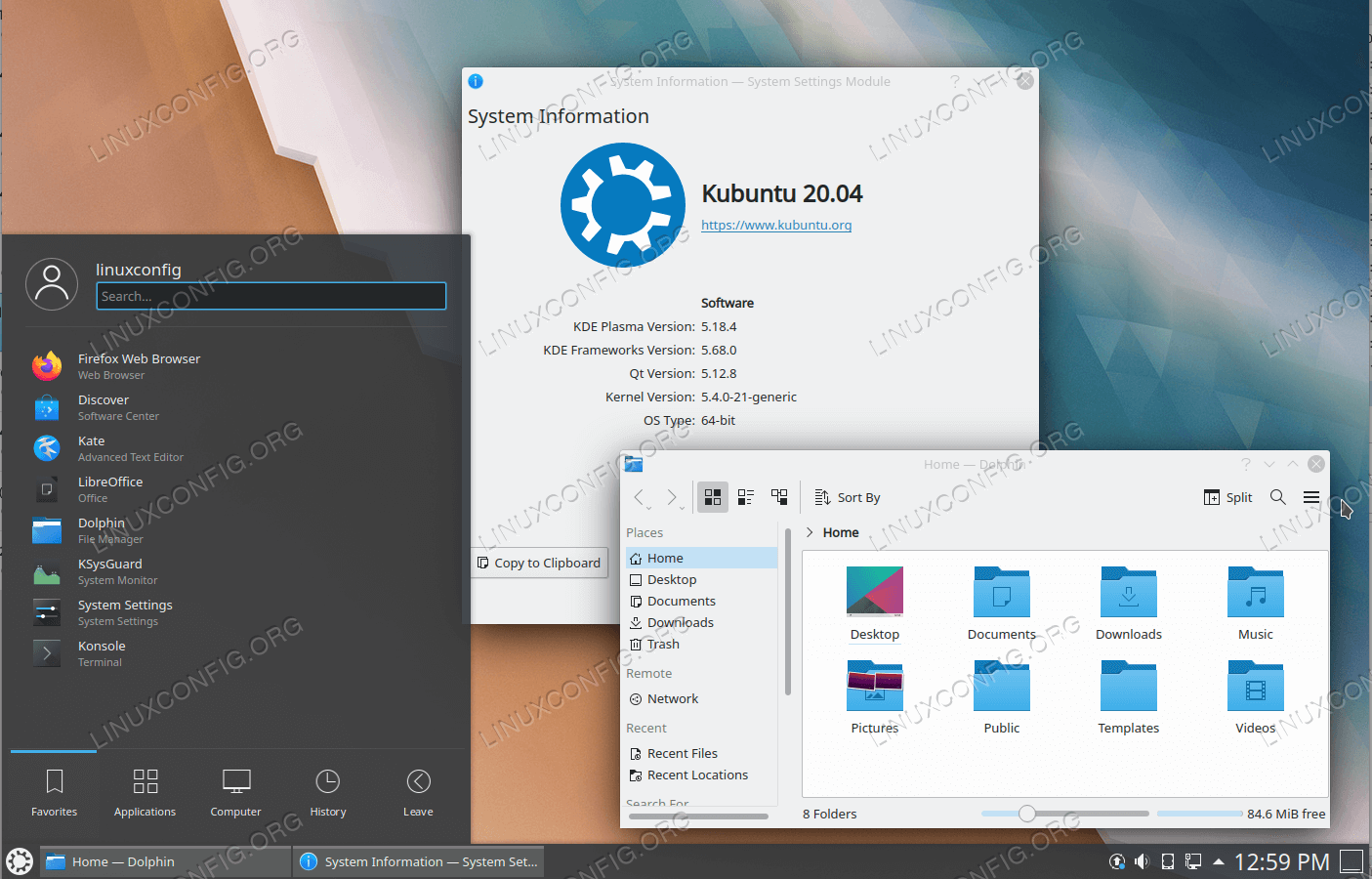 MATE is an intuitive, comfortable to use and attractive desktop environment.

Development of Mate was started by Arch Linux as a fork and continuation of GNOME 2 in response to the negative reception of GNOME 3. Therefore, this desktop is the first choice for many users that liked GNOME 2. 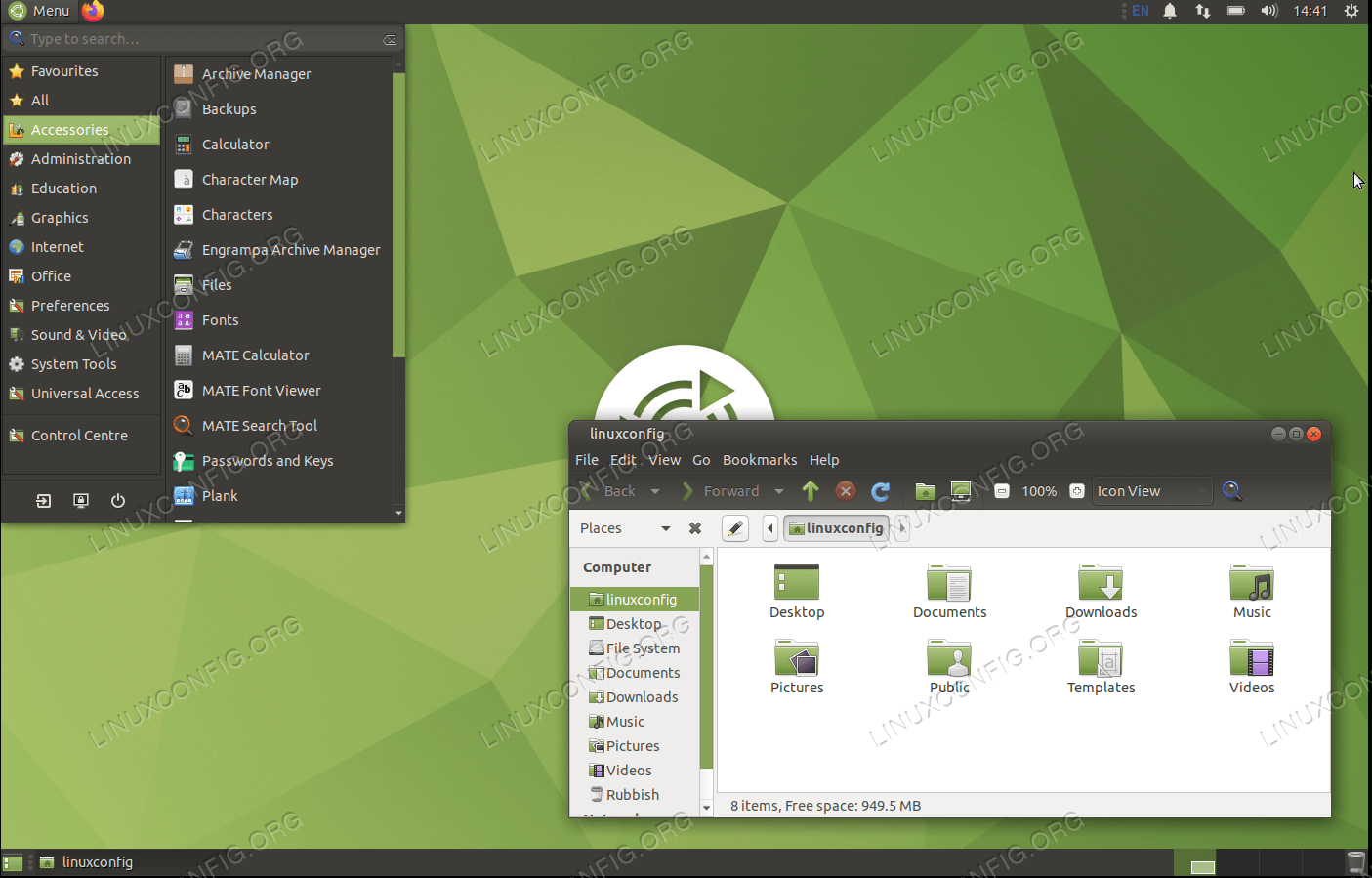 Budgie is a desktop environment that is also based on GNOME. It resembles GNOME with its modern design and focuses on efficiency, simplicity and elegance. The usability is also emphasized in Budgie, which makes the desktop seem familiar and intuitive. 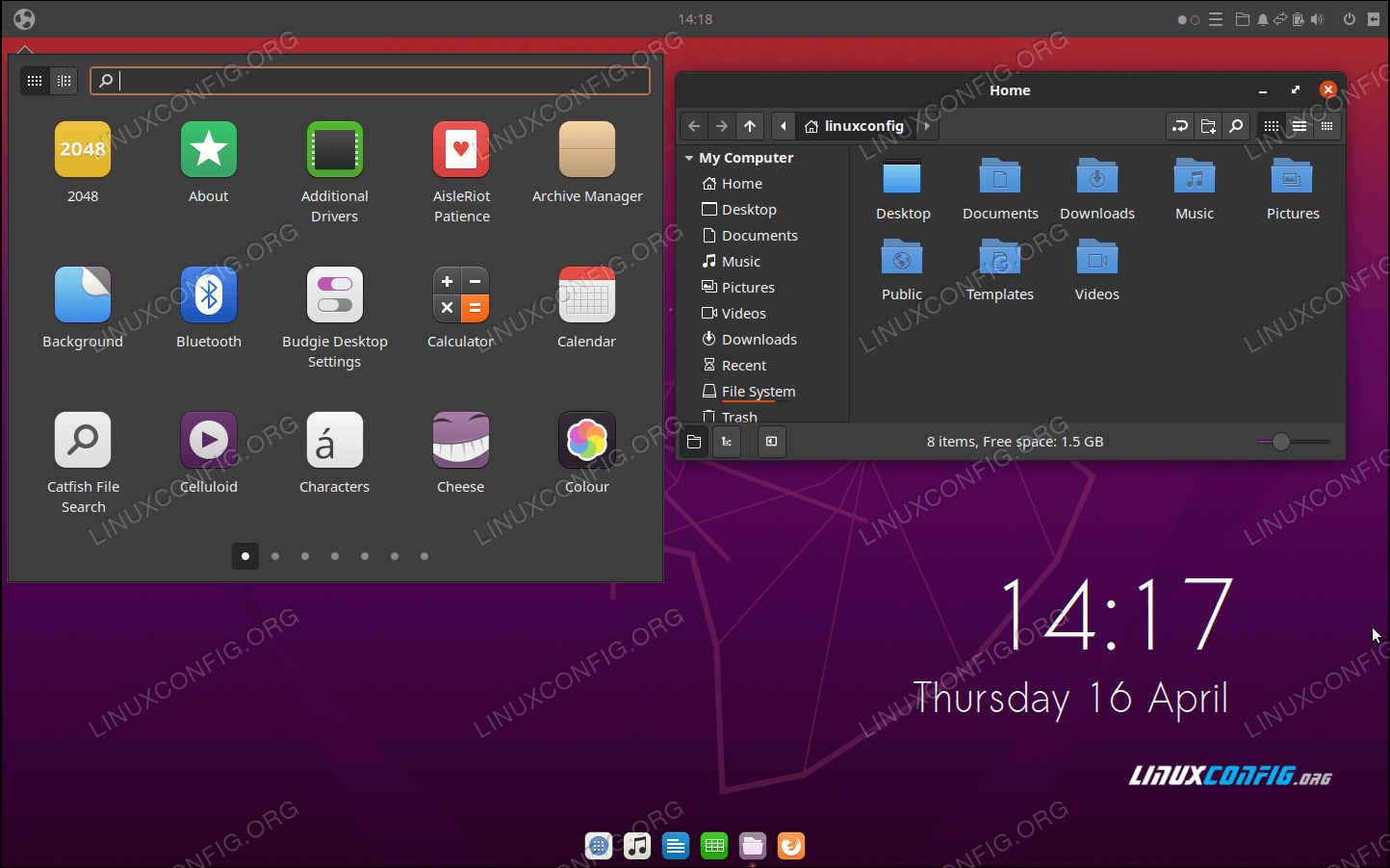 Xfce is a default desktop environment on Xubuntu. It’s main feature is that it is lightweight. It is low on system resources, hence, it offers stable operation. 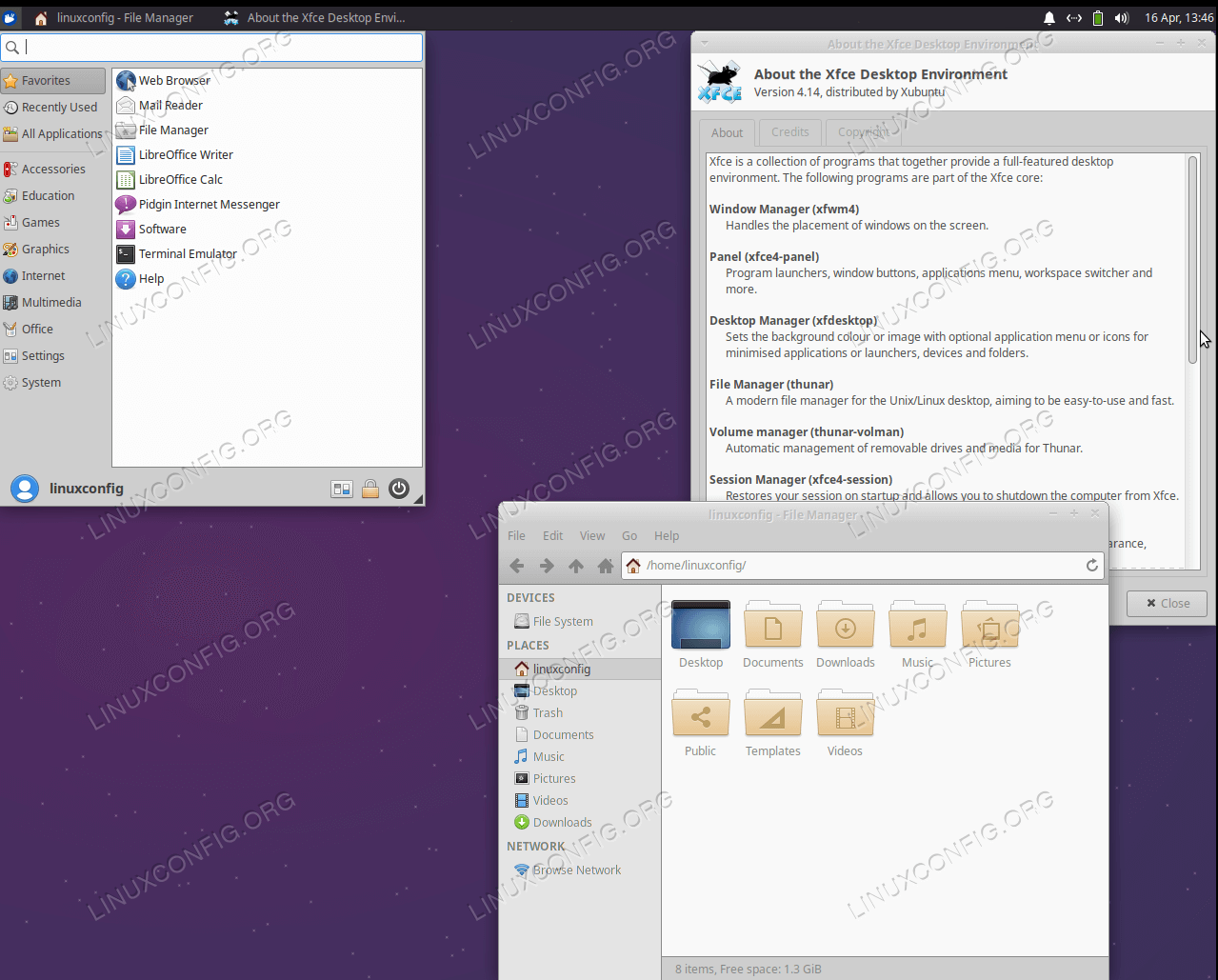 Xfce / Xubuntu desktop on Ubuntu 20.04 Focal Fossa Linux
You can read our install guide by following the link:

Cinnamon desktop is another fork of the GNOME desktop. It has a rather conservative design and is similar to Xfce. It is uncomplicated to learn and from this reason might be a good choice for someone who is new to Linux. 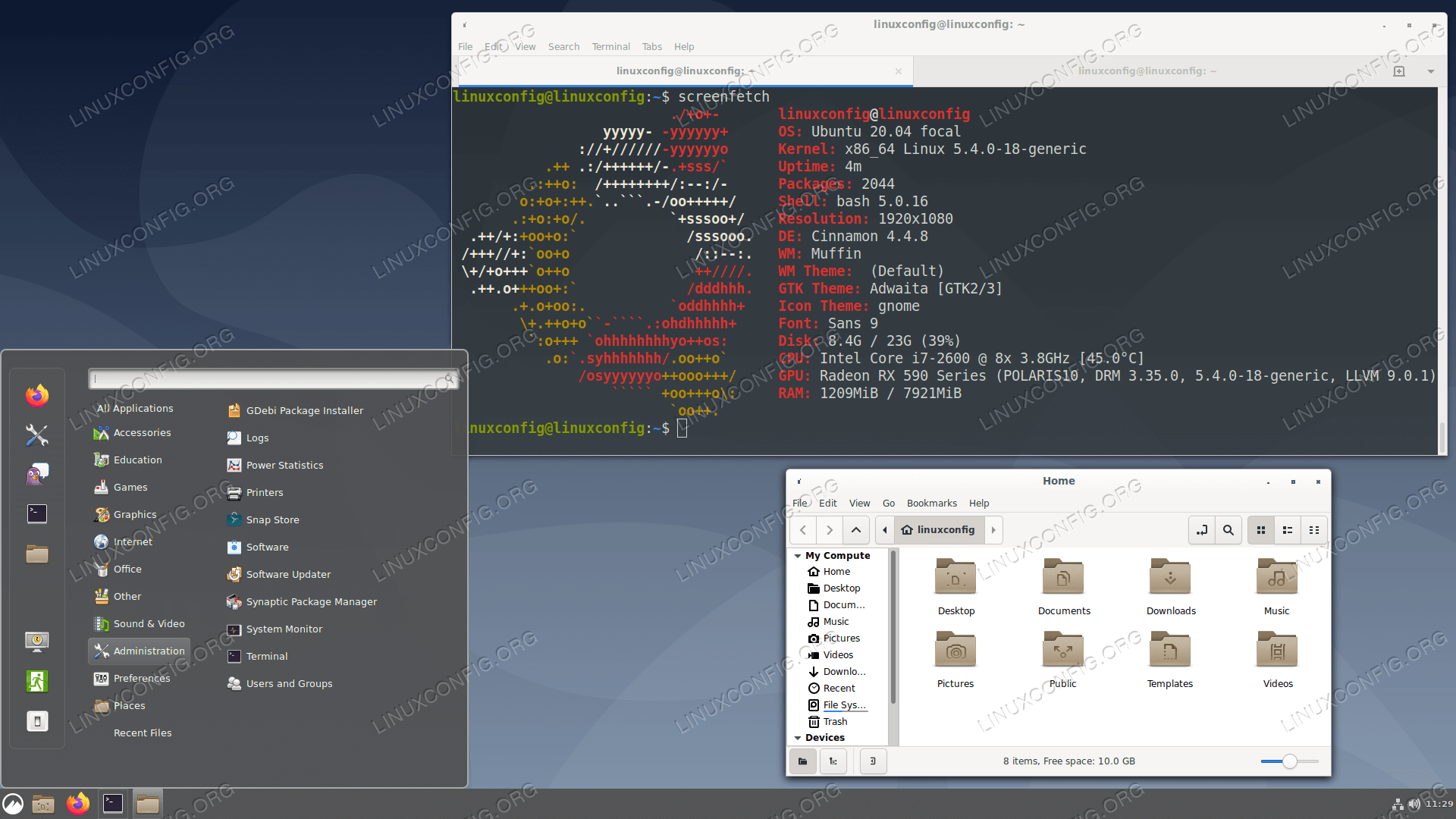 GNOME Flashback is a trimmed version of GNOME 3 shell based on GNOME 2 desktop. It is a lightweight desktop to help you to get the most out of any low profile PC. LXQt is a default desktop environment on Lubuntu. One of the features of LXQt is that it has comparatively low resource requirements. 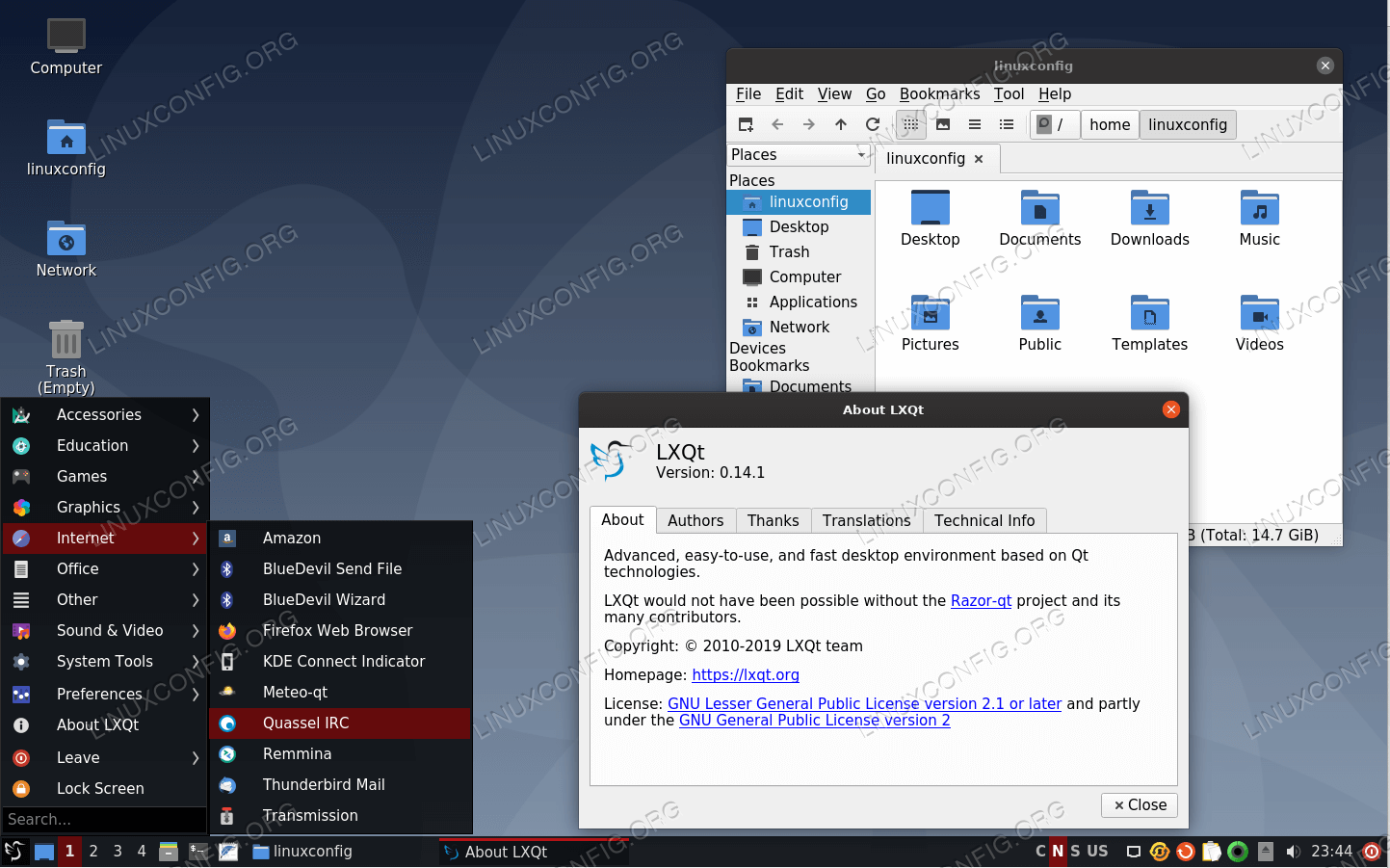