The hostname of a Linux system is important because it's used to identify the device on a network. The hostname is also shown in other prominent places, such as in the terminal prompt. This gives you a constant reminder of which system you're working with. It's a real life saver when you're managing multiple systems through SSH and those command line terminals start to blend together in your mind.

Of course, IP addresses are used when devices need to communicate with each other, but those can change frequently. Hostnames give us a way to know which device we're interacting with either on the network or physically, without remembering a bunch of numbers that are subject to change. Thus, it's important that your system bears a hostname which helps you to identify it quickly. For example, "backup-server" is much more informative than "server2." If you can't easily identify a system's purpose from the hostname, it's time to change it. 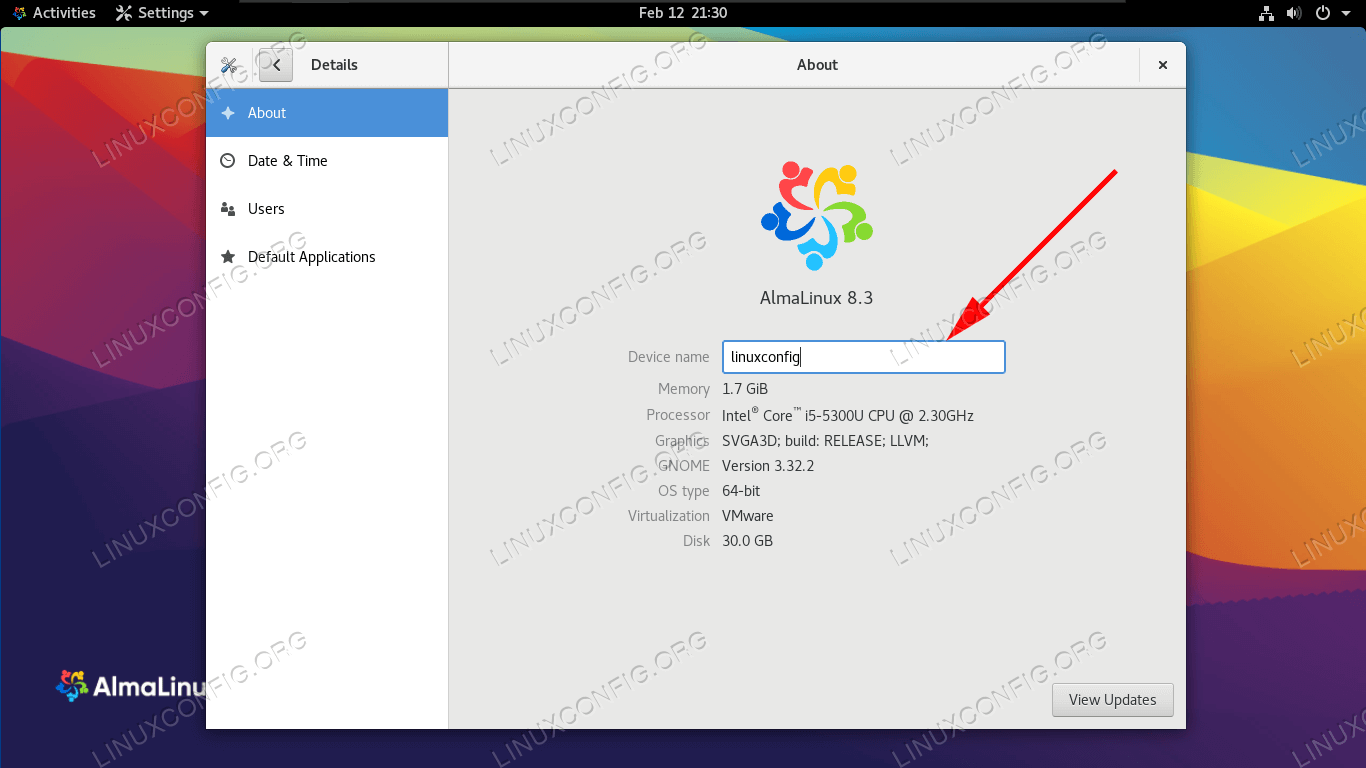 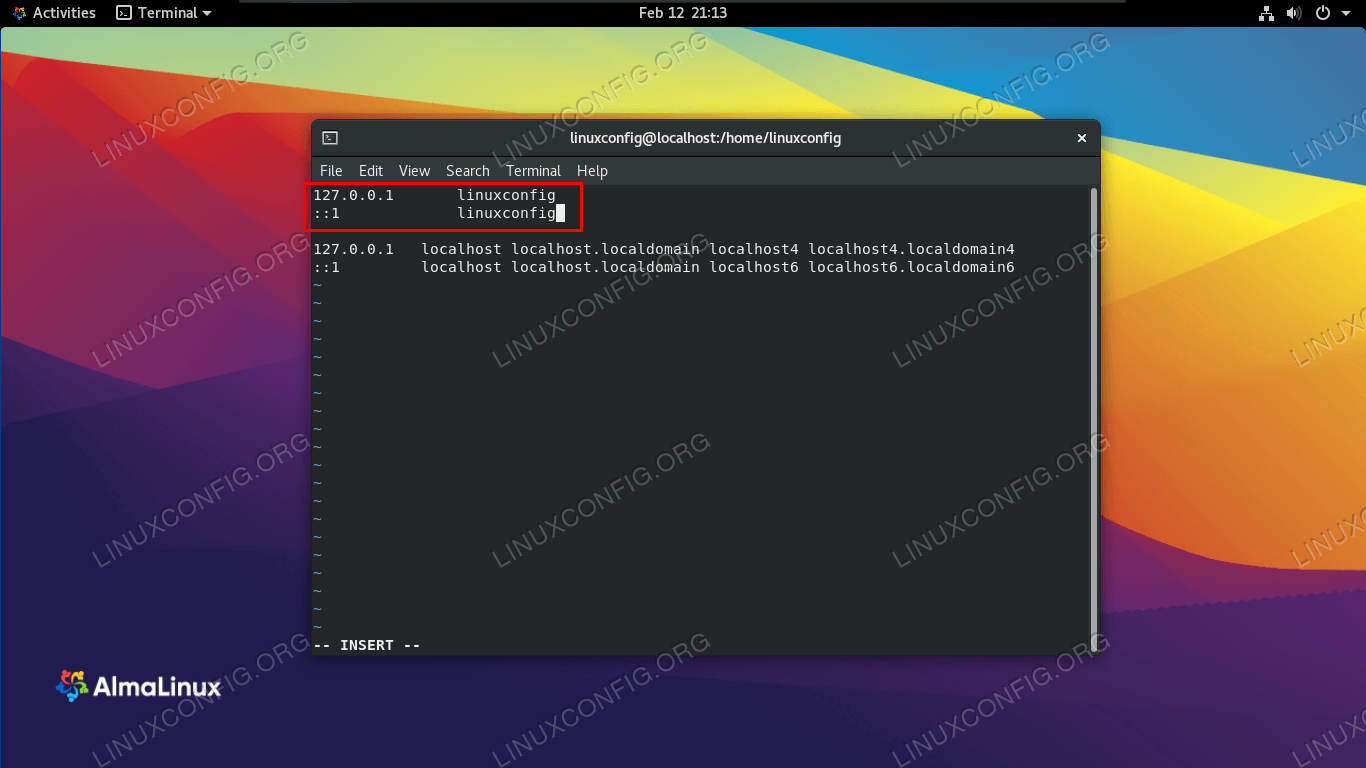 If you have GNOME GUI installed on AlmaLinux, you can use the following steps to change the system's hostname.

Change the hostname via GUI

In this guide, we saw a command line and GUI method for changing the system hostname in AlmaLinux. We also learned about the importance of picking an applicable hostname to assist in the easy identification of a system. Administrators can use these methods to ensure that their AlmaLinux computers have appropriate and easily identifiable hostnames.