The main motivation behind the creation of AlmaLinux was to be a viable replacement for CentOS Linux at the time of its shift from an enterprise-stable operating system to an upstream development branch of RHEL.

Now that AlmaLinux is released, it still leaves CentOS users wondering how to switch operating systems. Ideally, this should be done as seamlessly as possible, to prevent downtime, loss of data, etc. In this guide, we’ll show you the step by step instructions to migrate from CentOS to AlmaLinux with just a few commands. 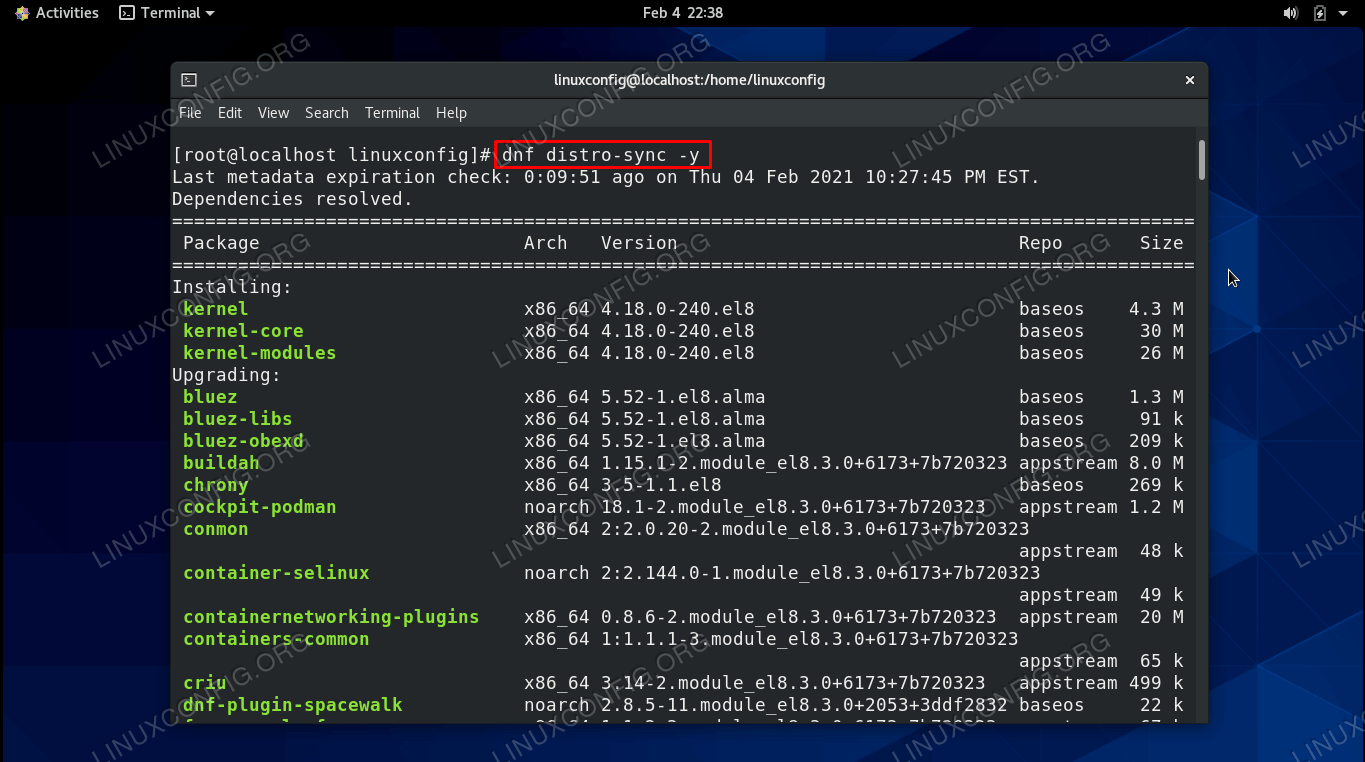 Completing the merge from CentOS to AlmaLinux
WARNING
Although we’ve tested these methods to work on our own system without any problems, it’s recommended that you make a full backup of your own system before proceeding.

Method 1: Migrate from CentOS to AlmaLinux

The first method will use the official almalinux-deploy script that’s hosted on GitHub. Follow along with the steps below to download the script and use it to perform the migration from CentOS to AlmaLinux. This script takes certain scenarios into consideration like migrating DirectAdmin, cPanel, Plesk, and other programs as seamlessly as possible. Check the GitHub page for full details. 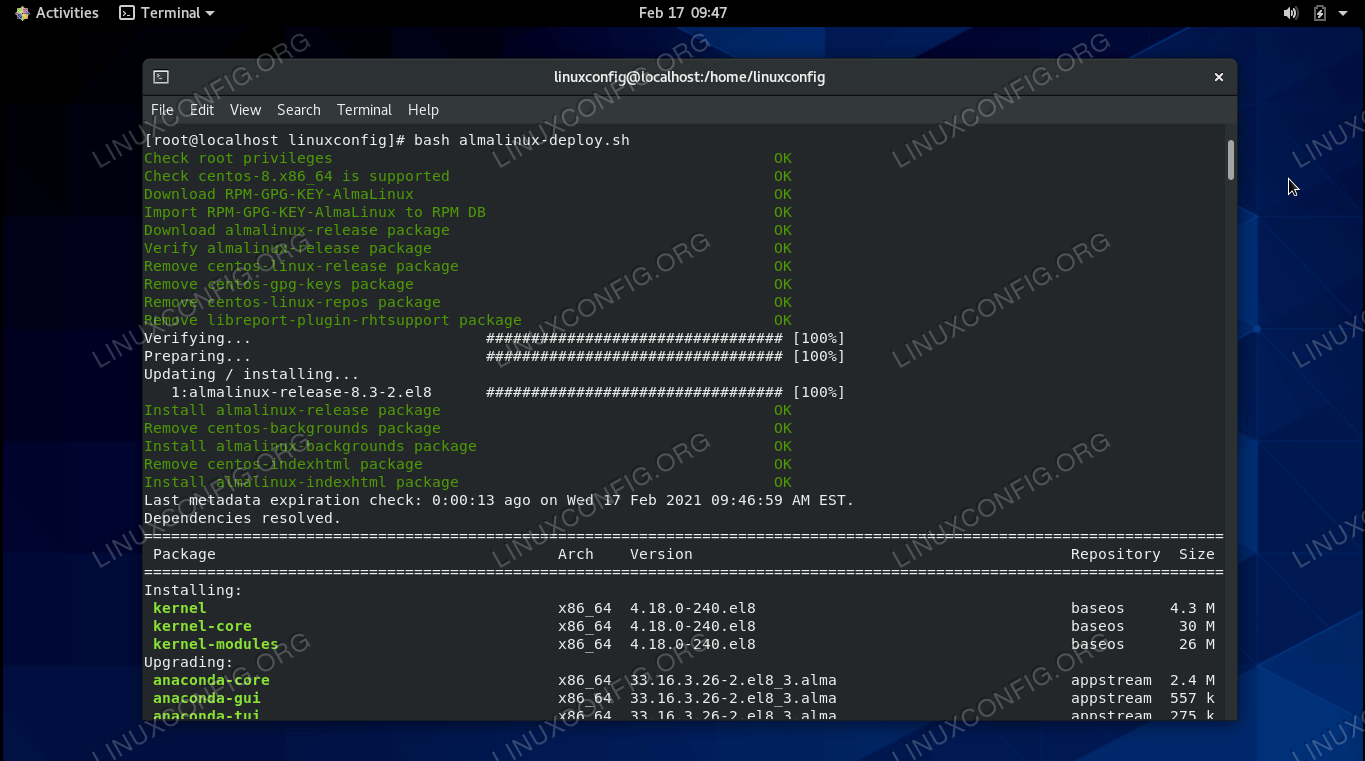 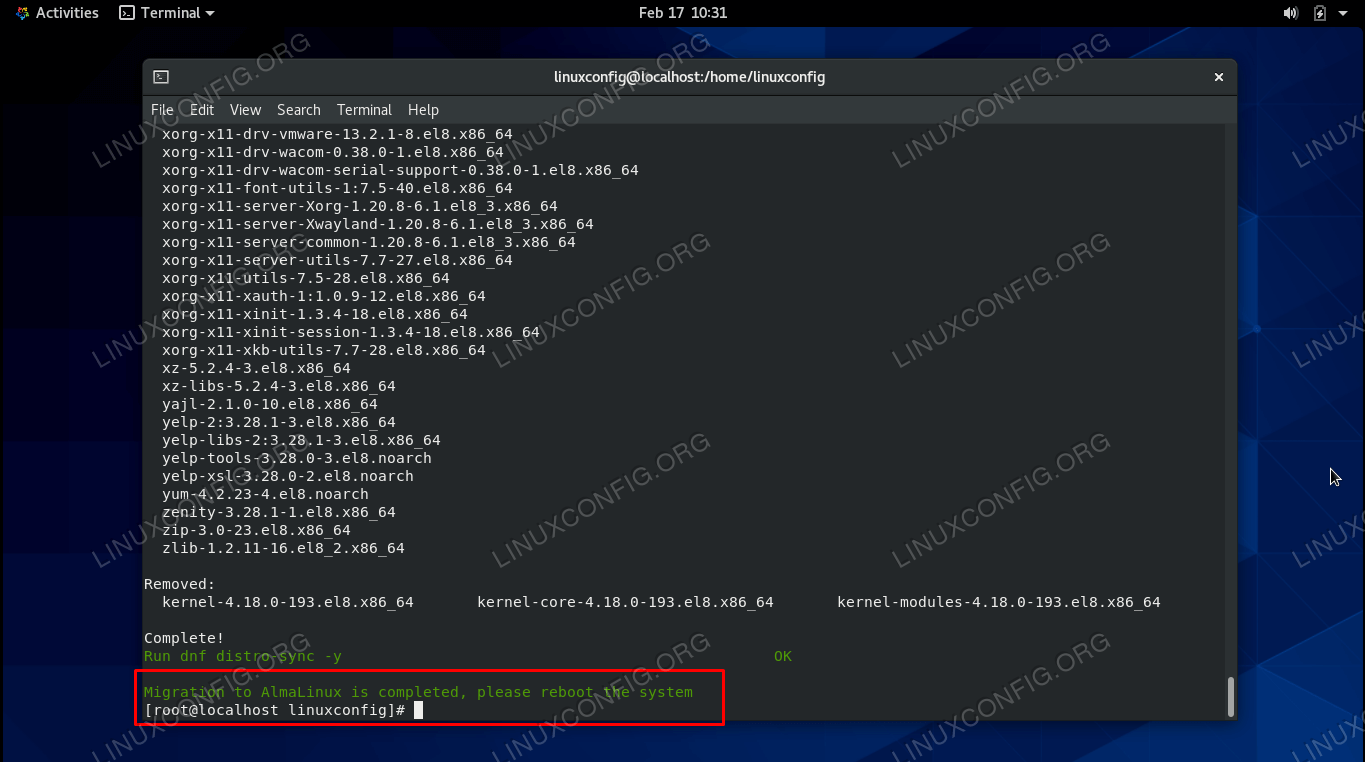 The migration script has completed successfully

That’s all there is to it. As long as you didn’t encounter any errors along the way, you’ve successfully migrated your system from CentOS to AlmaLinux.

Method 2: Migrate from CentOS to AlmaLinux

The second method is more of a manual migration. This was the first approach to be used when AlmaLinux was first released, but has since been superseded by the previous method mentioned. For some, this second method may work better, and if nothing else, it’s kept for historial purposes or as an alternative method.

Open a command line terminal and follow along with us below to migrate from CentOS to AlmaLinux. 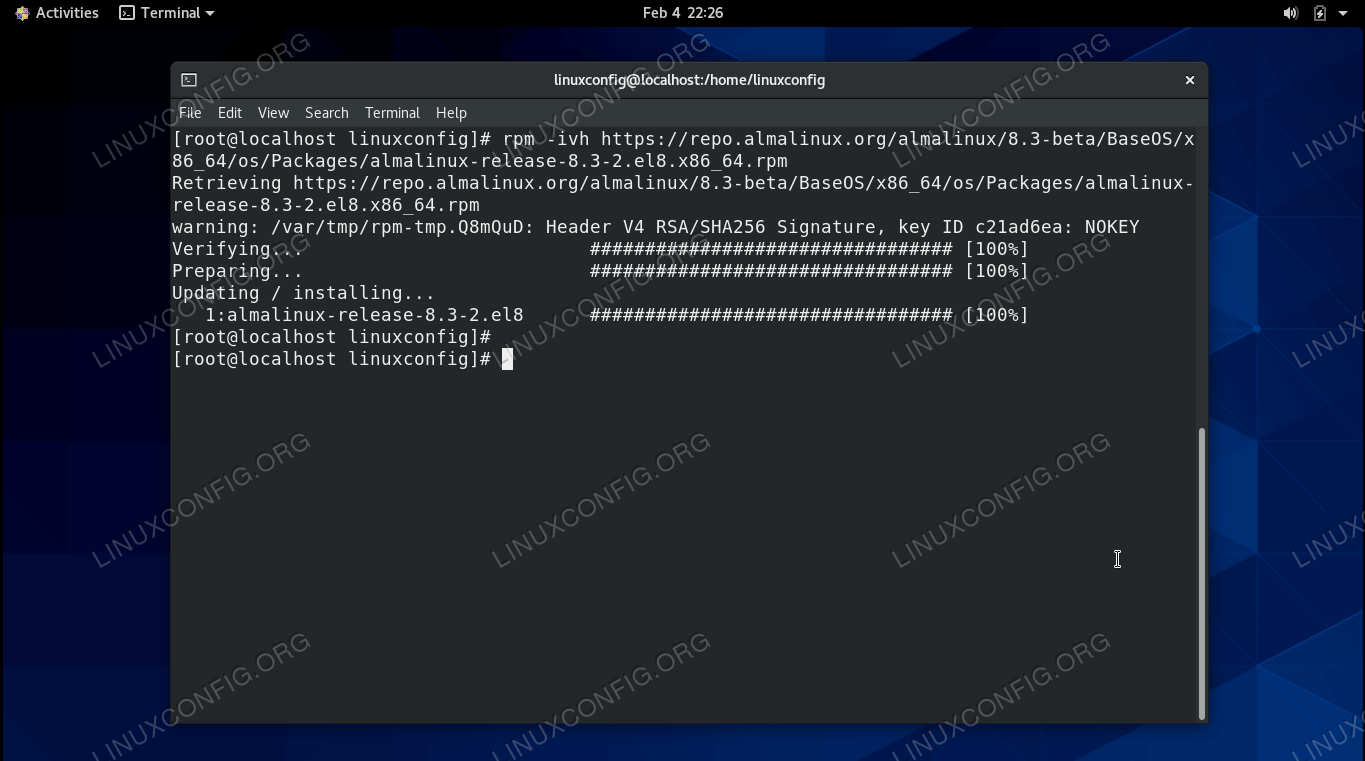 Downloading and installing the AlmaLinux rpm

Synchronizing all packages to AlmaLinux

Be sure to select AlmaLinux from the startup options when booting, although it should be selected by default. 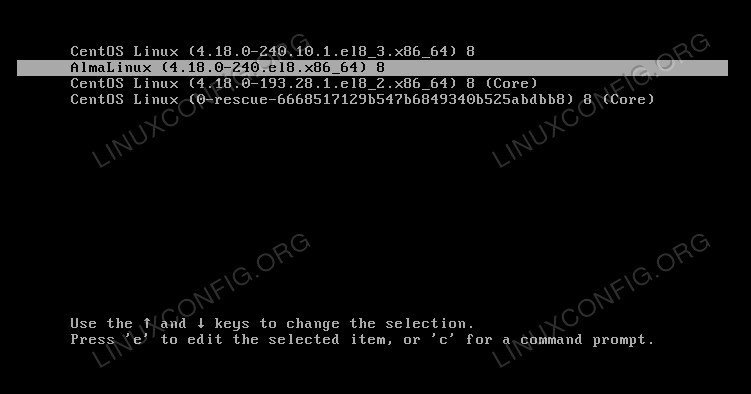 For more verification, you can run the hostnamectl command to see that your system has completely migrated over to AlmaLinux. 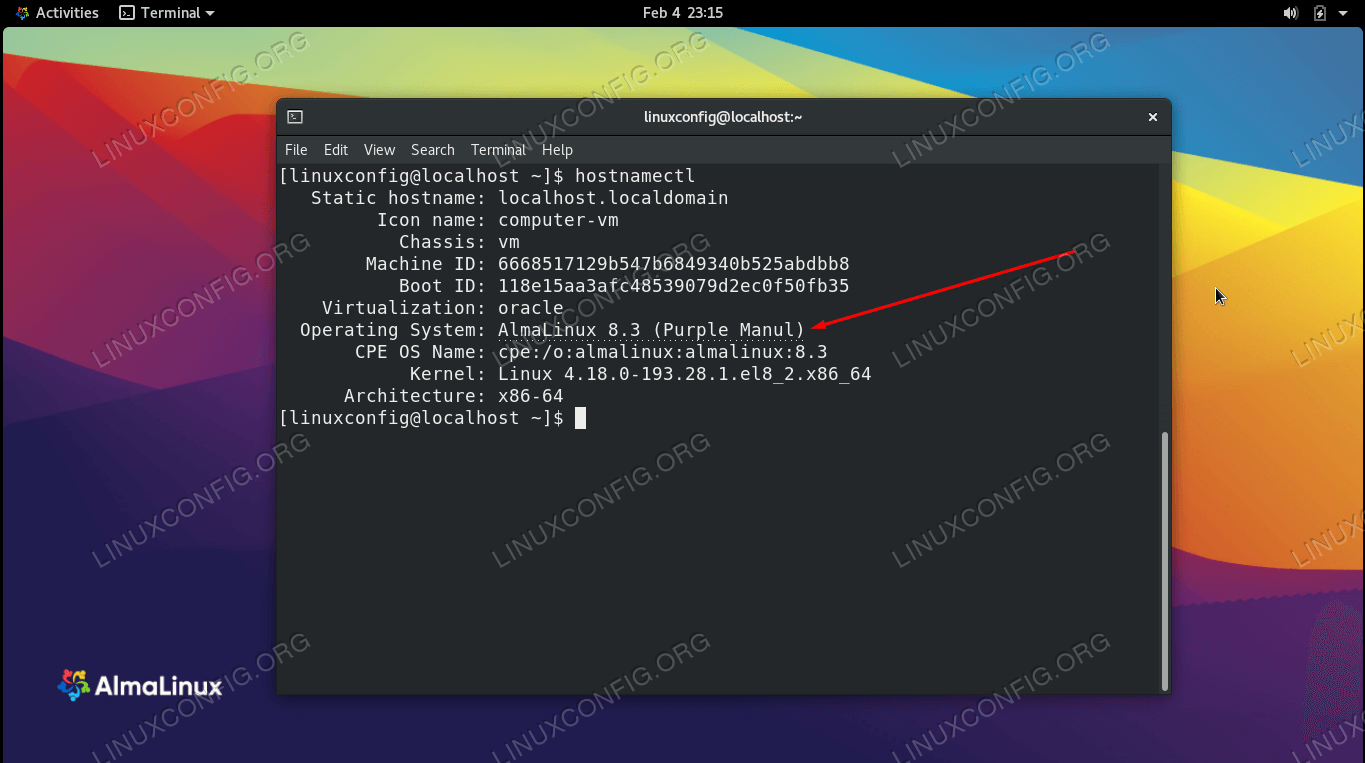 Verify that the system is now running AlmaLinux

In this guide, we saw how to migrate a system from CentOS Linux to AlmaLinux. Being that CentOS (although not CentOS Stream) and AlmaLinux are forks of RHEL, it’s a relatively simple switch once you know the right packages to remove, and how to sync the distribution with dnf package manager.

After following the steps, you should have a standard AlmaLinux system which can continue to retrieve updates as normal. Hopefully this will help you reduce downtime and continue to deliver the stability that you’ve had for years with CentOS.

You may run into the following error when trying to execute the dnf distro-sync command.

The problem is with the libreport-plugin-rhtsupport-2.9.5-15.el8.x86_64 package, which is just a plugin to facilitate Red Hat support channels. It’s not needed in AlmaLinux, so you should just remove it before proceeding.

Now you should be able to use the dnf distro-sync command to successfully complete the migrate to AlmaLinux.