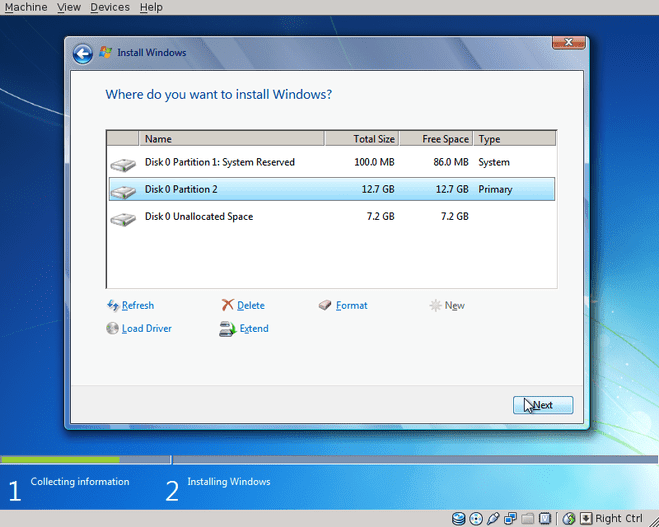 We chose Ubuntu for it’s popularity, but the idea is the same regarding of distribution: sda1 and sda2 are Windows, sda3 is Linux / or /boot, marked as bootable (very important!) and the rest of the disk is yours to use as you please. This only applies if using Win7, because Windows XP, for example, doesn’t ask for a separate system partition, so you have another primary partition available for yet another operating system. Maybe there’s a way to do without a system partition in Windows 7, but I’m not a Windows guru, so if anyone knows, tell us.

So, pop your Ubuntu 11.10 CD into the drive and boot from it, being aware that this tutorial is also applicable to older versions, such us LTS version of Ubuntu Lucid Lynx 10.04, as long as they offer GRUB 2. When you arrive at the partitioning screen, it will let you know it found another OS installed so choose “Install Ubuntu alongside”, and the next screen should look like this: 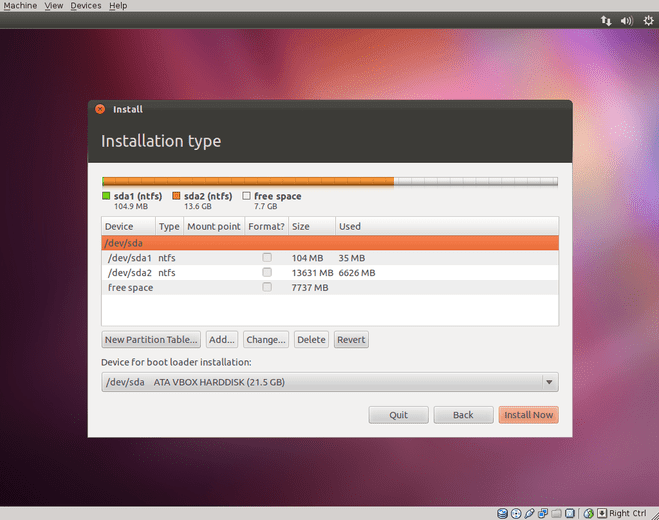 So, use “Add” for creating that bootable /boot or / partition I was telling you about, don’t forget a swap partition and continue with some other partitions if you need them, but make sure the aforementioned partition is primary and marked as bootable. Ubuntu will install GRUB inside the MBR when you choose /dev/sda as its’ target (yes, this setup assumes a single disk machine), which will detect the Windows boot code automatically and create an entry in its’ menu, as you see below: When trying dual-booting Windows 7 and Debian testing, although at install the installer told me it detected Windows, at first boot there wasn’t an entry. All I has to do was run “update-grub” as root and problem solved. This applies to distributions using GRUB 2, which seem to form the majority nowadays. On legacy GRUB, just create an entry in menu.lst to instruct GRUB to chainload Windows, and you should be set. Here’s an example entry considering that Windows is, as is in our example, installed on sda1:

As with old and tried LiLO, yes, it can boot Windows with no problem. Here’s what I found as an example lilo.conf:

Remember to run lilo after altering the configuration file and reboot. You’ll find the Windows entry right there.

As you can see, with Linux distributions becoming more and more friendly to the neophyte, dual-booting isn’t the nightmare it used to be. However, if you have the means, try installing the two OSs to separate hard drives (I used to work on a Windows 7 box in the past and that thing ate disk space like a kid eating candy, believe me) or even better, separate systems. But if you can’t, we just hope this article will help you accomplish your task seamlessly.

As I have noticed, there are cases when GRUB 2 doesn’t detect your Windows 7 at all, regardless of the incantations or sacrifices to unholy deities you might make. What you need to do is calm down, write a small text file , update GRUB and reboot. GRUB 2, as opposed to legacy GRUB, isn’t that consistent with numbering partitions and disks. While legacy GRUB starts numbering from 0, partitions and disks alike, GRUB 2 thinks it’s smarter and numbers disks from 0 and partitions from 1 (nice touch). So, if you look above to the legacy GRUB example, there the first partition of the first disk, where Windows boots from in our example, is (hd0,0). In GRUB 2 that would be (hd0,1). Trust me, remembering this will help you a lot at the wee hours in the morning.

Let’s start: create a file in /etc/grub.d/ named 12_windows7 (only the number counts, as it will set the order Windows will have in the boot menu) and write this in it:

Save the file and close the editor, make sure that the file is executable with “chmod a+x … ” , of course run “update-grub” and reboot. Voila.