NTP stands for National Time Protocol and is used for clock synchronization across multiple computers. An NTP server is responsible for keeping a set of computers in sync with each other. On a local network, the server should be able to keep all client systems to within a single millisecond of each other.

Such a configuration would be necessary if, for example, the systems needed to start or stop a task in unison at a precise time. In this article, we’ll show you how to configure an NTP server on Ubuntu 20.04 Focal Fossa and how to configure a client system to sync its system time with said server.

To begin, we need to install NTP server. You can do so by opening a terminal and entering the following command:

The NTP server comes pre-configured with some server pools already, which you can see inside the /etc/ntp.conf file. 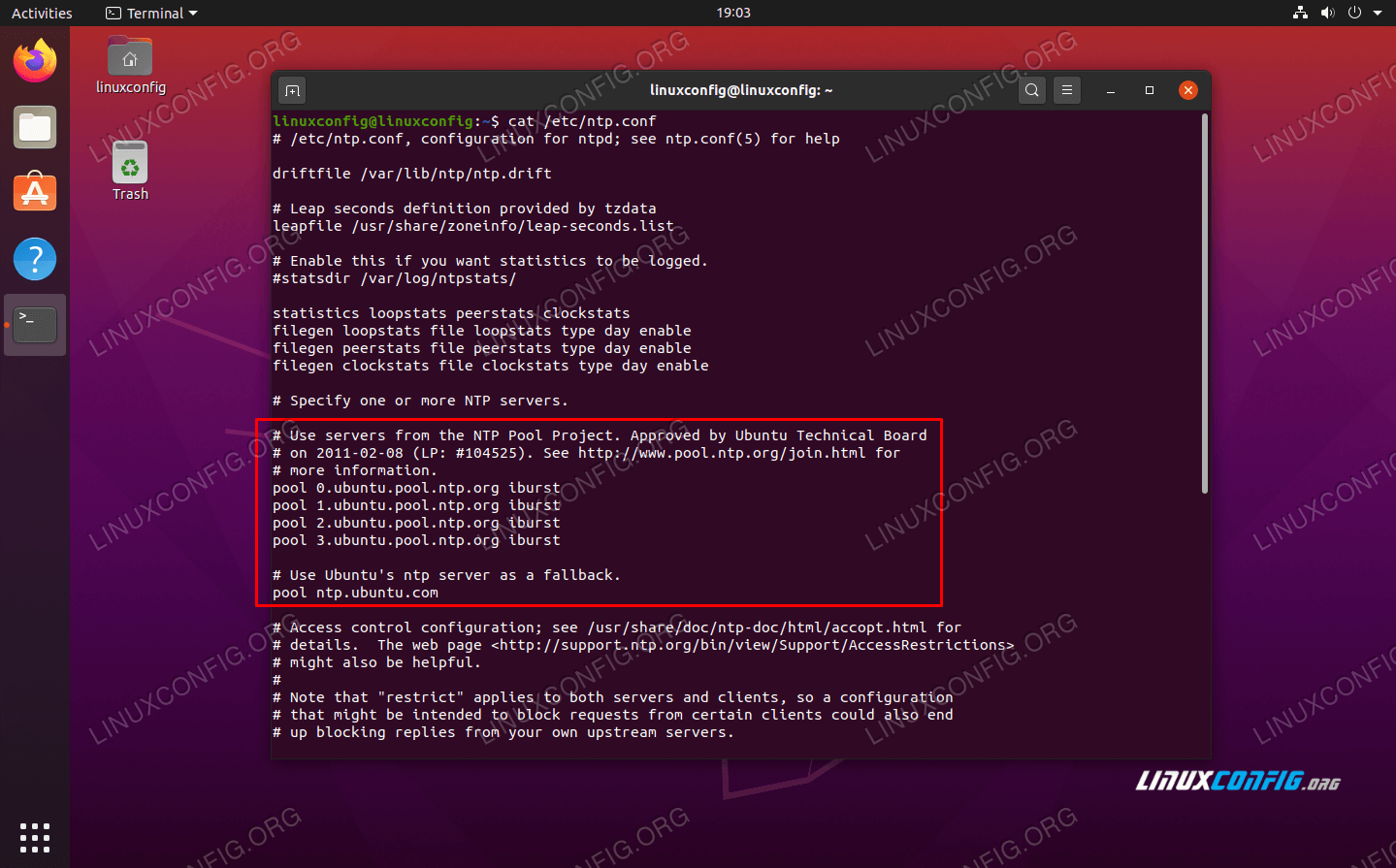 The default server pools inside our NTP config file

Generally, it’s best to replace these lines with server pools from your own country, or at least your own continent. The less latency between you and a time server, the better. You can use the NTP Pool Project website to find the closest NTP server pool to your location. 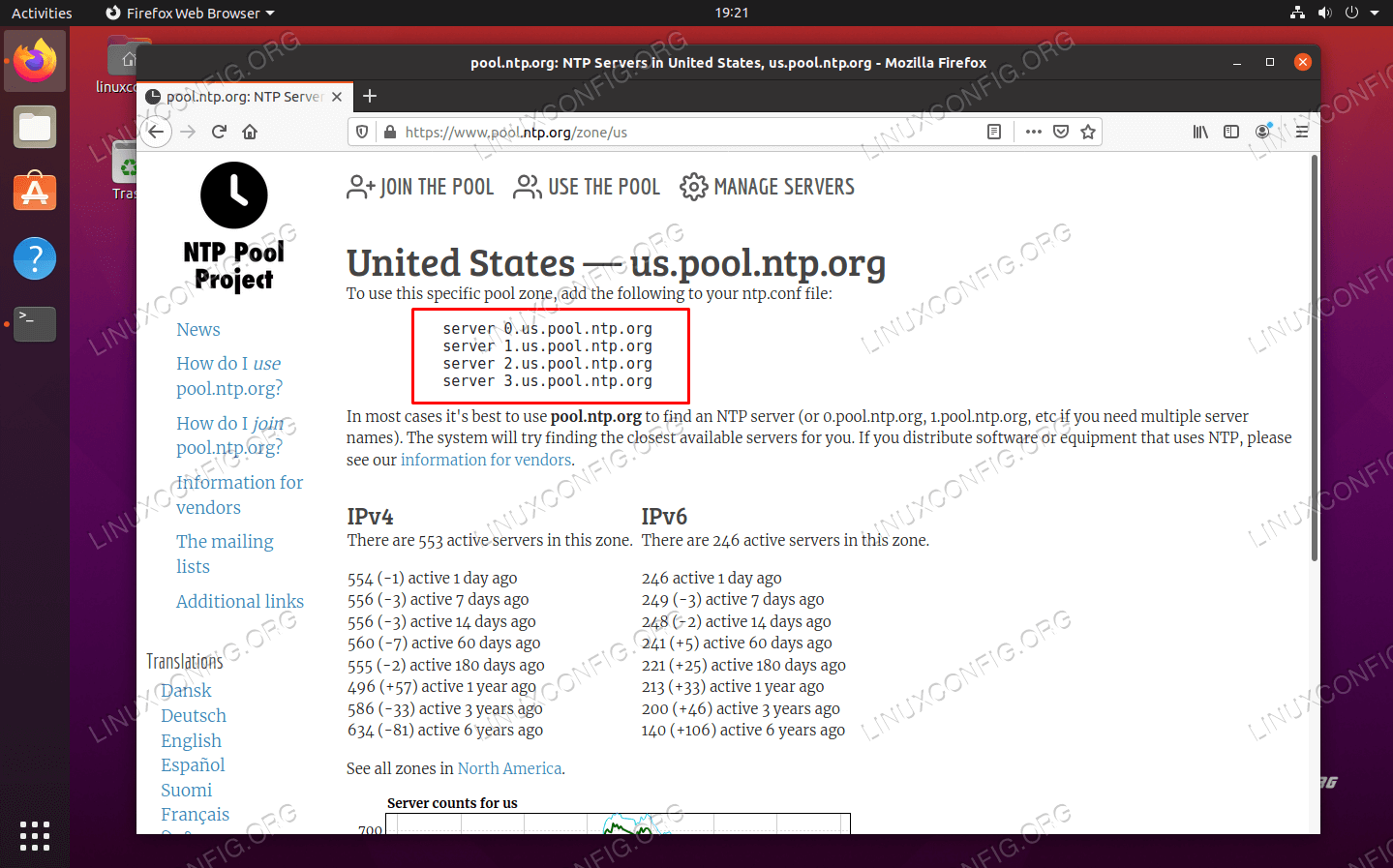 Once you find the most relevant zone, all you need to do is add the lines in your config file by using nano or your preferred text editor: 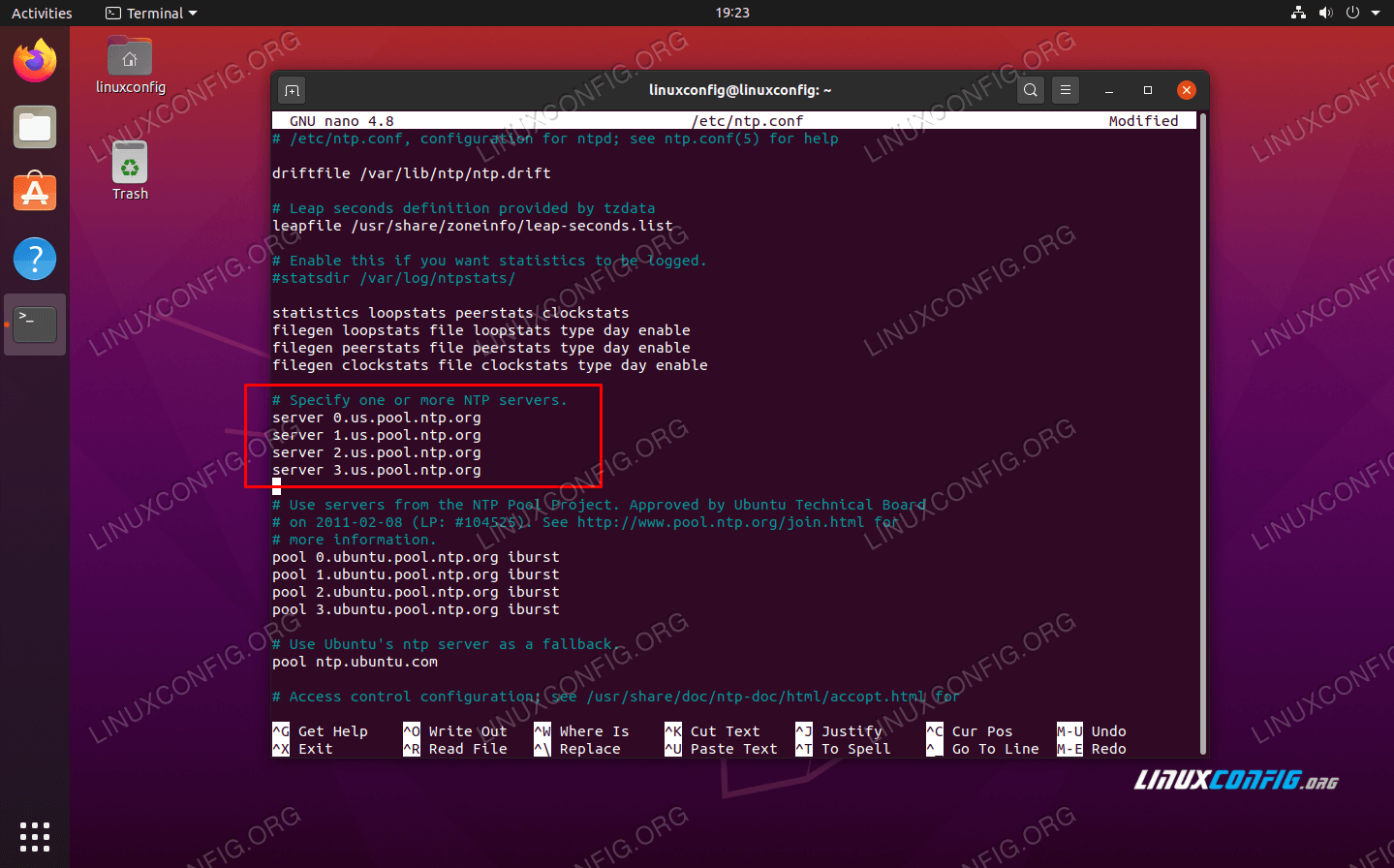 Enter the servers into the NTP config file

Once you’ve made these changes, save and exit the configuration file. Restart the NTP service for the changes to take effect:

Check on the status of the NTP service at any time with this command: 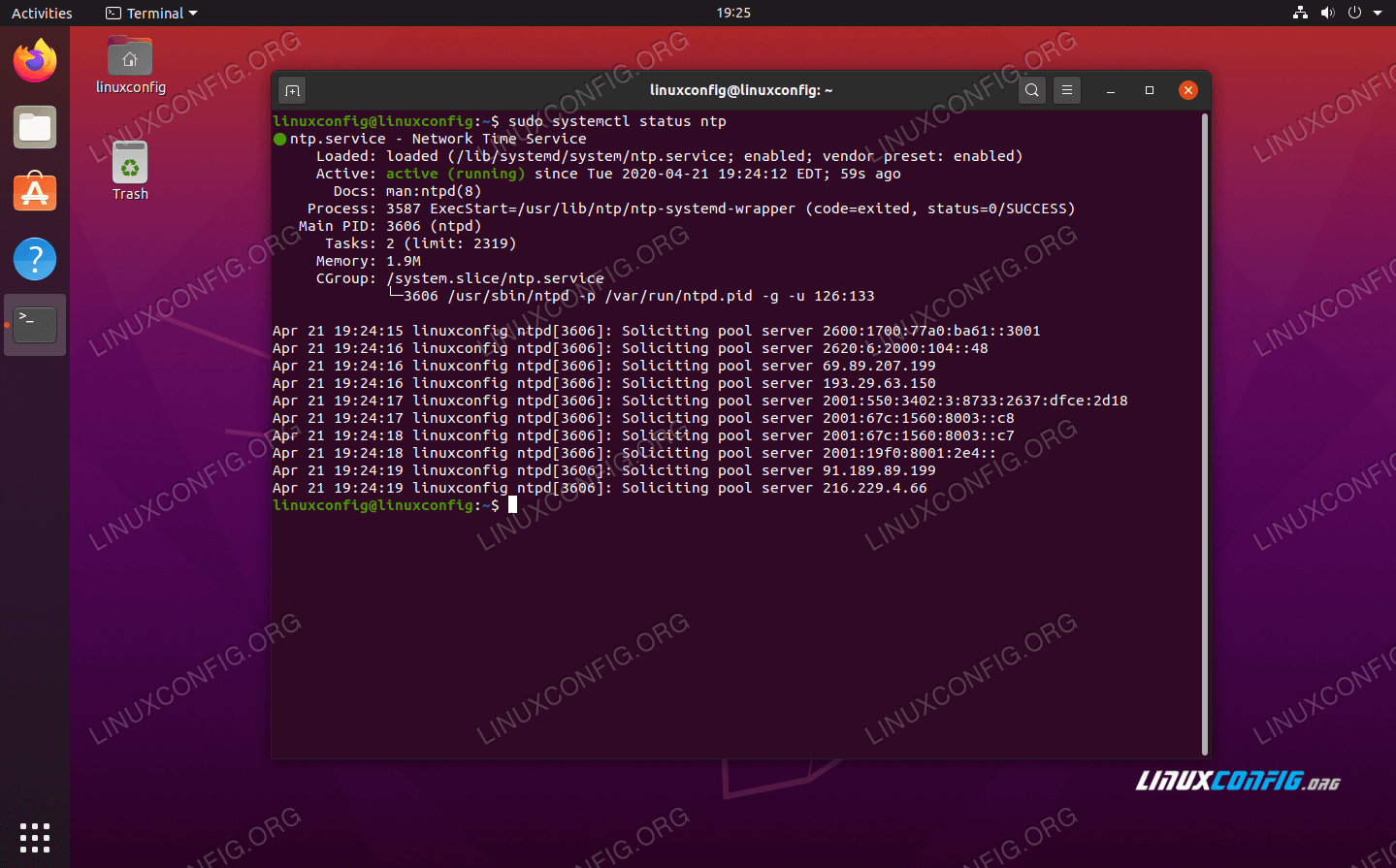 The status of NTP server daemon

Clients trying to connect to your NTP server will be doing so on UDP port 123. If you have the UFW firewall enabled on you system, be sure to configure it to allow these incoming connection requests:

Now that we have an NTP server up and running, we will show how client systems can connect to it for time synchronization. Just follow the steps below on your client systems:

In this article, we learned about the National Time Protocol (NTP) and how to setup our own NTP server on Ubuntu 20.04 Focal Fossa. We also saw how to configure a client machine (or multiple machines, as is usually the case) to connect to the NTP server for time synchronization.