One of the many desirable features built directly into Docker is networking. Docker’s networking feature can be accessed by using a --link flag which allows to connect any number of Docker containers without the need to expose a container’s internal ports to the outside world.

In this guide, you will learn how to network two or more Docker containers together on a Linux system through command line instructions. This will work on any Linux distribution. Check out the step by step instructions below to find out how. 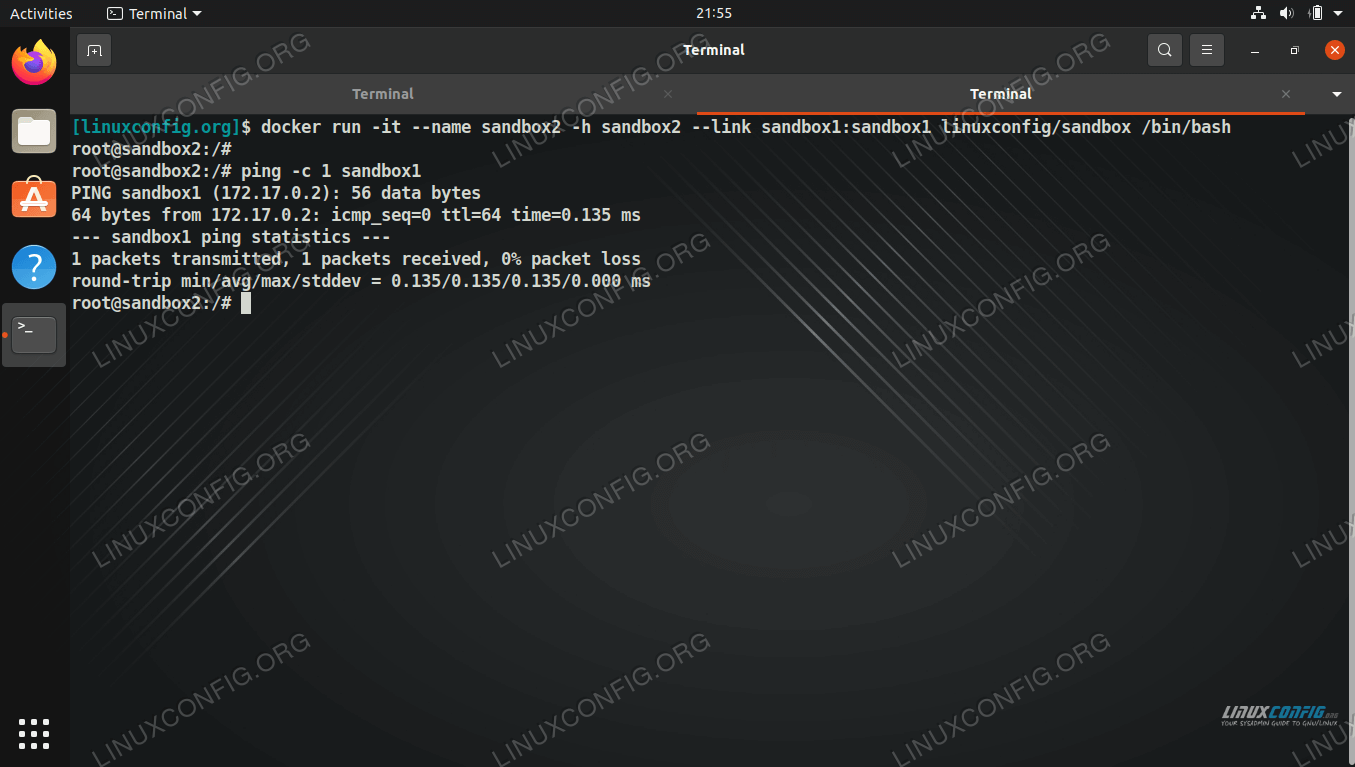 Linking two Docker containers together through networking on Linux

We are able to communicate from sandbox1 container to sandbox2, as evidenced by the ping command

That’s all there is to it. Our two containers can now communicate with each other and services like SSH work between them. You can apply this same configuration to any two or more Docker containers that you need to network together.