After installing Docker on Fedora, AlmaLinux, Manjaro, or some other distro, it’s time to install more containers. Once you have a Docker container up and running on a Linux system, one of the things you’ll likely need to do is run commands inside the container. This allows you to use the container similarly to how you would a physical machine, except that Docker has done most of the setup legwork for us already.

There are already two commands available that allow us to run commands on a Docker container. The first one is docker exec, and the second command, which allows us to attach to a running container, is docker attach. These commands usually suffice, but you may find yourself in a scenario where you’d prefer to use SSH to connect to the Docker container and manage it. 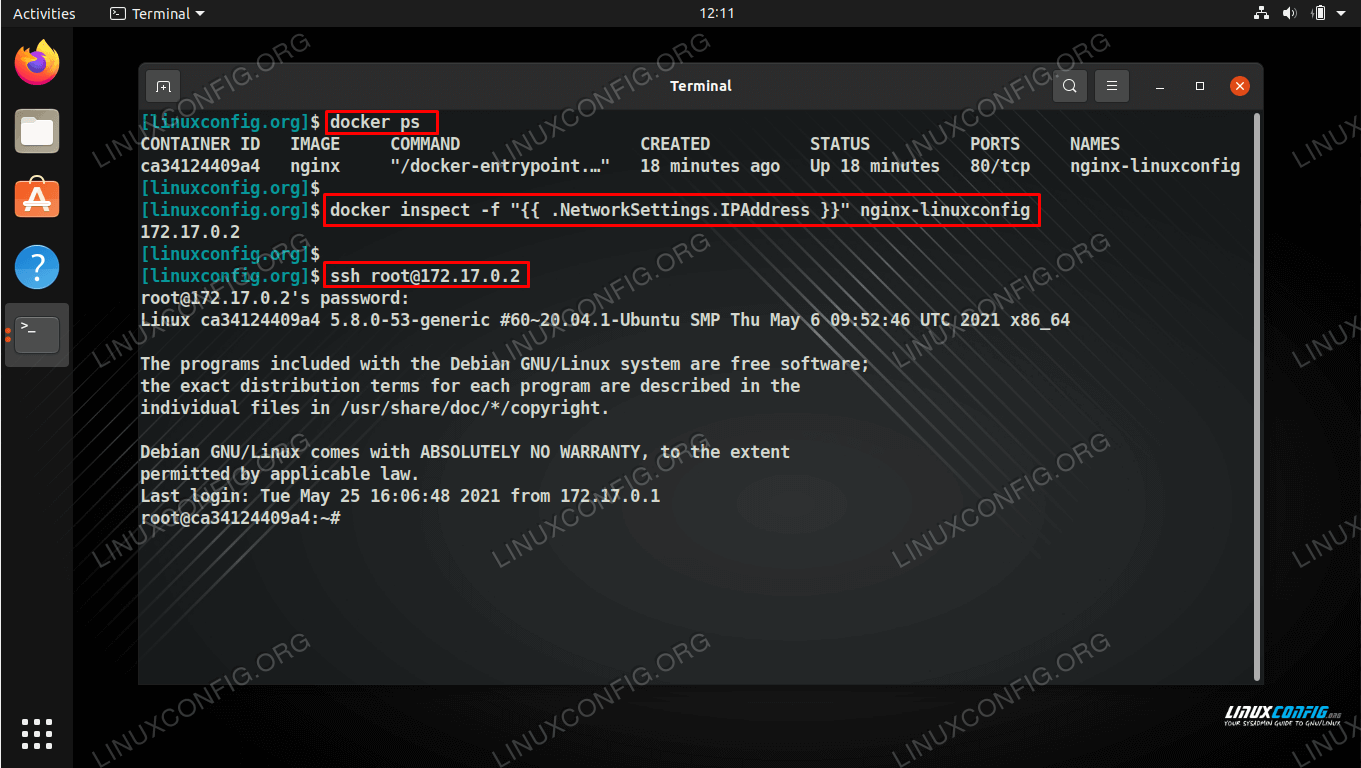 Connecting to a running Docker container via SSH on Linux

Connect to Docker container via SSH

For this example, we’ve already installed Docker and an NGINX image by using the docker pull nginx command. Follow the step by step instructions below to see how we determine the container’s IP address, and then use the SSH command to connect to the running container. 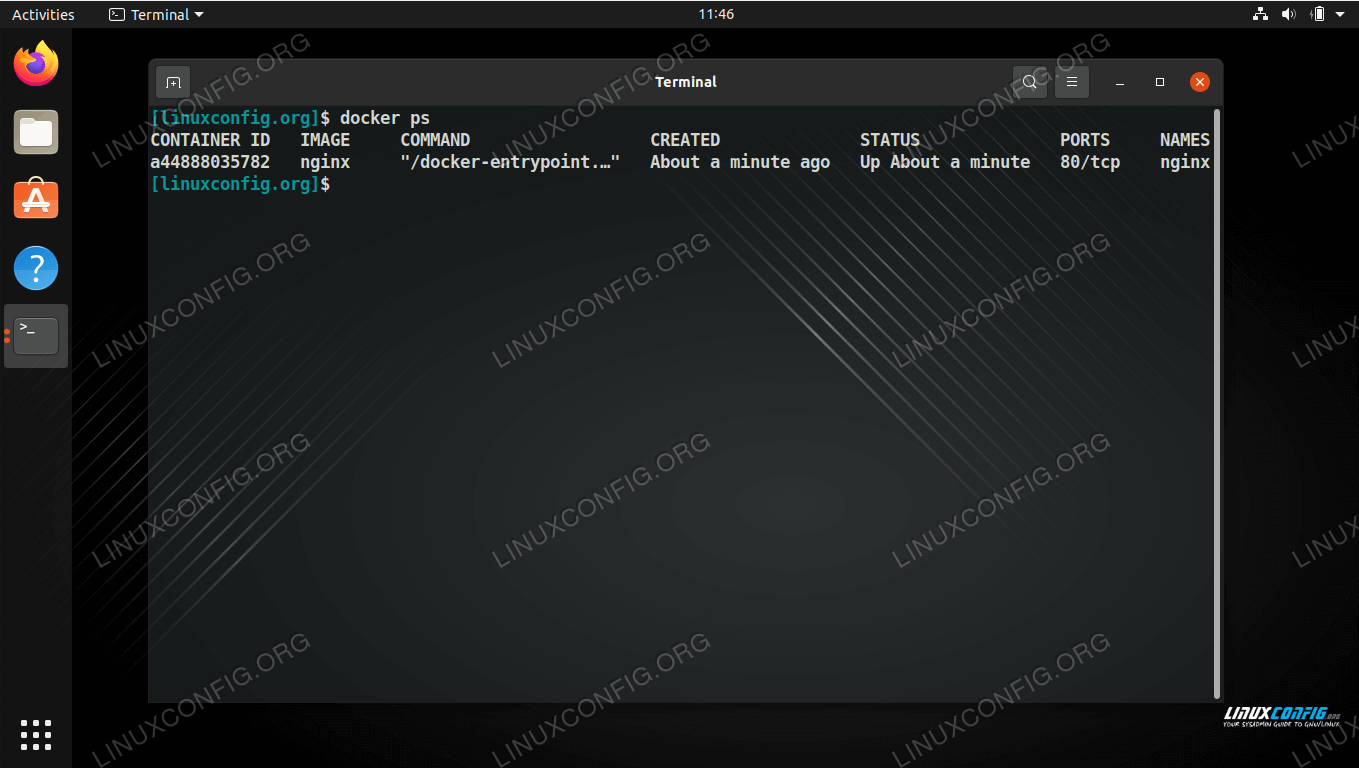 Viewing the currently running Docker containers on our system 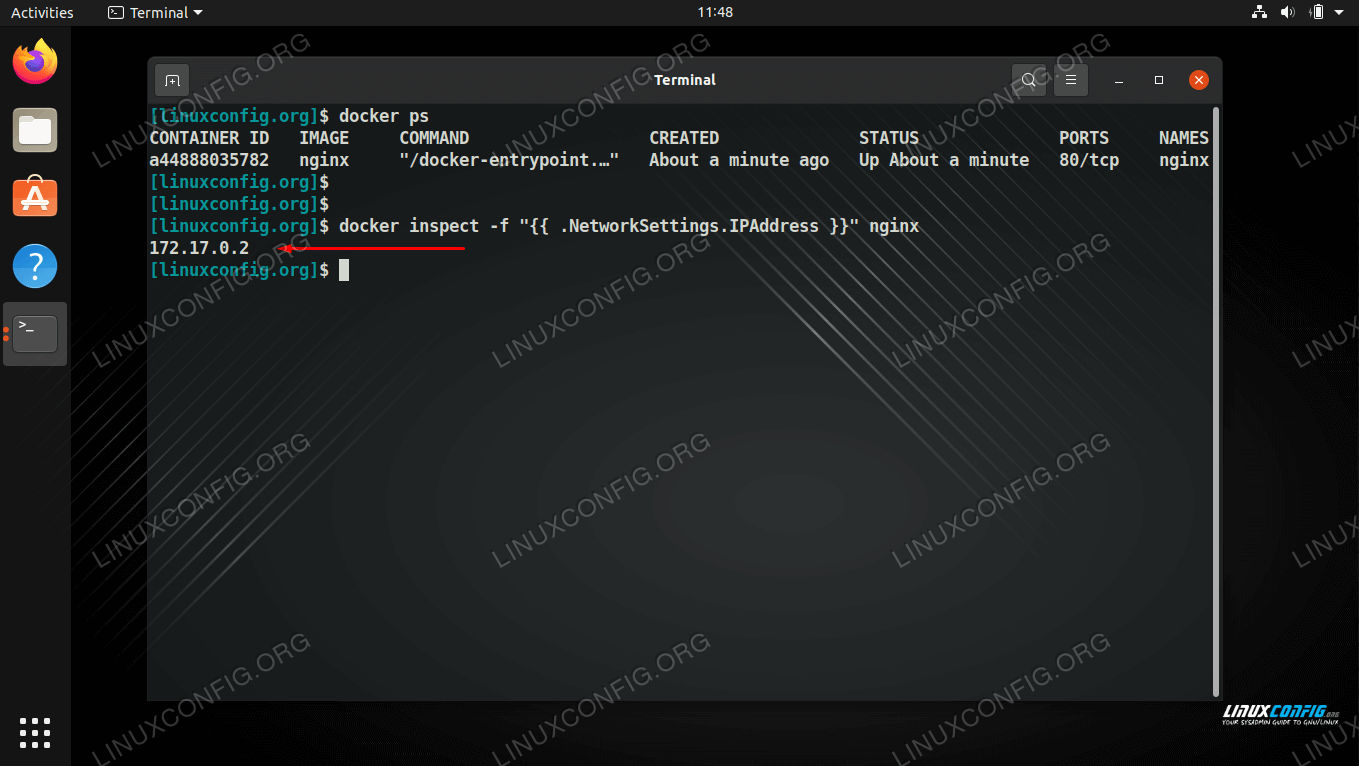 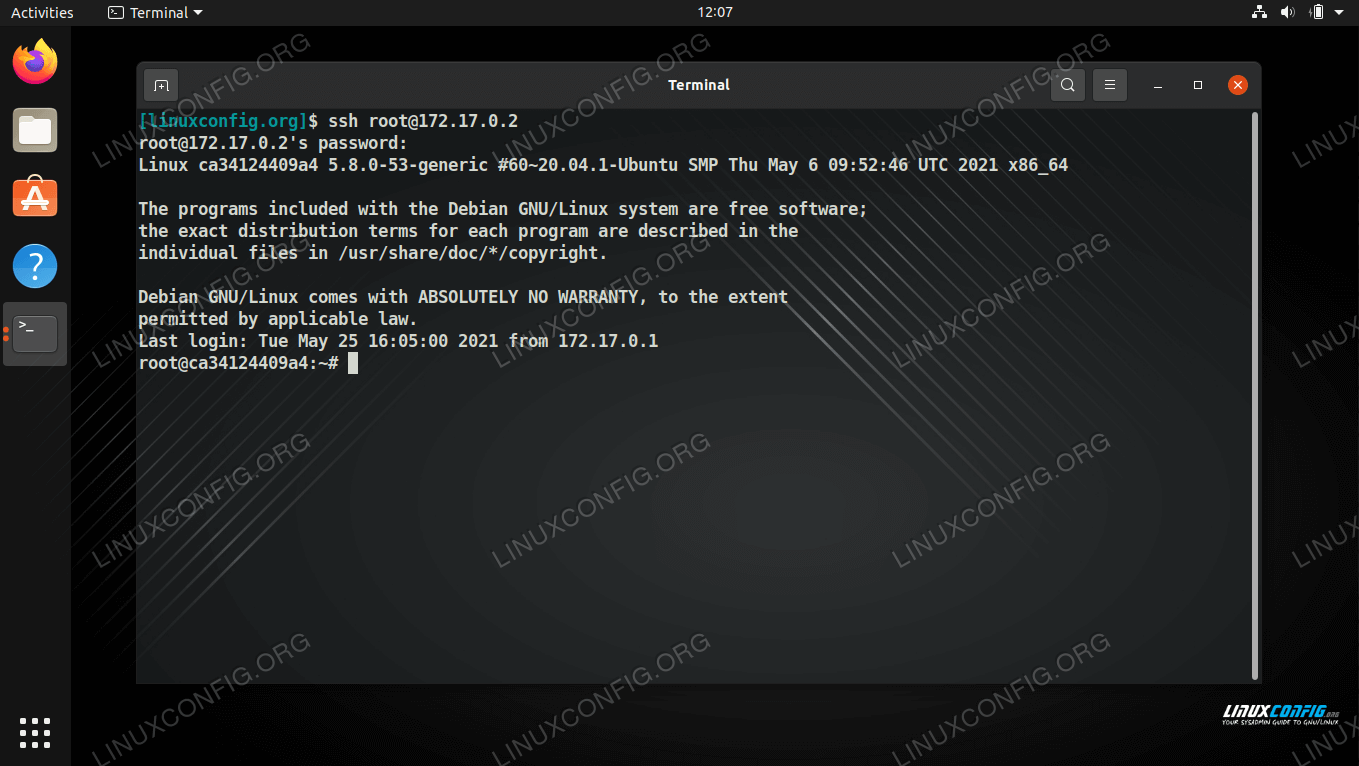 We can now successfully SSH into the Docker container

That’s all there is to it. Now you are able to connect to your running container via SSH to run commands and manage it. Of course, the method of using docker exec command should continue working as well, and can accomplish much the same thing.

In this guide, we saw how to connect to a running Docker container from the host system via SSH. Docker already gives us multiple ways to connect to a container, but having the ability to SSH into containers can be nice for some situations. The tricky part is that most containers don’t already have SSH installed, since they are normally configured with the bare minimum requirements. This requires a few extra steps on our part, but as you’ve seen here, it’s not that hard to do.