When coding Bash scripts – especially when developing scripts for functionality testing – we sometimes need to generate a random number or random input. These numbers may also need to be within a specific range. This article will teach you how to perform random number generation in Bash. 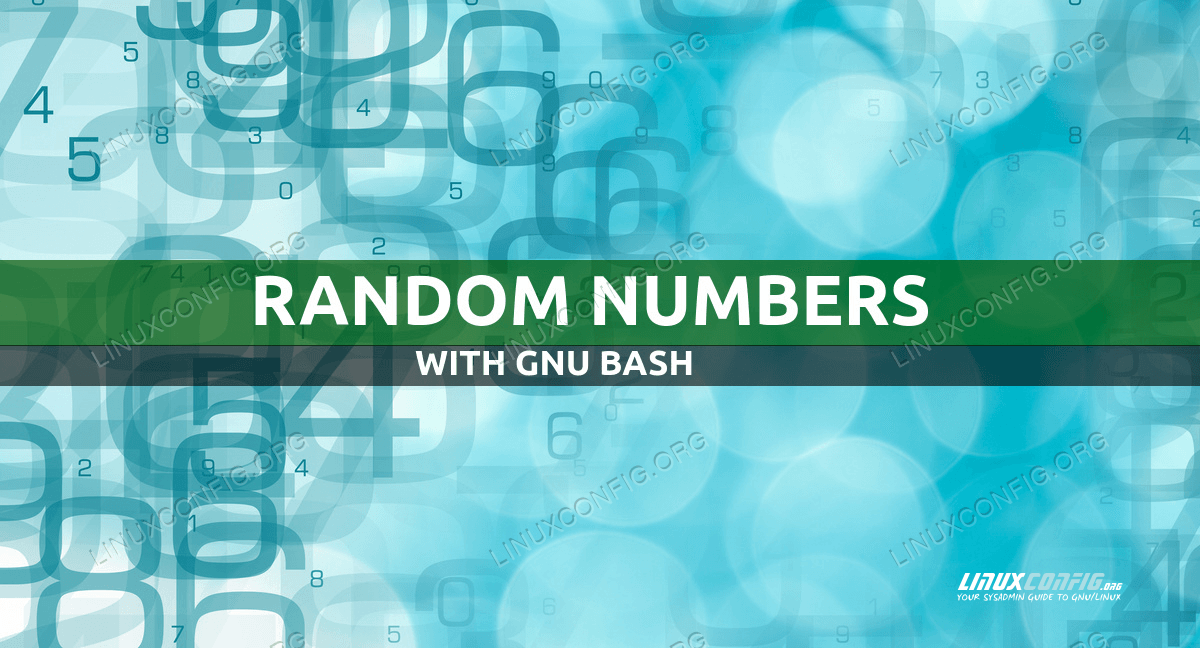 That was simple wasn’t it?

There are a few challenges with this approach though; it is not very usable as it stands: the random number could be 1 or 32000. Also noteworthy is that whilst the returned number seems random, it is actually influenced by how the random entropy variable (RANDOM=) is initialized. This will be the focus for another article. A quick example of how you can make it more random would be;

Note that the random number 16807 is not really that random, as the random generator was seeded with the same 1.

The RANDOM=$(date +%s%N | cut -b10-19) command is a much better random generator entropy seeder based on second and nanosecond time.

Example 2: Numbers in a range

And we can also use an alternative syntax/command. This time we will generate a random number between 1 and 117:

Please consider the following example, generating a random number between 11 and 30:

In this article, we learned how to generate a random number in Bash, in any preferred range. We also touched briefly on how randomness in Bash works via an entropy seed initialized random generator.

Show us some of your $RANDOM creations in the comments below! Enjoy!