The unmanaged network issue occurs when on previously GUI less Debian system the GUI and the Network Manager is installed. The reason is that Network Manager has been denied access to network management. 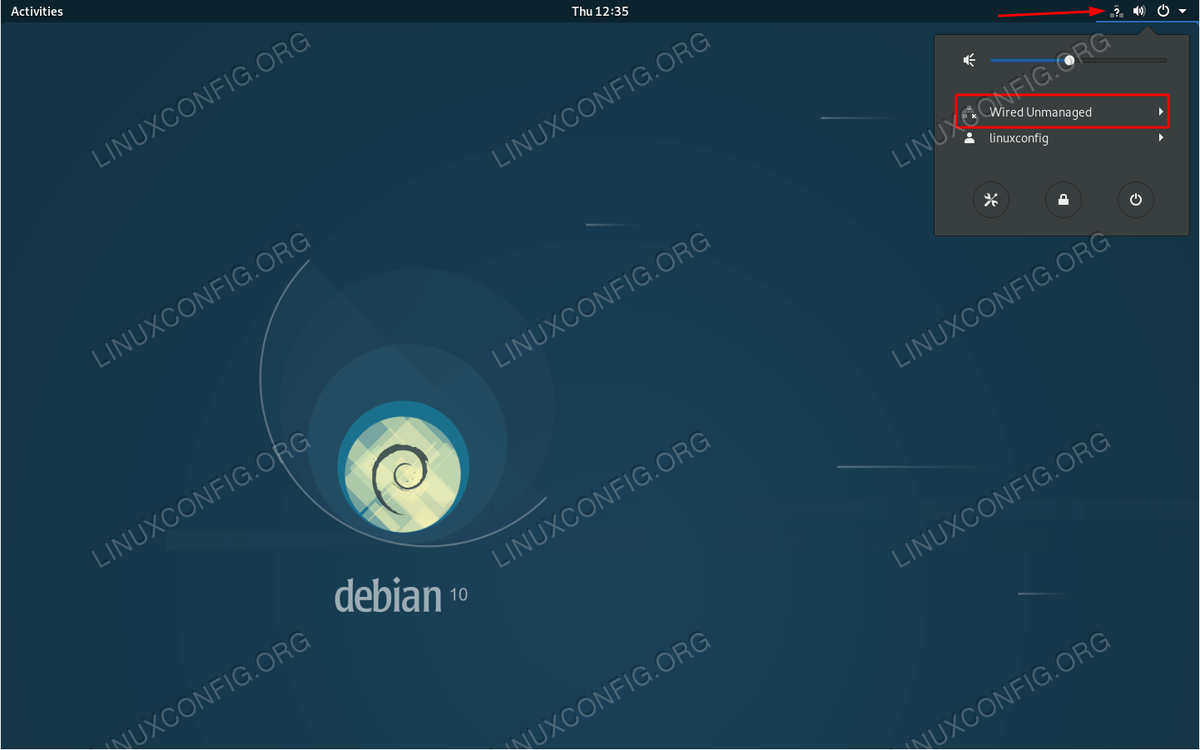 Rather then seeing Unmanaged network icon as an issue it should be seen as an alternative. Not always the user might wish to give an access to manage the network to the NetworkManager.

In case you wish to manage your system network via NetworkManager this is how you can do it: 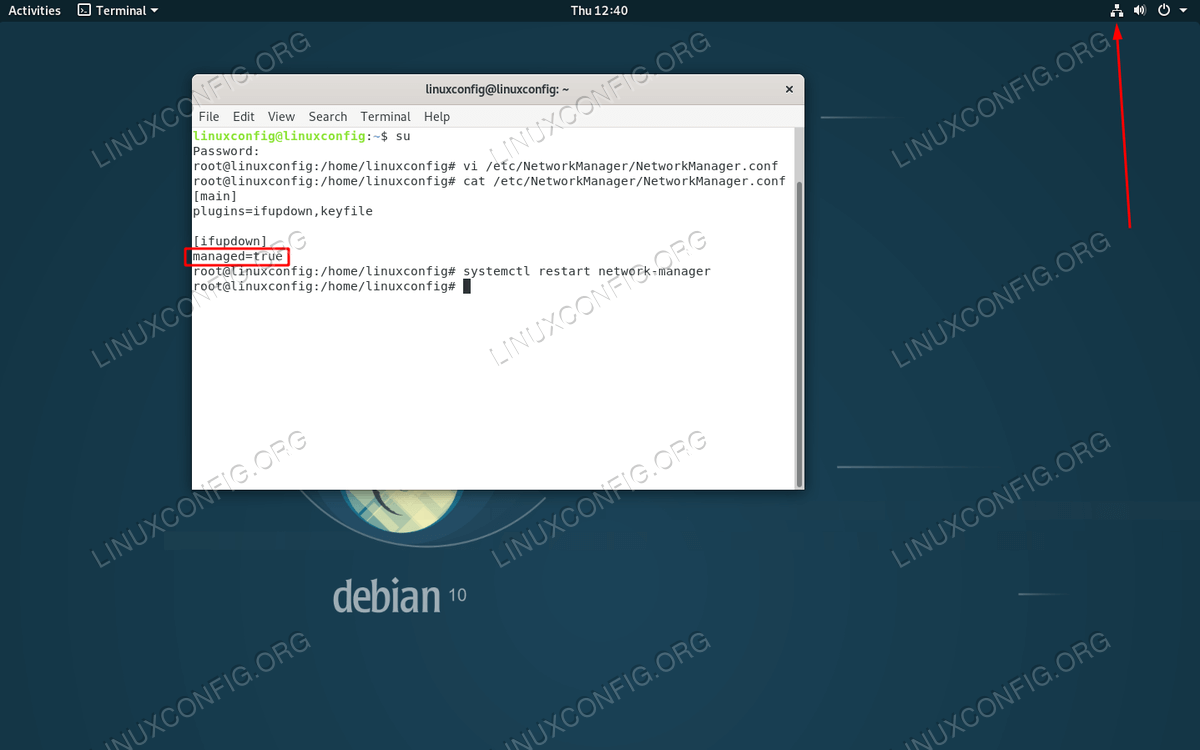 Debian’s system network is now managed by the NetworkManager daemon