The uname command in Linux is one of the frequently used commands. On Linux systems, there are a multitude of commands that can be used to print system information. We cover many of these commands in our guide about getting to know the hardware of your Linux box. One such command would be uname, which is especially good for listing information about the operating system itself and the Linux kernel that is running.

In this guide, you will learn about the uname command and get to know its various options that can be used to display certain kinds of information about your system. Follow along with the examples below to see how it works. 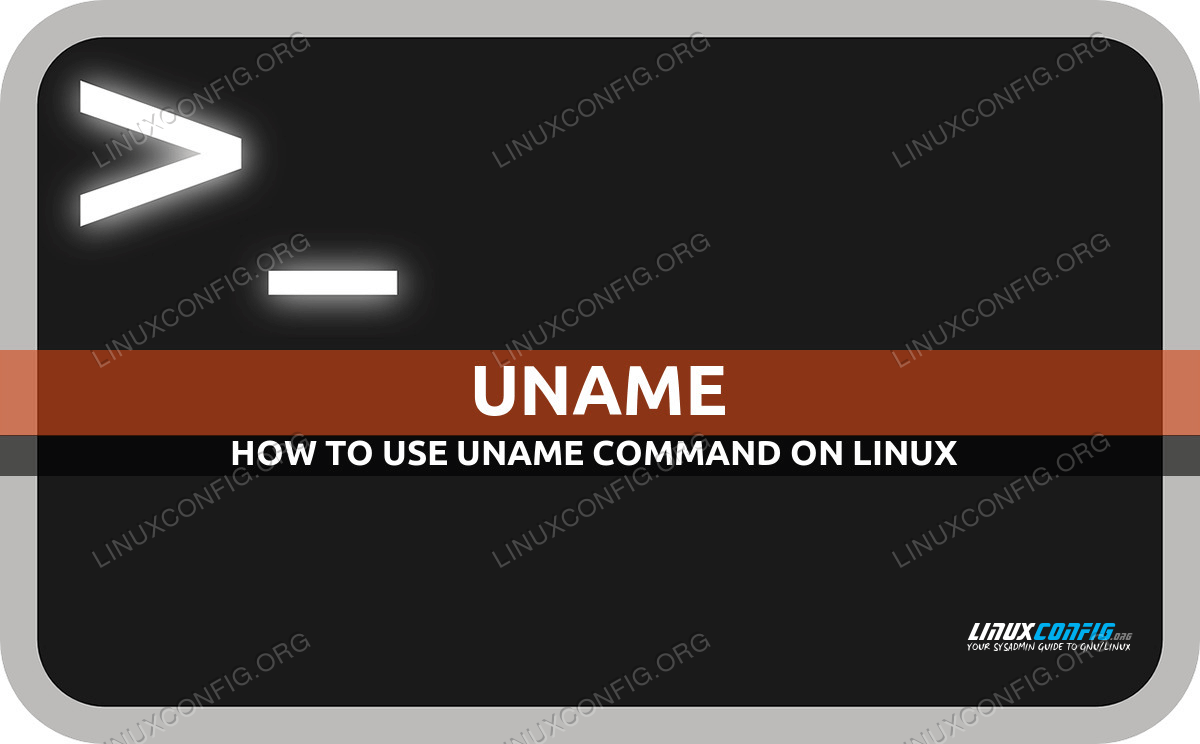 The uname command shows information about the operating system, distribution name, and kernel version. Take a look at some of the examples below to see how the uname command in Linux actually works.

Keep in mind that some distributions may not display the same amount of information as others. For example, some distros may display the name or code name of the distribution in the uname output, while others will simply say “Linux.” It just depends on the how the developers listed that information. 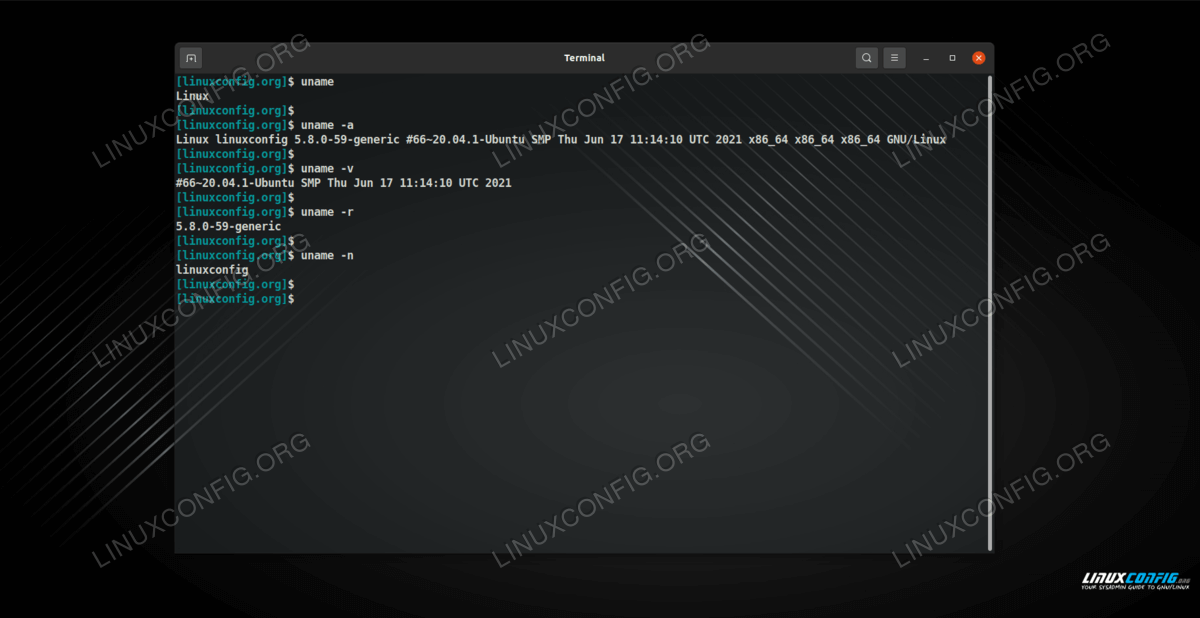 NOTE
You can always use the man command to read more about the uname command and its official documentation. Click the previous link to see how to open the manual pages for any command on a Linux system.

The commands above covered some of the most frequently used options for the uname command. Since it’s a basic command that is simply used to print out system information, there’s not a lot of advanced things you can use it for. However, there are a couple of things you might be interested to know about this command.

In this guide, we learned all about the uname command on Linux. The uname command provides us some essential information about our system. If you find some of the switches difficult to remember or simply irrelevant, the only thing you need to know for sure is that the -a option will list all the information. From there, you can simply sift through the relatively small output to glean the information you need.