Etherpad is an Open Source, web-based and real-time collaborative editor. It allows multiple persons, using their web browsers to edit a document at the same time. It also offers some cool features like rich text formatting and instant messaging.

The objective is to install Etherpad on Ubuntu 16.04 Linux.

Etherpad relies on node.js. We will install its latest stable version by using the following linux commands:

Whether you want to be able to connect remotely to your corporate network or to construct a virtual network between two remote points, through an unsecure network (eg: Internet), you will somehow need a VPN (Virtual Private Network). A VPN allows you to securely connect to a remote LAN (Local Area Network) through Internet or untrusted networks.

SoftEther is an Open Source VPN Server, an alternative to OpenVPN. It's thought to be the world's most powerful and easy-to-user multi-protocol VPN software. Our article concerns how to setup SoftEther on Ubuntu Xenial Xerus Linux.

What you will need

Note that binaries used for this article are x64 architectures. If your machine is not x64, you need to choose the suitable binaries.

Upgrade the system:
Install (if not installed yet) build-essential for compilation purpose:

Popcorn Time streams movies and TV shows from torrents directly into your screen. The objective is to install Popcorn Time movie streamer on Ubuntu 16.04 Linux.

In this step we will download and extract Popcorn Time binaries into /opt/popcorn-time directory:

Go is an open source programming language developed by Google. The objective is to install latest Go language pre-compiled binaries on Ubuntu 16.04 Linux.

First, we need to download Go language binaries. Visit https://golang.org/dl/ page and either download your relevant Golang Linux libraries directly using your browser or simply use wget command as shown below: Once downloaded, you should be able to see the Go tarball with ls command:

The latest AMDGPU drivers launched from AMD only a few short days ago bringing changes like FreeSync support and additional support for mobile chipsets as well as the obvious performance improvements.

Like the previous versions of the proprietary AMDGPU driver, only "Enterprise Grade" distributions are supported, so you won't find official Ubuntu 16.10 support just yet. Ubuntu 16.04 is continuing to be supported, and that will be the target of this guide.

AMD has provided the packages required for the install in a tarball. The reason for a tarball of .deb packages instead of the .run installer of previous AMD drivers is that AMDGPU-PRO functions by providing its own custom versions of key pieces of software needed for the drivers to function properly.

AMDGPU-PRO is build ton the open source AMDGPU drivers, and just like those drivers, requires newer versions of Mesa, DRM, and the Kernel. To ensure that these requirements are met, they are provided. You can get the tarball one of two ways. If you prefer to use your browser, go to AMD's website and download the drivers and untar them with your graphical archive manager of choice. If you'd prefer to use the command line, wget the package directly and untar it from the command line.

How to install KODI media software on Ubuntu 16.04 Linux Desktop

How to Install Node.js on Ubuntu 16.04 Xenial Xerus Linux server

The objective is to install Node.js the cross-platform JavaScript runtime environment on Ubuntu 16.04 Xenial Xerus Linux

There are multiple ways on how to install Node.js on your Ubuntu 16.04 Xenial Xerus Linux server. The below steps will show you how to install Node.js using a standard Ubuntu repository, PPA repository, Node.js native setup script and by use of Node Version Manager. The easiest installation is by using standard Ubuntu repository, however it yields lower Node.js version. If you need a bleeding-edge Node.js version you better opt for an automatic installation using the Node.js native setup script.

How to install Android Studio on Ubuntu 16.04 Xenial Xerus Linux

The objective is to perform an installation of the Android Studio on Ubuntu 16.04 Xenial Xerus Linux

The first step is to use web browser and navigate to https://developer.android.com/studio/ to download Android Studio IDE for Linux. Save the zipped bundle file locally into eg. Downloads directory. 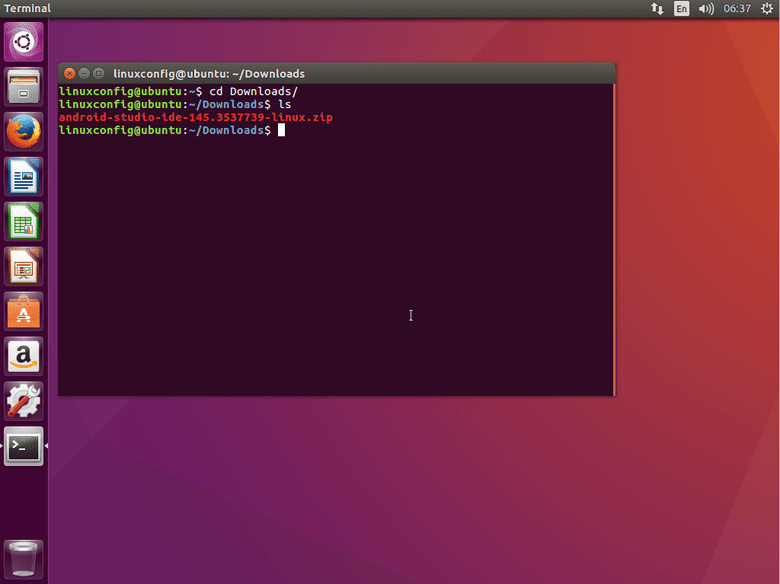 Android Studio requires few prerequisites before it can be installed. Run the following linux command to fulfill this requirement:

The objective is to install TeamViewer the remote control and desktop sharing software on Ubuntu 16.04 Xenial Xerus Linux

We will be using gdebi command to install TeamViewer as it allows us to automatically download all required TeamViewer dependencies. If you have not done so yet install gdebi package:

At the time of writing only multi-arch TeamViewer package is available. Use your browser to download Ubuntu version of TeamViewer or execute the below wget command, while updating the below URL is necessary:

The objective is to install Google Chrome browser on on Ubuntu 16.04 Xenial Xerus Linux.

The easiest way to install external *.deb packages such as google chrome, is by use of gdebi tool. gdebi will automatically fetch and install all chrome's dependencies. If you have not done so yet, install gdebi now:

Protecting Your Chat With qTox on Ubuntu Linux

Many people rely on proprietary chat solutions like Skype, but those solutions pose serious concerns for both privacy and security. Additionally, development of the Skype Linux client has been unpredictable at best, even stalling for a number of years, only to resume just recently.

Django is easily the most popular web framework written in Python. It strikes a delicate balance between feature completeness and efficiency, including powerful features like automatic migration generation and a full-featured admin interface. Setting up a Django development environment in Ubuntu is fairly easy, and can be done in only a few steps.

It’s best to use a Python virtual environment when developing in a complex framework like Django, especially if you intend to work on multiple projects at once. It’s also probably a good idea to make sure that you have both versions of Python up to date.

Git has become the default version control system for much of the open source world. While Git hosting services like Github and Bitbucket are good and work well, they leave you dependent on those services for everything, including crucial factors like uptime and security. Aside from that, neither of those services are open source. Thankfully, an alternative exists in the form of Gitlab.

Gitlab is an open source Git repository service written in Ruby on Rails that can either be self-hosted, or purchased as a service. Hosting Gitlab is fairly easy, especially since it comes in a per-configured "Omnibus" package.

A beginner's introduction to snaps the universal Linux package format

What are snaps and why you should use them? The Linux ecosystem has suffered from an old problem since the dawn of the concept of 'distribution', and that problem is fragmentation. One of the biggest issues that cause this fragmentation is different package formats; I can't run my .debs on my Fedora system or my .rpms on my Ubuntu machine. Yes, we do have alien, which should allow the transition between the two formats, but there are two problems with this approach : there are other package formats besides rpm and deb and besides, alien doesn't always work as expected. So the issue is still there, or I should say, was there. Enter snap, the universal Linux package format, which strives to offer users and developers a single packaging format and easiness when it comes to creating new packages with the applications and libraries that are needed, ensuring that said packages are easily shareable between distributions. Dell, Samsung and the Linux Foundation are quoted as contributors, while among supported distributions are Fedora, Ubuntu, Arch or OpenSUSE.

This article will detail how to use snaps as a simple user, as well as instructions for developers/packagers on how to create snaps for others to use. The OS we're gonna use is Ubuntu 16.04, but the instructions below shouldn't be hard to adapt to other distributions.

This part will give you a tour of snap from a user perspective : how to install the necessary tools and how to use them for basic, day-to-day usage. First, you need to install snapcraft, a package that provide snap, the go-to tool for aforementioned day-to-day operations :