Ubuntu is an inherently lightweight operating system, capable of running on some pretty outdated hardware. Canonical (the developers of Ubuntu) even claims that, generally, a machine that can run Windows XP, Vista, Windows 7, or x86 OS X can run Ubuntu 20.04 perfectly fine. Let’s take a closer look at the hardware requirements below. 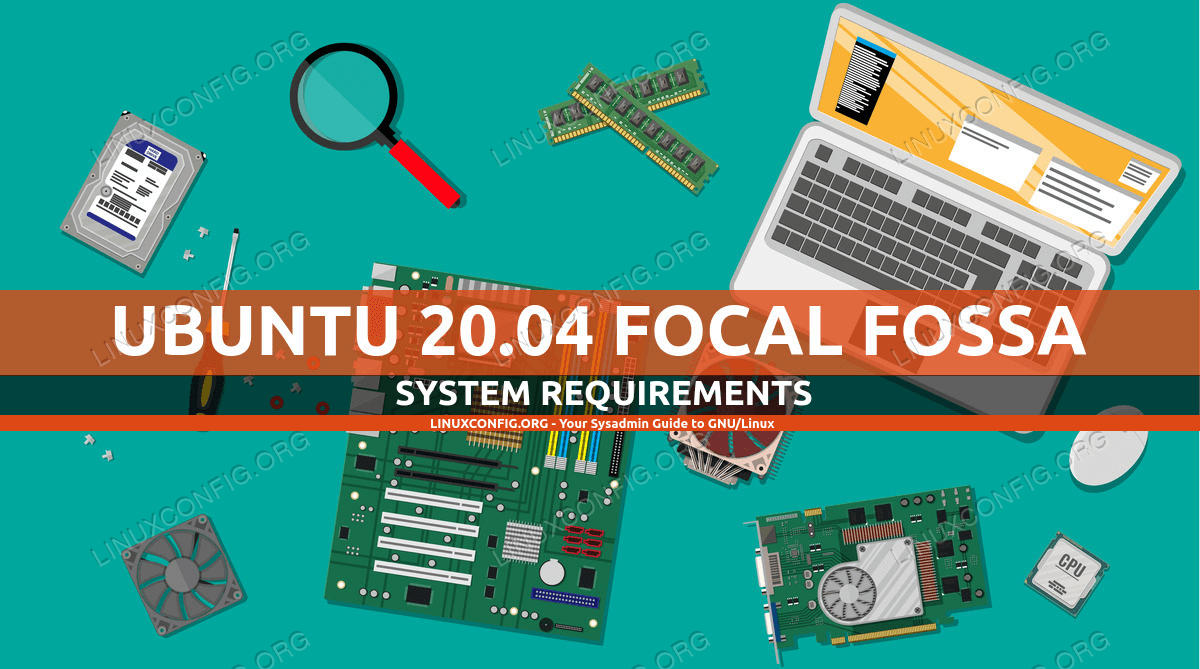 Here’s what Canonical lists as the recommended minimum system requirements for installing the desktop edition of Ubuntu 20.04 Focal Fossa (source). Keep in mind that this pertains to physical installs. Virtualized installs can actually get by with less. 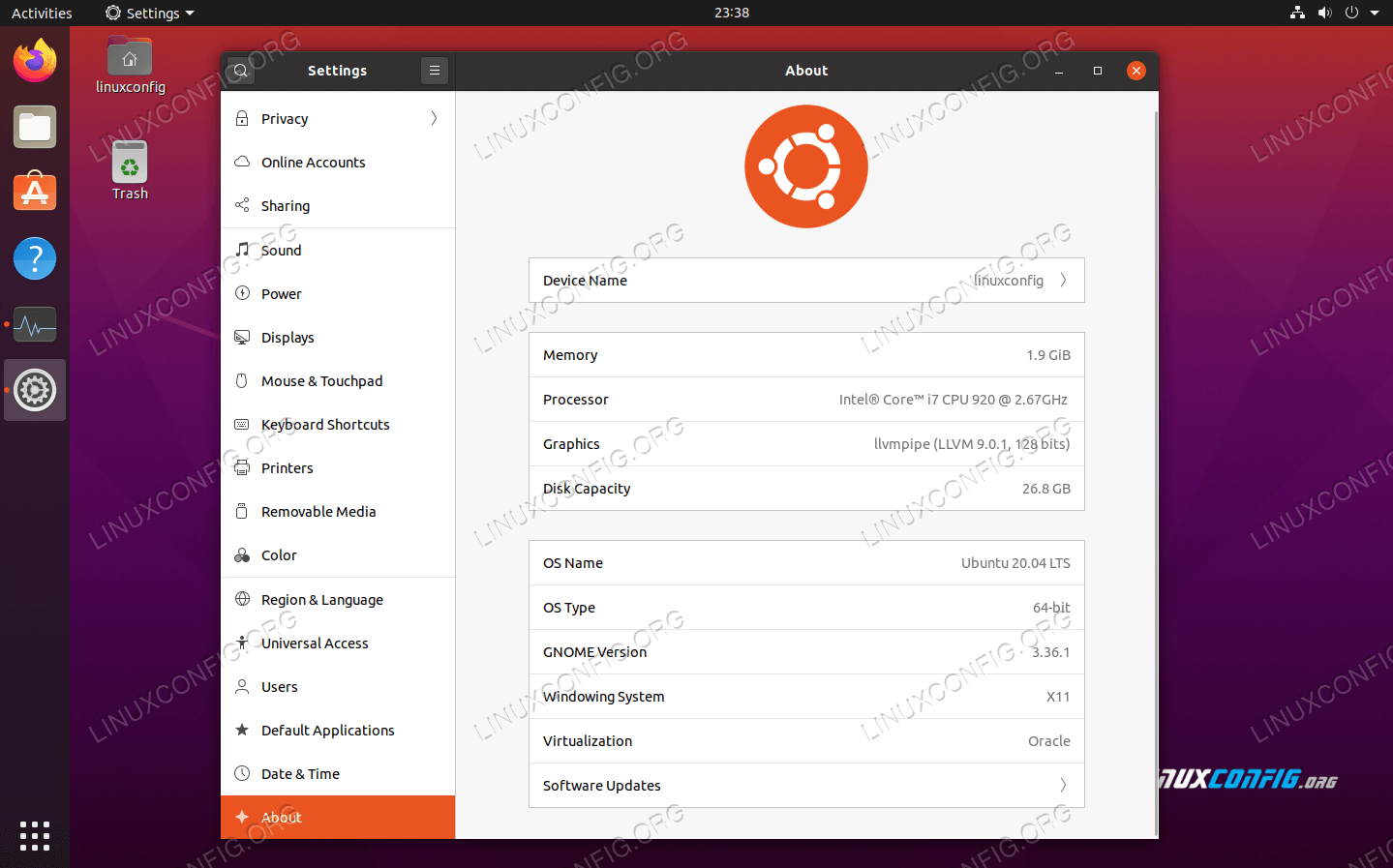 If you’re installing Ubuntu 20.04 into a virtual environment, Canonical says that your system only needs 2 GiB RAM in order to run comfortably. Their page doesn’t mention CPU or storage requirements, but here at Linuxconfig we work with virtualized Ubuntu on a daily basis and feel like these are good minimums for installing Ubuntu 20.04 (desktop edition) on a virtual machine:

WARNING
VirtualBox and other virtualization software often recommend 1 GiB of RAM for Ubuntu installs. Based on my own experience, I strongly advise that you use a minimum of 2 instead, as it leads to a far less frustrating experience.

Since everything on a Ubuntu 20.04 server is done by the command line, the lack of a GUI and its many dependencies means that the minimum system requirements are far lower. Canonical recommends the following for its server edition of Ubuntu (source):

The default desktop environment in Ubuntu 20.04 is GNOME. It runs fine on the vast majority of hardware, but if you’re working with a particularly low-spec computer or virtual environment, you can use a different desktop interface that has been optimized to use less system resources than GNOME does.

The recommendation is Xubuntu for a medium-lightweight desktop system, or the even more lightweight Lubuntu. Both of these desktop environments will use less system resources than GNOME. They also look a little different, and some users prefer them even if their system can run GNOME just fine.

Ubuntu’s low system requirements means that nearly anyone can run it, as lack of hardware power is rarely an obstacle. And even for those with a staggeringly old PC or a deprived virtual environment, ditching the default Ubuntu deskop edition for the server edition or GUI alternatives should help you manage to get the operating system running smoothly.

In this article, we covered the minimum system requirements for both the desktop edition and server edition of Ubuntu 20.04 Focal Fossa. We also touched on the requirements for a virtualized Ubuntu 20.04, as well as some lightweight GUI alternatives for particularly low-spec systems.