If you have ever needed to measure the duration of a command, this is the perfect tool to do so. This is a basic command with very few options and a simple purpose. So, it doesn’t take long to learn. In this tutorial, you’ll learn how to use it in Linux through examples. Follow along with our examples below to see how it works. 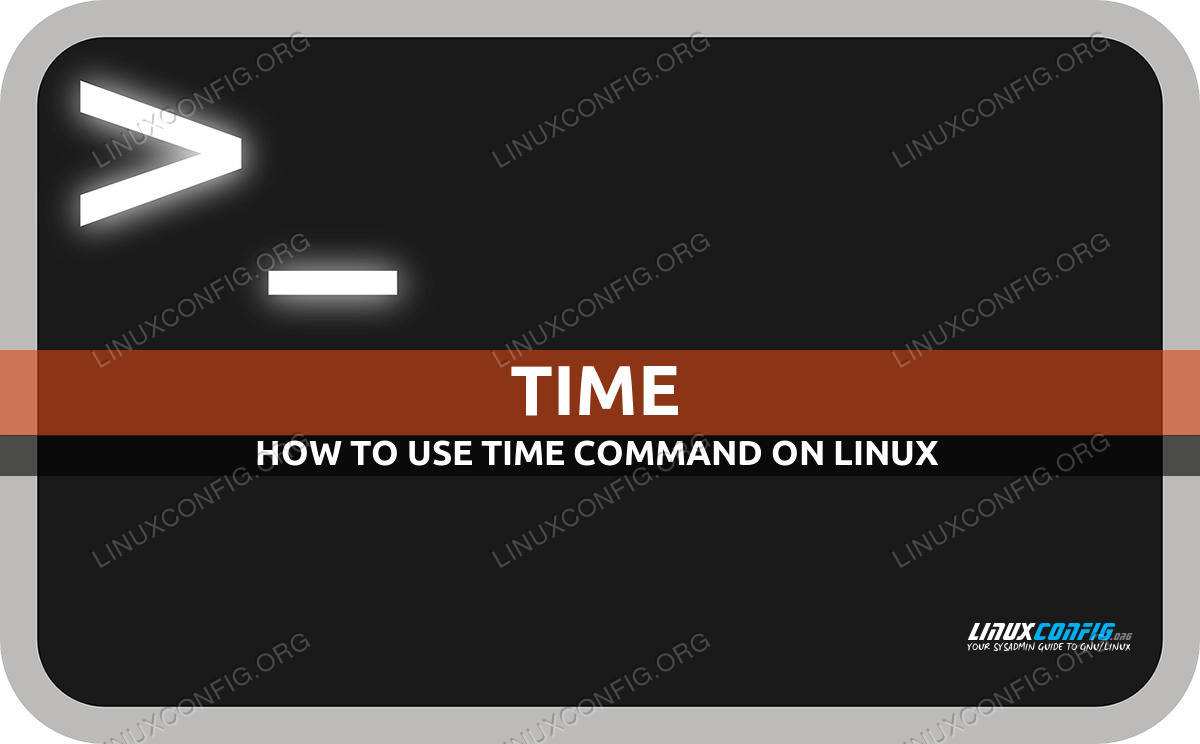 The time command has a simple syntax and a very simple purpose, so it doesn’t take long to learn. The following examples will teach you everything you need to know about the time command, and the advanced section will show you some lesser used options that may come in handy every once in a while.

Note that in this guide we are mainly working with the Bash time command. GNU and other system shells like zsh have their own versions of the time command, which work slightly differently. Mainly, their output looks a little different.

NOTE
You can always use the man command to read more about the time command and its official documentation. Click the previous link to see how to open the manual pages for any command on a Linux system.

The time command is pretty simple, and you will probably find that you don’t usually supply any extra options when running the command. However, there are a few different options that can supply with GNU time which will definitely come in handy in various situations. In this section of the guide, we’ll show you a few of the lesser known options that we think are useful.

In this guide, we learned all about the time command which is the only command you will need to know when you need to measure how long something takes to execute on a Linux system. This command is very simple, so usually you won’t need to run it with any extra options. However, we’ve shown you a few handy options in this guide which might prove useful in certain situations.