Every year, the question pops up; which Linux distribution is best? The reason that question persists the way it does is because there is no singular concrete answer. Most distributions are purpose built for certain situations, and even when they aren’t, there are bound to be conditions that they’re better and worse in.

This list attempts to pin down the best distributions for common use cases and situations. These are by no means the only options, but they are arguably the best as of now. Things in the Linux world always change, so keep an eye out for new developments. 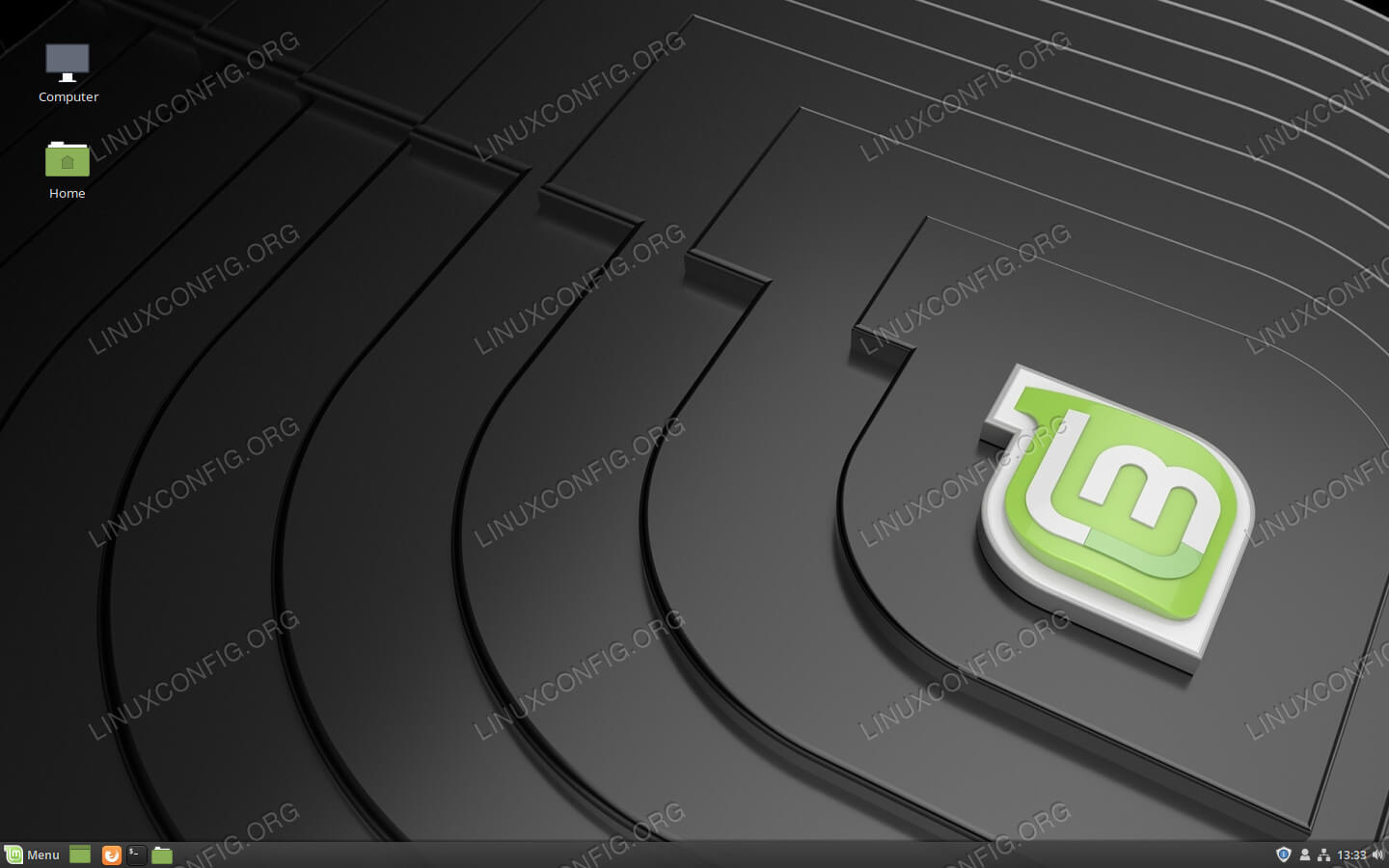 Linux Mint has always been a big favorite among Linux beginners, and that’s for good reason. Mint is Ubuntu, but with all the polish that you could want. Linux Mint comes pre-configured with common third party packages already installed and configured for you. There’s no need to know the ins and outs of a Linux system or which packages do what. That’s all taken care of for you.

The Linux Mint team went to even greater lengths to create a seriously user friendly desktop experience. They developed their own desktop environment, Cinnamon, to provide a design and philosophy that new and veteran Linux users alike would be at home in. Cinnamon has grown well beyond it’s Mint roots, and is now one of the most popular Linux desktop environments on any distribution.

Mint also benefits greatly from its Ubuntu base. Ubuntu is easily the most popular Linux distribution in the world(unless you count Android) and receives tons of third party support from software developers and the community alike. That support results in a wide array of packages for nearly every situation with regular updates. It’s hard to find software that supports Linux but not Ubuntu, and Mint, in turn, receives the exact same support.

Even if you’ve never used Linux a day in your life, you can pick up Mint and feel comfortable. As an Ubuntu and Debian derived distribution, it will also afford you plenty of room to grow over time, and explore what Linux has to offer. Gaming on Linux has been something of a hot button issue for years. Gamers are still divided on whether or not Linux is a viable operating system for gaming, but it’s becoming increasingly clear that with the right support, Linux is definitely a serious contender.

You can game on any Linux distribution. There’s nothing holding you back. That said, there are a few that make the endeavor much easier, and the Arch Linux based distributions stand above the rest. Arch has a massive and active community, similar to Ubuntu, but it also benefits from a bleeding edge rolling release schedule that provides all the latest software that helps to boost your system’s gaming performance.

Arch and its derivatives like Manjaro and Antergos are lightweight and simple distributions. They also afford nearly limitless customization. Lightweight and customizable distributions are excellent for gaming because they allow you to free up system resources for your games to use while still configuring your layout for an optimal gaming experience.

Arch empowers you to build your ideal gaming system and still have access to all the latest packages and software for everything you could possibly need. Even if there’s something Arch doesn’t package, the AUR will probably have you covered. 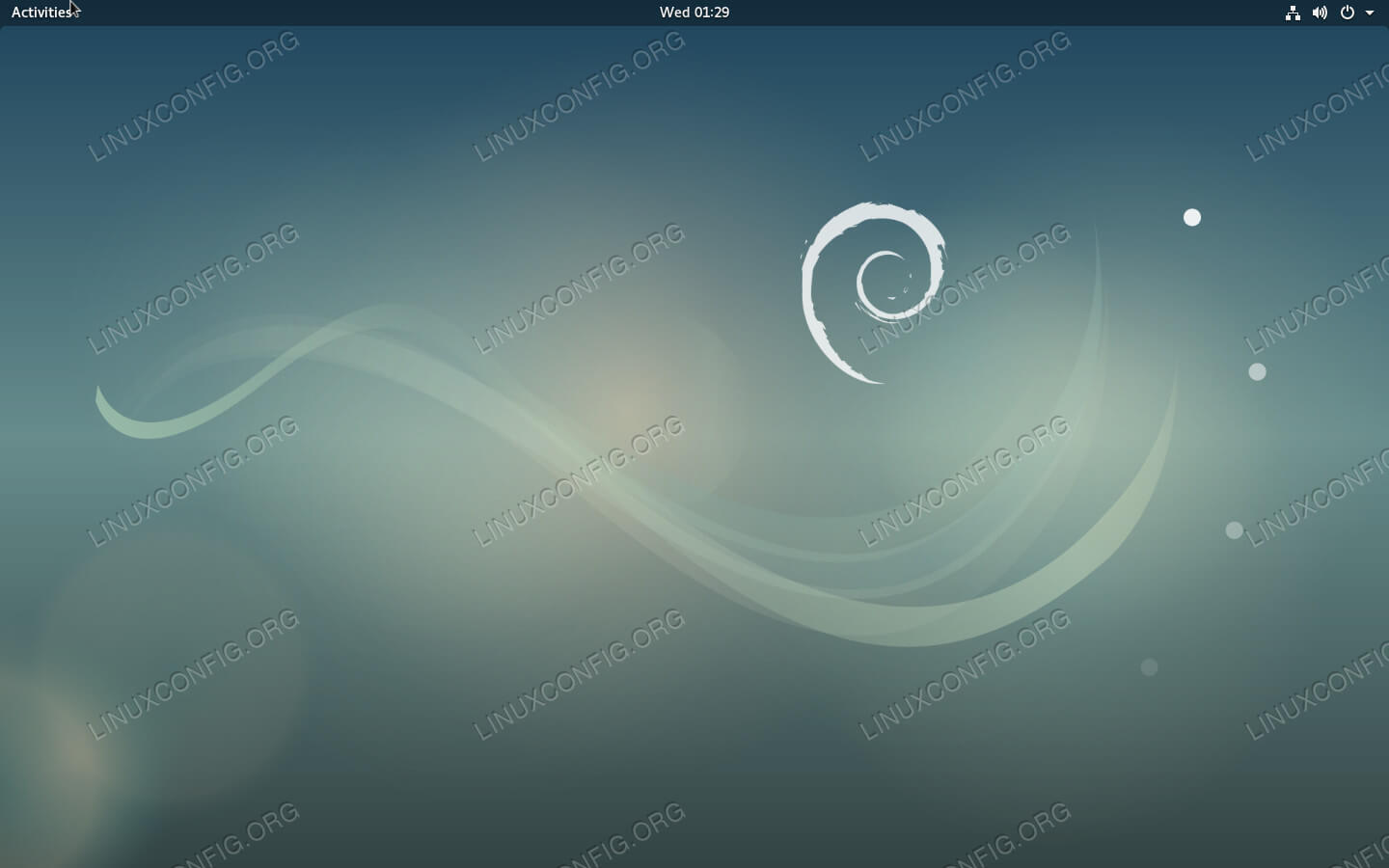 Server admins can be particular. They all have their distribution of choice, and a lot of that comes down to familiarity. That said, unless you’re working in an enterprise environment that demands third party enterprise support, Debian is always a great option.

Debian is one of the longest running distributions, and it’s spawned countless distributions along the way, including Ubuntu. A big part of the reason Debian has lasted as long as it has and remained relevant is its focus on stability. There’s no need to ever question the stability of a Debian release.

Debian may not have corporate backing, but it does have a gigantic community around it that support and develop the venerable distribution. That support leads to a gigantic package library, and even more third party package support. So, even though Debian’s repositories usually contain older packages, as with most server distros, there usually are updated versions available when you need them. 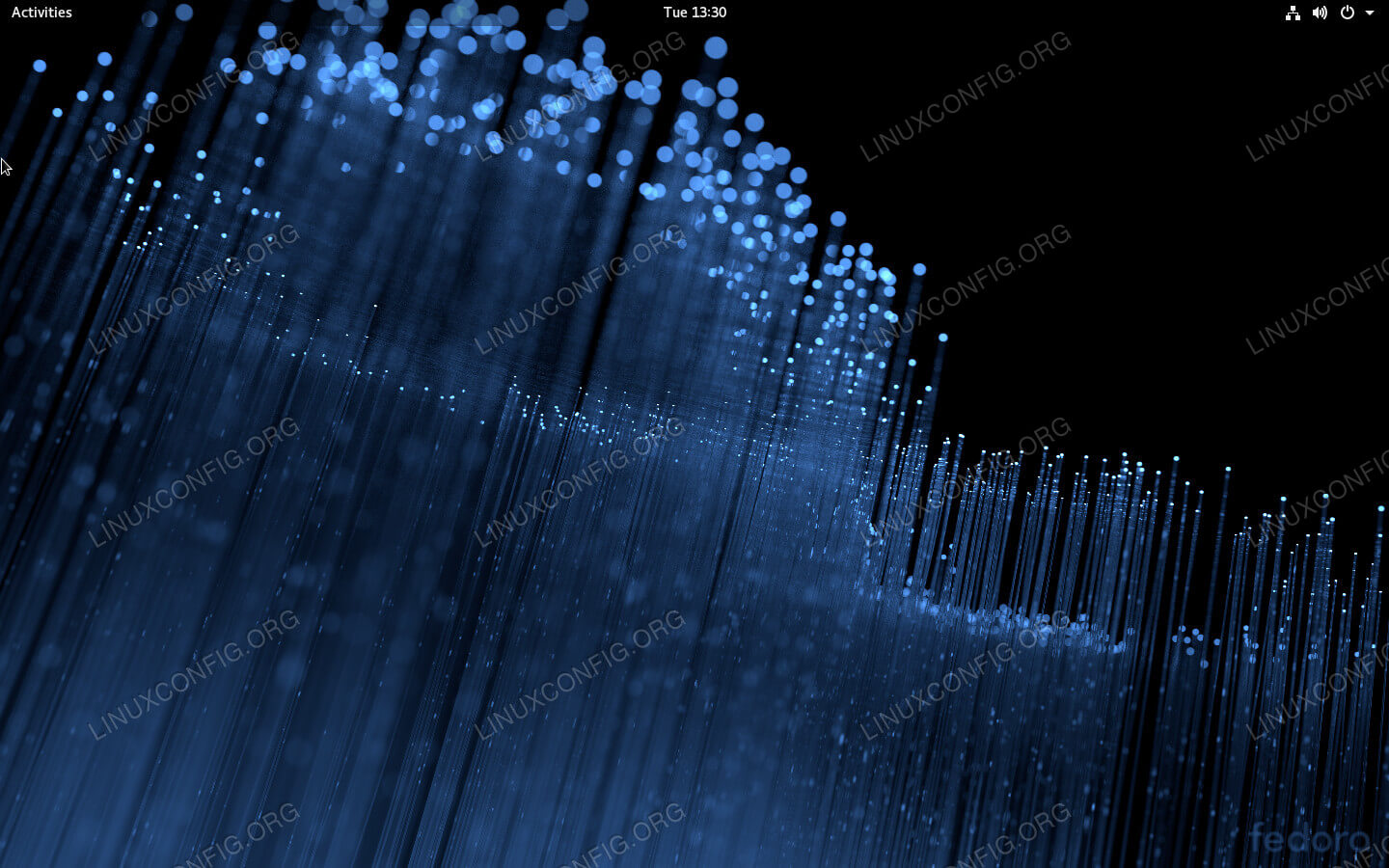 Some more experienced Linux users want a more balanced experience from their distribution. They’re not looking to have their hand held as much as a newbie, but they also don’t want to configure every little thing. The distributions that usually meet this need are often referred to as “intermediate distros” because the experience required to use them effectively usually falls somewhere between a beginner an expert. That said, plenty of experts prefer these type of distributions because of the time and work they save without sacrificing much in the way of control.

Fedora is currently the best option here for a whole host of reasons. First, Fedora’s got one of the best installers in the Linux world, Anaconda. The real strength of Anaconda comes from the fact that it can be as simple or detailed an install process as you need. You can run through Anaconda, use all the defaults, and get a perfectly functional system. At the same time, you can customize nearly everything about your installation and select from nearly all the available packages in Fedora to install as you set up your system, resulting in a perfectly tailored install from the start.

Fedora also has a fair amount of third party support and a wealth of packages available. Those packages are usually very well updated, and you shouldn’t have a hard time finding anything that you need in Fedora’s extended repository network with repos like RPMFusion included. 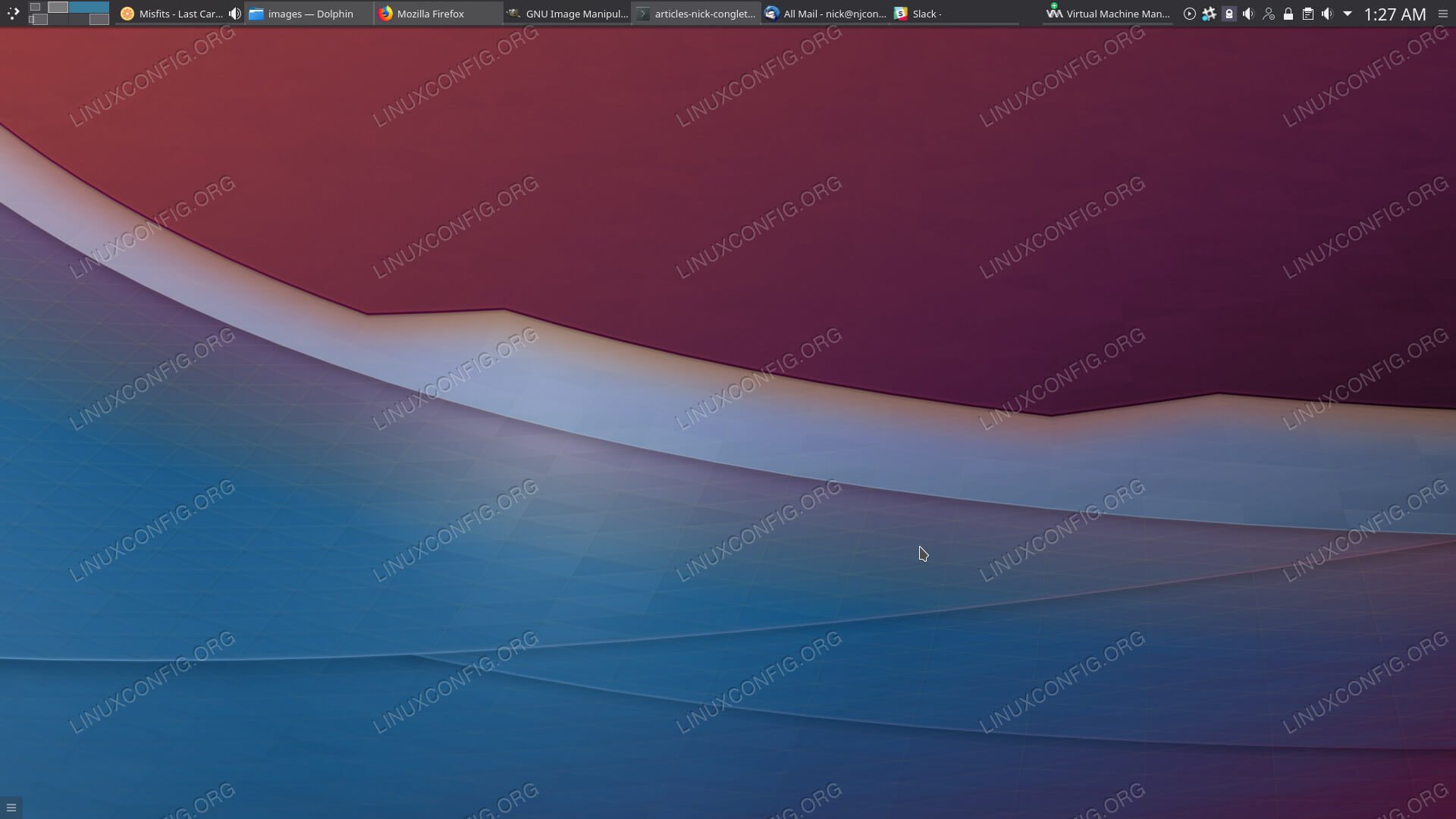 There are a select few distributions that cater almost exclusively to advanced Linux users. These distributions aren’t necessarily hard to use, but they do place the bulk of choice and power in the user’s hands without determining too many things for you. While this kind of setup gives you a lot more control, it also opens the door to mistakes.

While Arch and Slackware are excellent distributions, Gentoo stands out in terms of unbeatable flexibility and control. Gentoo isn’t a traditional distribution. It even refers to itself as a meta-distribtion because Gentoo doesn’t provide you with a complete install. Instead, Gentoo provides you with a toolbox and instructions and lets you build and maintain your own distribution with relative ease.

Gentoo doesn’t have many of the same boundaries and limitations that other distributions do. Gentoo doesn’t have a release schedule. Gentoo doesn’t even have a set pace for its rolling packages. All of that is in your hands. If you’d rather run the newest version of Firefox, great! Unmask it. Do you want to hold back the latest PHP release to check your code? You can do that too.

That philosophy extends to which packages you build your system with. Most distributions let you pick things like the desktop environment. Gentoo lets you pick your kernel, init system, libraries, and just about anything that does into a Linux distribution. It also gives you the freedom to build your packages the way you want, with only the features you need. With Gentoo, your system is truly your own. If you’re looking for the absolute best option for online privacy, it’d be hard to beat Tails. Tails is engineered from a Debian base with privacy as the central focus. It even refers to itself as the amnesiac distribution because Tails doesn’t store any data by default.

Tails is configured to work in conjunction with Tor for all network connections out of the box. It can easily be run from a USB drive, and it can even disguise itself to look like Windows in public.

No, Tails isn’t a great daily driver distribution, but when you’re in need of the best privacy protection possible, Tails should be your go-to choice.

There is no “best” Linux distribution, but these few are excellent options. You can always experiment and try some of them out on virtual machines. Don’t forget that things do change, and new distributions are always popping up, so there may be more options in any of these categories in the future.