Test the security of your WiFi password by attacking it

This will work with any Linux distribution, but it’s recommended that you use Kali.

A working Linux distribution with a WiFi adapter and root privileges.

Most people have terrible passwords, and WiFi is no exception. Your WiFi password is your primary line of defense against unwanted access to your network. That access can result in a whole host of other nasty things because an attacker can monitor the traffic on your network and even gain direct access to your computers.

The best way to prevent such an intrusion is to use the same tools an attacker would to test the security of your WiFi password.

Use Fluxion to create a evil twin access point to steal WiFi login credentials, demonstrating the need for user education.

Kali Linux is preferred, but this can be done with any Linux distribution.

Users are always the least secure part of a network. Anyone who has any experience as an admin will tell you that most users know absolutely nothing about security. That’s why they’re by far the easiest way for an attacker to gain access to your network. 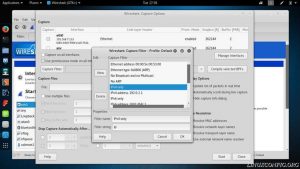 Filtering allows you to focus on the exact sets of data that you are interested in reading. As you have seen, Wireshark collects everything by default. That can get in the way of the specific data that you are looking for. Wireshark provides two powerful filtering tools to make targeting the exact data you need simple and painless.

There are two way that Wireshark can filter packets. It can filter an only collect certain packets, or the packet results can be filtered after they are collected. Of course, these can be used in conjunction with one another, and their respective usefulness is dependent on which and how much data is being collected.

Nmap is a powerful tool for discovering information about machines on a network or the Internet. It allows you to probe a machine with packets to detect everything from running services and open ports to the operating system and software versions.

Like other security tools, Nmap should not be misused. Only scan networks and machines that you own or have permission to investigate. Probing other machines could be seen as an attack and be illegal.

That said, Nmap can go a long way in helping to secure your own network. It can also help you to ensure that your servers are properly configured and don’t have any open and unsecured ports. It will also report if your firewall is correctly filtering ports that should not be externally accessible.

Nmap is installed by default on Kali Linux, so you can just open it up and get started.

This is the point of testing the security of log in systems this way. Your server should ban attackers that attempt these attacks, and should report the increased traffic. On the user end, passwords should be more secure. It’s important to understand how the attack is carried out to create and enforce a strong password policy.

Kali Linux comes with a powerful tool for creating wordlists of any length. It’s a simple command line utility called Crunch. It has simple syntax and can easily be adjusted to suit your needs. Beware, though, these lists can be very large and can easily fill an entire hard drive.

There are web forms all over the Internet. Even sites that don’t usually allow regular users to log in probably have an admin area. It’s important when running and deploying a site to make sure that the passwords gating access to sensitive controls and admin panels are as secure as possible.

There are different ways to attack a web application, but this guide is going to cover using Hydra to perform a brute force attack on a log in form. The target platform of choice is WordPress. It is easily the most popular CMS platform in the world, and it is also notorious for being managed poorly.

Remember, this guide is intended to help you protect your WordPress or other website. Use on a site that you don’t own or have written permission to test is illegal.

When it comes to testing the security of web applications, you’d have a hard time finding a set of tools better than Burp Suite from Portswigger web security. It allows you to intercept and monitor web traffic along with detailed information about the requests and responses to and from a server.

The objective is to change or fake an original network card’s hardware MAC address. The following article will show how to change MAC address using macchanger on Kali Linux.

Change to a Random MAC address

First, let’s see how we can use macchanger to change network card’s hardware MAC address to a random address. We can start by investigating our current MAC address of eg eth0 network interface. To do this we execute macchanger with an option -s and an argument eth0.

The objective is to install SSH ( secure shell ) service on Kali Linux.

Privileged access to your Kali Linux installation or Live system is required. 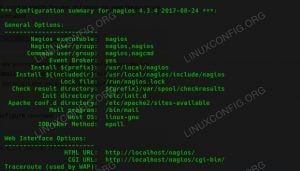 Nagios is one of the best enterprise grade server monitoring solutions available. Unlike cPanel, it’s available across a wide range of Linux distributions, including Debian and Ubuntu.

Since Ubuntu 18.04 is an LTS release, upgrading your servers and running Nagios on them could be a great idea. Even though Nagios isn’t up to date in the Ubuntu repositories, and setup isn’t turn-key, it’s still not too hard to get it running. 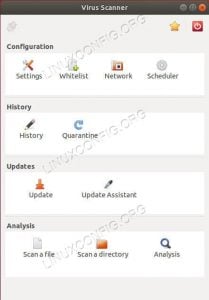 Install ClamAV on Ubuntu, and scan for viruses.

Viruses on Linux aren’t all that common, but they do still exist. So, it’s a good idea to set up an antivirus on your Linux desktop, and perform a scan every so often. It’s also a good idea to scan any new files you bring on to your computer to ensure that they’re safe.

On Linux, there isn’t the same wealth of antivirus options as there is on other operating systems. That’s mostly because there isn’t a need. That’s alright, though. ClamAV does the job very well.

It’s also worth noting that ClamAV doesn’t behave like a Windows antivirus. It doesn’t hog up RAM or run in the background all the time. It also doesn’t have all of the extra bells and whistles. It scans for viruses, and that’s about all.

The objective is to enable UFW firewall, deny all incoming ports however only allow FTP port 20 and 21 on Ubuntu 18.04 Bionic Beaver Linux

Privileged access to your Ubuntu 18.04 Bionic Beaver will be required.