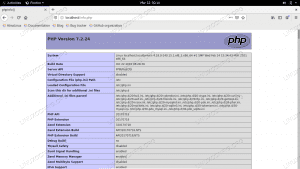 A LEMP stack is an assortment of software that contains everything you need in order to serve a website, show dynamic content, and store or retrieve data from a database. The software is all within the LEMP acronym, namely the Linux operating system, NGINX web server, MySQL database (or MariaDB alternatively), and PHP programming language.

If you’ve installed AlmaLinux or migrated from CentOS to AlmaLinux, then you already have the first requirement done. Next, you just need to get your LEMP stack up and running. In this guide, we’ll show the step by step instructions to install a LEMP stack on AlmaLinux.

Note that it’s also possible to install a LAMP stack on AlmaLinux, which is very similar to LEMP except that it contains Apache as the web server instead of NGINX. 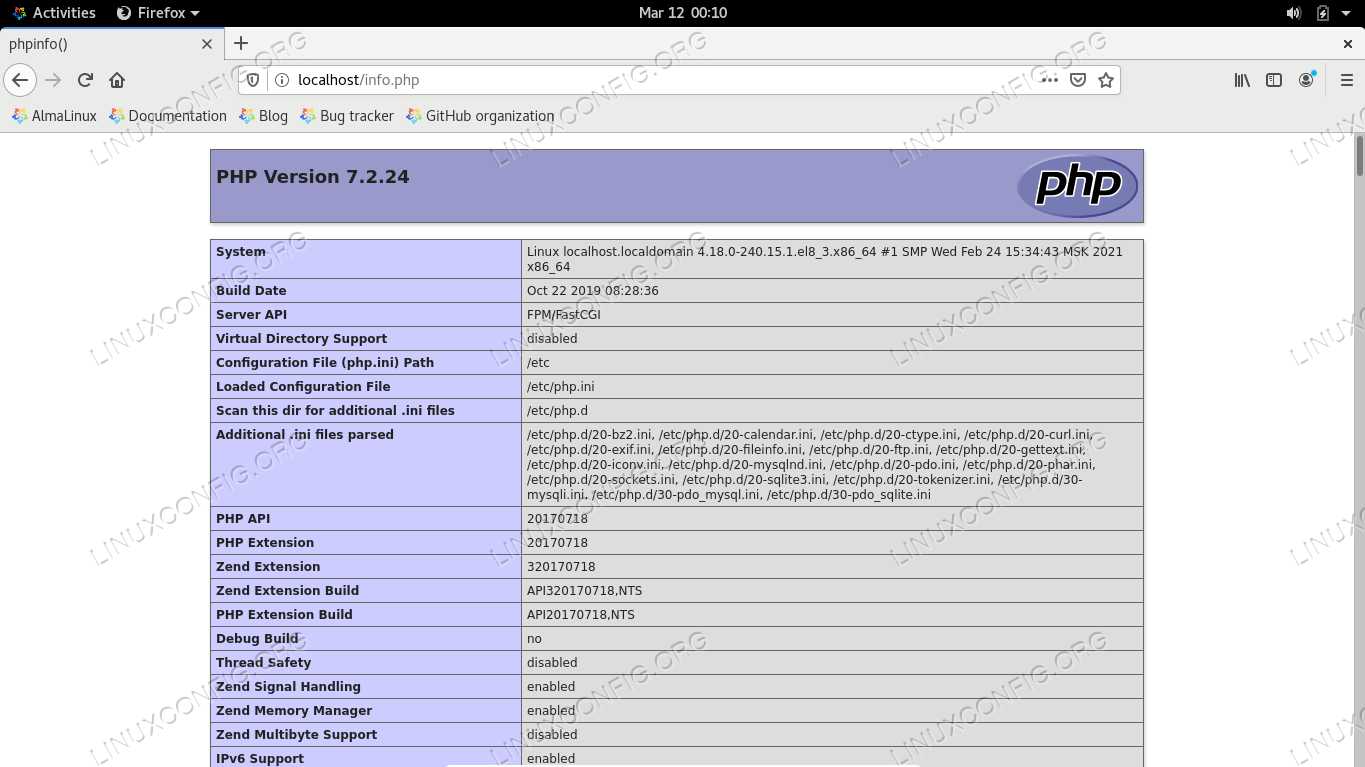 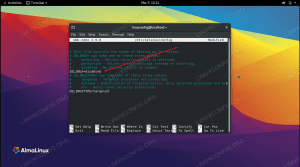 SELinux, which stands for Security Enhanced Linux, is an extra layer of security control built into Red Hat Enterprise Linux and its derivative Linux distributions, such as AlmaLinux. SELinux is enabled by default on the system, and would have to be manually disabled if a user doesn’t wish to use it.

Although SELinux can protect our system through access control for programs and system services, it’s not always necessary to have it enabled. Some users may even find that it interferes with certain programs they try to install. In this guide, we’ll go over the step by step instructions to disable SELinux on AlmaLinux, whether you’ve freshly installed AlmaLinux or migrated from CentOS to AlmaLinux. 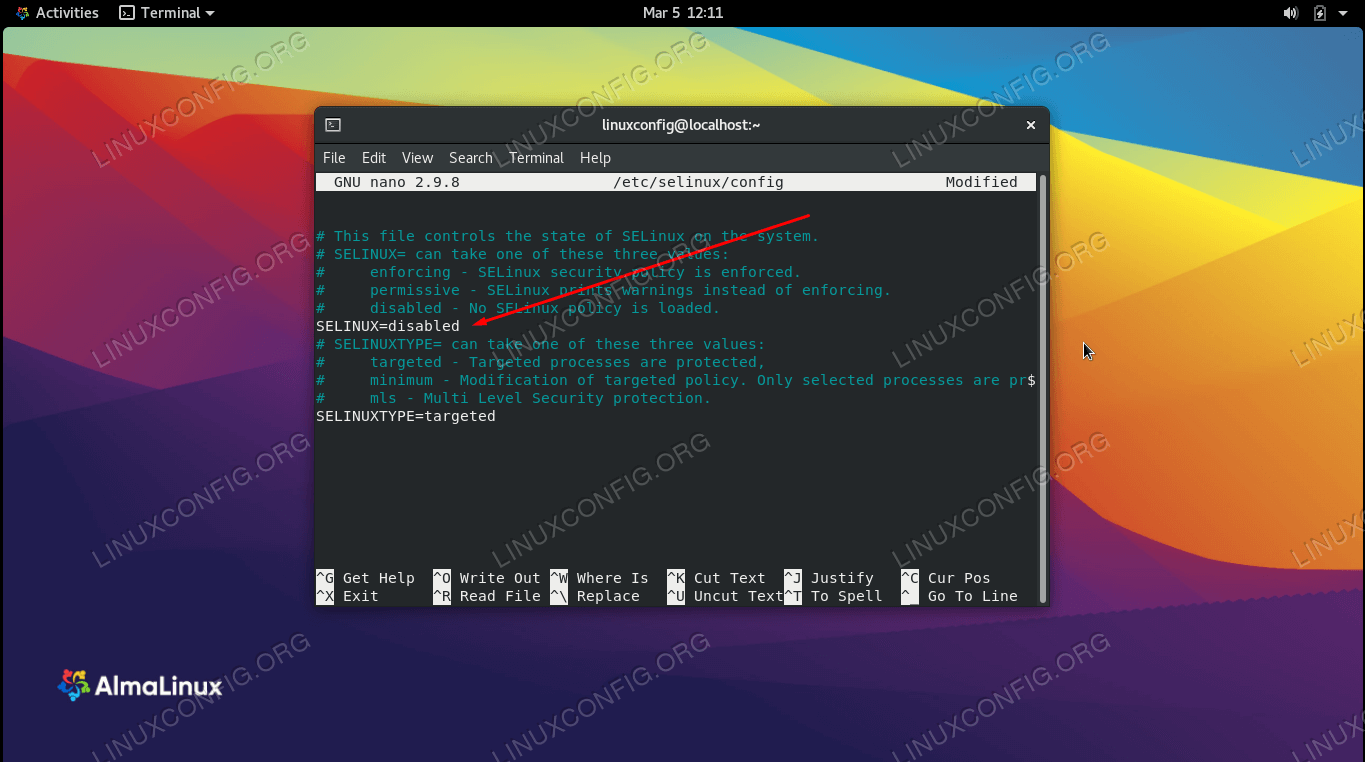 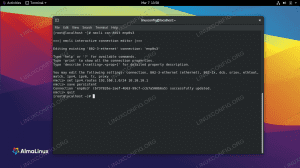 By default, when a Linux system tries to communicate with a network address, the computer will send the request to the default gateway. The default gateway is usually a router, which can take the system’s request and forward it to the next hop, wherever that may be.

This behavior can be overridden by adding one or more static routes to the Linux machine. Such a configuration can be desirable if the network has multiple networks and routers, and a user needs to instruct the computer which way to route certain traffic.

Red Hat based distributions, such as AlmaLinux, can use the nmcli command line utility to configure static routes, along with the ip route command and manual configuration of ifcfg files. Alternatively, you can use your installed desktop environment to apply the configuration. In this guide, we’ll go over the step by step instructions to add static routes on AlmaLinux through both command line and GUI methods. These instructions are applicable whether you’ve freshly installed AlmaLinux or have migrated from CentOS to AlmaLinux. 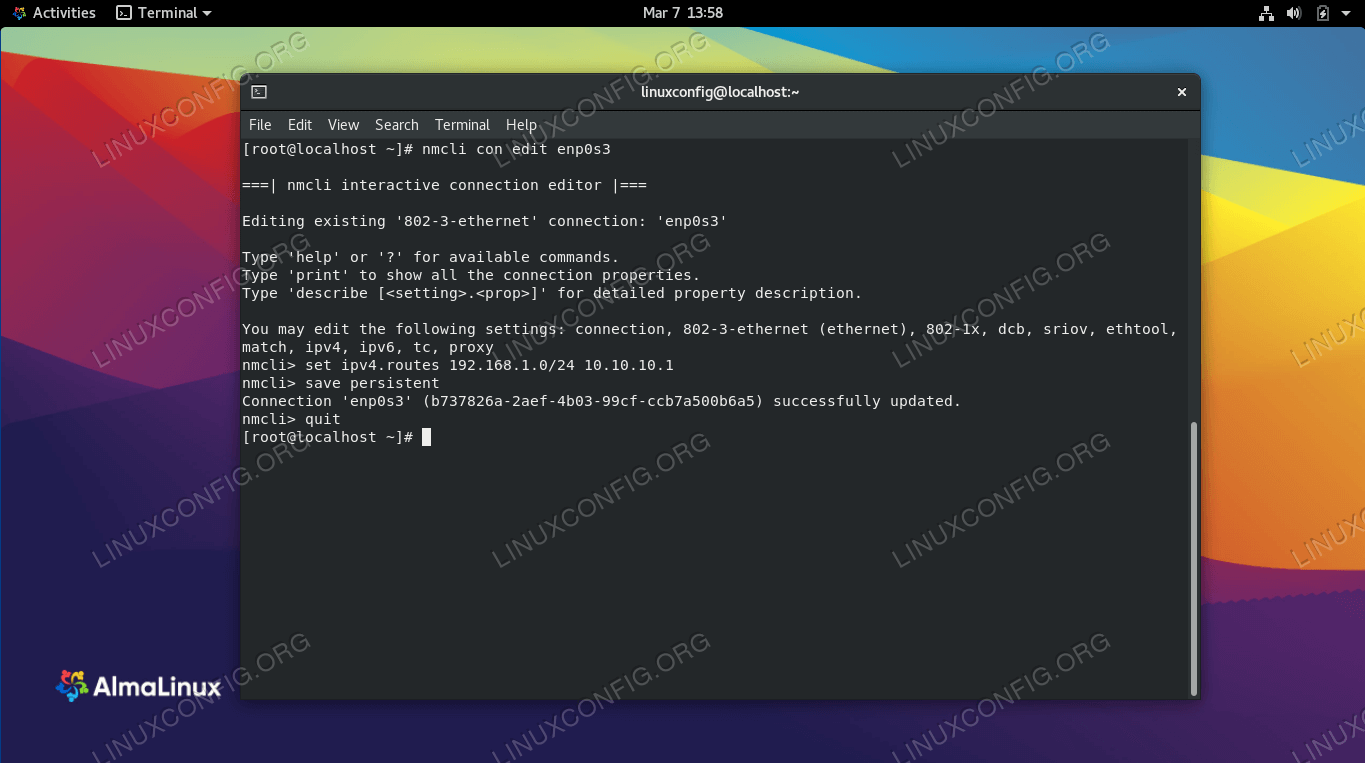 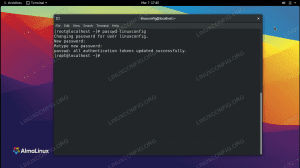 After installing AlmaLinux or migrating from CentOS to AlmaLinux, most users will eventually run into the need to do some user account management, such as adding a new user account or resetting a password.

If you or one of the other users of an AlmaLinux system forgets the password to their account, there’s a simple way to reset the password from either command line or GUI. The same steps can also apply if it’s simply time to change your password or you want to force another user’s password to expire and change.

In this guide, we’ll be covering the step by step instructions for problems 1 and 2 mentioned above. If you need help resetting your system’s root password, see our other guide for recovering a root password on RHEL. 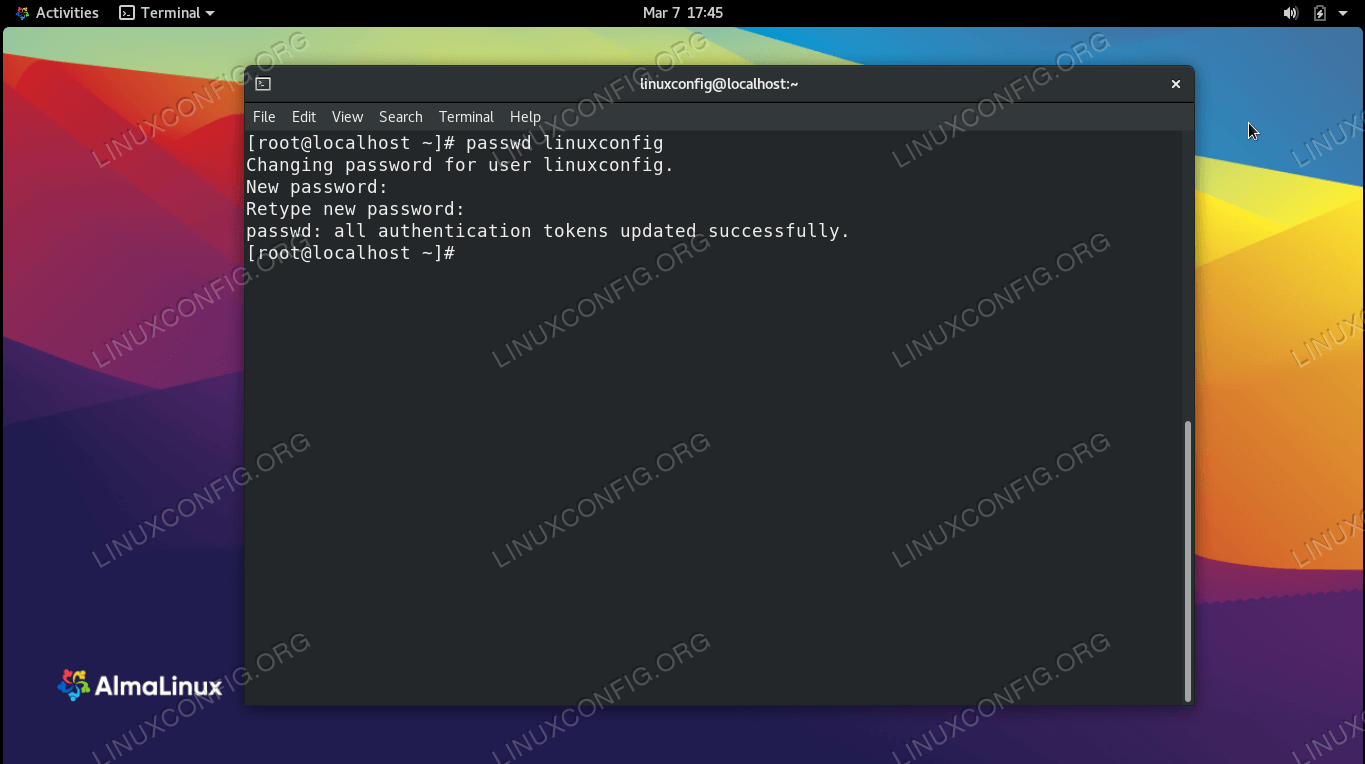 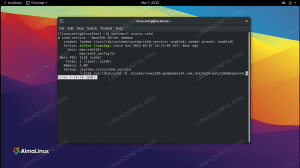 SSH is the primary method of remote access and administration on Linux systems. SSH is a client-server service providing secure, encrypted connections over a network connection. After installing AlmaLinux or migrating from CentOS to AlmaLinux, it will probably be one of the first things you want to configure.

In this guide, we’ll go over the step by step instructions to install and configure SSH on AlmaLinux. This will help you whether you just want to connect to remote systems via SSH or you want your own system to accept incoming connections as well. 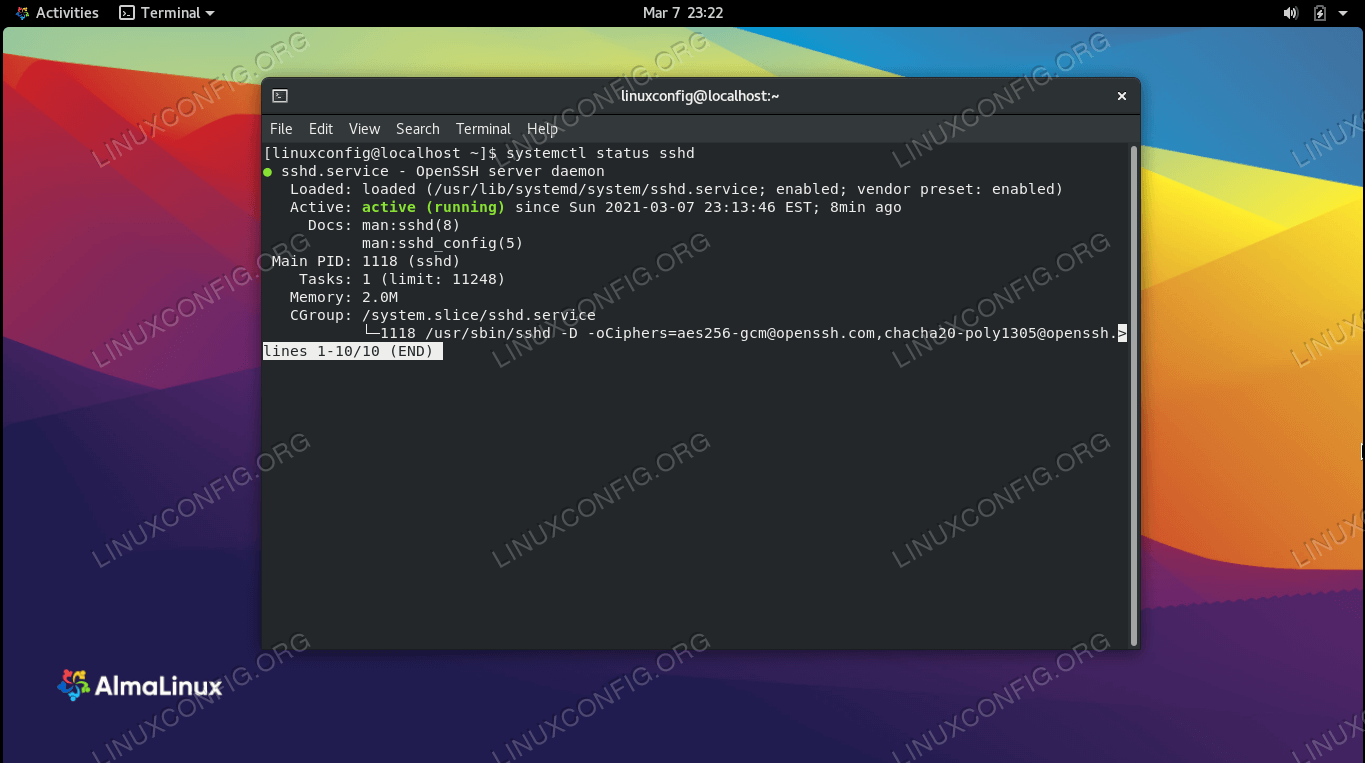 This article will provide you with an information on how to install kernel source on CentOS/RHEL Linux system. Alternatively it will guide you through a simple troubleshootng process in case you have already installed kernel sources/headers and yest still receiving the bellow error message: 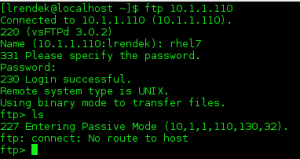 When setting up FTP server on Redhat 7 Linux box the following error message ftp: connect: No route to host may pop-up during FTP client session: 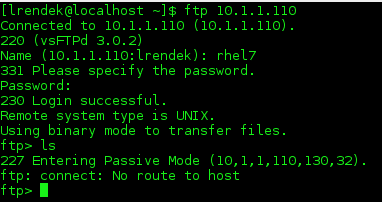 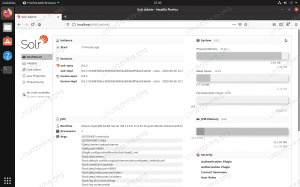 Apache Solr is open source search software. It’s capable of being implemented as an enterprise-level search engine thanks to its high scalability, advanced indexing, fast queries, and ability to integrate with a large variety of applications. It’s capable of tackling big data and also has high availability with its load balancing and failover configurations.

The platform is written in Java and can be installed on Linux systems. In this guide, we’ll show the step by step instructions for installing Apache Solr on some of the most popular Linux distros, including Ubuntu, Debian, CentOS, and Red Hat. 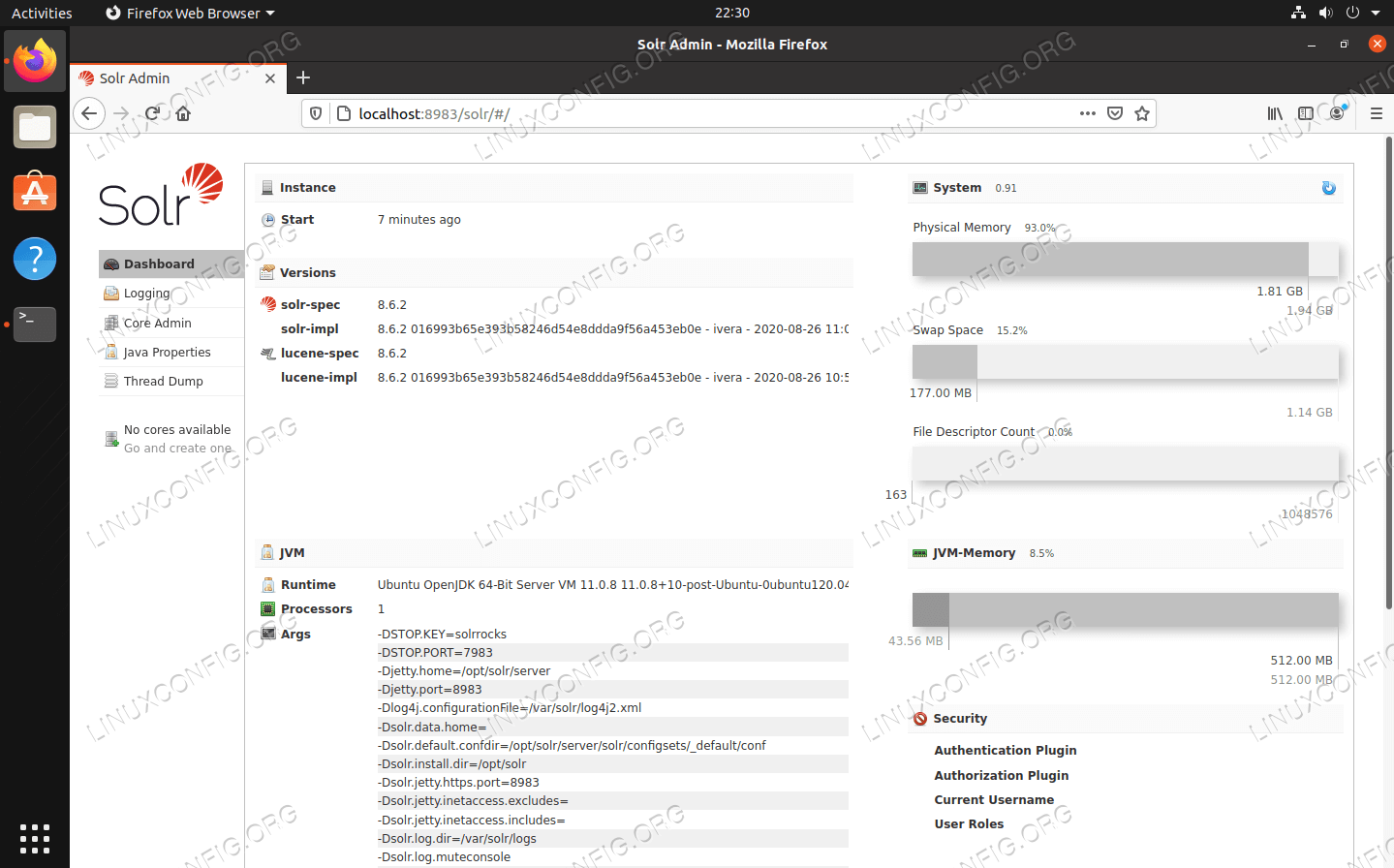 In order to login to RHEL7 Linux server we first need to exchange public keys between server and client machine. To do that we can use ssh-copy-id command.

In this short tutorial we will show you how to install VirtualBox Guest Additions on RHEL 7 gnome desktop. To start simply boot to virtual RHEL 7 system. First we will install all prerequisites. To do that open terminal and enter following linux commands:

as well as we will need kernel development package: 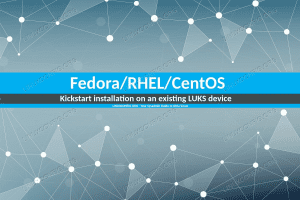 Kickstart installations let us easily script and replicate unattended or semi-unattended installations of Fedora, Red Hat Enterprise Linux or CentOS. The instructions needed to install the operating system are specified, with a dedicated syntax, inside a Kickstart file which is passed to the Anaconda installer. In this tutorial we will see how to reuse an already existing LUKS (Linux Unified Keys Setup) container when performing a Kickstart installation: this is something that cannot be achieved just with Kickstart instructions and requires some extra steps. 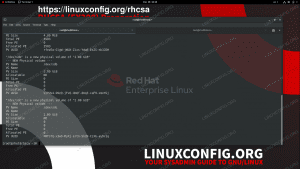 As part of the RHCSA exam preparation, we already learned how to manage partitions on disk. Partitions are useful to separate disk space (for example, separating database-related files from webserver-related files), but we have a much more flexible solution that can separate or aggregate storage space.

This solution is called LVM, the Logical Volume Manager. LVM allows us to see multiple disks as one filesystem, thus overcoming the limitations of a physical disk’s site. We can also create software mirroring on disks to protect or data written to the filesystem. In this tutorial we’ll cover the basics: we’ll manage the three layers of LVM, physical volumes, volume groups and logical volumes.