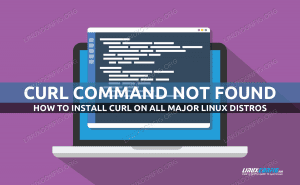 If you encounter the curl command not found on a Linux system, it means that the tool has not yet been installed. The curl Linux command can use various network protocols to download and upload data on Linux. In this tutorial, you will see how to install the curl command on all major Linux distributions.

Curl is a free and open source software we can use to exchange data with servers using one of the many supported protocols, such as HTTP, HTTPS, FTP, FTP, SFTP. Since Curl is a command line tool, we can use it in our scripts, to automatize repetitive tasks, for example. There are many use-cases Curl can cover. In this tutorial, however, we see some of the most common ones. 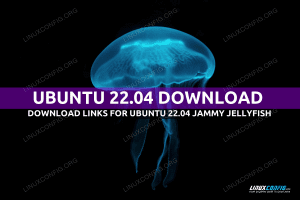 Ubuntu 22.04 LTS Jammy Jellyfish is now available for download! This is a Long Term Support version, which is due to release on April 21, 2022. 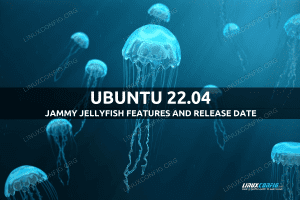 In this article you will learn about some Ubuntu 22.04 features of the upcoming Ubuntu stable release. Canonical’s latest iteration to the Ubuntu operating system is Ubuntu 22.04 Jammy Jellyfish. Ubuntu 22.04 release date is scheduled on April 21, 2022. This is an LTS (long term support) release – the type of release that Canonical only publishes every two years, and continues to support for the next five. 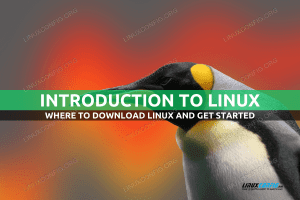 The purpose of this tutorial is to serve as an introduction to the Linux operating system by showing prospective users where they can download Linux distributions, and help them choose which one would best fit their needs. 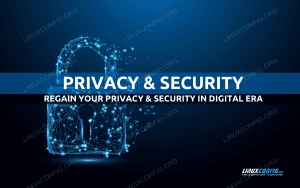 With privacy and security being more important today than ever, it’s essential to know how best to protect yourself in this digital era. 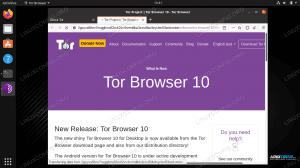 For anyone looking to protect their privacy online, Tor is an invaluable tool. It is both one of the most reliable ways to hide your identity and one of the easiest to use on Linux.

Tor works by routing your computer’s internet traffic through their own network. This way, you can still access online resources as usual, but your network traffic appears to originate from the Tor network, your IP address remains hidden, and your data is encrypted in the process. With Tor, you can also access .onion domain names, and access the infamous dark web.

In this guide, we’ll show you how to download, install, and configure Tor on a Linux system. This will get you up and running in a few steps so you can anonymize your traffic and access Tor-specific websites. 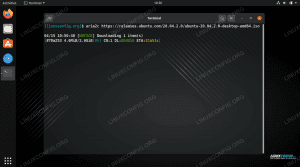 aria2 is a command line tool for Linux systems that can download files using a variety of protocols, including HTTP/HTTPS, FTP, SFTP, BitTorrent and Metalink. It’s diverse download capabilities make it an all-in-one tool for downloading files on Linux.

Most users know about downloading files from the command line by using wget or curl. aria2 has a few advantages over both tools, because it has increased potential for greater download speed by downloading from more than one source in the single session. aria2 can also pause and resume downloads.

In this guide, we’ll show you how to install aria2 on major Linux distros, then give you some command line examples so you see how to download various file types with the program. By the end of this guide, you’ll know how to use aria2 to download files through various protocols, and pause or resume downloads. 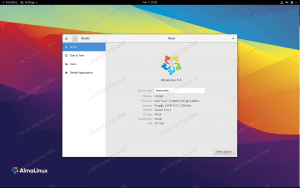 AlmaLinux is a Linux distribution based on Red Hat Enterprise Linux and maintained by CloudLinux, a company that provides server hosting and Linux software. For other most popular Linux distributions, please visit our dedicated Linux download page.

MIGRATE YOUR CENTOS TO ALMALINUX
Follow our guide to learn how to migrate CentOS to AlmaLinux, if you prefer convert your existing operating system instead of starting with a new AlmaLinux installation.

The motivation behind Alma’s release is to serve as a viable replacement for CentOS at the time of its shift from an enterprise-stable operating system to an upstream development branch of RHEL. Users can even switch from CentOS to AlmaLinux with just one command that will swap repositories and keys.

AlmaLinux functions very similarly to RHEL, but it’s completely free. It’s marketed to users and companies that need enterprise-level stability in a Fedora-like operating system. In other words, companies that want to use Red Hat but don’t want to pay the subscription fee and/or don’t need tech support can use AlmaLinux to fill the gap.

Being based on RHEL naturally makes AlmaLinux more geared towards servers and workstations, though it can still work well as a desktop operating system for some people. The full installation comes with the GNOME desktop environment and proves easy enough to use, but Linux newcomers will find a more welcoming experience in a user friendly distro like Ubuntu. 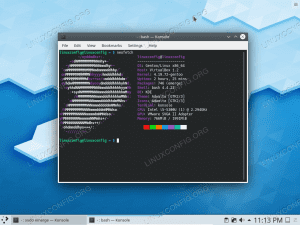 When I hear about Linux distros that really leave a lot of control up to the user, usually Arch Linux makes its way into the conversation, and maybe Slackware as a more extreme example. But Gentoo definitely takes it a step further, as the user must compile the kernel itself as part of the installation process.

It’s an advanced process, but Gentoo developers also make it a bit easier with the “genkernel” utility, which can help you compile the kernel in a few short commands. Advanced Linux users can still take as much time as they like to strip the kernel of components they deem unnecessary, or adding in those that they want on their system. This attribute makes Gentoo a modular operating system by design. Each user can customize their out of box experience, making Gentoo highly adaptable.

Choosing what goes into your kernel will lead to a very speedy system with a small RAM footprint. Back when Gentoo premiered in 2000, this was a very enticing feature. These days, with current hardware advancements, most Linux users will probably prefer the GUI installers and precompiled kernels that have become standard in the most common distros. However, Linux veterans that have a passion for tinkering will get their fill of it with Gentoo, and that’s really the target audience.

So, Gentoo is a good way to get your nerd fix, but it also works well for specialized servers. For example, if you are running a database server, you could exclude unrelated components from the kernel. This will give you the speediest system possible, and it will have a smaller chance of encountering problems. This is particularly useful on servers with limited hardware specs.

Granular control remains present after you get Gentoo up and running. It uses the Portage package manager (invoked with the emerge command) and USE flags to optionally exclude components from the system. For example, you can install the SeaMonkey web browser, without the PulseAudio component, with the follow command.

Such flags are also possible to set globally, which helps to ensure that certain components never find their way onto your system. PulseAudio and systemd, among others, are popular components that users like to exclude. It’s also worth mentioning that Google bases their Chrome OS off of Gentoo. Linux has come a long way since its inception in the early ’90s. Many distros from back then are no longer around, and the ones that are, have undergone extreme change over the years – as one would probably expect. Slackware, though, has only evolved about as much as it absolutely had to.

Using this distribution is probably the closest you can get to “old school” Linux. It’s not completely devoid of newer innovations; it does have a package manager after all. But package dependencies are not resolved for you. There’s no GUI installer. There’s no systemd. While the vast majority of Linux distros adopted all these conventions over the years, Slackware refrained.

Slackware offers its users a decidedly simple, barebones experience. Installation is not necessarily hard, but you’ll probably need a guide to walk you through it. There’s no hand holding, as Slackware expects its userbase to be well versed in Linux commands. On the plus side, this puts you in total control over your system.

During installation, you can control how much software is installed out of the box. The “full” installation, after everything’s up and running, weighs in at about 9 GB. So, Slackware still comes decked out with the essentials, assuming you choose that option. Package dependencies for included software are already installed, but extra packages will require you to install dependencies manually. This may take a little research on your part, but using Slackware means you’re prepared to get your hands dirty.

Slackware is for Linux veterans that want granular control over their system. It’s an extremely simple and extremely stable operating system. It’s the most UNIX-like Linux distribution that you can get. Some will get joy from using it, and others will only get a headache. It’s one of those things you either love or hate.

For many years, CentOS Linux was a reliable, enterprise-ready distribution based on RHEL. In late 2020, Red Hat announced a change of direction for the distro, which would now be named “CentOS Stream” and exist as an upstream vendor.

In response, CentOS founder Gregory Kurtzer launched Rocky Linux, a project that will inherit the original goals of CentOS. Being based on RHEL means that it will only inherit the most tested and stable components that have been introduced upstream in Fedora and CentOS Stream.

Not much is known about the new distro at this time, except that it should function similarly to CentOS (the CentOS before this change) and will most likely be an appropriate replacement for it. You can stay abreast of the latest news by visiting the official Rocky Linux site, as well as Rocky’s GitHub. We’ll also be updating this article as new information is revealed.