How to install latest Firefox Browser on Debian 9 Stretch Linux

Debian Linux comes with Firefox ESR (Extended Support Release) version, which in some rare scenarios may not adequately fit your needs. The objective is to replace the Debian's default Firefox ESR with the latest bleeding edge Firefox.

Privileged access to your Debian Linux system will be required.

Tweet From the Linux Command Line With Rainbow Stream

Rainbow Stream allows you to manage just about every aspect of your Twitter account from the command line. Yes, you did read that right. It's a full featured command line Twitter client written in Python. Chances are, you're falling into one of two camps right about now. If you're in the slightly insane one that thinks this is a good idea, stay tuned. Rainbow Stream actually does provide an simple and intuitive Twitter experience from the Linux command line.

You probably have everything that you need to get Rainbow Stream working on your system right now, but just to be sure, there are a few packages that you should install if you haven't already. Debian Distros Redhat Distros

Wireshark is just one of the valuable tools provided by Kali Linux. Like the others, it can be used for either positive or negative purposes. Of course, this guide will cover monitoring your own network traffic to detect any potentially unwanted activity.

Wireshark is incredibly powerful, and it can appear daunting at first, but it serves the single purpose of monitoring network traffic, and all of those many options that it makes available only serve to enhance it's monitoring ability.

Before you do anything else, it's probably best to set Wireshark up the way you will be most comfortable using it. Wireshark offers a number of different layouts as well as options that configure the program's behavior. Despite their numbers, using them is fairly straightforward.

Start out by opening Wireshark-gtk. Make sure it is the GTK version. They are listed separately by Kali.

Hosting Django With Nginx and Gunicorn on Linux

Hosting Django web applications is fairly simple, though it can get more complex than a standard PHP application. There are a few ways to handle making Django interface with a web server. Gunicorn is easily one of the simplest.

Gunicorn(short for Green Unicorn) acts as in intermediary server between your web server, Nginx in this case, and Django itself. It handles serving the application itself while Nginx picks up the static content.

Installing Gunicorn is super easy with Pip. If you've already set up your Django project using virtualenv, you have Pip and should be familiar with the way it works. So, install Gunicorn in your virtualenv.

Record and Replay Terminal Session with Asciinema on Linux

Asciinema is a lightweight and very efficient alternative to a Script terminal session recorder. It allows you to record, replay and share your JSON formatted terminal session recordings. The main advantage in comparison to desktop recorders such as Recordmydesktop, Simplescreenrecorder, Vokoscreen or Kazam is that Asciinema records all standard terminal input, output and error as a plain ASCII text with ANSI escape code .

As a result, JSON format file is minuscule in size even for a longer terminal session. Furthermore, JSON format gives the user the ability to share the Asciinema JSON output file via simple file transfer, on the public website as part of embedded HTML code or share it on Asciinema.org using asciinema account. Lastly, in case that you have made some mistake during your terminal session, your recorded terminal session can be retrospectively edited using any text editor, that is if you know your way around ANSI escape code syntax.

Privacy and security are becoming increasingly important topics. Though it's impossible to be 100% secure, there are measures that you can take, especially on Linux, to help defend your online privacy and security when browsing the web.

Firefox is probably your best option when selecting a browser for these purposes. Google Chrome cannot be trusted. It's owned by Google, a company known for data collection, and it's closed source. Chromium may be okay, but can't be guaranteed. Only Firefox has maintained a degree of commitment to user rights.

The following error message appears after a paste attempt is made using middle mouse button:

Your Local IP address is:

-
Above is your local/private IP address(es) assigned to your internal hardware or virtual network card on your computer. Depending on your LAN configuration the above IP addresses may be static or dynamic.

In case you can't find any address above, to check your internal IP address manually on Linux with ifconfig or ip command execute:

The automated build docker LEMP image linuxconfig/lemp-php7 can be used as a testing and also as a production environment for a dynamic PHP applications. It comprises of Debian GNU/Linux, lightweight and yet powerful Nginx webserver, MySQL relational database management system and PHP scripting language.

At the time of writing, Debian Linux does not come with PHP 7 as a part of a its standard repository. From this reason PHP 7 was compiled from the source code during docker image build using compile-php-debian script located at https://github.com/linuxconfig/compile-php-debian.

Furthermore, not all 3rd-party PHP modules are currently supported on PHP 7.

The following section describes the deployment of linuxconfig/lemp-php7 docker on your docker host. Let' start by creating a sample PHP website with a MySQL connection handle. Alternatively add phpinfo(); into the mix to display current PHP information page:

As a Linux system administrator, you will sometimes have to add new user account to your system. To do so, adduser command is often used. When it comes to multiple users' creation, adduser command may become boring and time-consuming. This short article intends to provide the Linux system administrator with a simple and unattended way for bulk user creation. The newusers command will help you to create multiple users by getting their info from a prefilled file.

Create a file containing the usernames

In this initial step, you need to create a file that will contain the list of the usernames that are to be created.

Play Netflix on Linux with Firefox

Netflix and Linux have a somewhat troubled past. For years, Netflix actively blocked Linux users. More recently, support for Google Chrome was added. Firefox users, however, have been out of luck until just recently. As of Firefox 49, the option of using Google's DRM from the Chrome browser to play DRM content has been made optionally available to Firefox users. This has made it possible to watch Netflix, and potentially other DRM streaming services, using Firefox and without installing Google Chrome. What's better, the DRM can be turned off when you're done watching.

If your intention is to use XenServer's virtual machine as a remote desktop, the default screen resolution may not be satisfactory for your purposes. 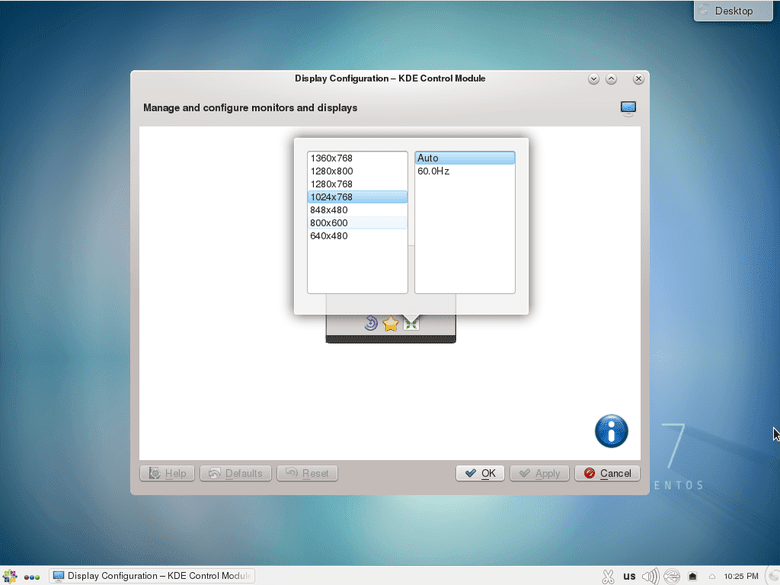 Even though winetricks can do all of this, the majority of the time, you're going to be using it to manage dlls and Windows components.