Most Linux users are familiar with the SSH protocol as it allows remote management of any Linux system. It’s also commonly used for SFTP to download or upload files. SSH is known as a very secure protocol because it encrypts traffic end to end. But the encrypted tunnels it creates are actually quite versatile and can be used for more than just remote server management or file transfer.

SSH port forwarding can be used to encrypt the traffic between two systems for pretty much any protocol. This is accomplished by creating a secure tunnel and then routing another protocol’s traffic through that tunnel. By principle, it works very similarly to a VPN.

In this guide, we’ll go over the step by step instructions to show you how to use SSH port forwarding to create a secure tunnel for some other application. As an example, we’ll create port forwarding for the telnet protocol, which is usually avoided because of how it transfers data in clear text. This will secure the protocol and make it safe to use. 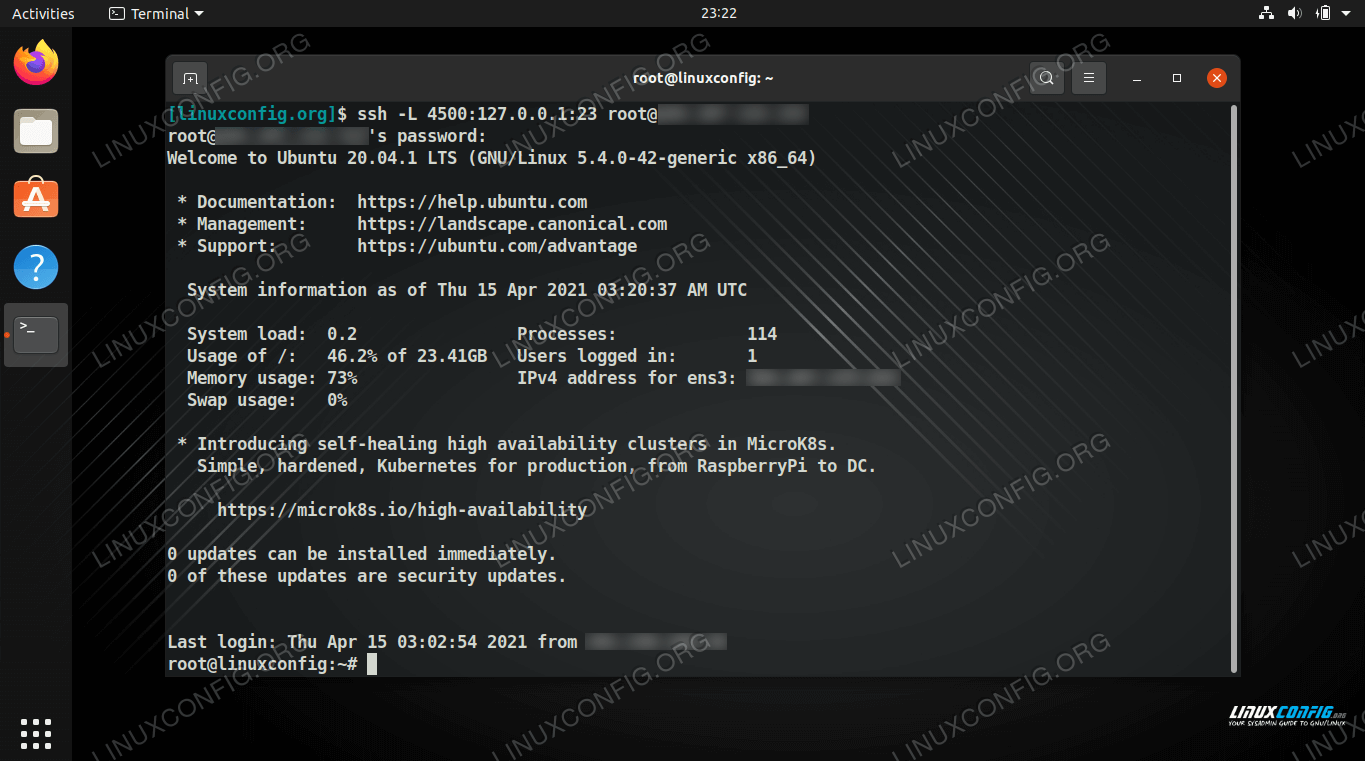 Creating an SSH tunnel through port forwarding on Linux

How to use SSH port forwarding

You do not have to do this as a root. Since we are using a port higher than 1024, an ordinary user is able to create this port forward connection. Keep in mind that a tunnel is erected only when the SSH connection is running.

Let’s dissect what’s going on in this command.

At this point, every connection which uses port 4500 on the localhost will be redirected to remote port 23.

In the screenshot above, we have successfully created a tunnel to the remote server. As you can see, it looks like a typical SSH login. But now, on our local system, we can access the telnet service of the remote system by routing traffic through port 4500.

We will open a new terminal and try this on our test system, while leaving the other terminal open so it maintains our SSH tunnel. 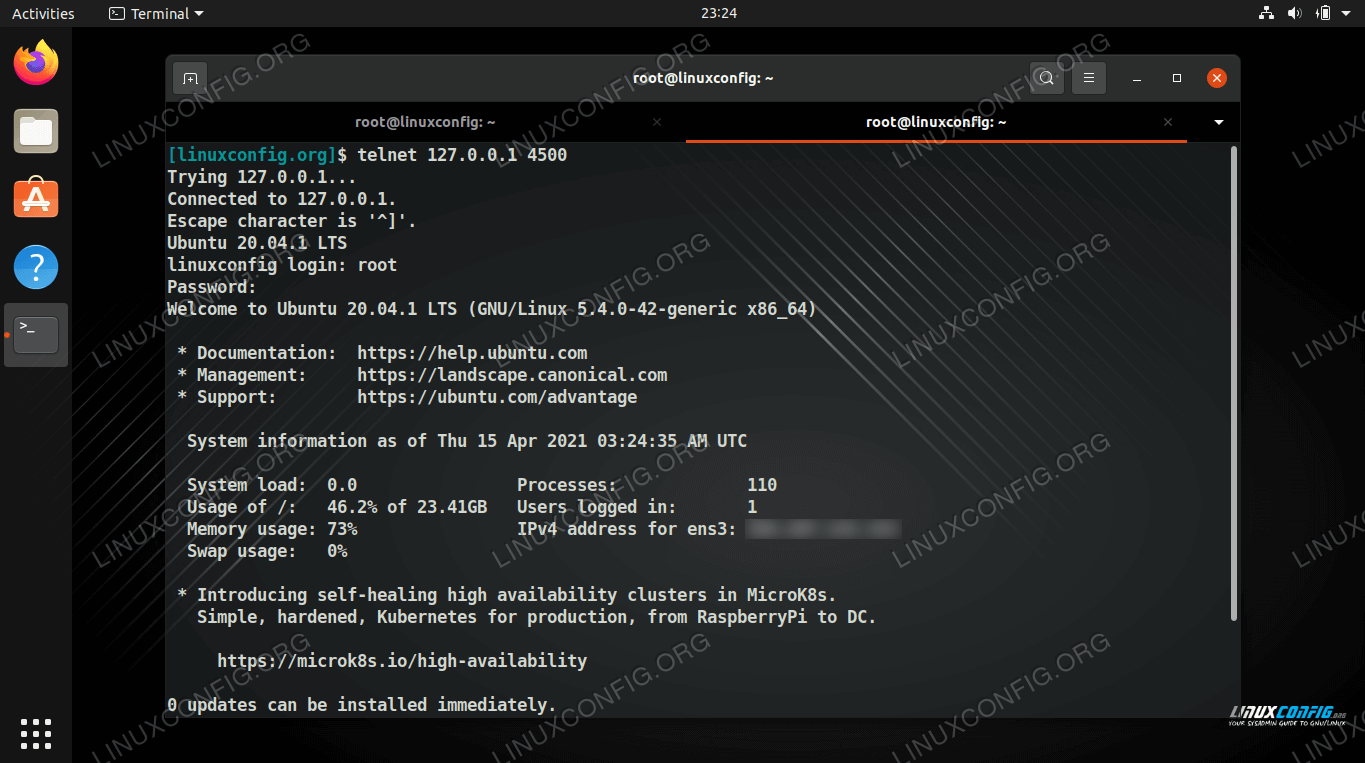 Using telnet to connect to a remote server, and routing the traffic through SSH for security

As you can see, we now have a telnet session opened to the remote server, but it’s a secured connection since it is being sent through the existing SSH tunnel that we established in the other terminal.

That’s all there is to it. You can use SSH tunnels for any type of traffic. The thing to remember is that you should point your application to your localhost address (127.0.0.1) and the port number that you configure for the SSH tunnel.

How to create persistent SSH tunnels

You may have noticed that for long term SSH tunnels, it’s rather inconvenient that it relies on our opened SSH connection. If there’s some temporary latency or the SSH terminal simply reaches its timeout, the tunnel gets taken down along with the SSH session.

You can install the autossh utility with your system’s package manager if you want to create a tunnel that automatically puts itself back up when it goes down. You’ll need to have RSA keys configured for passwordless SSH in order for this method to work.

The syntax for building a persistent tunnel is basically identical to the normal SSH method.

In this guide, we saw how to use SSH port forwarding on Linux. This allows a user to build a secure SSH tunnel that can be utilized by other applications and protocols for encrypted connections to remote servers. As an example, we saw how the telnet protocol could be secured through SSH port forwarding. We also learned how to keep SSH tunnels persistent by using the autossh utility.