Solus Linux is a desktop focused distribution built from scratch. It aims to present a clean and simple operating system experience for home computing. For other most popular Linux distributions please visit our dedicated linux download page.

The flagship edition of Solus features the Budgie desktop environment, which was developed in house. It offers a rather traditional desktop feel with a high focus on simplicity and functionality. Budgie has since become a popular choice even outside of Solus, for example being offered as an official flavor of Ubuntu.

Solus is similar to Linux Mint in many ways, as both distros are designed for home computing and have developed their own desktop environments to enhance ease of use. Unlike Mint, though, Solus only offers releases in 64 bit and has a rolling release schedule (more on that below).

Solus comes packed with support for everything you’d need on a home PC, including office apps, media editors, developer tools, and gaming software. Most tools are included by default but you can install other things quickly from the package manager. 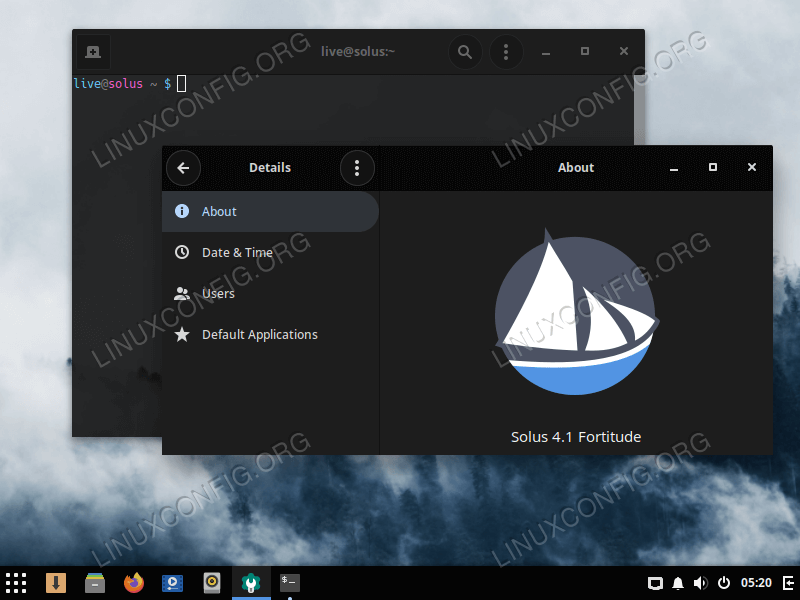 Solus keeps things simple for your desktop PC by adhering to a rolling release schedule. You don’t need to worry about the operating system approaching end of life support or needing to upgrade to a new version. Just install the latest updates from Solus’ package manager to stay current.

It’s been said that distros like Arch Linux and Fedora offer bleeding edge Linux updates. Solus’ updates would be more like cutting edge, as the developers send out the updates a tad later because they want you to have the latest technology without having to risk breaking your system when you get them.

You can get the Solus ISO images on the official website’s download page. There are four versions available, which only differ by which desktop environment comes installed. You can choose between Budgie, GNOME, MATE, or KDE Plasma.

Each has their quirks, as Solus mentions on the download page. Budgie is the flagship version and was based on the GNOME stack, so downloading the default edition won’t feel like entering uncharted territory.

When choosing a Linux distro for your desktop PC, Solus is a great contender for its ease of use, predictability, and access to cutting edge software. If you’d consider yourself a tinkerer, you may prefer Manjaro, which has the same principles but is more customizable.