Linux has come a long way since its inception in the early ’90s. Many distros from back then are no longer around, and the ones that are, have undergone extreme change over the years – as one would probably expect. Slackware, though, has only evolved about as much as it absolutely had to.

Using this distribution is probably the closest you can get to “old school” Linux. It’s not completely devoid of newer innovations; it does have a package manager after all. But package dependencies are not resolved for you. There’s no GUI installer. There’s no systemd. While the vast majority of Linux distros adopted all these conventions over the years, Slackware refrained.

Slackware offers its users a decidedly simple, barebones experience. Installation is not necessarily hard, but you’ll probably need a guide to walk you through it. There’s no hand holding, as Slackware expects its userbase to be well versed in Linux commands. On the plus side, this puts you in total control over your system.

During installation, you can control how much software is installed out of the box. The “full” installation, after everything’s up and running, weighs in at about 9 GB. So, Slackware still comes decked out with the essentials, assuming you choose that option. Package dependencies for included software are already installed, but extra packages will require you to install dependencies manually. This may take a little research on your part, but using Slackware means you’re prepared to get your hands dirty.

Slackware is for Linux veterans that want granular control over their system. It’s an extremely simple and extremely stable operating system. It’s the most UNIX-like Linux distribution that you can get. Some will get joy from using it, and others will only get a headache. It’s one of those things you either love or hate. 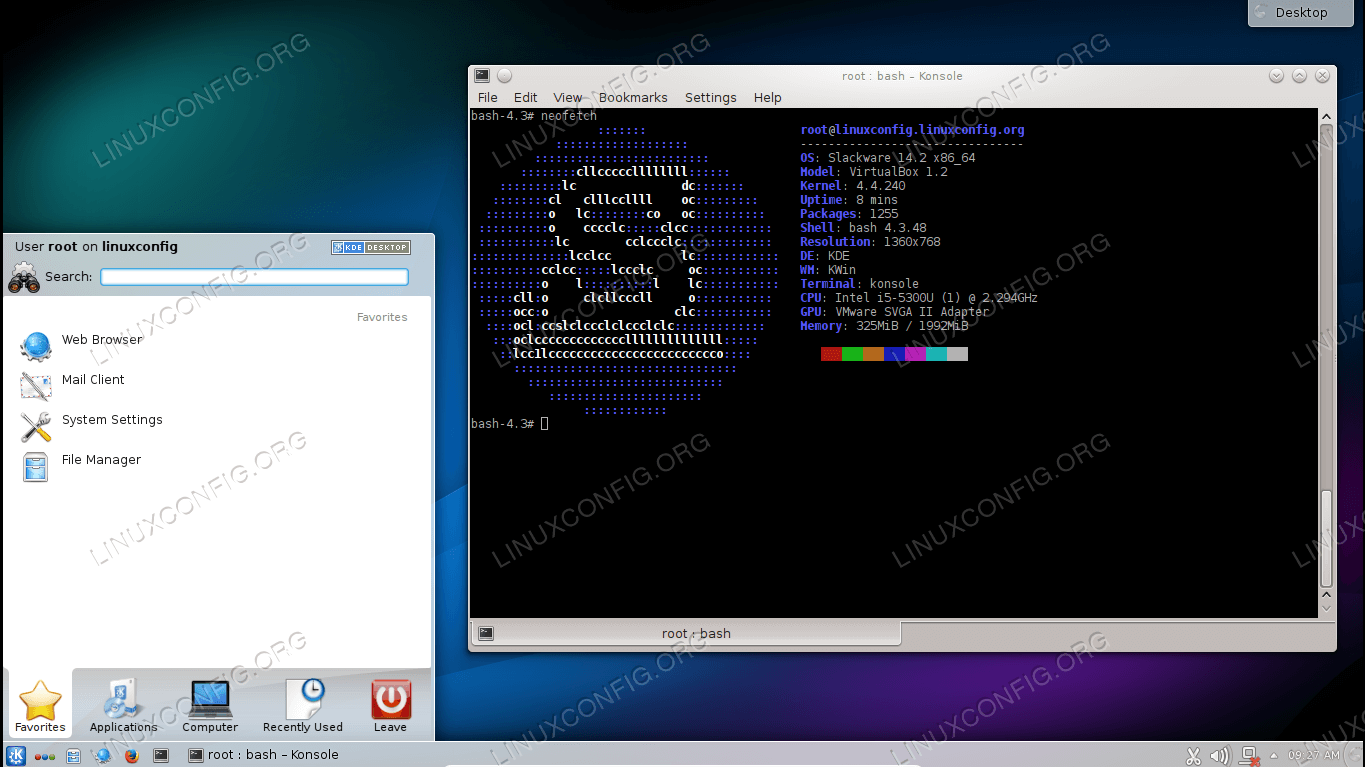 In keeping true to the “slack” in “Slackware,” there is no predictable release schedule for this distribution. A new version is released when Slackware’s founder and lead developer, Patrick Volkerding, feels that there have been enough recent changes to justify a new release.

At the time of this writing, there’s not been a new release in about four years. This isn’t a big concern, as Slackware is pretty easy to keep up to date by using its slackpkg package manager.

Want to give Slackware a try? You can grab a free copy from Slackware’s download page. ISOs are available from various mirrors or a torrent download. Both 32 bit and 64 bit editions are available.

Slackware is a good distribution, just not as an introductory system. Users that are new to Linux will find themselves much less frustrated by using Ubuntu or a similar distribution. Linux veterans and the technically inclined won’t find Slackware that hard to use, but these are the type of people who dig into the terminal every day just for fun. If this sounds like you, give Slackware a shot!