The scp command in Linux is used to copy files and directories to or from a remote system. It works very similarly to the cp command, except that it copies files to or from other systems that are either on your local network or somewhere over the internet.

DID YOU KNOW?
The SCP command is based on the BSD RCP protocol. This protocol is used for file transfers between connected hosts on the local network or over the Internet. The actual data transfer and user authentication is done via Secure Shell (SSH). This in turn provides end-to-end encryption for all data transfers.

As you can imagine, being able to copy and paste files to or from remote systems is extremely useful. However, it’s not the only command in Linux that is capable of this. For complex file transfers or complete backups, it’s recommended you use something more like the rsync command. The scp command is more ideal for quick and simple transfers of one or a few files.

In this guide, you’ll learn how to use the scp command in Linux through examples. Follow along below to learn about the various options that you can use with this command. 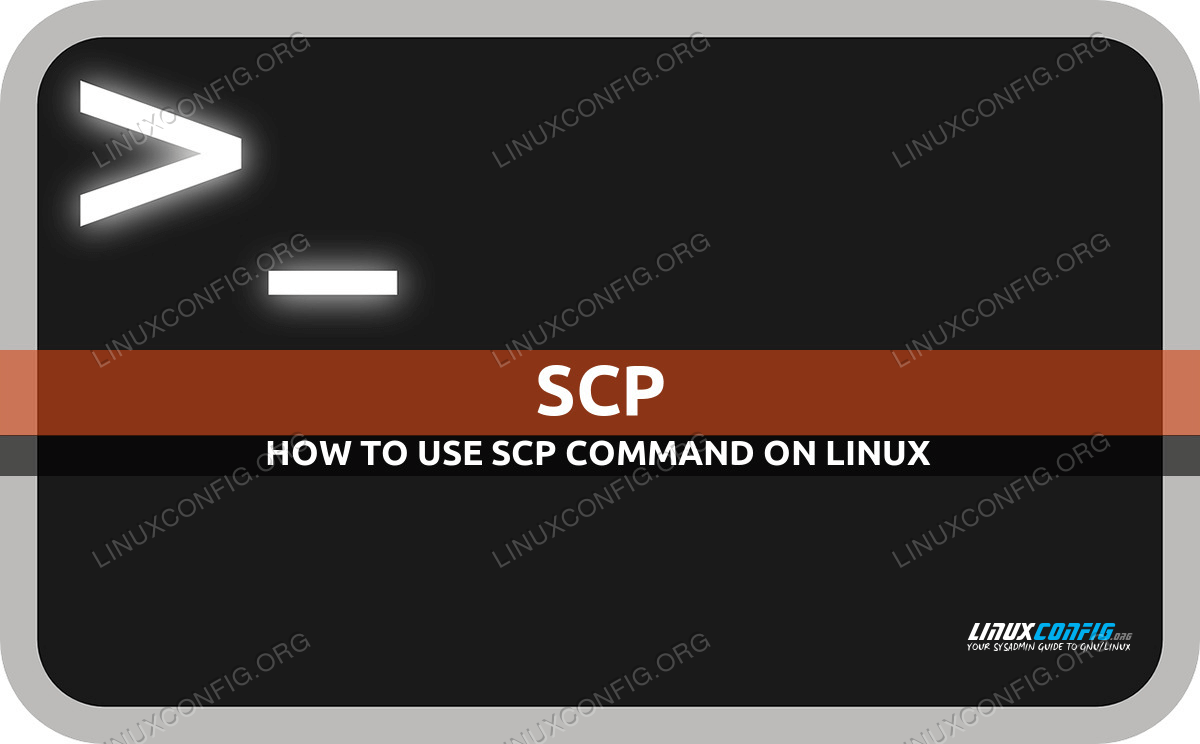 NOTE
You can always use the man command to read more about the scp command and its official documentation. Click the previous link to see how to open the manual pages for any command on a Linux system.

In the section below, we’ve collected a few of the more advanced options that you can use with the scp command in Linux. Make no mistake, scp is pretty simple as far as Linux commands go. However, some of the options below are not as frequently used but still fill a certain niche and are handy to know.

In this guide we have learned about the scp command. It’s a great tool to know when you already have an SSH connection between your local system and a remote server. It’s probably one of the easiest and painless ways to quickly copy files to or from a remote server. To make things even more convenient, you can always set up RSA key authentication, which will bypass the password prompt entirely while also increasing security.