If you have a lot of tab characters inside a text document or program file, they can be annoying because of how they’re represented differently in various text editors. For example, when you send your code to someone else, is it going to display the same way on their screen as it did on yours? Tabs are a bit unpredictable in this respect, and spaces are a much safer bet.

In this guide, we’ll show how to replace all the tab characters inside a file with spaces on Linux. We can use various Linux commands to do the job for us, which we’ll go over below. Depending on your situation and the file in question, some commands may be more suitable than others. 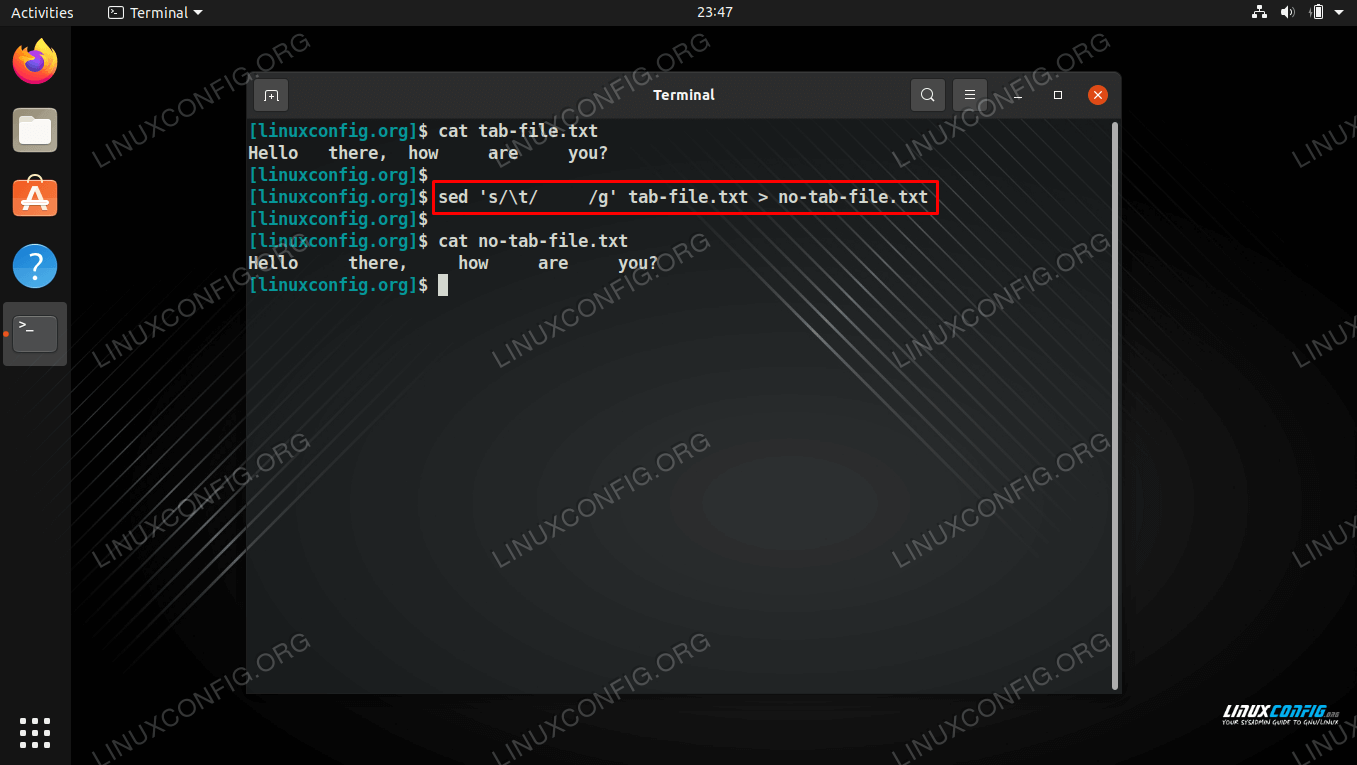 Replacing all tab characters with spaces on Linux

Check out some of the examples below to decide which command you’d like to run on your file(s).

Replacing all tab characters with spaces on Linux

In this guide, we saw how to replace all of the tab characters with spaces in a file on Linux. We are able to do this with the native sed command, and recursively with help from find. There are also the perl and expand utilities, which can do the job as well. Like with many things on Linux, there are hundreds of ways to accomplish this simple task. We’ve shown you some of the easiest and best methods.