There are plenty of reasons why you’d need to set up virtual network interfaces on a RHEL 8 / CentOS 8 server or workstation. The process has changed a bit since RHEL 7, but it’s still fairly straightforward. 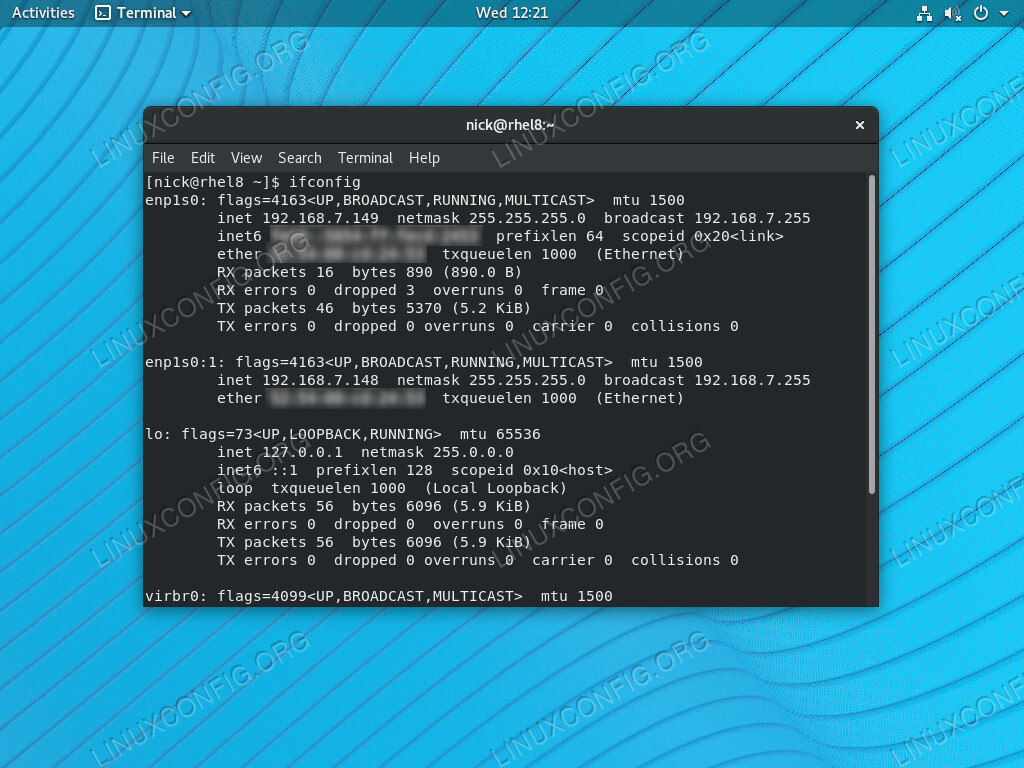 How to Locate Your Network Interfaces

Before you can start modifying your network interfaces to create a virtual one, you’re going to need to find out exactly what they’re called. Since RHEL switched to systemd, interface names aren’t as simple as they once were.

Run ip a to get a full read out of the interfaces on your system. The one you’re connected to your network with will have a local IP address listed next to inet.

How to Edit Your Main Network Configuration

Now that you know which interface you’re looking to work with, you’ll need to modify its configuration file to set up a static IP and make everything work. Open your configuration at /etc/sysconfig/network-scripts/ifcfg-eth0. Replace eth0 with the actual name of your interface. 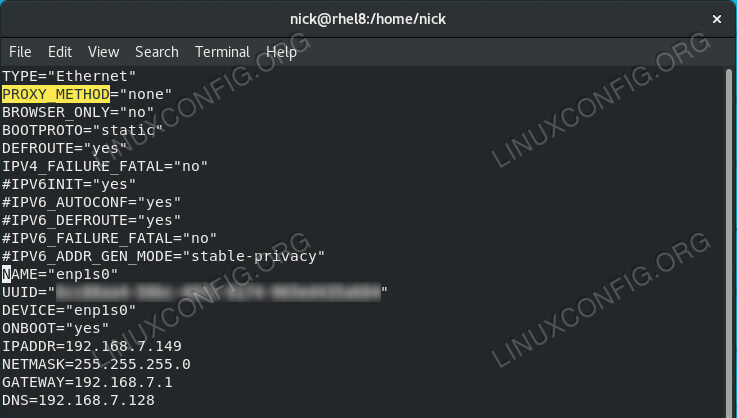 First, make any changes that you want to the file, like disabling IP6 support, if you don’t want it. Then, change BOOTPROTO to static.

At the bottom of the file, add entries for IPADDR, NETMASK, GATEWAY, and DNS. Configure them to match your network.

Save your configuration, and exit.

How to Duplicate Your Network Configuration

You’re going to use that original configuration that you just modified as the template for your new virtual networks. cd into the network-scripts directory to make this easier.

Then, copy the original to create two virtual network configurations.

How to Create The Virtual Interface Confg 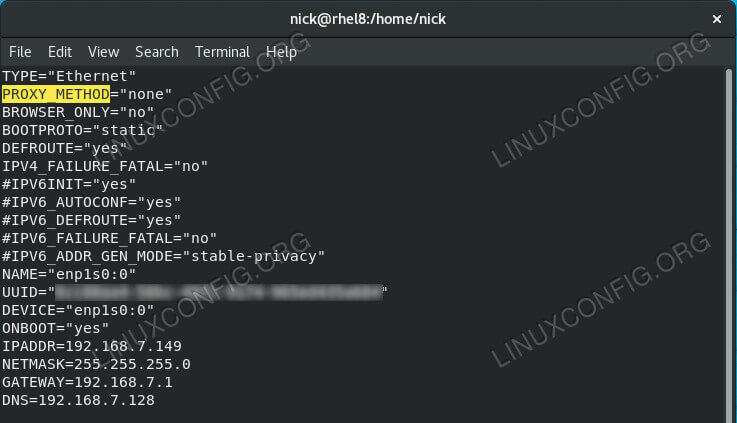 Open up ifcfg-eth0:0 to modify the NAME and DEVICE attributes to match eth0:0. Of course, use your actual device’s interface in place of eth0 here too. 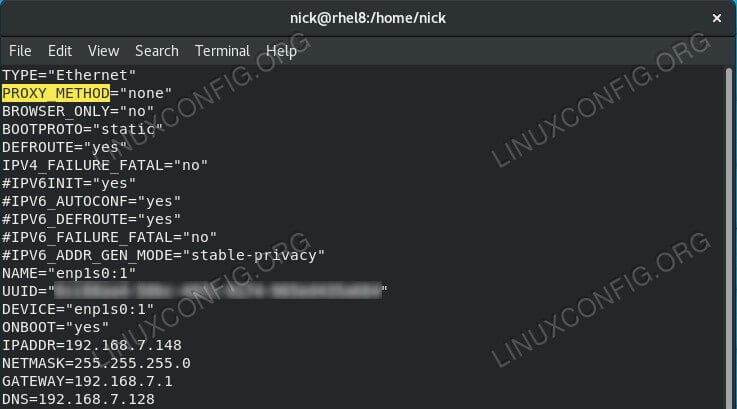 Do the same with ifcfg-eth0:1, this time filling in eth0:1. For this one, you’ll need to change the IPADDR value too. Use a different IP that isn’t used on your network.

When you’re ready, and everything looks correct, restart your computer. You can try restarting the NetworkManager service, but it has a tendency to be uncooperative. 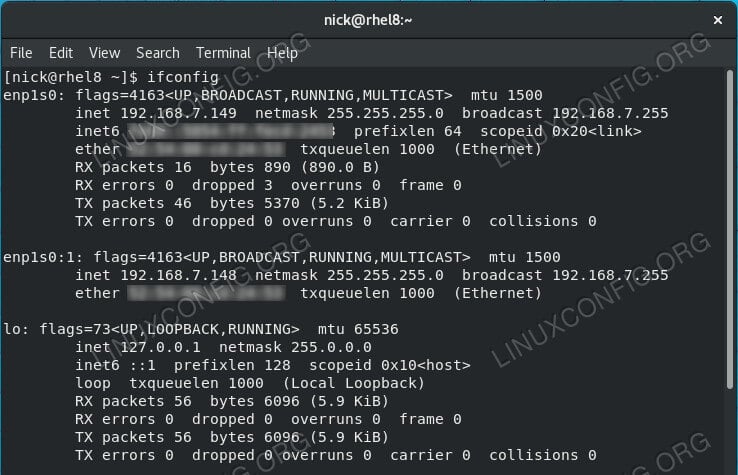 After your computer comes back up, run ip a again. You should see your virtual address this time, complete with the IP address that you set for it.

If you would like to test that your interface is working, you can send it a ping from another computer on your network.

There you have it! You can create multiple virtual network interfaces as you need. They’ll remain active as long as your configurations remain in place.