Now that we understand the procedure we can proceed with Redhat 7 password recovery.

Start your system and once you see your GRUB2 boot menu use e key to edit your default boot item. Usually it is the first line: 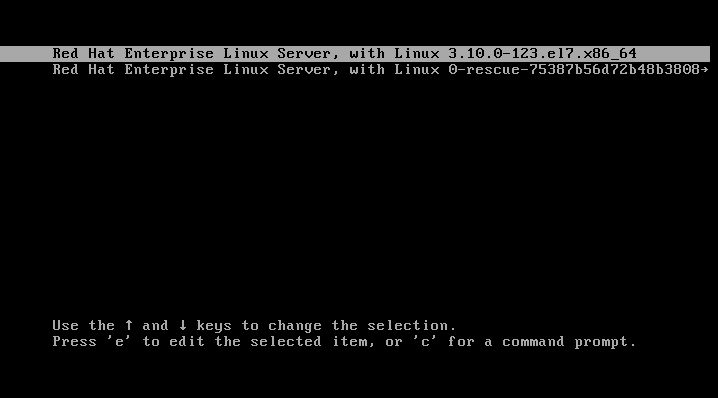 Once you hit e key you will see a screen similar to the one below: 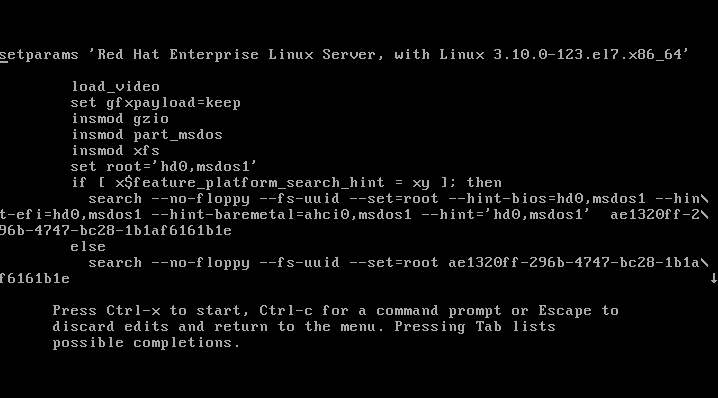 Depending on you terminal screen size you may see more or less information. In case you have a small terminal screen size note the little down pointing arrow on the right edge of your screen. The arrow means that more text is available when scrolling down. Scroll down and locate a line with rhgb quiet keywords: 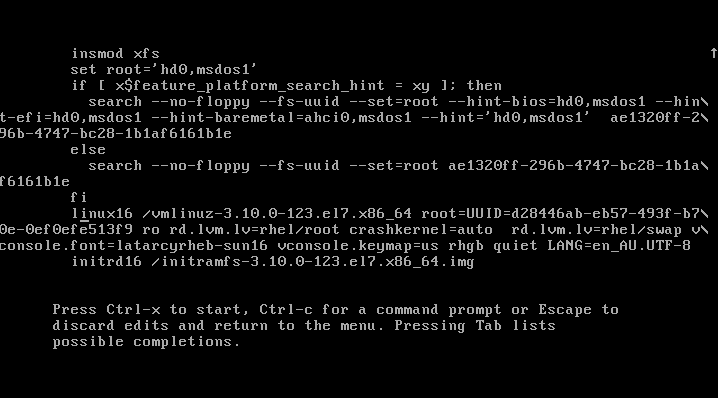 Move your cursor ( HINT: move to end of the line with CTRL+E ) on rhgb quiet keywords and replace them with init=/bin/bash as show below: 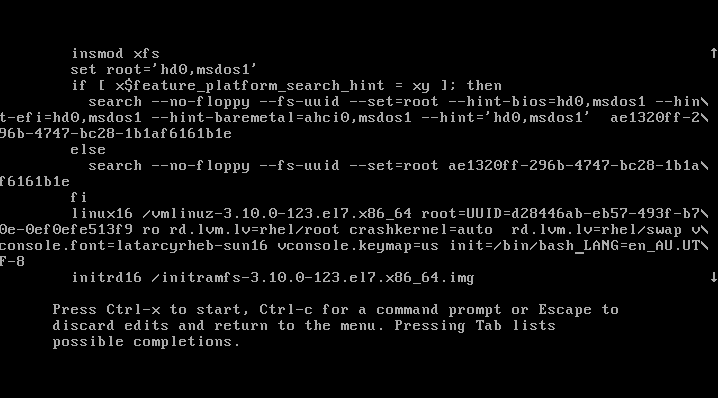 Once you edit the boot line as show above press CTRL + x to start booting your RHEL 7 system into a single mode. At the end of the system boot you will enter a single mode: 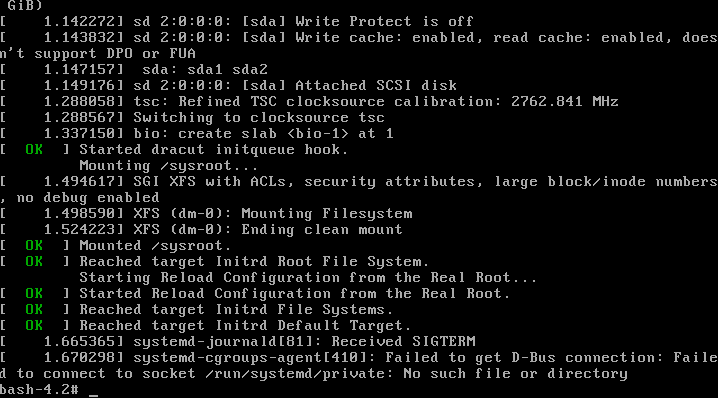 Once you enter a single your root partition is mounted as Read Only ro. You ca confirm it with the following linux command:

In order to mount our partition with Read/Write flag we use mount with a remount option as follows:

Next, confirm that the root file system is mounted Read/Write rw:

All the above steps are show below: Still in the single mode we can proceed with the actual root password recovery. To do this we use passwd command:

You will need to enter your password twice as shown below: 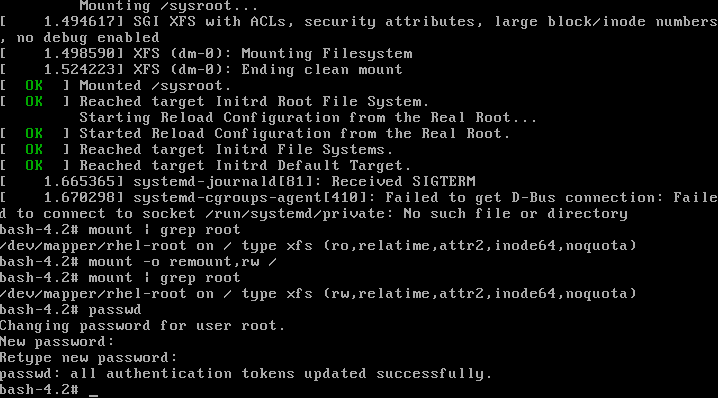 The additional step which needs to be taken on SELinux enables Linux system is to relabel SELinux context. If this step is ommited you will not be able to login with your new root password. The following linux command will ensure that the SELinux context for entire system is relabeled after reboot: 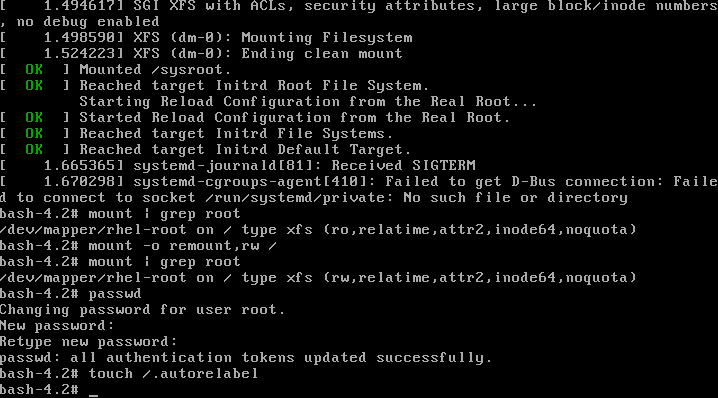 The final step when resetting your lost root password on RHEL 7 linux system is to reboot. This can be done with a following linux command:

After reboot you will be able to use your new root password.