Install SimpleScreenRecorder and use it to record video of your desktop.

SimpleScreenRecorder is available on just about every distribution.

Recording your Linux desktop is… well, simple. With SimpleScreenRecorder, you can easily record your whole desktop or a portion of the screen with very little overhead. To make things even better, SimpleScreenRecorder is a generic X program, so it’s not tied to one specific desktop environment or another.

SimpleScreenRecorder is available everywhere. Install it on your distro.

The Fedora package is available through RPM Fusion. If you don’t already have it, enable it on your system.

Then install with DNF. 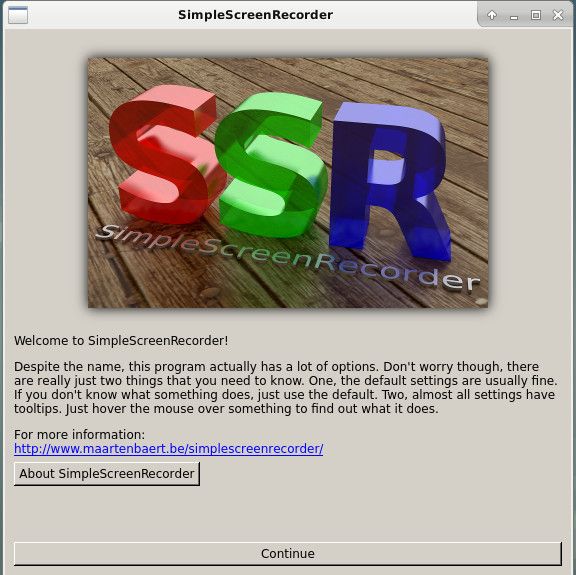 Once you have SimpleScreenRecorder installed, using it is straightforward. It’s a graphical application that most desktop environments classify under the “Media” section of their menus.

Once it’s open, you’ll be greeted with a fairly basic screen. That’s just a splash screen of sorts. To keep going, click the big “Continue” button. 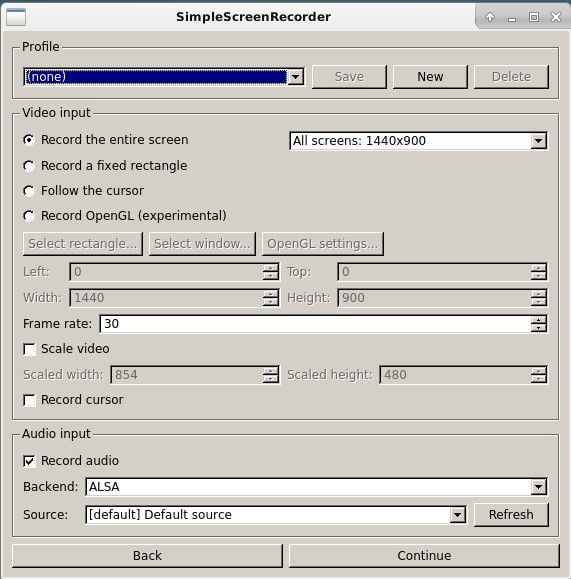 The next screen begins the actual options. Here is where you can select a pre-defined profile, if you have one, and select which space on your screens to record. You can also control how SimpleScreenRecorder handles audio and which streams it records. 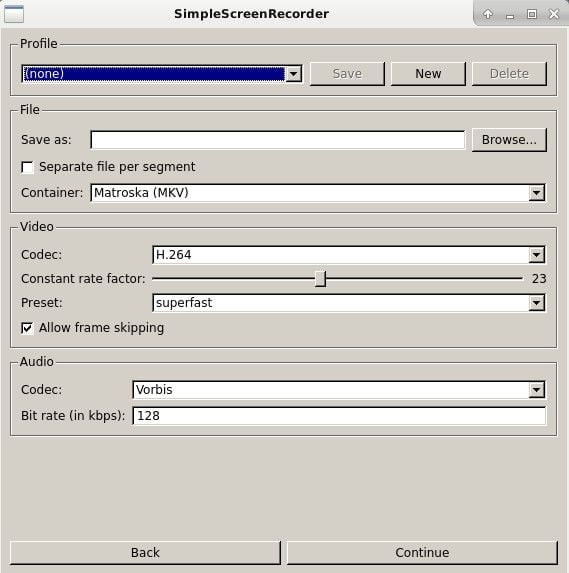 On the following screen, you can set your options for encoding and container formats. SimpleScreenRecorder supports the major HTML video formats, making it an excellent option to record video for the web. 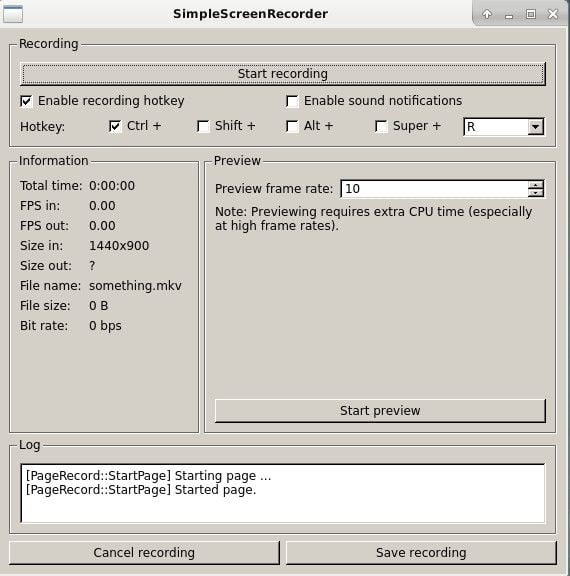 On the final screen, you can begin recording your desktop. This screen is more bare than the others, and just lets you set some hotkeys and save or cancel your recording. SimpleScreenRedorder ultimately tries to stay out of your way to use as few system resources as possible, for minimal impact on your recording itself.

SimpleScreenRecorder is really simple. It’s one of those golden Linux utilities that blows any Windows competition away with its ease of use and the plain directness of the way it operates.

SimpleScreenRecorder is also an excellent option for gamers because of its small footprint. It wouldn’t be hard to record gameplay with it and barely affect framerates, if at all.