Pop!_OS and Ubuntu are both popular Linux distributions, each of which has their pros and cons, differences, and similarities to the other.

In this guide, we’ll be comparing the two distributions across a few key areas and giving a brief review of both distros. Read on to learn more about Pop!_OS and Ubuntu, and how they compare. By the end of this article, you’ll be armed with enough information to choose the best distro for your needs.

Ubuntu is developed by Canonical and has been around since 2004. It’s based on Debian Linux. Even though it’s based on another distro, it’s had plenty of time to develop a unique identity. Ubuntu has enjoyed widespread use and maintained its spot as one of the most popular Linux distros, if not the most popular.

On the other hand, Pop!_OS is developed by System76 and is relatively new, making its debut in 2017. It’s based on Ubuntu and shares many things in common with its ancestors, as expected. 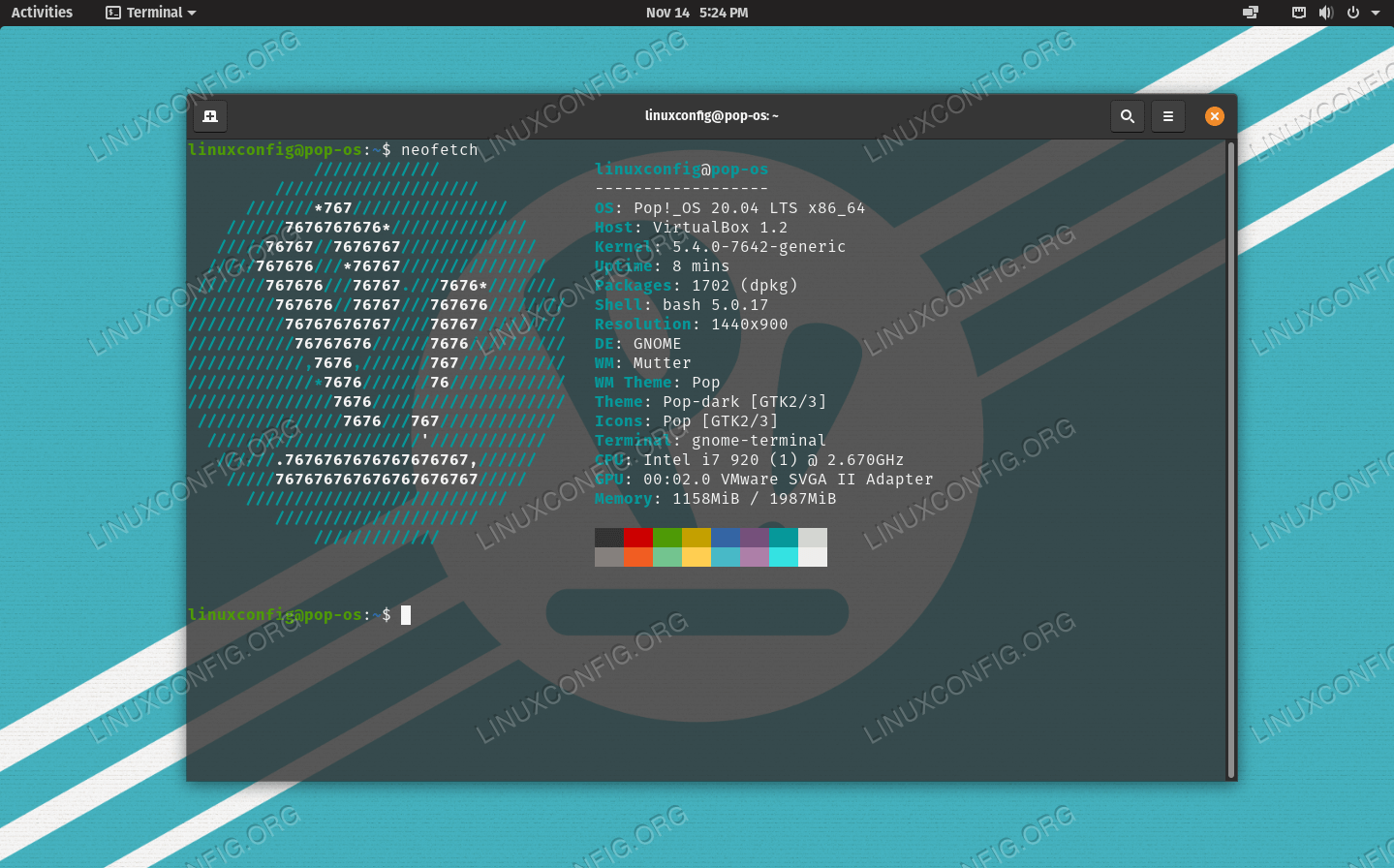 There’s a reason we took time to explain each distro’s lineage in the previous section. It’s important to know that both distros are part of the Debian family, thus will act very similar in certain respects. One such example is that they both use the APT package manager for installing software from the command line.

Another key similarity is that Ubuntu’s principal download and Pop!_OS both come with the GNOME desktop environment installed. Pop!_OS puts its own spin on the environment, but nevertheless, the two produce a similar feel and share some of the same aesthetics.

Newer versions of the operating systems are released around the same time. Pop!_OS even adopts Ubuntu’s versioning convention, so Pop!_OS 20.04 coincides directly with Ubuntu 20.04, for example. Both distros maintain separate repositories, but there’s a lot of overlap in what’s included.

From personal experience with testing various aspects of Ubuntu and Pop!_OS, we can tell you that the two distros feel very similar, with Pop!_OS exhibiting some key differences in user interface and default software. Apart from this, the two don’t have any stark differences that stand out. 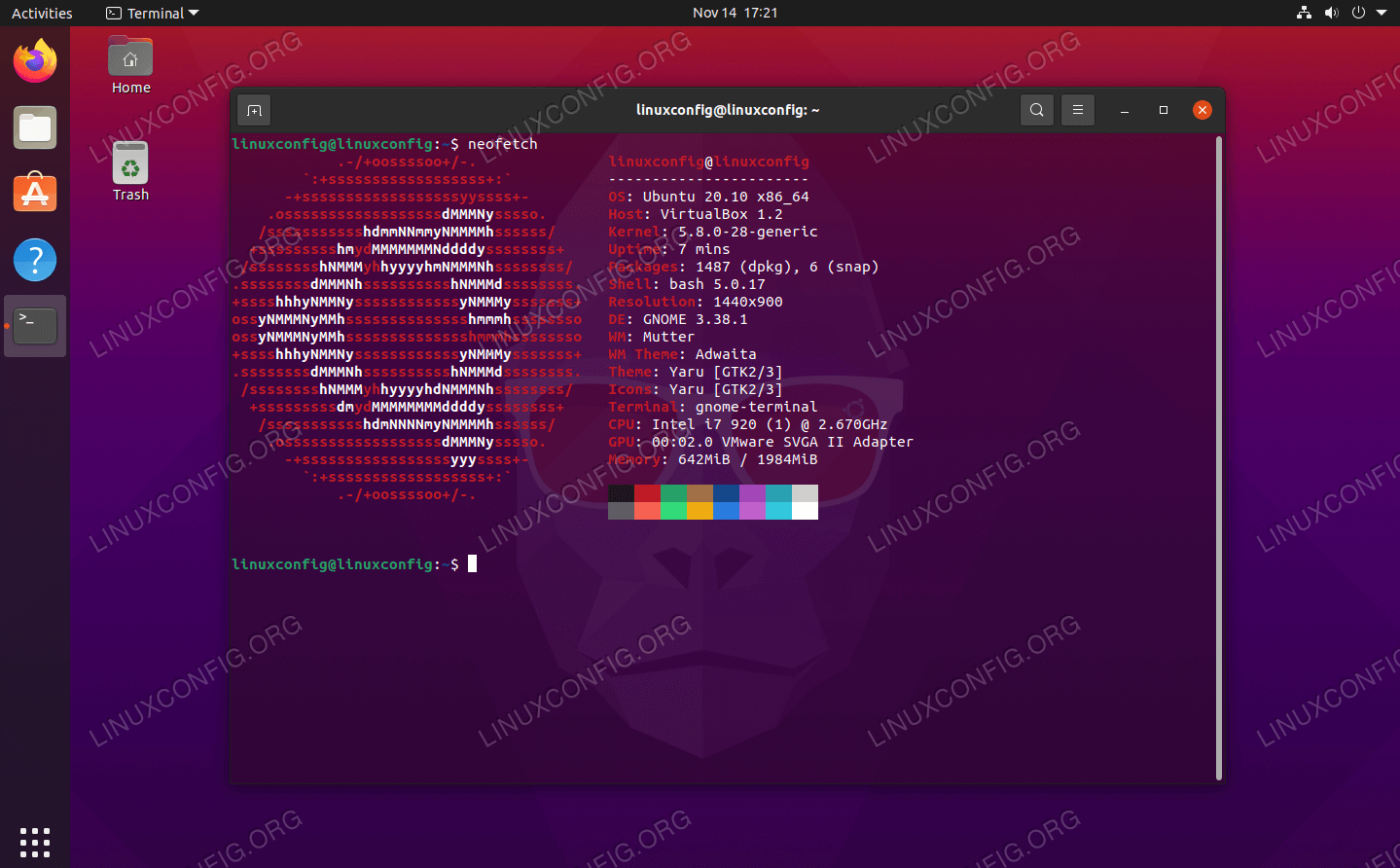 After just talking about how similar the two distros are, it’s time to tell you the key features that do make these distros different from each other.

Ubuntu’s primary audience is, well, everyone. The operating system is purposely generic in order to satisfy the needs of any type of user – a novice, a power user, a business, etc. It even has two separate versions: one for personal computers and one for servers. And if this didn’t already cover everyone, there are also various official “flavors” available that come with different desktop environments and bundled software. Like I said, Canonical wants to satisfy everyone.

There’s nothing wrong with that approach, but System76 takes a different path with Pop!_OS. As their official website will tell you, Pop!_OS is geared towards STEM (science, technology, engineering, and mathematics) and creative professionals. This doesn’t mean their distro isn’t user-friendly – far from it, actually. A novice will still find Pop!_OS perfectly welcoming. After all, it inherits much of its user-friendliness and ease of use directly from Ubuntu.

The most outstanding feature of Pop!_OS, and also its biggest difference from Ubuntu, is the modified version of GNOME that it comes with. A full list of unique conveniences are compiled on the official website, but this includes advanced workspaces, keyboard shortcuts, and window stacking. After working with it for a few minutes, you’ll find windows and applications very easy to manage and run simultaneously. The interface has essentially been streamlined to help users better manage their workflow.

The screenshot below may help give you an idea of what’s possible. Note that these windows all snap into place, quickly and fluidly. 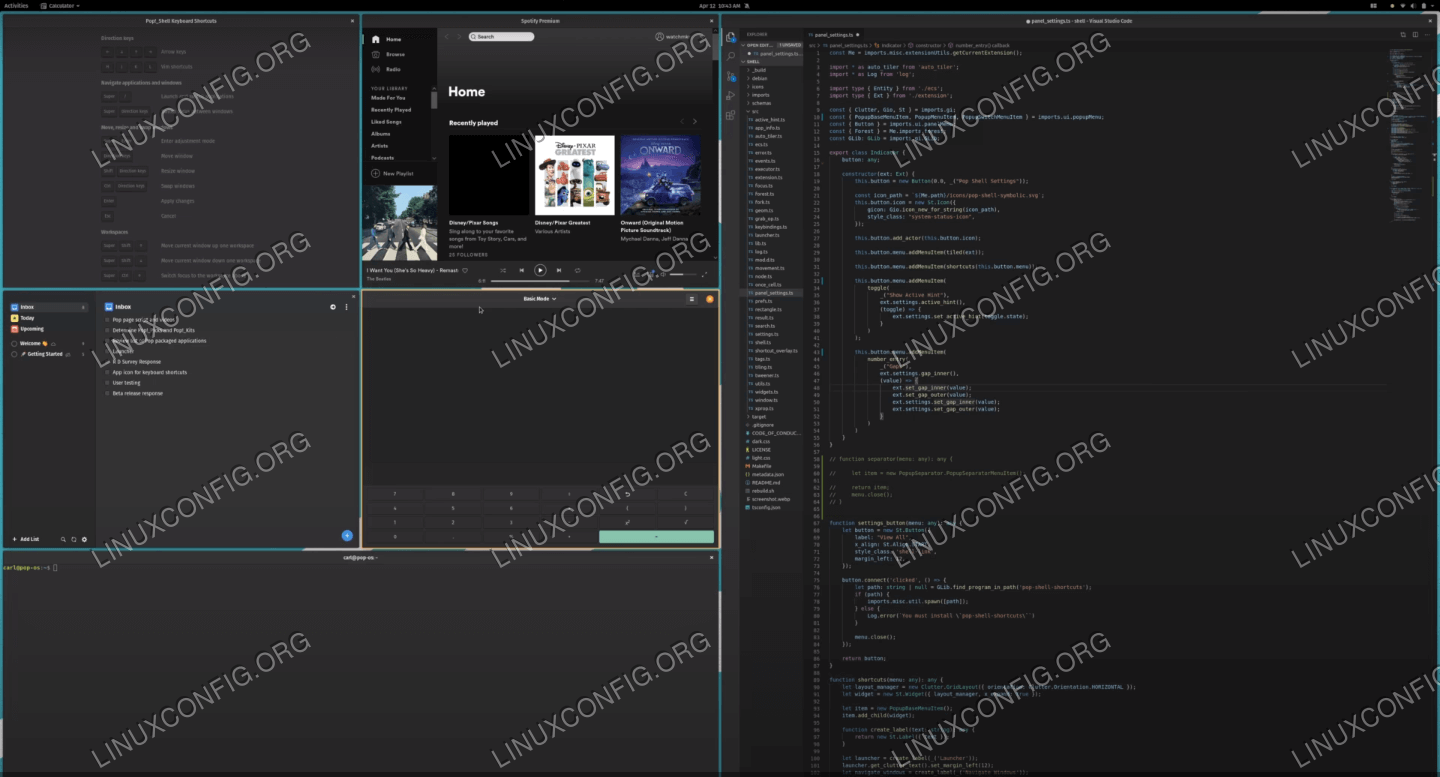 Another unique feature of Pop!_OS is that it provides full disk encryption out of the box. You can kind of start to see how Pop!_OS is aptly suited for a “work computer,” rather than concerning itself with being ultra-inclusive like its predecessor.

If you’ve already narrowed down your search for a Linux distro to Ubuntu or Pop!_OS, then the answer should be pretty simple to determine. It will mostly come down to whether you need a more advanced desktop interface than what Ubuntu provides. Pop!_OS is designed to keep clutter off your screen and let you focus more on your work.

We’d recommend installing both distros and then going through your normal routines to see which one facilitates your workflow better. Take a few minutes to learn Pop!_OS’ keyboard shortcuts and window stacking features (all documentation available at the official website) to get the most out of it.

To sum it up in a few words, Pop!_OS is ideal for those that frequently work on their PC and need to have lots of applications open at the same time. Ubuntu works better as a generic “one size fits all” Linux distro. And underneath the different monikers and user interfaces, both distros basically function the same. Remember, there’s no wrong choice with either of them.