Most Linux users know that KDE is a feature rich desktop environment with a whole suite of applications for nearly every task imaginable. What many Linux users don’t know is how far the KDE team has stepped up the level of completeness in the latest releases in Plasma 5. As of the latest release of KDE Plasma 5(5.6 at the time of this article), the KDE team has been packing Plasma with a ton of interesting and convenient features that show just how modern and convenient the Linux desktop experience can be.

First off, Plasma 5 looks clean. It’s pretty obvious that a lot of time has gone into the default Breeze theme and the associated icon set. Everything is high resolution, crisp, and shows really well on high DPI screens. It’s also clear that animation and compositing were and remain key concerns in developing the Plasma desktop. The motion of windows is fluid and none of the animation seems cheap or overdone and certainly doesn’t interfere in any way with productivity. There is, as of now, an odd text rendering bug stemming from the combination of Plasma 5 and Nvidia’s proprietary drivers. It’s minor, and only causes some heavy text blurring in the launcher, but it is there. 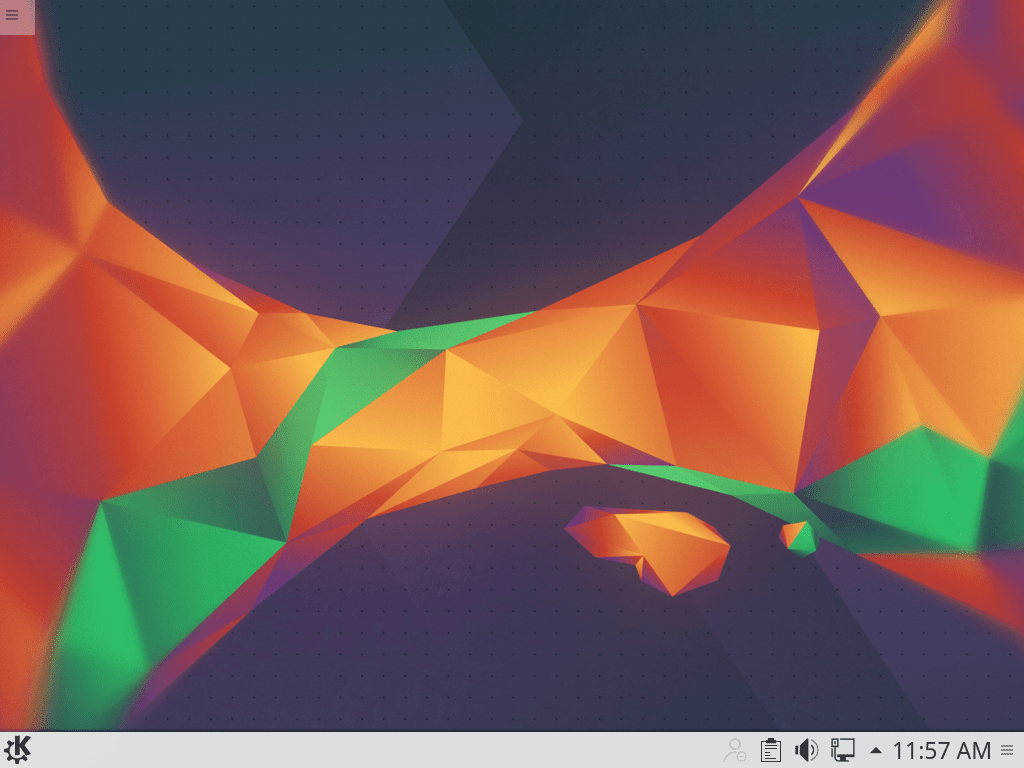 To add to the excellent job being done with the animation and compositing effects that help to add that more modern feel and flair to Plasma 5, KDE has added OpenGL and OpenGL ES support. In the “Display and Monitor” section of the “Settings” menu, there is a compositor subsection with the option to change the rendering backend to OpenGL. This can really improve performance and save on CPU resources.

With the increasing number of devices in everyone’s lives and most of them being networked or needing to interconnect in some way, it’s important for a modern desktop environment to handle these connections and do so in a simple, not at all infuriating(Anyone remember trying to connect an iPod or the early days of Android MTP?), way. Once again, Plasma 5 makes mounting drives and external devices painless. External drives appear immediately in the device notifier in the main menu bar. and are accessible right there, or through the Dolphin file manager, whichever you prefer. This is true of networked devices, USB, digital cameras, and, yes, even MTP Android devices.

Plasma 5 takes this increased interconnectivity even further with a relatively new and rapidly maturing bit of software called KDE Connect. KDE Connect allows users of Android and Blackberry devices to sync their device with their desktop wirelessly over a LAN. This allows an owner of one of these devices to get instant notifications from their phone on their desktop as well as the ability to remotely access the phone’s storage and check battery levels. There is also preliminary and experimental support for replying to and sending text messages from KDE through a phone running KDE Connect. 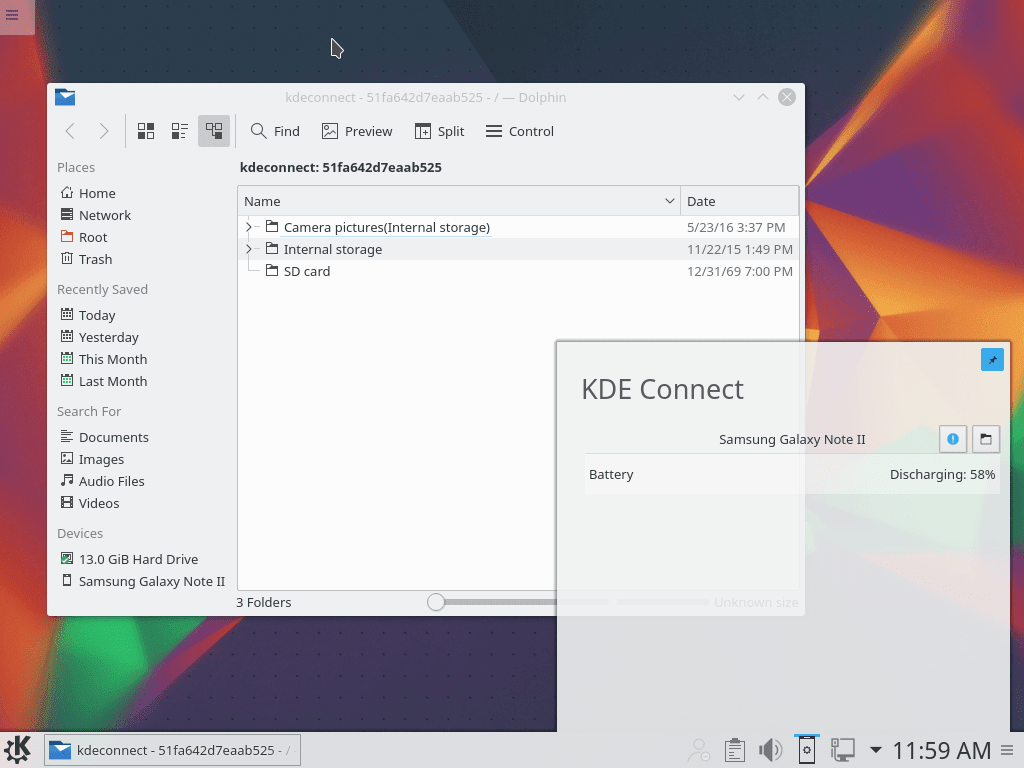 Surprisingly enough, all of this functionality is extremely easy to set up. Most distributions are shipping Plasma 5 with KDE connect already installed. The only thing needed is the mobile app. Currently, it’s available for Android through the Play Store and F-Droid and Blackberry, but according to KDE, iOS support is in the works. Once the app is installed, it will present you with a list of available devices. Pick the one you want, confirm on the desktop, and everything is ready to go.

Plasma’s task manager not only looks good, it is packed with convenient functionality. One of the nicest task manager features is the real time window previews. By showing a small preview of a minimized window on mouseover, KDE makes it easy to check the progress of something, or maybe see if you got a reply to that message without actually opening the window.

The previews also have their own functionality in the case of multimedia programs. Mouseovers of music and video windows provide controls and album art.

Minimized windows in the task manager also act as progress bars. For operations like copying files, the file manager window serves as its own progress bar when minimized, allowing you to see any progress made without having to open the window or mouseover to check it.

For custom launchers in a panel, there is a new small feature called “jump lists.” Jump lists are available on a right click of the launcher and provide a list of the main options of the program that the launcher represents. So, if you wanted to launch Firefox with a private window, you could right click your Firefox launcher, and the option will be right there.

Mobile devices have shown the world what Linux users have known all along; having all of your available software in one place is a good thing. The problem with Linux for most users is that there hasn’t been a graphical tool on par with the App Store/Play Store. Ubuntu’s Software Center was close, but still didn’t measure up. Now, Discover is certainly not there either, but it has been making progress, and is very simple and easy to use. For non-technical users who just need an easy way to install the basic applications that ship with their distro, Discover is a great choice. Additionally, Discover provides a graphical means for keeping a system up-to-date and provides notifications when updates are available. It will be interesting to see the progress that Discover makes in the coming releases. 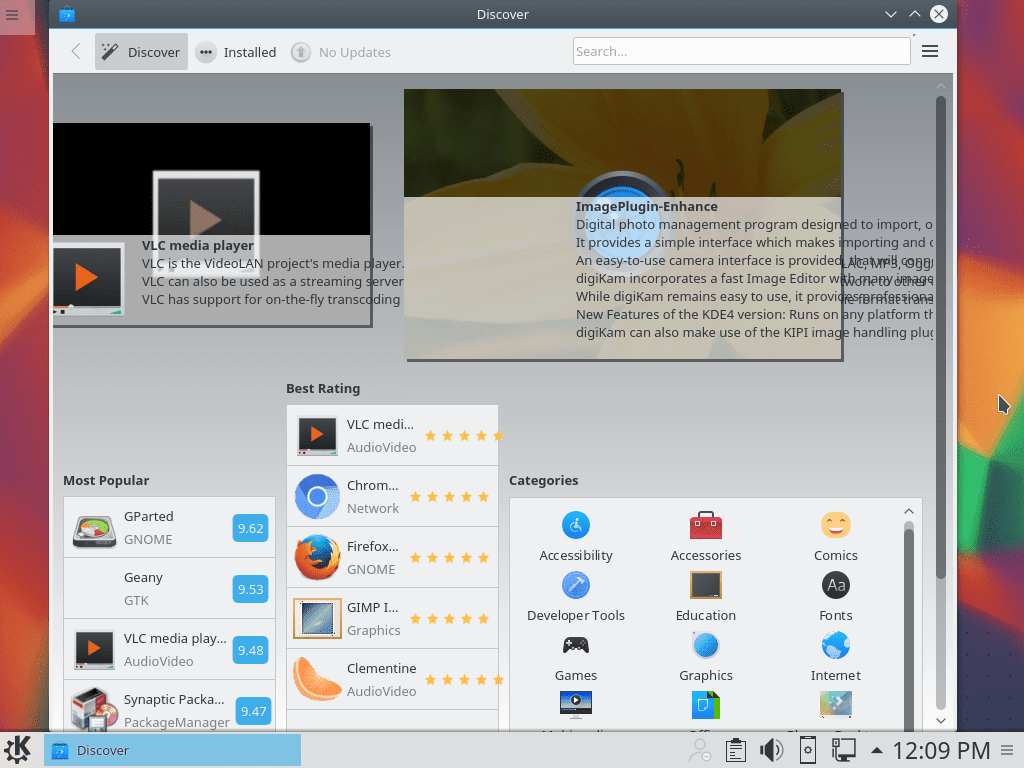 This may not be a feature that everyone will get excited about, but Plasma 5’s Network Manager displays graphs depicting network usage and comes with built in support for airplane mode. For users who want to measure their traffic, either because of data limitations or for diagnostic reasons, this is a pretty convenient little improvement.

KRunner has been around for a while, but as of Plasma 5.4, it displays past searches and gives recommendations based on what has been typed. This might not seem like a lot, but for users that prefer keyboard based navigation, KRunner is a lifesaver, and being able to quickly access previously searched commands will definitely speed up a lot of people’s workflows. 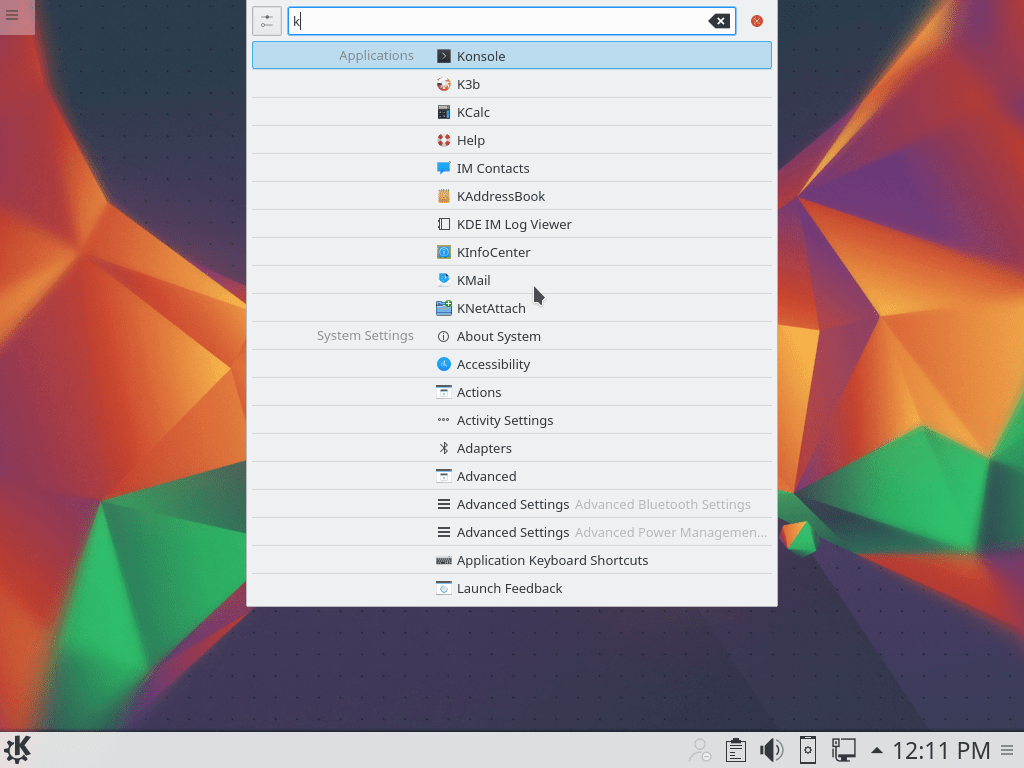 Great news people still using AIM! Plasma 5 has integrated its IM management software, Kopete, into its default menu panel. Now, for everyone else here in 2016, this integration has some other great benefits, the first of which was mentioned earlier with the ability to send SMS through KDE Connect, since it uses Kopete to do so. Kopete also has support for many other popular platforms like Google, including Hangouts, and Office 365. It’s not much, but for users of those platforms it provides a nice organizational boost. 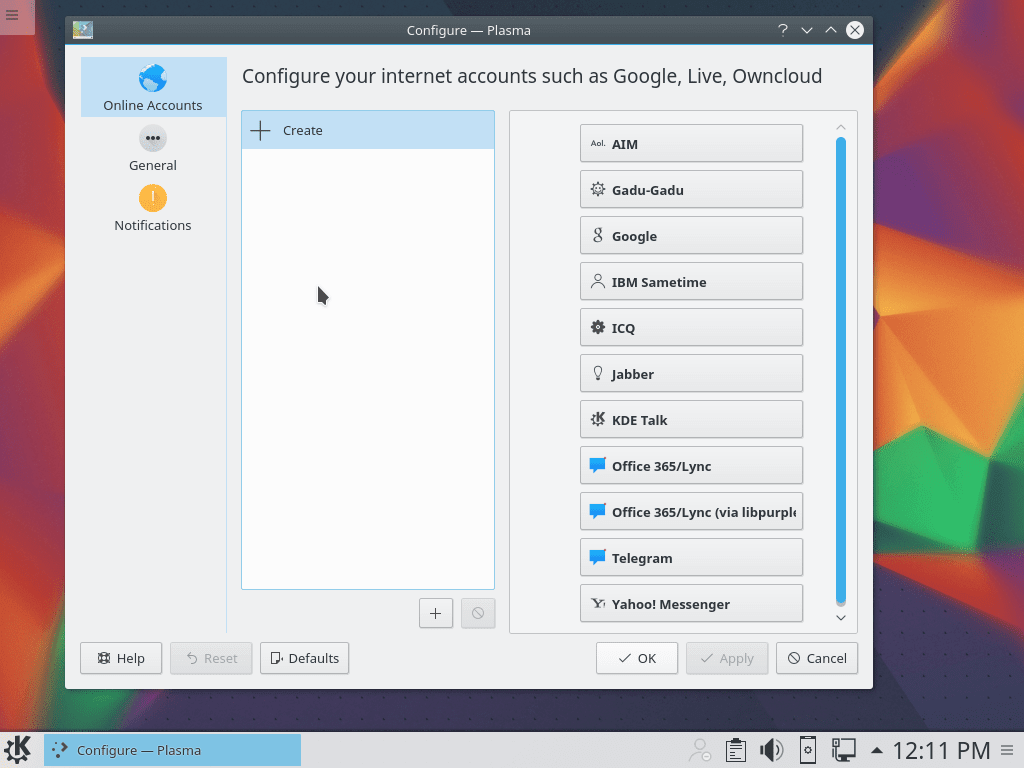 The 5.5 release of Plasma brought with it a likely under-appreciated applet, the disk quota applet. For most users, disk quotas are not a concern; however, in enterprise and academic environments where storage is shared and individuals have specific allocations, this little applet can come in very handy for letting users know just how much hard drive space they have to work with.

Anyone who has ever done design work or web development knows that color pickers are important for figuring out everything from color schemes and color theory to just what the hexadecimal value of that color is. Sure there are plenty of them online, and tools like GIMP have them integrated, but for a quick lookup, nothing beats having a tool like this right on the desktop.

Give It A Try!

Plasma 5 may just be the most feature rich desktop ever in the Linux ecosystem, and it certainly gives proprietary solutions a run for their money. By not only focusing on the basics of making a solid well performing desktop but expanding into small touches and conveniences, Plasma 5 sets itself apart. Of course, no desktop can be perfect, but by constantly growing and innovating, it can move ever closer. That’s exactly what KDE Plasma is doing.