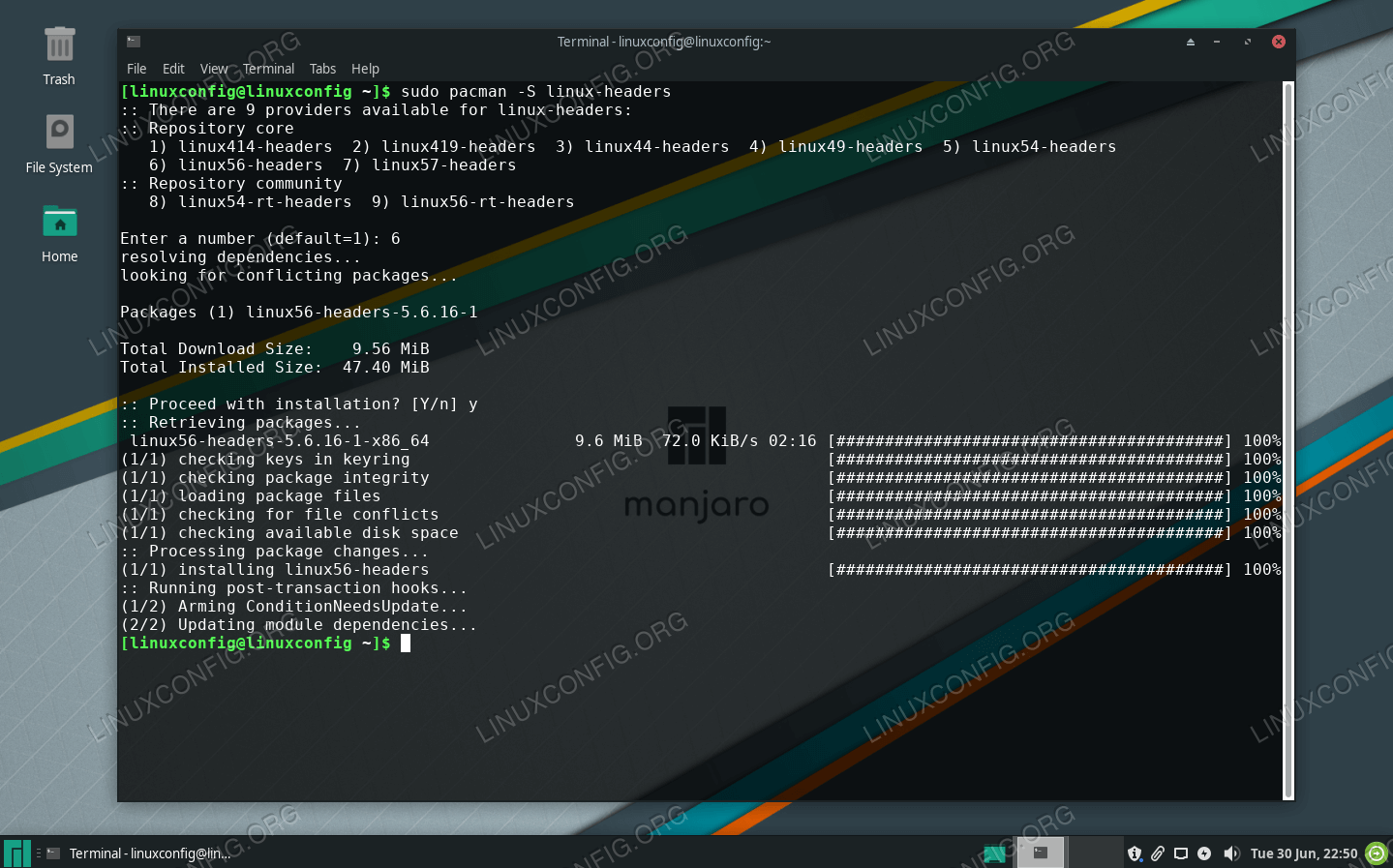 Getting the right package

To clear up any upcoming confusion, let us preface by saying that Arch Linux, the ancestor of Manjaro, uses two separate but similarly named header packages. One is linux-api-headers which is sanitized for use in userspace. This package is utilized when the user tries to compile their own libraries, like glibc for example.

What you need to know is that this API package has nothing to do with the Linux kernel headers themselves. The two are independent of each other and may very well be at different versions. In this guide, we’re working with kernel headers, and not the API headers.

You can see the version of your system’s current kernel headers by opening a terminal and executing the following command. This instructs pacman to retrieve a list of all the packages installed on your system and grep specifically for headers. 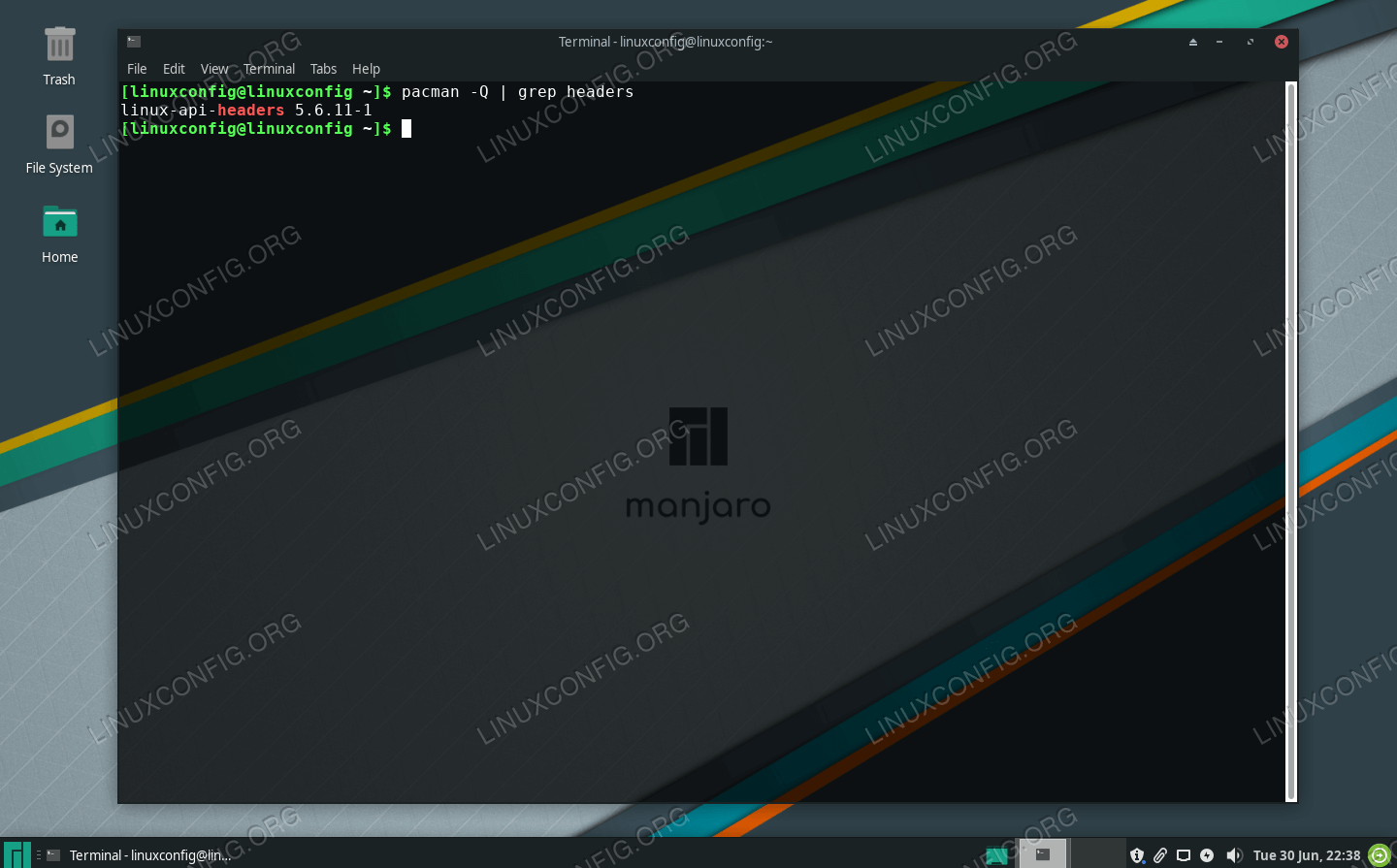 We have a fresh install of Manjaro on our test system and pacman shows us that there aren’t any kernel headers currently installed. Again, the linux-api-headers package is not the kernel headers.

If your system does have kernel headers installed, you’ll see the version in that output.

Generally, the version of our system’s kernel headers should correspond to the version of the kernel itself. This may not be the case if you’re having compatibility issues and want to install an older version or if you need to test out the newest kernel header packages by installing a more upgraded version.

Open a terminal and type the following command to check the version of your Manjaro system’s kernel: 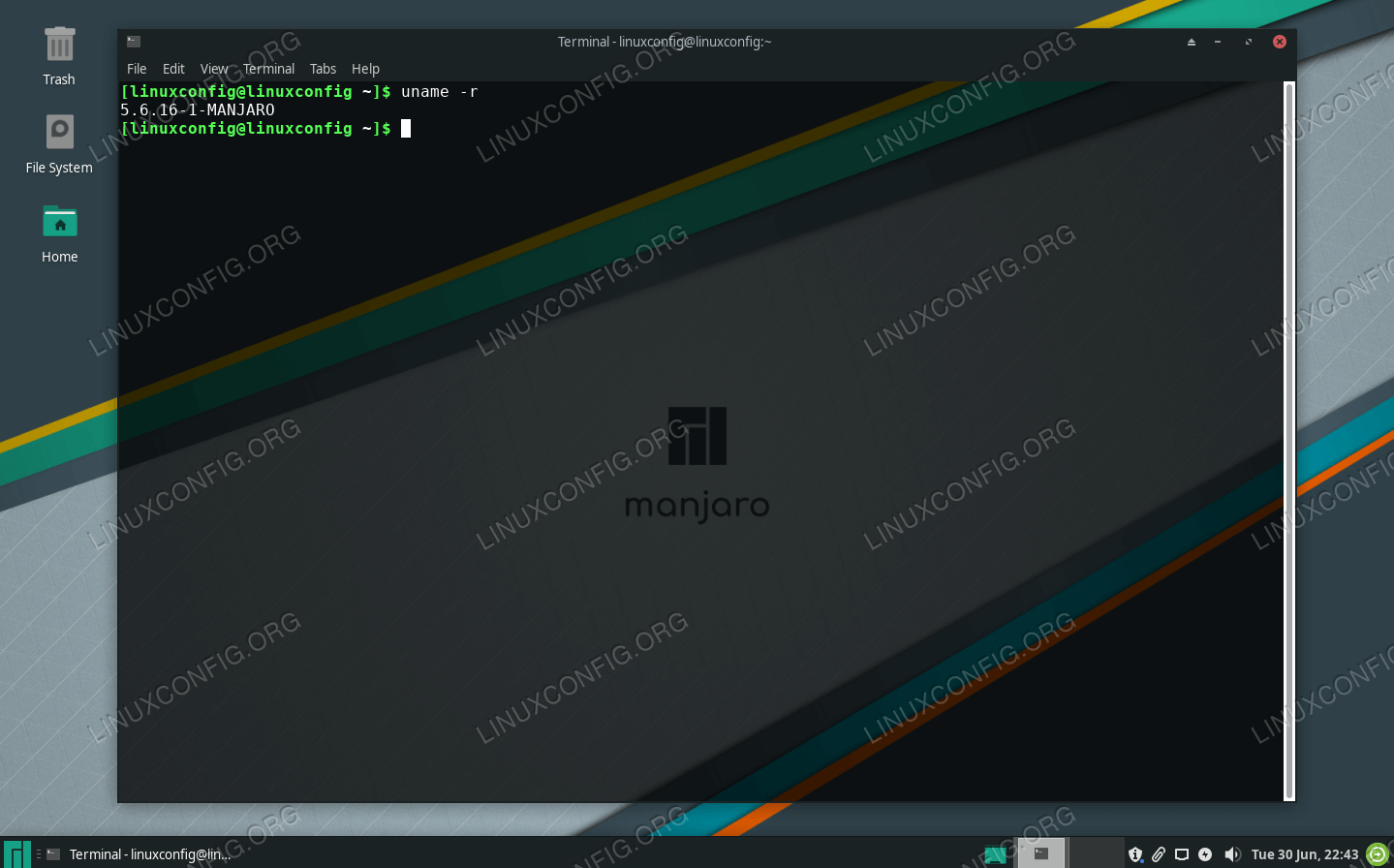 Check the kernel version with uname command on Manjaro

As you’ll see in the screenshot, the version of the kernel on our test system is 5.6.16-1. The first two numbers are what’s important here, so let’s remember 5.6.

Now, let’s update our kernel headers to be on par with the kernel itself. Or, if you don’t have kernel headers installed at all, this command will install them for you. Type the following command in your terminal:

Choose the desired version of kernel headers to install

If you already have kernel headers installed, pacman will proceed to update them. Otherwise, pacman will present you with a few options. Unless you have a unique circumstance, we want to choose from among the repository core options. We have seven different choices here. As discussed, there are a few situations where you may want to install older kernel headers, but generally, you’ll want them on the same version as the kernel itself.

Since our test machine is running kernel 5.6.x, we’ll choose option 6, which installs the linux56-headers package.

Check again to see that the package was installed correctly. 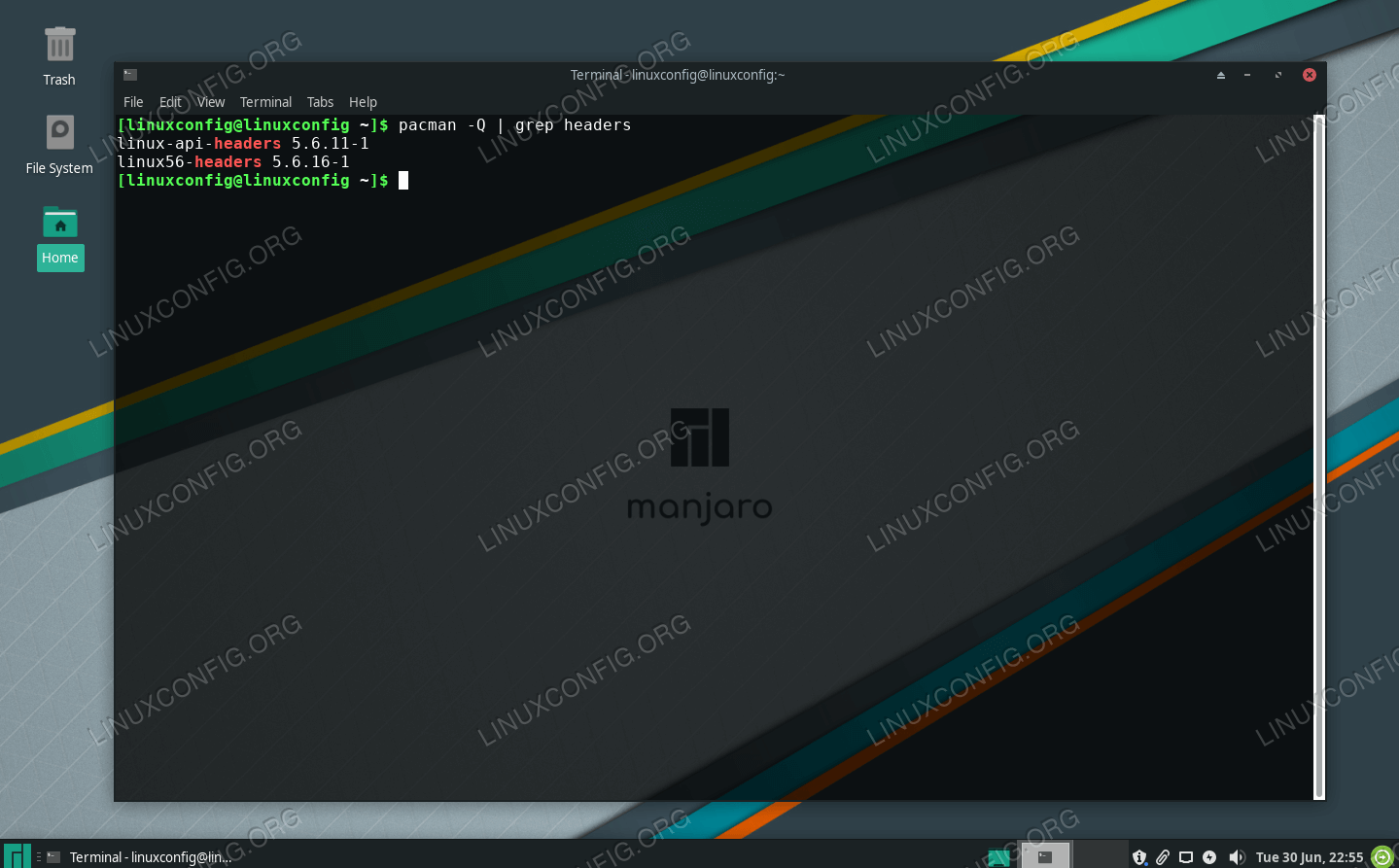 You may need to reboot your system to start using the kernel headers.

If you’re looking to switch kernel header versions, you have the option to either upgrade or downgrade. We covered upgrading above, but here’s the command again:

To downgrade, you need to remove the current version of your installed headers, and then you can use pacman to install an older version. For example, to remove our 5.6 headers:

Next, issue the following command and choose which version you’d like to use:

You’ll have the option to install various header versions from either the repository core or community repository.

In this guide, we saw how to install, upgrade, and switch between kernel header versions on Manjaro Linux. We also discussed the important Arch-unique caveat about the linux-api-headers package which causes a bit of confusion to the inexperienced.