It’s always a good idea to take frequent backups of your MySQL or MariaDB databases. They can potentially contain thousands of lines of irreplaceable data. Many users may be confused on how to back up their databases at first, as the process differs quite a bit from backing up ordinary files. The process of restoring a backup must also be known, as there’s no point in having a backup if the user cannot reliably restore it. 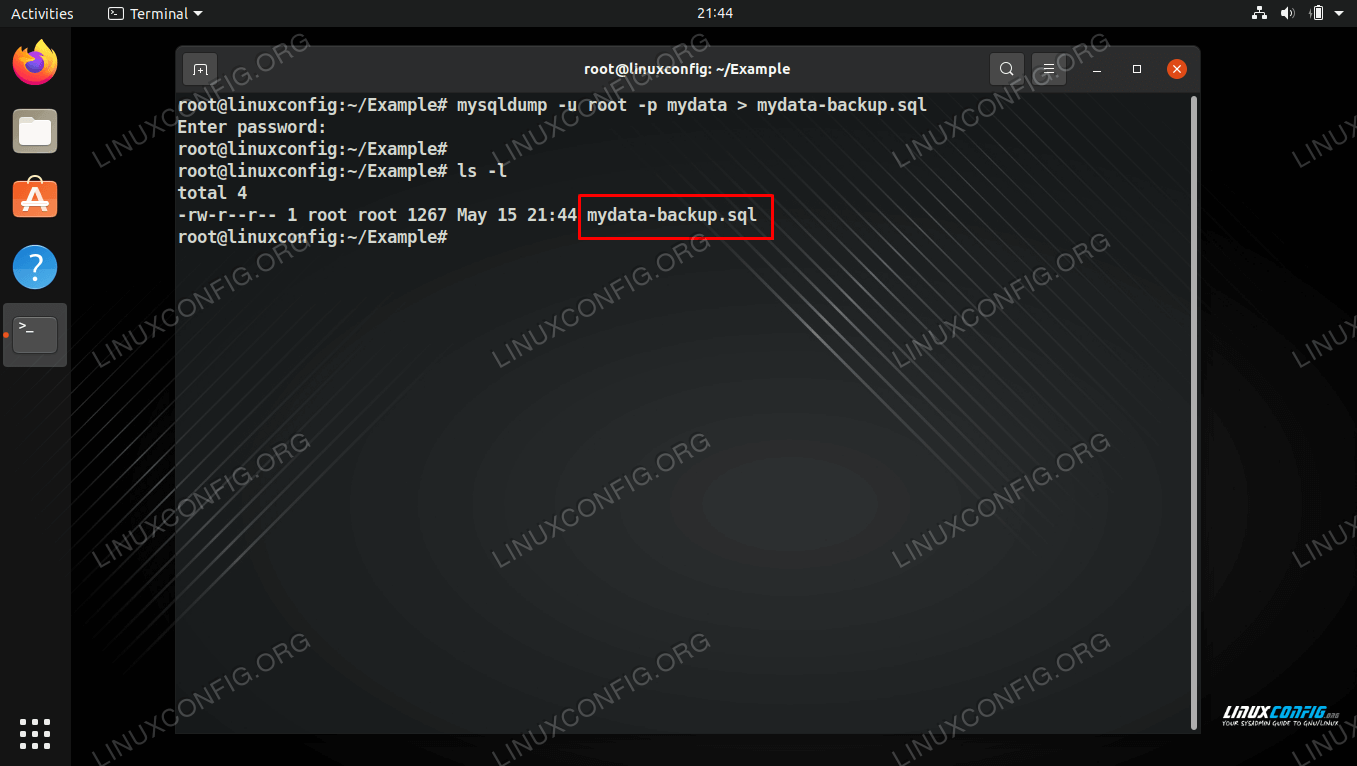 Backing up a MySQL database on Linux

How to back up MySQL or MariaDB database

The following commands will work whether you are running MySQL Server or MariaDB. In our examples, we are backing up a database called mydata with our MySQL root account. You will need to substitute your own values accordingly and remember that the user you choose must have permissions on the database. Or you could always use the MySQL root account like we are in these examples.

Backing up a MySQL database on Linux

For backing up databases, that’s all there is to it. Feel free to adapt these commands as needed, or turn them into a Bash script or insert them into cron for automated backups.

How to restore a MySQL or MariaDB database backup

Your MySQL/MariaDB database backup is stored as a .sql file. Have this file handy and you can use the following command examples to restore a backup.

In this guide, we learned Linux commands to back up and restore MySQL or MariaDB databases. This included the backing up of multiple databases at once, or just a single database. You can use these commands to keep your MySQL data safe, and script regularly scheduled backups so you don’t always have to remember to run the commands.