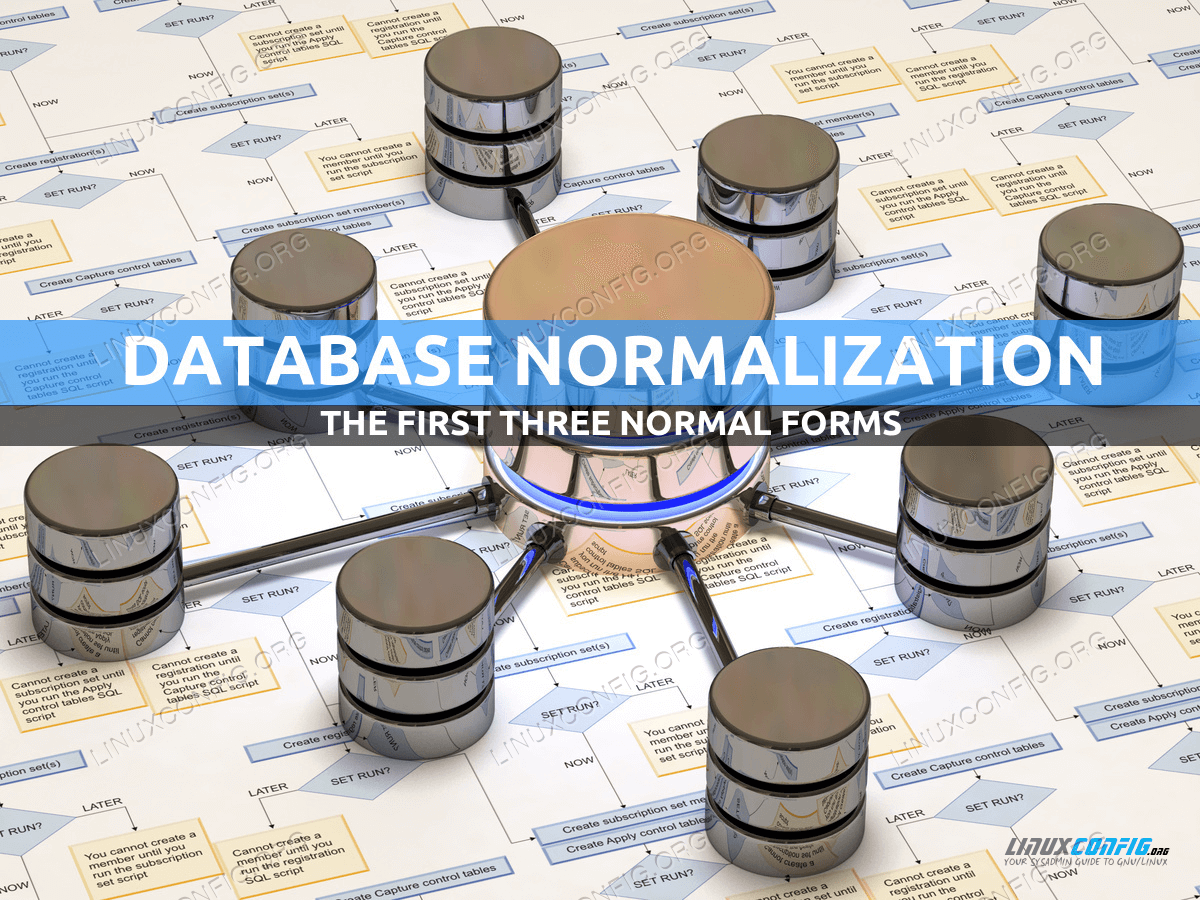 Suppose we have the following table we use to store information about some movies:

The table above, doesn’t satisfy the first normal form, why? For the first normal form to be satisfied, each column of a table must contain atomic (indivisible) data. In the second row of our table, which contains information about the “The Usual Suspects” movie, we can see that the genre column contains data which is not atomic. Two genres are actually listed: Thriller and Neo-noir. Let’s say in our representation we want to allow one movie to be associated with more than one genre; how do we solve the problem?

The first thing that comes to mind may be to add a new row in the same table, repeating the information about the movie, and just specify one genre per raw. This idea is quite horrible, since we would have a lot of redundant data (we should repeat the same movie information each time we want to associate it with a new genre!).

Another slightly better solution, would be to add a new column, so to have, for example, a genre1 and genre2 columns. This however would, among the other things, represent a limit: what if a movie should be listed under more than two genres?

A smarter way to solve this problem is to create a new table used to store genres information. Here is the “genre” table:

Now, since the one between genre and movie is a many to many relationship (a movie can be related to several genres, and a genre can be related to many different movies), to express it without data redundancy, we can use a so
called junction table:

The table is now in first normal form.

What is a partial dependency? Let’s start by saying that in a table there could be more than one candidate key. A candidate key is one column, or a set of columns that together can be identified as unique in a table: only one of the
candidate keys, will than be chosen as the table primary key, which uniquely identifies each row.

The attributes that are part of candidate keys are defined as prime, while all the others are called secondary. For a relation to be in second normal form, there should not be any secondary attribute which is dependent on a subset
of a candidate key.

Let’s see an example. Suppose we have a table we use to store data about soccer players and their scores for each gameday for a fantasy football application, something like this:

Let’s take a look at this table. First of all we can see that it satisfies the first normal form, since the data in each column is atomic. The data contained in the player_id column could be used to uniquely identify a player, but
can it be used as primary key for the table? The answer is no, because a row for each player will exist for every gameday! Here we could use a composite primary key instead, made by the combination of the player_id and gameday columns, since one and only one entry can exist for that player for each gameday.

Let’s take the role attribute, for example. It is a secondary attribute, since it is not part of any candidate key. We can say that it is functionally dependent on player_id, since if the player changes, also the associate role potentially can change; however, it is not dependent on gameday, which is the other component of the composite primary key, since even if the gameday changes the role of the player remains the same. We can say that role is functionally dependent on a subset of the composite primary key, therefore the second normal form is not satisfied.

To solve the problem we can create a separate table used to exclusively describe each player:

We can now remove those information from the score table, and make it look this way:

We added the club and club_city columns to the table to specify, respectively, the club associated with a player, and the city that club belongs to. Unfortunately the table now doesn’t satisfy the third normal form, why? It is quite simple: the club_city attribute doesn’t directly depend on player_id, which is the table primary key, but it has a transitive dependency on it, via another secondary attribute: club.

How to solve the problem so that the third normal form is satisfied? All we have to do is to create another table, where to record information about each club. Here is the “club” table:

We isolated club information in a dedicated table. As a primary key for the table, in this case, we used the club_name column. In the player table we can now remove club_city column, and add a foreign key constraint to the club column so that it references the club_name column in the club table:

In this tutorial we talked about the first three normal forms of a relational database and how they are used to reduce data redundancy and avoid insertion, deletion and updation anomalies. We saw what are the prerequisites of each normal form, some examples of their violations, and how to fix them. Other normal forms exist past the third, however, in the most common applications, reaching the third normal form is enough to achieve an optimal setup.