This article focuses in more detail on booting from USB after such bootable USB (also referred to as live USB) had been created. Instructions on how to create a bootable USB can be found in:

Before we explain how to boot Ubuntu 18.04 from USB you should know what keys (or combination of keys) you need to hit to access Boot Menu and BIOS/UEFI on your computer. The next two sections list such key combinations depending on the type of PC you have.

To start the USB boot, switch off your PC and insert the USB bootable flash drive into your computer. It is recommended that all other USB devices are removed (e.g. memory cards, printers). After that, switch ON your computer. If you set your BIOS/UEFI correctly your PC will now start the booting sequence from the USB external media in order to install Ubuntu from USB.

If NOT, reboot your computer again, and attempt to access your Boot Menu, which can be different depending on your device. We explained earlier how to access Boot Menu on your computer. Once you have accessed the menu you will have to select the USB item and press ENTER.

If Boot Menu is not available you will have to access BIOS/UEFI. This will allow you to boot from removable media. Before booting Ubuntu 18.04 from USB you need to check if the USB flash drive is selected in BIOS/UEFI in the Boot devices menu. Above we outlined how to access BIOS/UEFI on various computers. Note also, that some computers (e.g. ultrabooks) have a fast boot option. It is important to disable this option before the Ubuntu 18.04 USB boot is initiated.

Go to BIOS/UEFI settings and look for Boot Device Select Menu. Make sure that the USB (may be called: Removable Devices, USB-HDD) selection is at the top of the list, which will always make your PC to boot from a USB flash drive first. If USB is not present, the computer will boot from the hard drive.

Note also that on some of the newer computers with UEFI/EFI you will have to disable secure boot (or enable legacy mode).

Given that you did successfully boot from your previously created Ubuntu bootable USB you will be briefly shown this screen: 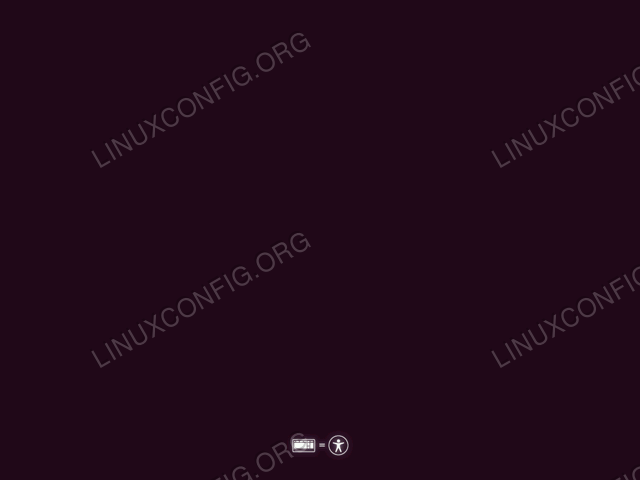 If you act quickly enough, hitting the TAB key you will bring up the boot menu where you can choose to simply just try Ubuntu without installation.

After that, proceed with steps outlined in How to install Ubuntu 18.04 Bionic Beaver.