ZFS is a file system focused on storage and redundancy. It’s designed with file servers in mind, where high availability and data integrity are absolutely paramount. That’s one reason it’s interesting, but very exciting, to see it natively available on a desktop operating system like Ubuntu. Note that ZFS on Ubuntu is a new feature and therefore still flagged as “experimental.”

The newest iteration of Ubuntu, Ubuntu 20.04 Focal Fossa, offers a new option during installation that hasn’t been present in previous LTS releases. We now have the ability to format drives with the Z File System (ZFS) inside the Ubuntu installation process. Ubuntu itself still uses the ext4 file system, but the rest of your partitions or hard drives can be formatted with ZFS.

In this tutorial, we’ll guide you through installing Ubuntu 20.04 with ZFS as our file system on a few drives. If you already have Ubuntu installed and aren’t yet using ZFS, there’s no need to do a fresh install. We’ll show you how to install ZFS on an already established Ubuntu 20.04 install as well. 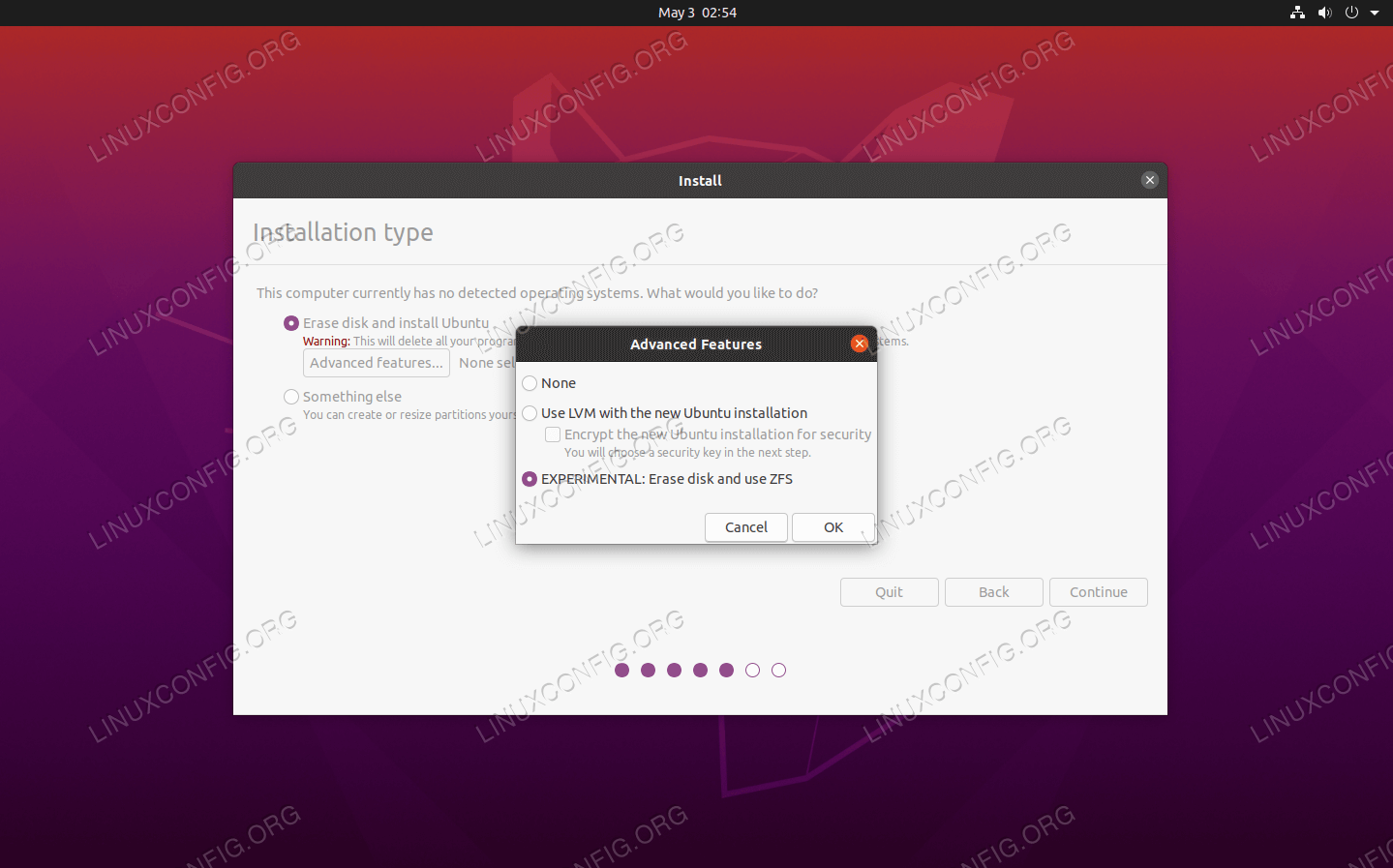 Formatting drives with ZFS on Ubuntu 20.04

In the following steps, we’ll be doing a fresh install of Ubuntu 20.04. Be sure to download Ubuntu 20.04 if you don’t already have it ready to go.

Our system has four hard drives – a modest configuration compared to most ZFS rigs, actually. We’ll use one hard drive for Ubuntu itself, which must be formatted as ext4. The other three will be formatted with ZFS and can be setup as a storage array when we’re done installing Ubuntu.

Without further ado, let’s get to the installation process:

You can see your ZFS partitions and/or drives available with the fdisk command. 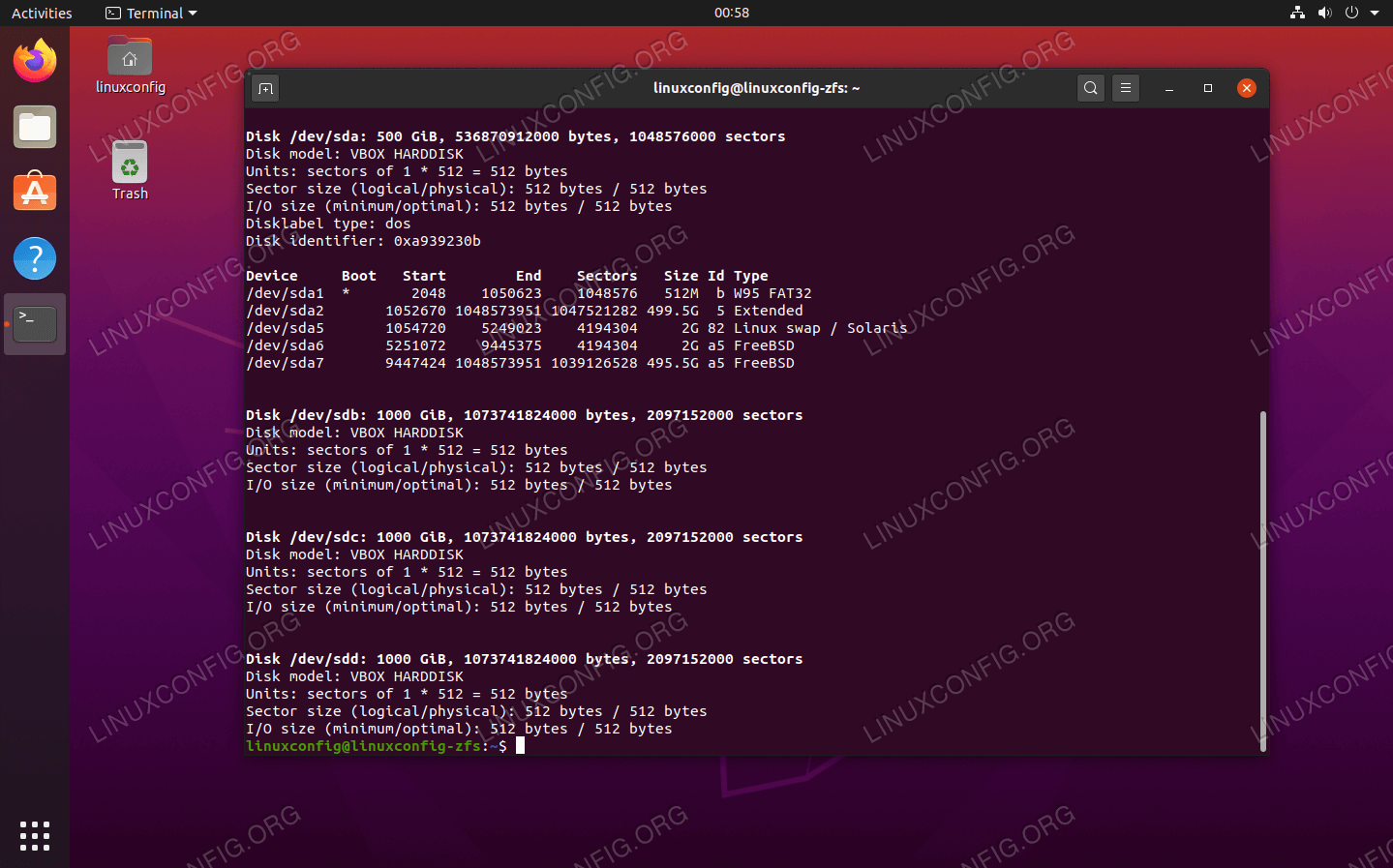 There’s a lot of configuration you can do with ZFS. To just scrape the surface and make our drives accessible, we can put them in a zpool with this command:

Our drives are then mounted automatically and available under the /mypool directory. 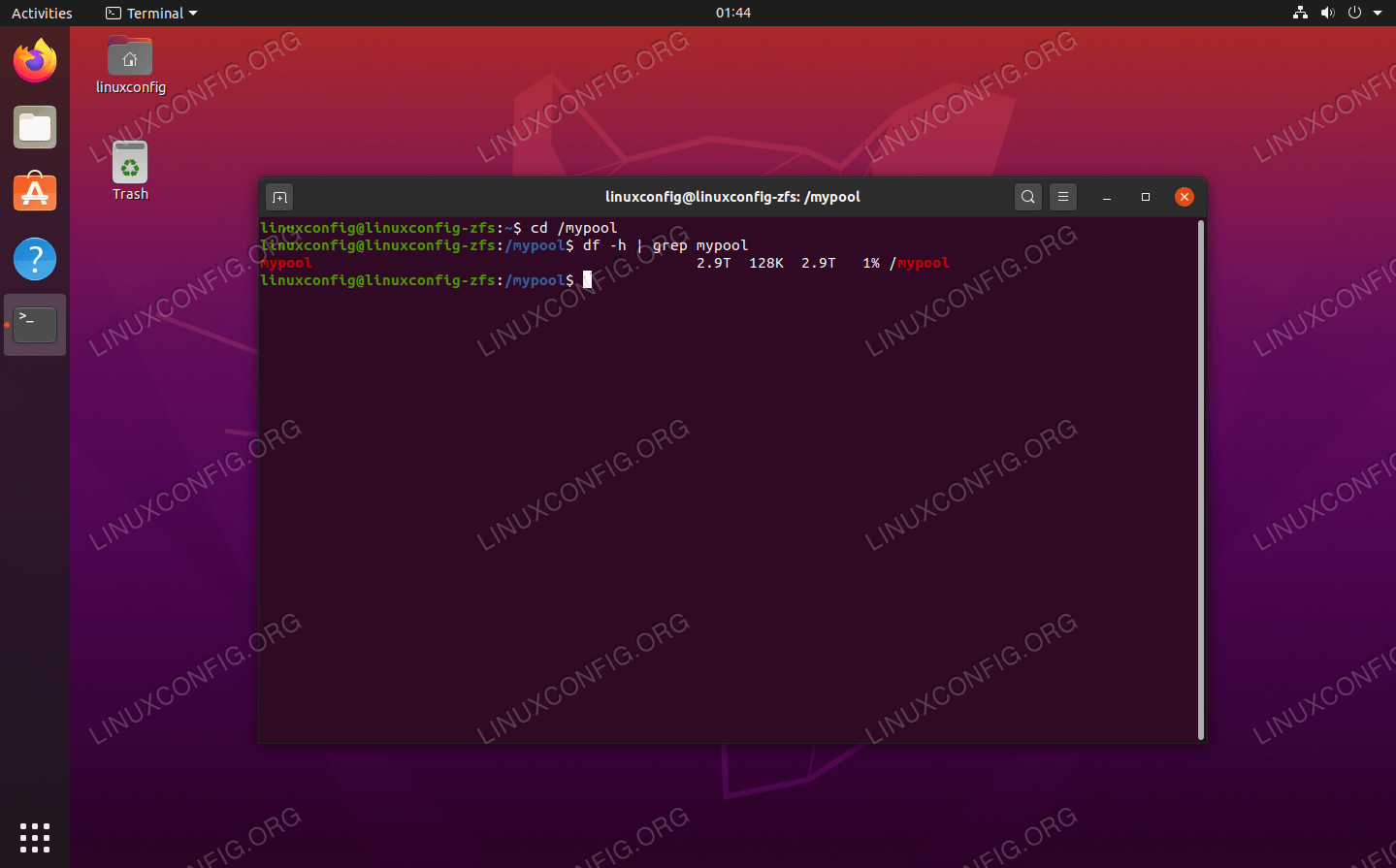 Our ZFS pool is mounted and accessible

If you installed or upgraded to Ubuntu 20.04 without configuring ZFS during the install, you can still use ZFS. You just need to open a terminal and install the zfsutils-linux package.

You can verify that ZFS has been installed with this command: 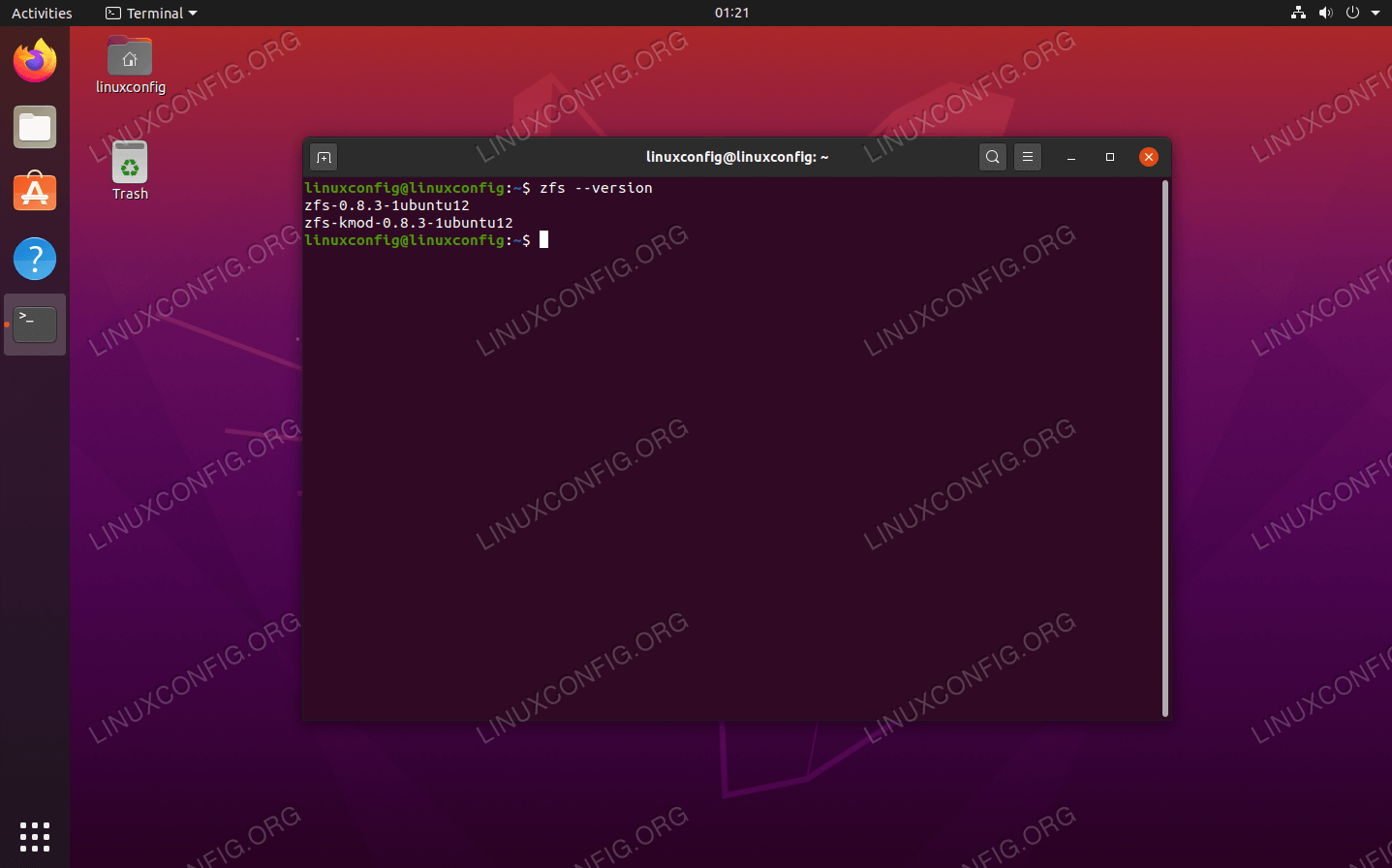 In this guide, we saw how to install ZFS on Ubuntu 20.04, both at time of OS installation and on an already established system. ZFS has been available for some time on Ubuntu, but never natively. Ubuntu 20.04 has made it very easy to get started with ZFS on Linux.