Install the MEAN stack on Ubuntu 18.04

The MEAN stack is quickly becoming a favorite among web developers. MEAN stands for MongoDB, ExpressJS, AngularJS, and NodeJS. Clearly, this is a JavaScript heavy tech stack, so it’s not for people who don’t like JS. However, it does provide an excellent framework for building lightweight and fully capable web applications.

MongoDB is a NoSQL database that’s gereally thought of as being more nimble than SQL options. Because of this, it pairs well with NodeJS based applications.

MongoDB is available in Ubuntu’s repositories, but it’s already outdated. So, it’s better to install it directly from MongoDB’s repositories. Begin by adding MongoDB’s key.

Next, create a file at /etc/apt/sources.list.d/mongodb.list. Open it with your favorite text editor, and add the line below.

Notice that it says xenial. As of this article, there is no repository for Bionic. You might want to check this before installing.

You can now update Apt and install MongoDB.

NodeJS is obviously a critical component of this setup. The LTS release of Node is available in the Ubuntu repositories. If you want to go with that release, just install it normally.

If you want the absolute latest release of NodeJS, you can add the Node repository to Ubuntu. Note: as of now, Bionic is not supported. This will probably change soon.

Then, install your packages.

There is a way to set this all up manually, but it takes more time that you’d ideally want when setting up a new project. Thankfully, there is a more convenient way to install and set everything up with Git and NPM. So, begin by cloning the mean.io repository where you want to build your project.

Next, change into the resulting directory. 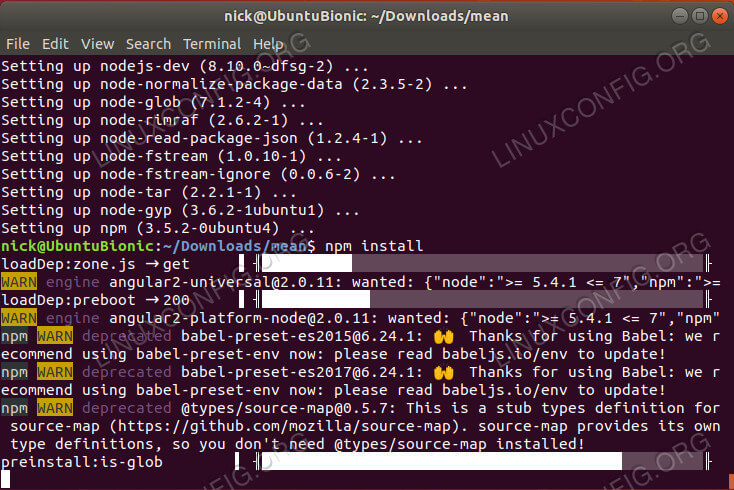 Install MEAN With NPM On Ubuntu 18.04

Use NPM to automatically download and install all of the remaining dependencies and set them up.

Finally, you can use NPM to start up a development server for your project. 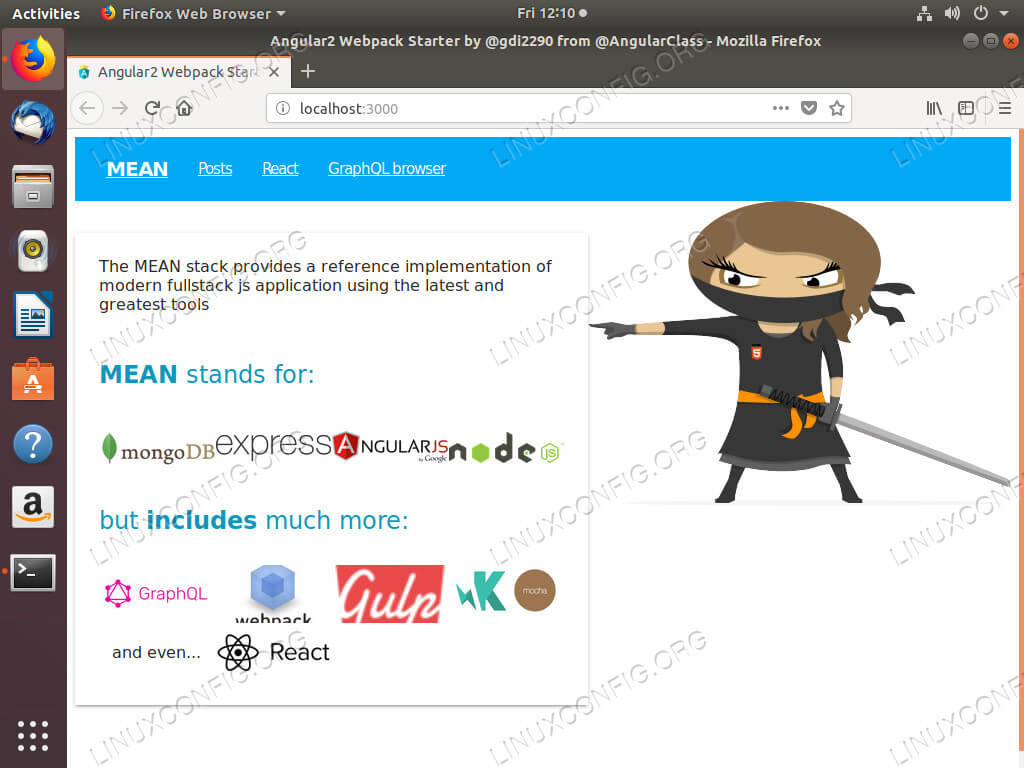 You are now running the MEAN stack on your Ubuntu machine!

Obviously, there is a lot more that you need to do, if you want to deploy this into production. This setup is mostly for development purposes. You’ll also need to hook up your database for production use as well. Right now, though, you have all the makings needed to get started with the MEAN stack.