Most of the modern Linux Desktop systems come with Nvidia driver pre-installed in a form of the Nouveau open-source graphics device driver for Nvidia video cards. Hence depending on your needs and in most of the situations there is no need for an additional Nvidia Linux Driver installation procedure.

The only reason could be that you wish to squeeze as much power as possible from the Nvidia VGA card and in that case you may attempt to install the official proprietary Nvidia Linux driver. Some Linux distributions offer the proprietary driver pre-packaged as part of its standard package repository making the entire Nvidia Linux Driver procedure extremely easy to follow.

As already mentioned the other alternative is to download and install the Nvidia Linux Driver directly from the Nvidia.com website. This procedure usually involves more hands on approach and it is rather intermediate Linux system administration job. 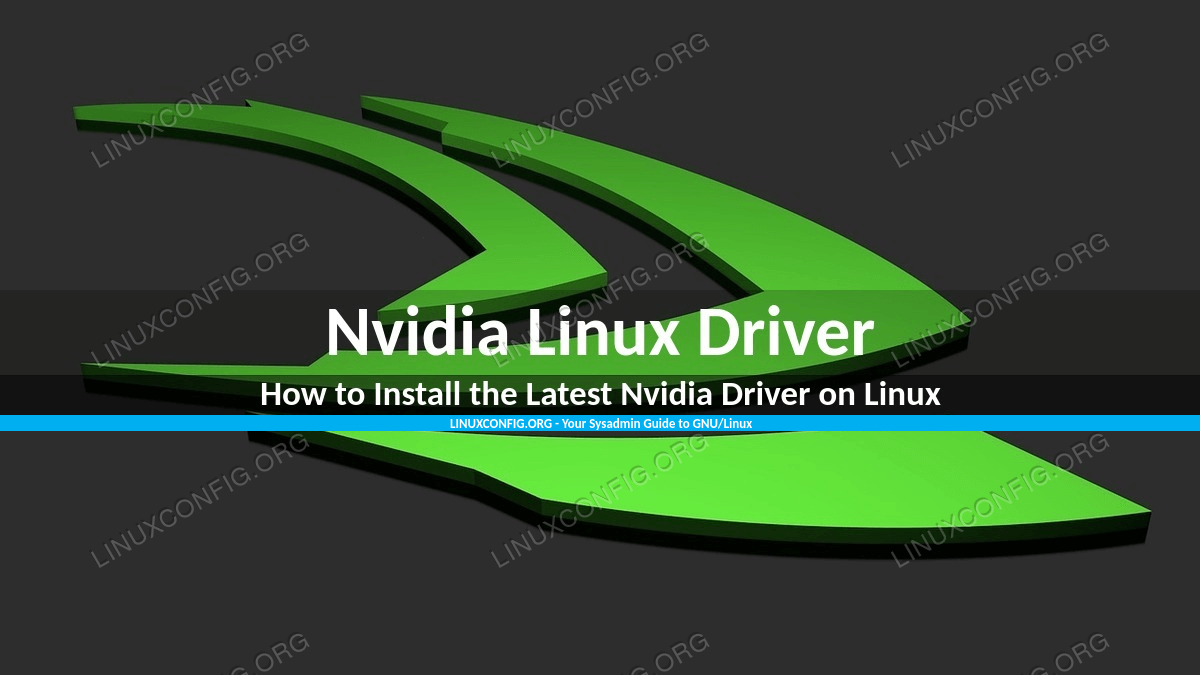 How to Install the Latest Nvidia Linux Driver step by step