This gives developers – as well as users who are just executing Python programs but not developing them – an easy way to download software packages written in Python. It’s available for installation on any major Linux distro and operates in much the same way as a distro’s package manager, which you’re probably already familiar with.

In this guide, we’ll show you how to install pip for Python 2 and Python 3 on various Linux distributions. We’ll also show you basic usage commands for pip, such as installing and removing software packages. 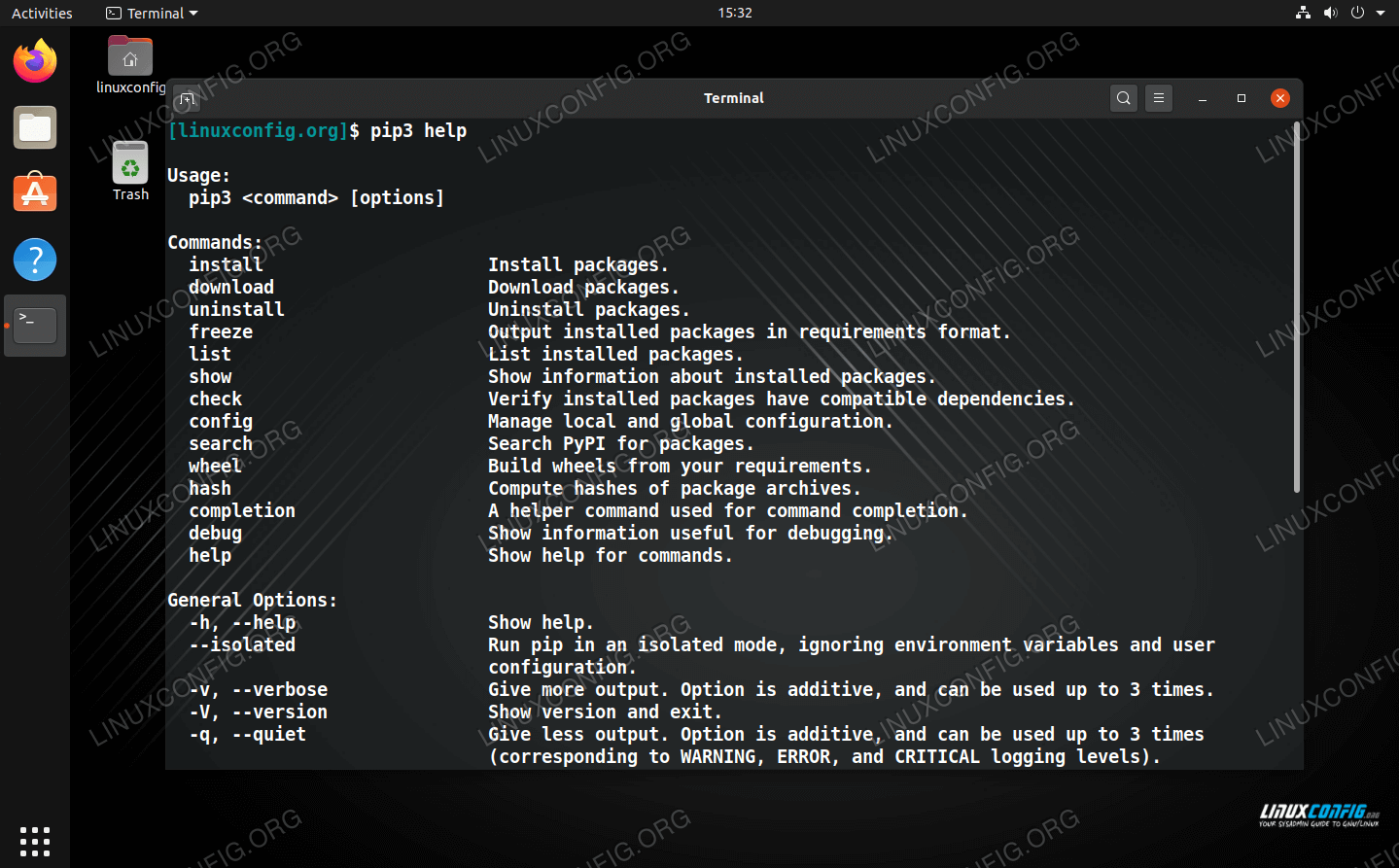 On many distributions, installing Python 3 (and later versions of Python 2) will usually install pip automatically. So if you already have Python installed, there’s a good chance you have pip as well. If not, it’s easy enough to install with these commands:

To install pip on Ubuntu, Debian, and Linux Mint:

To install pip on CentOS 8 (and newer), Fedora, and Red Hat:

To install pip on CentOS 6 and 7, and older versions of Red Hat:

To install pip on Arch Linux and Manjaro:

To install pip on OpenSUSE:

Once pip is installed, you can begin using it to install or remove Python packages from your system. Check the section below for some common pip commands.

The pip command on your system will either be pip3 or just pip. We’re going to use pip3 in these examples, but just be aware that you may need to change that command for your own system.

To see the version of pip and verify it’s installed on the system:

To see information about a particular installed package:

These are probably all the commands you’ll ever need, but you can check the help menu for a few more, or to get a quick refresher in case you forget one of the commands.

In this guide, we learned how to install pip, the package manager for Python, on all major Linux distributions. We also saw how to use pip to install and remove Python packages, as well as retrieving information about those on our system.