npm is the package manager for Node.js and the JavaScript coding language. It can be installed on a Linux system and then used on the command line to download and install JavaScript packages and their requisite dependencies.

It’s especially useful for developers working with Node.js, as npm’s online registry contains a plethora of JavaScript packages that can be browsed and downloaded with ease. It’s available for installation on any major Linux distro and operates in much the same way as a distro’s package manager, which you’re probably already familiar with.

In this guide, we’ll show you how to install npm on various Linux distributions. We’ll also show you basic usage commands for npm, such as installing and removing software packages. 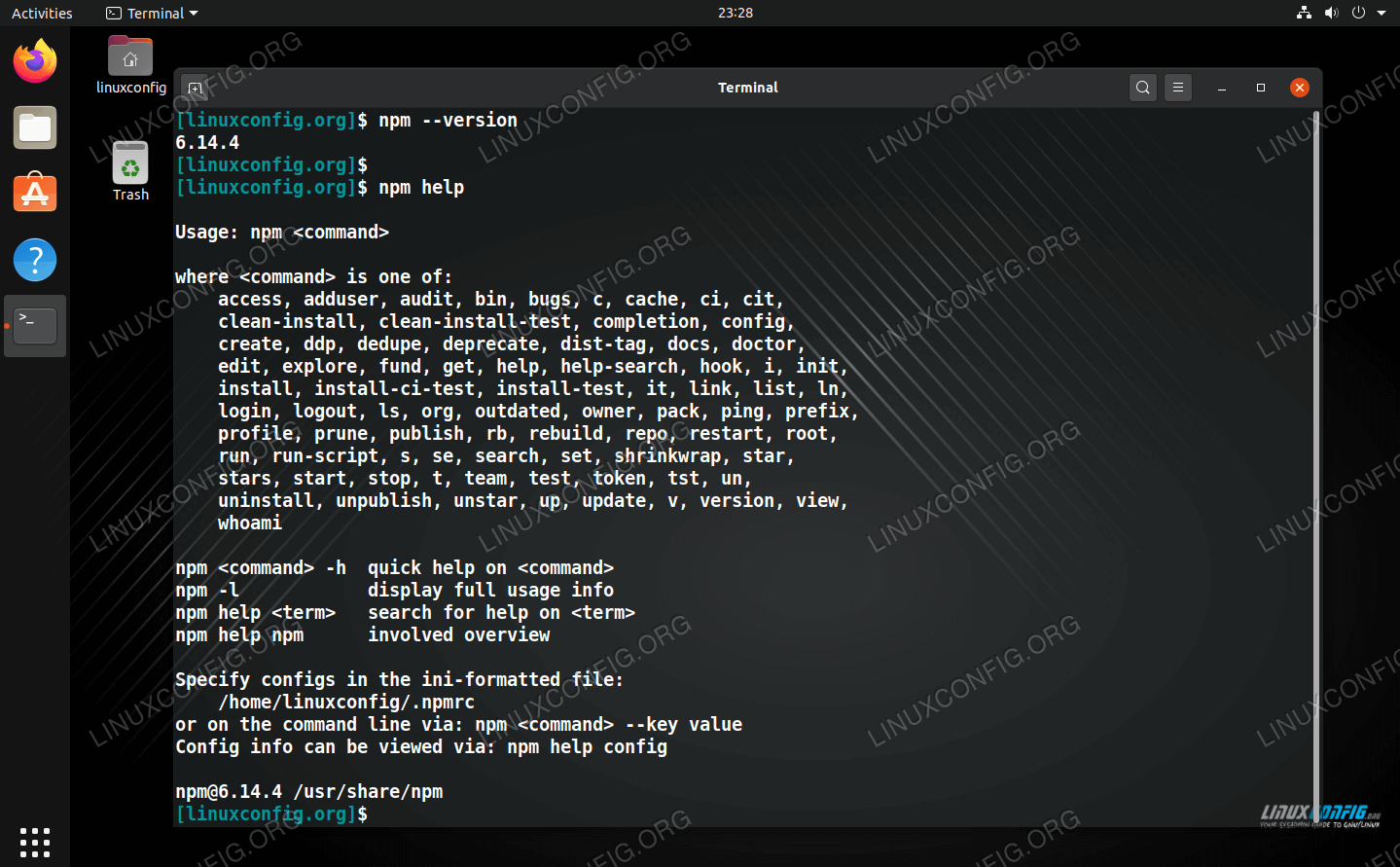 To install npm on Ubuntu, Debian, and Linux Mint:

To install npm on CentOS 8 (and newer), Fedora, and Red Hat:

To install npm on CentOS 6 and 7, and older versions of Red Hat:

To install npm on Arch Linux and Manjaro:

To install npm on OpenSUSE:

Once npm is installed, you can begin using it to install or remove JavaScript packages from your system. Check the section below for some common npm commands.

Here’s a list of the various npm commands you’ll likely need to know:

To see the version of npm and verify it’s installed on the system:

These are the all commands you’ll use when installing and removing packages, as well as searching for them by name. Check the npm help command output for further instructions, as there’s a lot more npm can do.

In this guide, we saw how to install npm, the package manager for JavaScript, on all major Linux distributions. We also learned a few of the most common commands to use with npm. As you can tell, npm is tied closely to Node.js and it’s recommended that they be installed together. Most distros even list them as dependencies of one another.