Minecraft is still a popular game these days. The simplicity of its graphics had an appeal on gamers of all ages and there are many hundreds of thousands of players worldwide, most of them playing on online servers. But did you know you can create your own Minecraft server using RedHat Enterprise Linux 8? Here is a how to teaching you exactly how to do it. 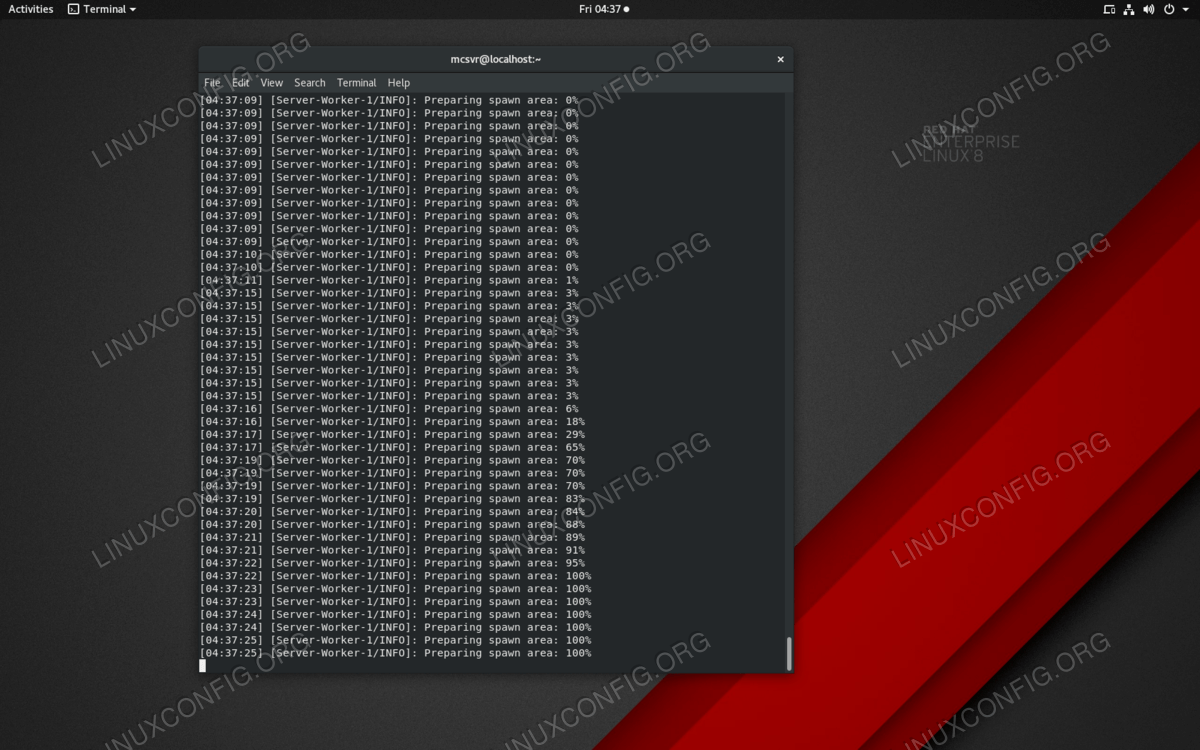 A Minecraft server running on RHEL 8.

The game runs on Java and the Minecraft server also requires Java to run. So we will install Java in RHEL 8 using the Terminal window:

It is safer to create a new user just for the Minecraft server. We will call this user mcsvr:

Now we need to create a password for this user:

When prompted, enter a password for the server user you have just created. If iptables is not yet installed we will install it with

Log in as the mcsvr user you created above by using

and change the active directory to the mcsvr user’s home folder:

and make this file executable with

The first time you run the server it will create an eula.txt file that needs to be modified. Edit this file so that the

This will let the Minecraft server know that you agree to the End-User License Agreement and you will thus be able to run the server again, this time successfully.

By default, the Minecraft server runs on port 25565. We need to open this port so that you and your friends will be able to connect to the server. Do this with the help of iptables. Become root:

To be able to keep this port open after a reboot we need to make these changes permanent:

Now that everything is done you can go back to the mcsvr user and launch the Minecraft server again:

The nogui parameter tells the server to run in command-line mode. The -Xmx1024M and -Xms1024M parameters tell the server to use 1GB of RAM – the minimum amount recommended by the developers of the game. All you have to do now is to launch the game with your friends and use 127.0.0.1 as a server address to connect to the running Minecraft server you have just created.