Install Lutris on Ubuntu 18.04 and use it to install games.

Lutris is probably the best thing to happen to Linux gaming since Steam. That’s no small assertion, but it’s true. Lutris is awesome. It makes installing and managing games on Linux a whole lot easier than ever before, and it works with Wine.

In fact, the Lutris developers are so dedicated to Wine support, they actually took over maintanership of Wine Staging. Lutris does Wine really well. Most popular games have a one click installer that allows you to install a game through Wine just as easily as you would a native game. Not only that, the installers use the most optimal settings avaialable, so there’s no need to fiddle with Winetricks or any of the usual Wine configuration utilities.

Lutris isn’t available through the default Ubuntu repositories just yet, but the developers do package it for Ubuntu and maintain a repository that makes having the latest version of Lutris a breeze.

So, the first thing that you need to do is get the Lutris repository installed on your system. As if right now, they don’t have a repository set up for 18.04, so you’re going to need to use the 17.10 one. It works fine, and the Bionic repo will probably be available soon.

Create a file at /etc/apt/sources.list.d/lutris.list. Open it in your preferred text editor, and add in the following line. Feel free to change the Ubuntu version to 18.04, if it’s available.

Save and exit. Then, download an import the key for the repository. 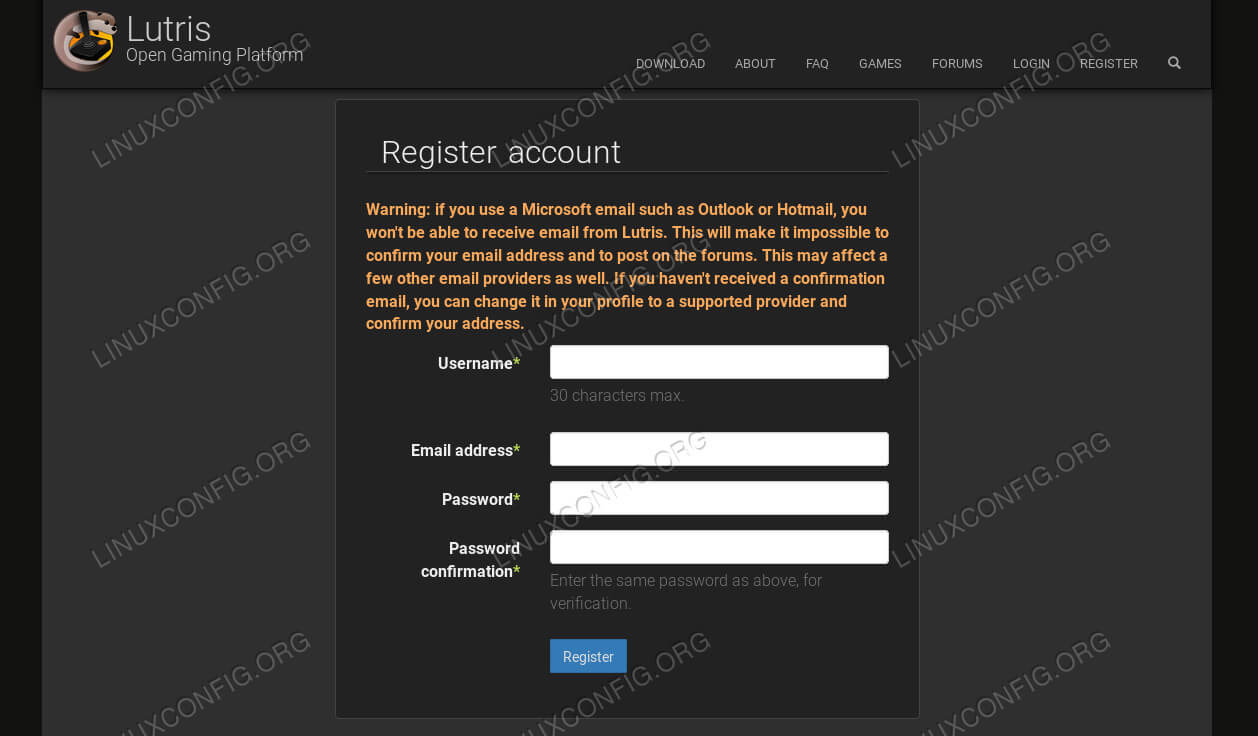 Lutris uses an account system to keep track of your game installers. It also lets you browse games on Lutris’s website, and install them directly onto Lutris. So, in order to use the Lutris client that you just installed, you need to set up a Lutris account.

Go go the Lutris registration page, and make your account. It’s nothing super invasive. You just need to give them a username, password, and email. 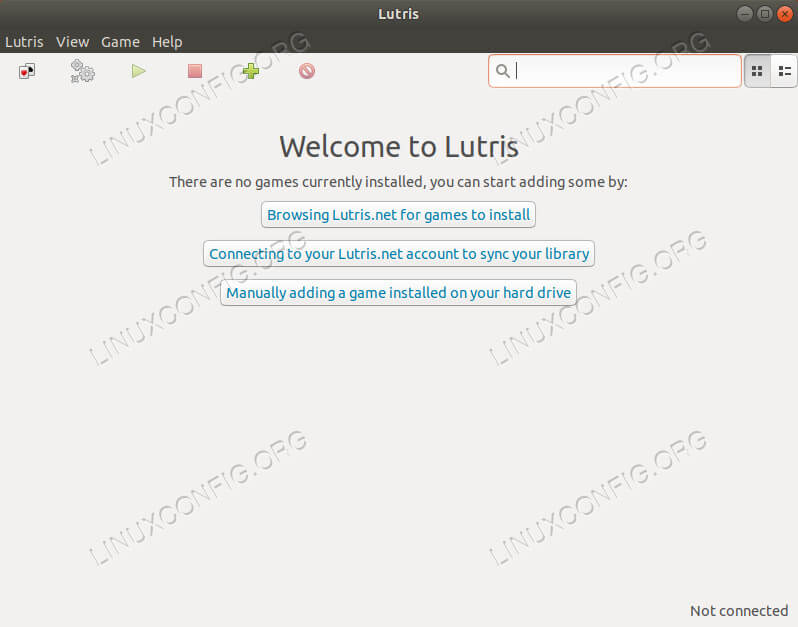 You’re ready to start using Lutris. Open the client. The first screen is pretty plain, since there aren’t any games there yet. Click the middle button to link your account. A dialog window will open up for you to enter your username and password. 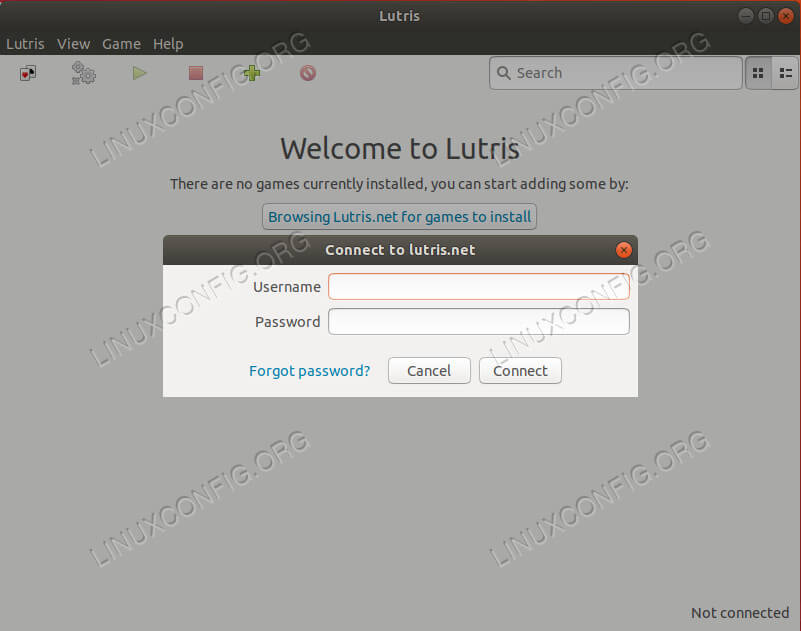 Once you’re signed in, you can add games. Click on the game icon in the upper left of the window. The default icon on Ubuntu is playing cards. Lutris will open its own website in your browser. That’s the library of games that it supports. To the right of the page, you can search for any game that you want. 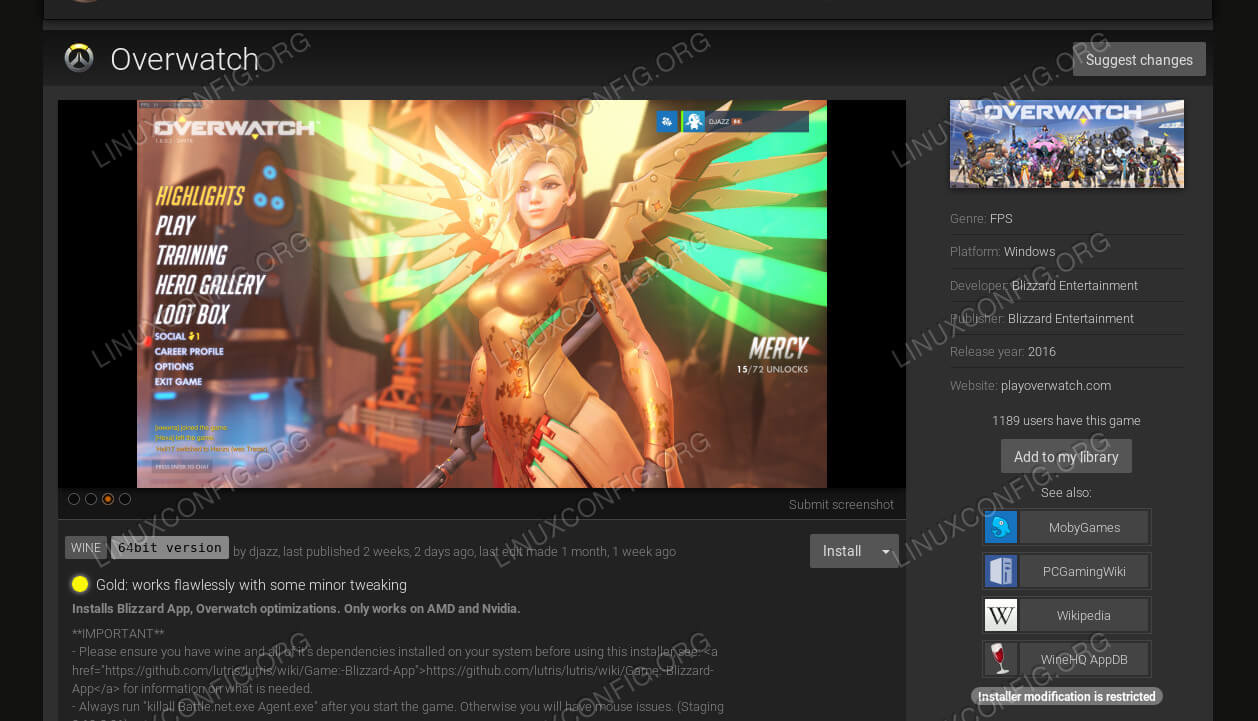 Install a game with Lutris

When you have a game that you want, click the “Install” button at the lower right corner of the game’s picture. Your browser will ask you if you want to open the file with Lutris. Agree. 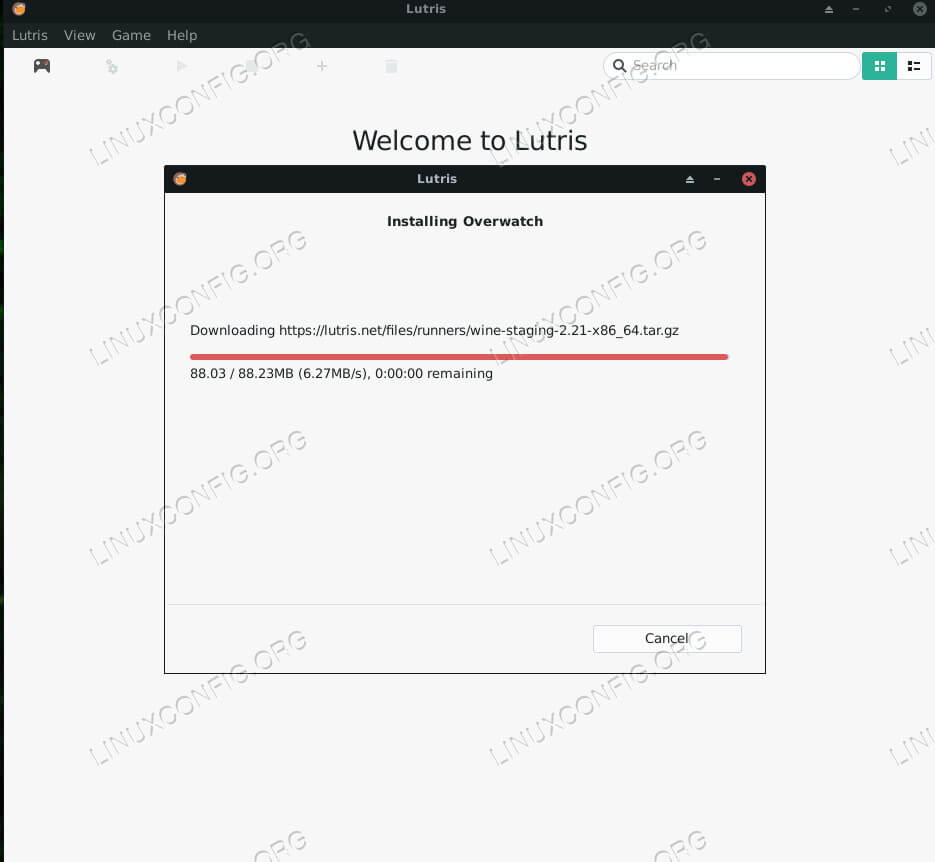 Lutris will take over from there. It will present you with a series of installation menues and options. They’re all fairly self-explanatory, and they fit the game that you’ve chosen. Eventually, you’ll reach a point where Lutris open the game’s actual installer. Run through the installation process like normal. 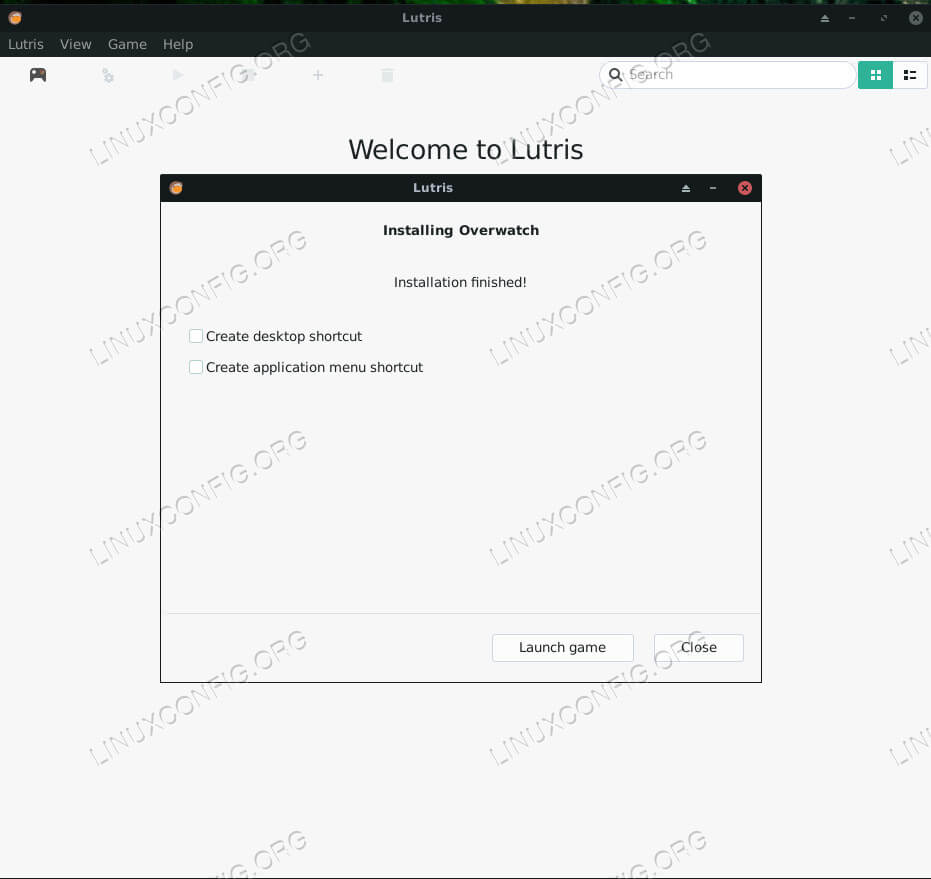 When everthing is complete, Lutris will present you with a success message. It might take a restart of Lutris itself for you’re new game to appear in its library, but it will be there. You can click on that game picture any time to launch your game.

You can also launch the game without Lutris, if you told Lutris to create a launcher during the install process. 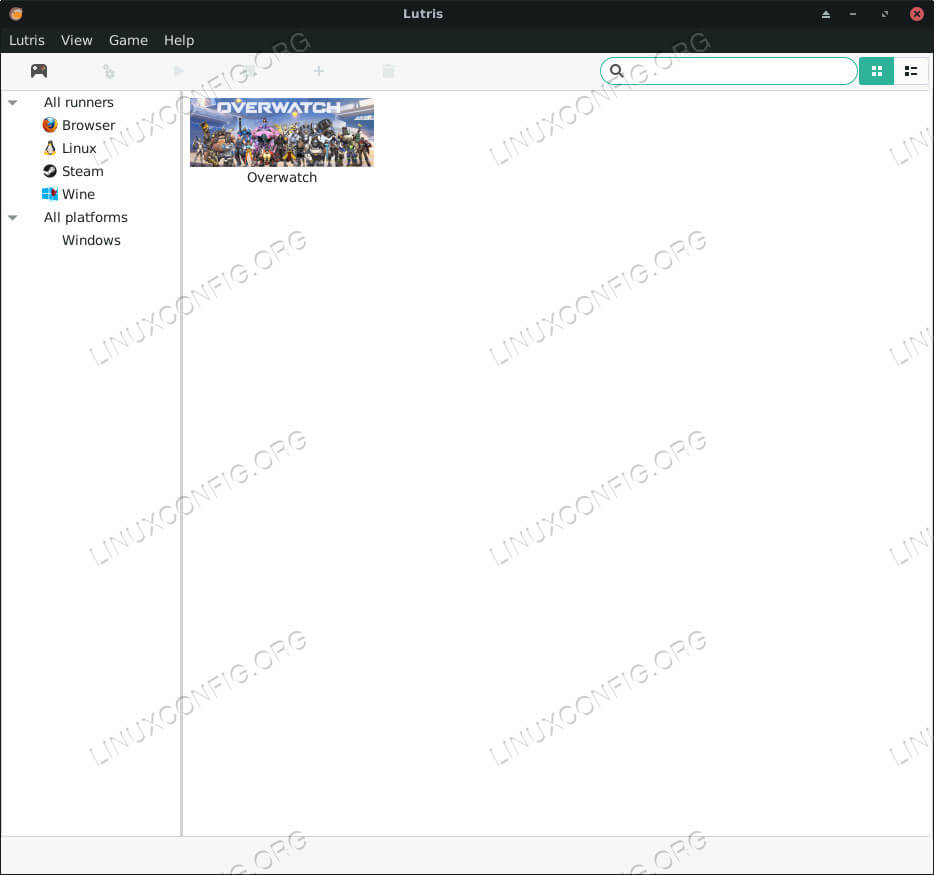 That’s all there is to it. Lutris is an excellent way to manage your games on Linux. Not only can it help you install your games, but it compartmentalizes those installs to make management so much easier. Lutris also gets frequent updates to its “runners” like Wine, so you won’t have to worry as much about keeping your gaming software updated on your system. Lutris will handle things for you.