Two of the most popular and highest quality media programs available for Linux are not available through Fedora’s default repositories. Of course, these are no other than Kodi and VLC, and they are available on Fedora through RPM Fusion.

Kodi, which was previously known as XBMC, has boomed in popularity as of late with both Linux and mainstream audiences.

VLC has been a long time favorite for anyone looking for a media player capable of playing content with just about any encoding or file extension.

As with many multimedia things in Fedora, this is an instance of “RPM Fusion to the rescue.” Utilizing the reliable and trusted RPM Fusion repository grants access to both Kodi and VLC as well as valuable multimedia codecs and libraries required to play many people’s favorite content.

The best way to get the repositories is to use the series of commands provided by RPM Fusion.

Answer “Yes” when prompted, and the RPM Fusion repositories will be added to your Fedora installation.

If you want to update your system before installing any new packages, use dnf to add any updates that may be included with RPM Fusion.

Before you jump in and install these media players, you may want to install some multimedia codecs and libraries to get more robust support. Fedora doesn’t ship many of these because some are non-free or have licensing or legal issues associated with them. Most of them are available anyway through the RPM Fusion repository that you just set up, so go ahead and pull in some of the more commonly used ones. If there are other specific ones that you need, feel free to get those too.

MP3 and Other Audio

Fedora doesn’t ship with MP3 support natively. Using open source formats like OGG or FLAC is obviously better, but if you have music stuck in a proprietary format, the following packages can help.

Another popular multimedia tool is FFMPEG. That one is available as well.

Blu Ray support in Linux still isn’t great, but there are some open source libraries that make playing some disks possible.

Unfortunately, playing DVDs is still a problem in Linux. Well, it’s a problem if you don’t know what to install. The library needed is called libdvdcss, and it’s fairly controversial. Because it can be used to duplicate DVDs, distribution of it in its compiled form is illegal in some countries. This is why it isn’t available through RPM Fusion. There is, however, another Fedora repository associated with RPM Fusion responsible for just hosting it. 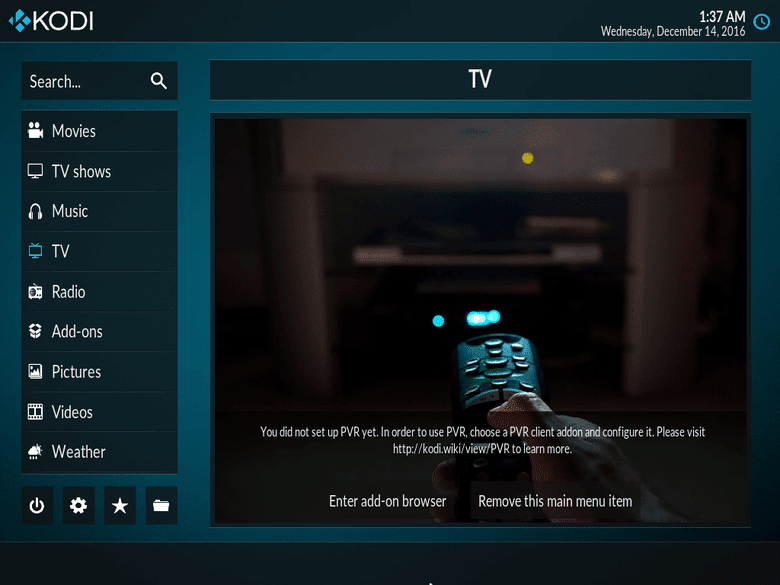 Kodi will, of course, pull in any additional necessary dependencies and install. After that, you can open up Kodi like any other graphical program. Kodi can also be set as a desktop environment, so a media PC can boot directly into it.

VLC is just as easy to install. It is packaged up and ready to go. 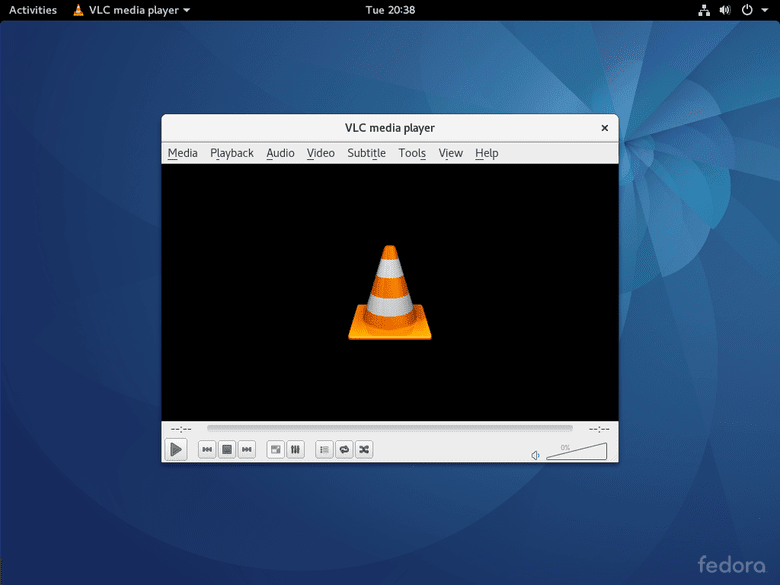 Once again, you can simply run it like any other graphical program, after the install completes.

Though this guide may be simple, it’s very easy to overlook packages required to get proper multimedia playback on Linux. Fedora is one of the tougher cases because of its free software policies. By utilizing applications like Kodi and VLC along with the codecs and libraries available through third party repositories, Fedora can be come a respectable media center.