The objective is to install DEB file on Ubuntu 18.04 Bionic Beaver Linux. Files with deb extentions are simply Debian packages.

Since Ubuntu is also in its core using Debian Package management to install or uninstall software it is a relatively easy task to install DEB file on Ubuntu.

Installation of DEB packages from an external source is generally not recommended! Doing so may have a negative impact on the stability and security of you Ubuntu system.

Ubuntu comes with myriad of software packages as part of its repository. From this reason first ensure that the package you wish to install is not already available from within Ubuntu repository.

To search Ubuntu package repository for a package use:

To install package using apt command, first take a note of the package name produced by the previous search command and then execute:

The first and perhaps the most common way to install DEB file on Ubuntu is by use of dpkg command. The following linux command will install DEB file called example.deb on you Ubuntu system:

In case that the package requires dependencies the dpkg will produce the following error:

This is normal and it is nothing to worry about. Given that all required package dependencies are available via Ubuntu repository. To fix this issue run:

Better approach on how to install DEB file on Ubuntu is by using gdebi command. The advantage using gdebi in comparison to the above dpkg command is that gdebi will automatically download and install all required prerequisite packages.

If the gdebi command is not available on your system you can install it by executing:

Once you have the gdebi command available, run the following linux command to install example.deb DEB file. When prompted answer y to continue with the installation:

In case you have a graphical user interface (GUI) at your disposal you can also install DEB file on Ubuntu with only few mouse clicks. The following example will illustrate how to install skype on Ubuntu from DEB file: 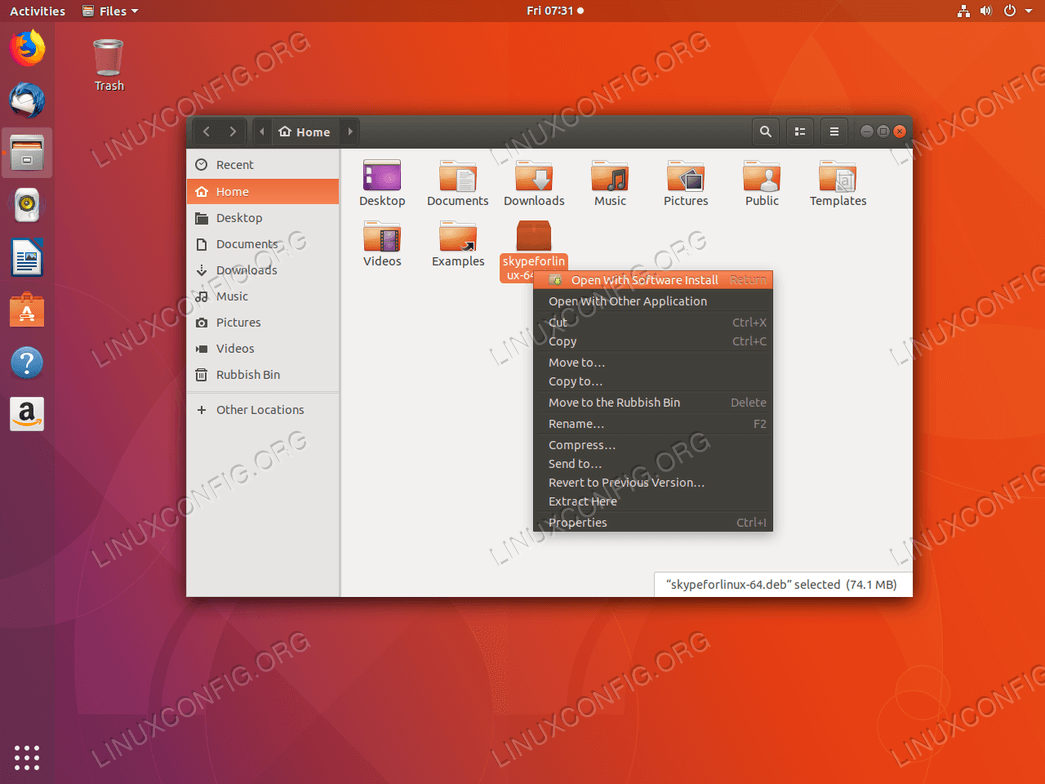 Right click on the DEB file you wish to install and select Open With Software Install. 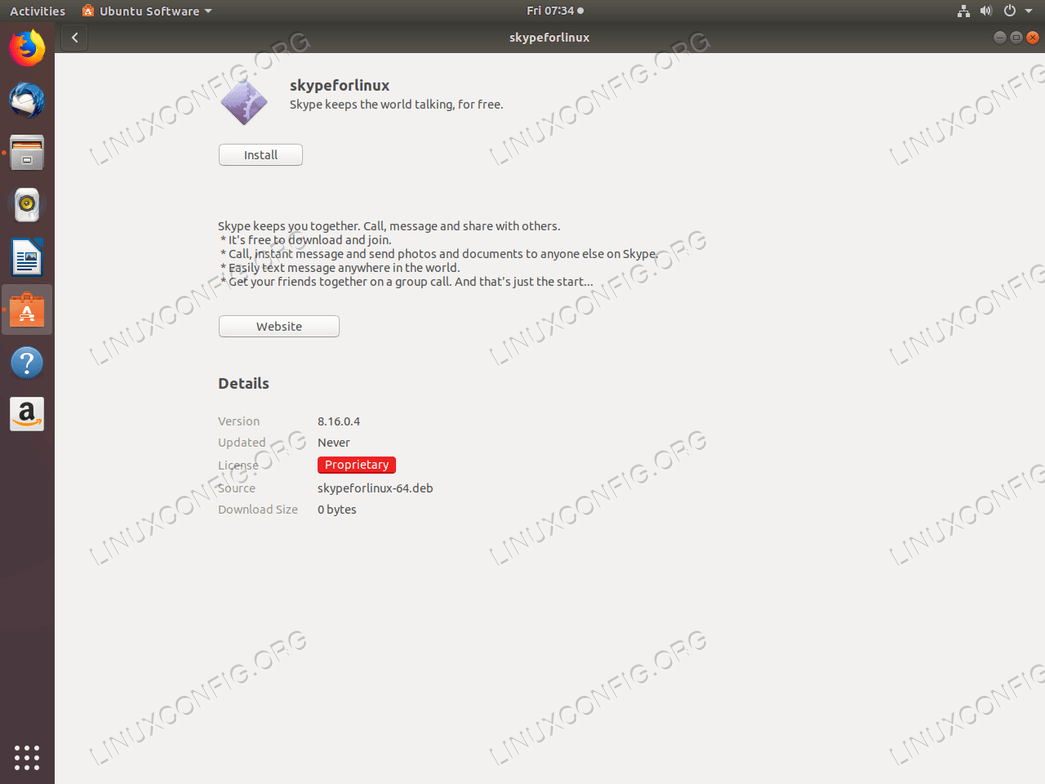 To continue with the DEB file installation hit Install button. 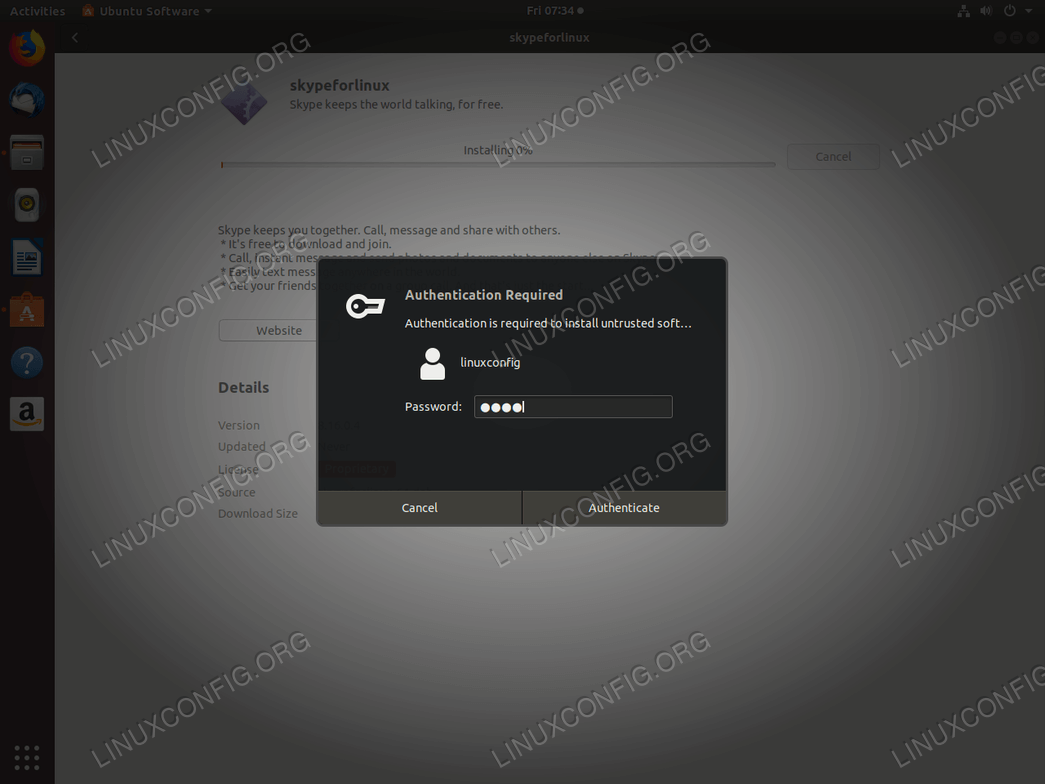 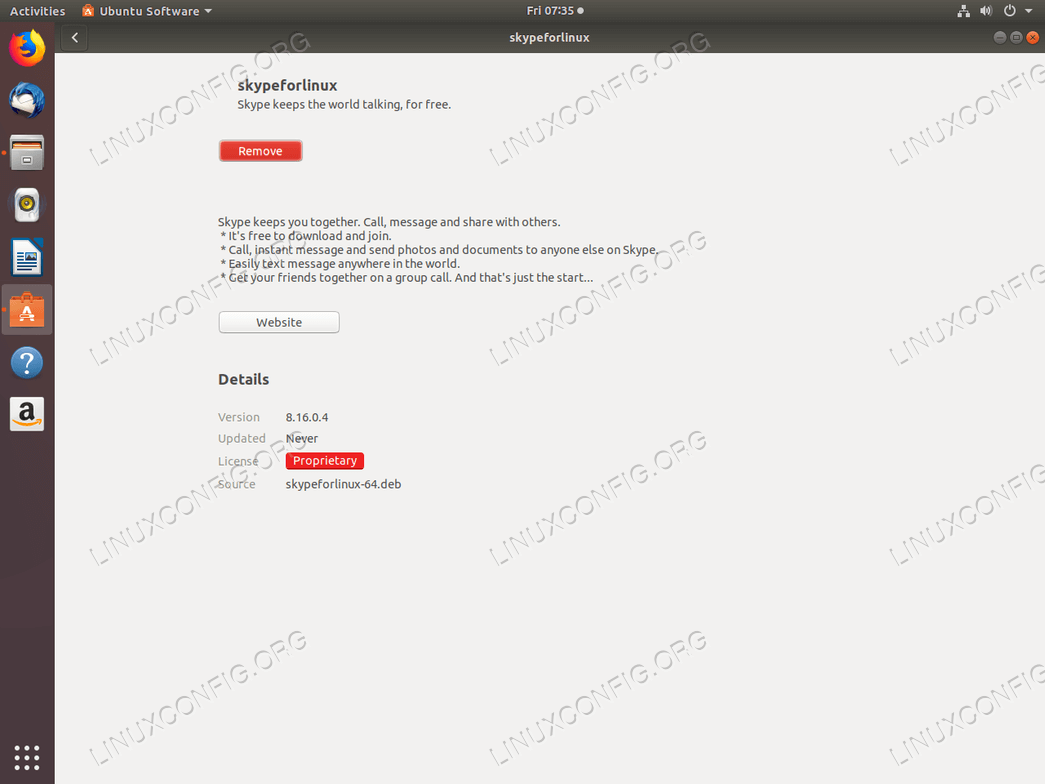 DEB file is now installed on your Ubuntu system.