A working install of Ubuntu 18.04 with root privileges.

If you’re serious about developing for Andorid, or you just want to play around and see what app development is all about, Android Studio is the best option out there. It’s the official IDE developed by Google for writing Android apps.

Google developed Android Studio for Ubuntu. Up until recently, Google did all of their development on Ubuntu. They just switched over to Debian, in case you were wondering. Either way, it’s similar, so coding for Android on Ubuntu is a good idea.

Installing Android Studio on Ubuntu isn’t difficult. It’s not in the official repositories, but it’s still very easy to get set up.

Everything on Android is done in Java. In order to use Android Studio, you’re going to need to have a recent version of Java installed on your Ubuntu 18.04 system. Thankfully, those packages are available in the official Ubuntu repositories, so you can install them with Apt.

Install From A Snap

Snaps are a great thing. They provide a channel for third party software like Android Studio to be be distributed to every Linux distribution without the need to package and re-package. Android Studio is available as a Snap, and Ubuntu comes with the Snap package manager installed by default, so you only need to install it. 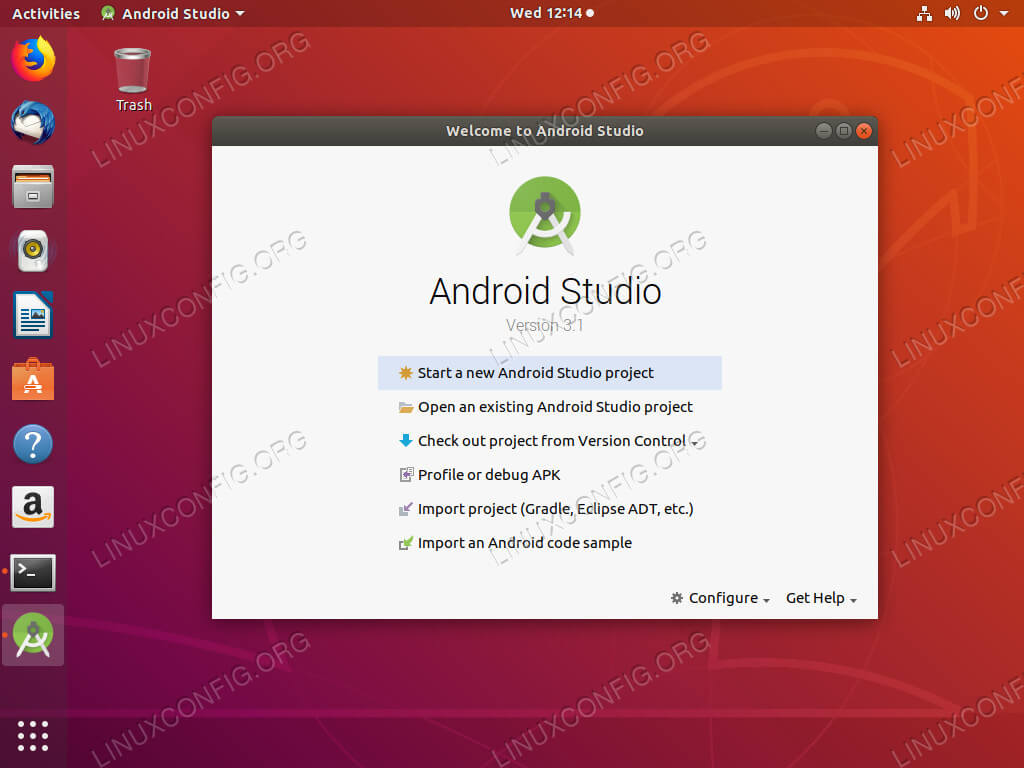 That’s it! Android Studio is installed.

Even though it’s not packaged by the Ubuntu developers, Android Studio is insanely easy to install and set up. Because it’s a Snap, you can easily update and manage it too, which is much better than the default method from Google, which requires you to download the program in a zipped file.