Vulkan is the future of graphics on Linux. It’s the next generation replacement for OpenGL, and the performance improvements are immediately apparent. Vulkan was written from the ground up to be more usable for developers, which has spawned a host of great projects that take advantage of Vulkan’s potential.

For most people, Vulkan on Linux means better gaming experiences, and it’s already delivering on that. Games like DoTA 2 have been utilizing Vulkan for some time now, and new projects, like DXVK, are helping Linux users play their favorite games from Windows like never before.

Setting up Vulkan on Linux is fairly easy on every distribution, regardless of your graphics card.

The objective of this guide is to install and test Vulkan on Linux.

DID YOU KNOW?
Optionally, you may also need to install the libvulkan-dev development library, which is required whenever you want to compile a program which relies and builds on Vulkan.

Obviously, the first step in taking advantage of all Vulkan has to offer is installing it.

If you don’t mind doing something a bit crazy and experimental, you can follow the Ubuntu procedure to get the latest versions of Mesa. Otherwise, just run the linux command below.

Download and install the latest drivers from NVIDIA. They include Vulkan support.

It’s best to enable a PPA for the latest Mesa drivers. There is a PPA that packages and releases the latest changes straight from Mesa’s Git. Add the PPA to your system and update. Then, upgrade your system. It will automatically upgrade your existing Mesa packages.

Ubuntu also has a great repository for the NVIDIA proprietary drivers. Add it to your system, and update Apt.

Now, install your drivers and Vulkan.

You should already have the latest AMD drivers installed on your computer. Install the Vulkan packages.

The proprietary NVIDIA drivers are available from the RPMFusion repository. Add it to your system, if you haven’t already.

Then, install the drivers with Vulkan.

You should already have the latest available AMD drivers on your system. Install the Vulkan packages with zypper.

Head over to the the OpenSUSE documentation, and follow the procedure for your version of OpenSUSE.

When you have your drivers, install the Vulkan packages.

Install the NVIDIA drivers. They include Vulkan support. 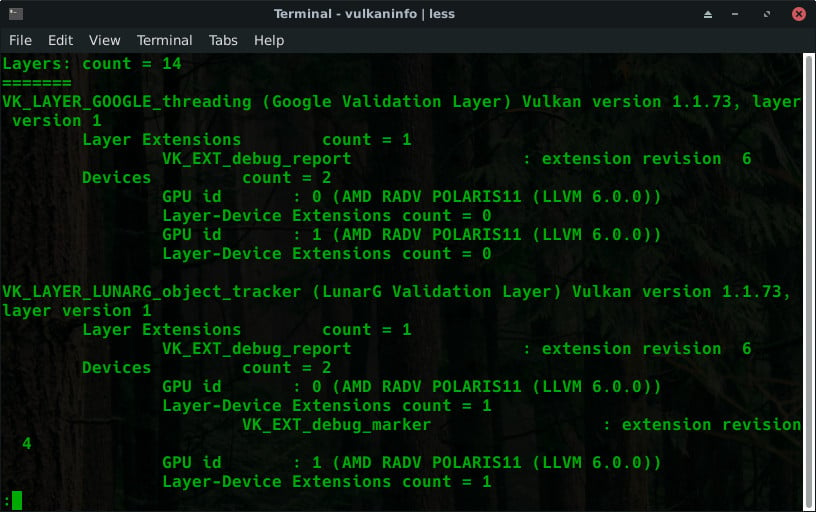 The first ting that you can do to ensure that you have Vulkan installed and working on your system is run the vulkaninfo command to pull up relevant information about your system. If you get info about your graphics card, you’ll know that Vulkan is working.

There’s another more practical way to see how Vulkan performs on your system. You can install and play DoTA 2. It’s one of the first Linux games to support Vulkan completely, and it’s free to play. The only thing you need is a Steam account.

First, install Steam on your system. It’s available on all the distributions above. When you have Steam, you can install DoTA 2 easily enough. 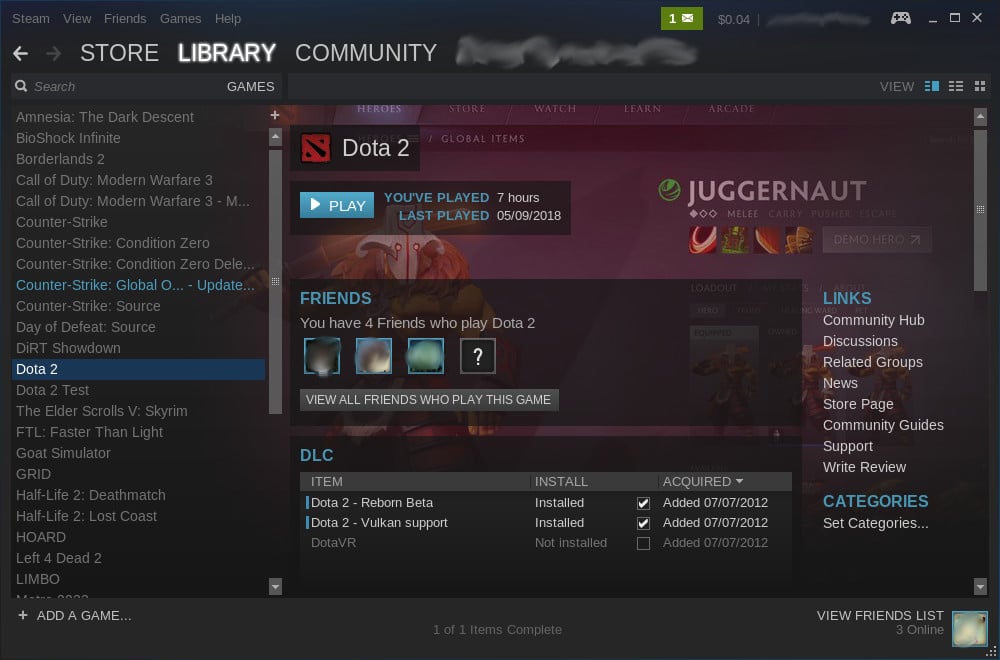 When you have DoTA 2, you can see a series of checkboxes on the main game page. Check the one for Vulkan support. Steam will start downloading it. 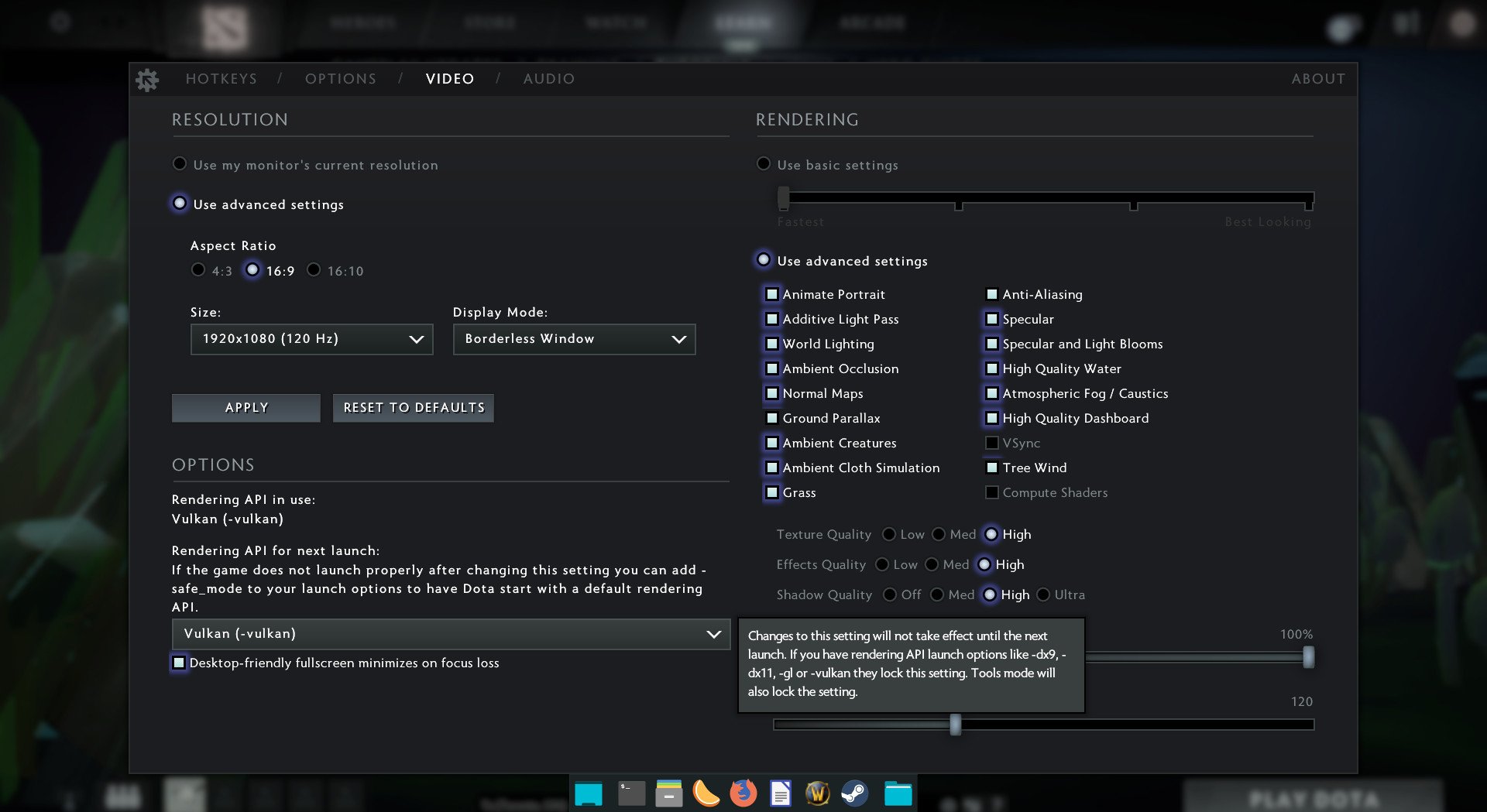 Start up DoTA 2, and open up the settings. Change the graphics API to Vulkan, and restart the game. When DoTA 2 starts back up, it’ll be running with Vulkan. Play the game a bit to test it out.

You are now running Vulkan on your Linux desktop. If you followed along through DoTA 2, you already have a working game making use of it. All the other Vulkan based tools and programs are also open to you now too, including using it with Wine and DXVK. That opens up plenty of new games to play on your system.

Vulkan support is only getting better. More games are making use of it, and other Linux utilities are stepping up too. Wine is actually even developing support for DirextX 12 with Vulkan too. Keep your system updated and enjoy the progress.