KVM is the Linux kernel’s own answer to virtualization. As a result, it’s the lightest, most stable, and most universal virtualization option for Linux systems. While, KVM isn’t as simple to set up as packaged solutions like VirtualBox, it’s ultimately more efficient and flexible.

When you pair KVM with a graphical manager like virt-manager, it’s extremely simple to use, and it integrates well with your Linux desktop. It’s also simple to get VM guests on your regular network through bridged networking. This provides a more seamless experience overall.

Even though the capabilities for KVM are built into the kernel itself, there are a couple of packages that you’ll need to get started. They’re all standard packages in the default Ubuntu repositories, so install them first.

Before you can dive in and start making virtual machines, you’re going to need to set up a network bridge. Bridged networking is what allows your VMs to access your network and be assigned their own IP addresses.

Once you have your network interface, you need to edit a configuration file to tell Ubuntu that your connection is going to be bridged. This process won’t negatively impact your connection at all. It’ll just allow that connection to be shared with the VMs. 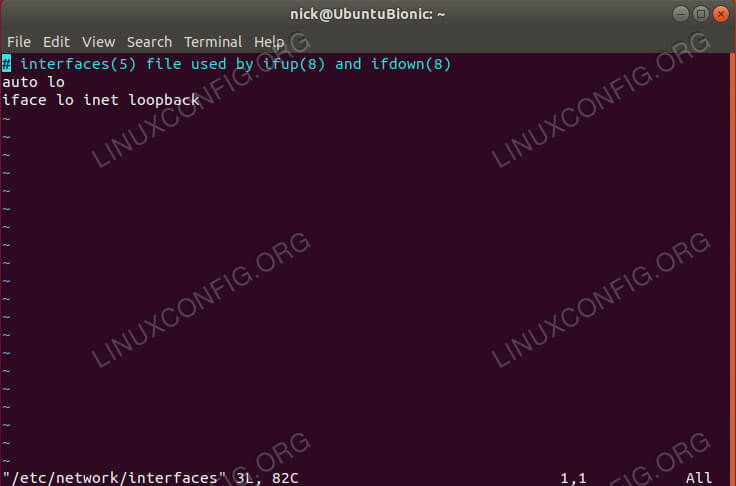 Using your favorite text editor, open /etc/network/interfaces. The default file is pretty plain. It really only concerns the loopback interface. You’re obviously going to change that.

In order to bring your new bridge interface up by default, add br0 at the end of the autoauto lo br0

Below the loopback information, add the following line for your current interface. 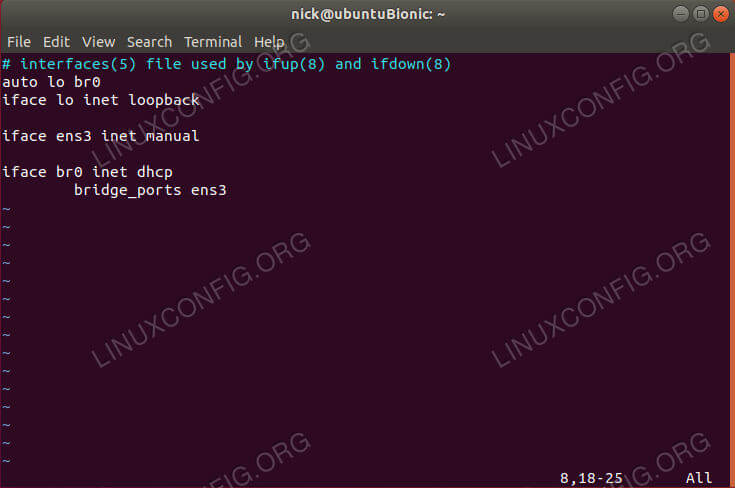 That’s it for your bridge. Save and exit.

Add Your User To The Groups

Next, you’re going to need to add your user to the appropriate groups so you don’t need root privileges to manage your virtual machines. There are two groups that you need.

When you’re done there, restart your system. That’s the best way to ensure that both the networking and user changes take effect. 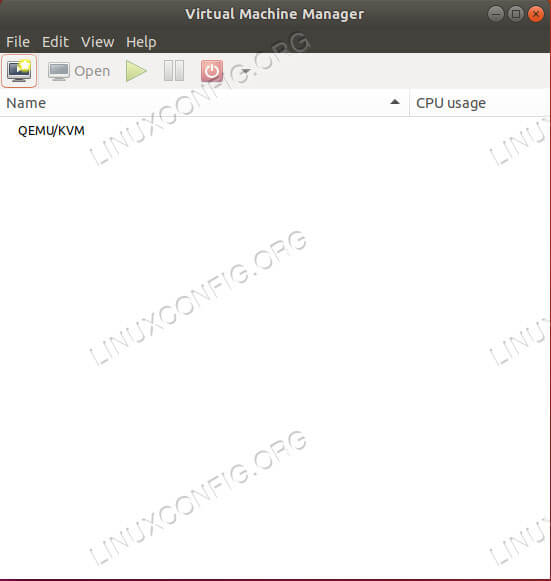 When Ubuntu comes back up, look for virt-manager in your application launcher. Click on it to open it up. The window that opens up is fairly plain, but it has everything that you need to manage your VMs. To start making a new one, click on the icon that looks like a shining screen. It’s the first one in the icon row. 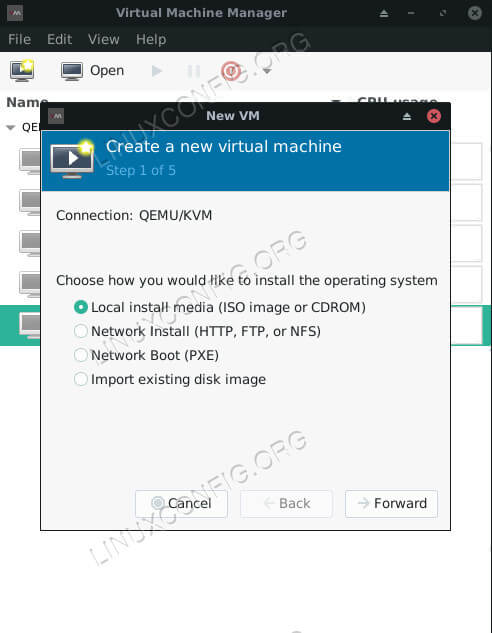 A new window will pop open to walk you through the process. The first thing that it will ask you to do is select a source. In most cases, you’re going to use a regular install ISO to make your VMs, so leave the first option selected and keep going. 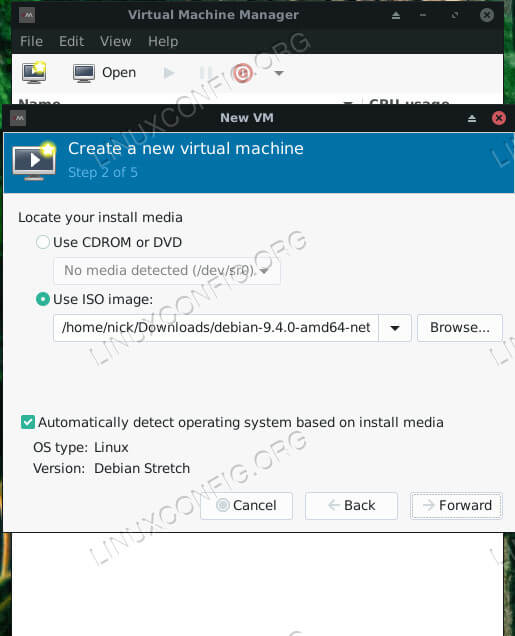 The next screen asks you to select your image. Browse to the location of your image. If the folder with your image isn’t available, use the + icon at the bottom of the left side to add it. 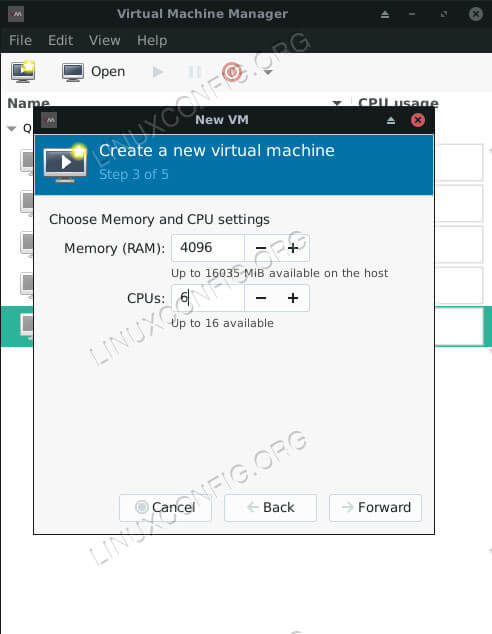 On the following screen, you can allocate memory and cpu cores to the VM. Don’t give it all of your system’s resources. That obviously won’t go well. 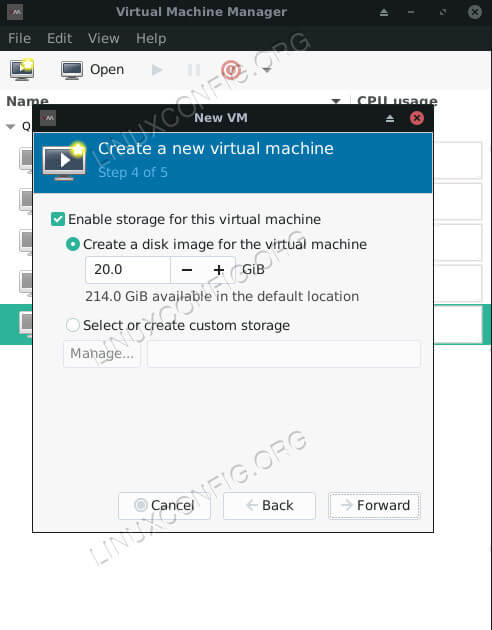 The next screen lets you determine the hard drive size of your VM. It’s just a VM, so it doesn’t need a huge hard drive. Just make sure to give it enough to install and run what you need. 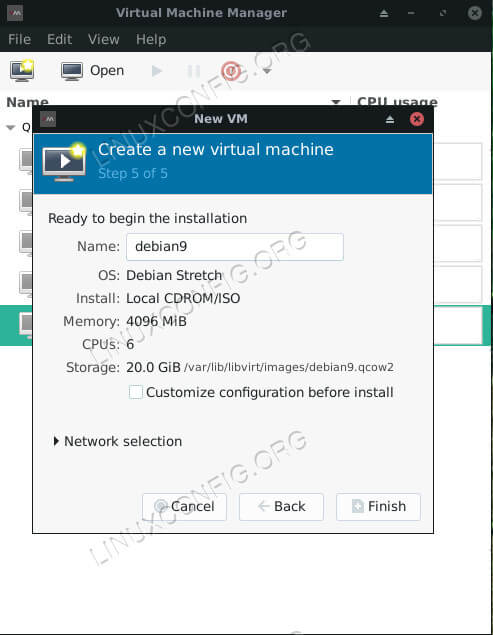 Finally, you can see an overview of your VM before you finalize it. On this screen, you can also name it.

Once you finalize your VM, a new window will open and boot up the VM. In that window, you will see the installer for the image that you selected. Everything from here is exactly the same as installing on a regular computer.

KVM provides a great amount of flexibility and power to your computer. It lets you easily run and manage multiple VMs from a convenient interface when paired with virt-manager. With KVM set up, you’ll have access to just about any operating system in a virtualized form, directly from your Ubuntu desktop.