The first step in getting Overwatch working on Ubuntu is installing Lutris. We already have another guide dedicated to just that. Head over there, and follow the process to get it installed. When you’re done, jump back over here, and get ready to install Overwatch. 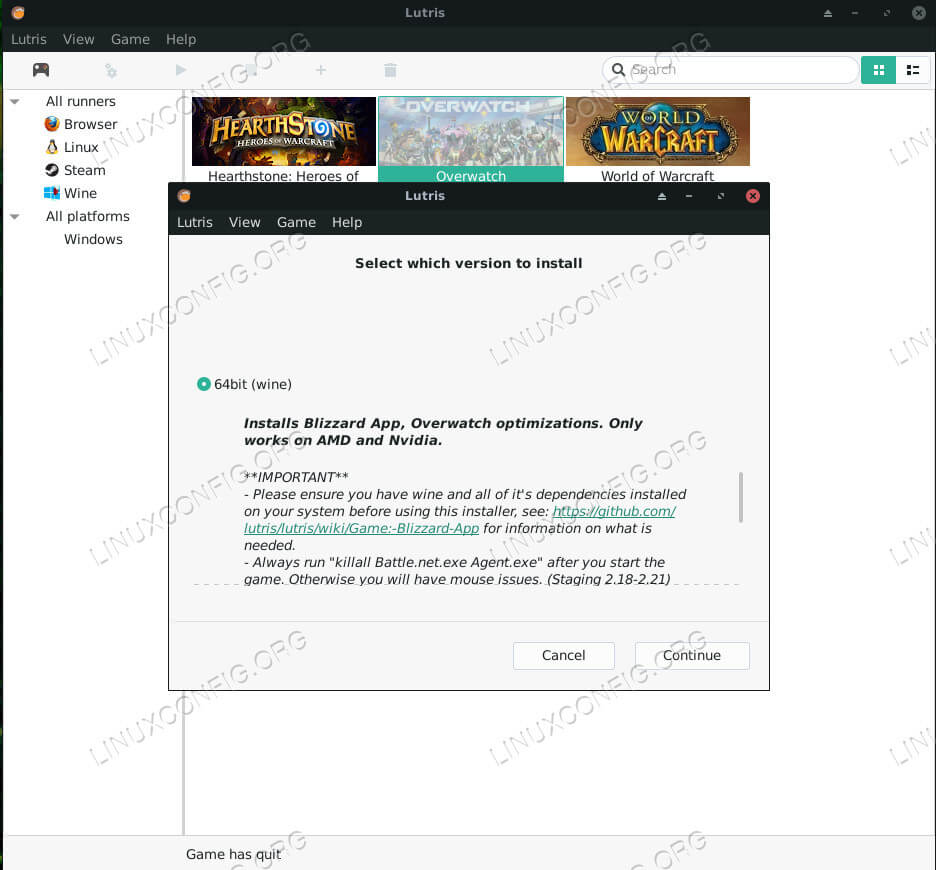 Your browser will prompt you to use Lutris to open the file. When Lutris opens, it’ll show you a warning asking you to confirm that you want to install Overwatch. Accept. Lutris will kick into gear setting up your Wine configuration. After it finishes, the Battle.net installer will pop up. Follow the instructions to install it as normal. When it’s done, though, don’t sign in. Close the window. Lutris will finish up some last minute configuration. Open Overwatch by clicking on the banner image in Lutris. The Battle.net Launcher will open up, but Overwatch won’t be installed. You need to do that part yourself. Click on the button in Battle.net to install Overwatch.

After you have a complete Overwatch install, launch it. The game should open right up for you to play. Overwatch’s performance under Wine is actually quite good. It will stutter from time to time as it builds up a texture cache. The inconvenience is only temporary, though. It’ll smooth out eventually.

You now have Overwatch installed and playable on your Ubuntu PC. Keep an eye out for updates from Blizzard, Wine, and Lutris. There will be future upgrades from Wine that’ll help improve the performance even more.