UFW is very simple to use and configure. It’s available right in the Debian repositories, and it integrates well into a Debian system. The simplified controls and ability to easily start and stop your firewall make in an excellent option for desktops and small servers. 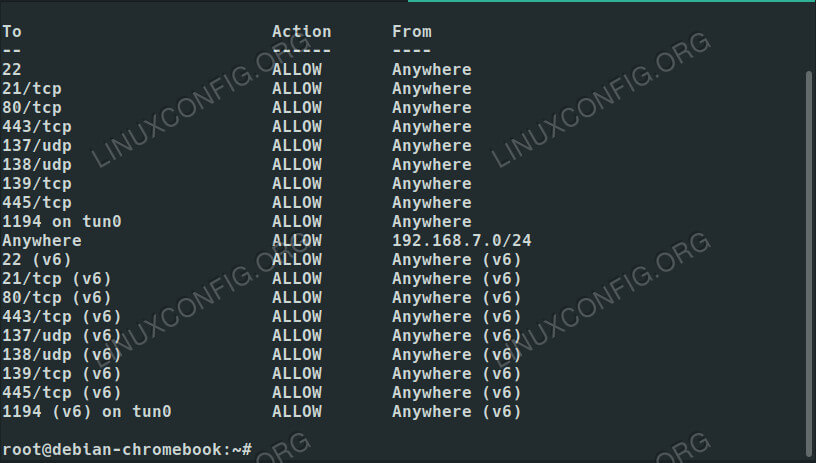 How to Install UFW

UFW is available right in the Debian repositories. Go ahead an install it. Unlike other Debian services, UFW won’t start immediately, so you won’t need to worry about getting locked out.

How to Set the Defaults on UFW 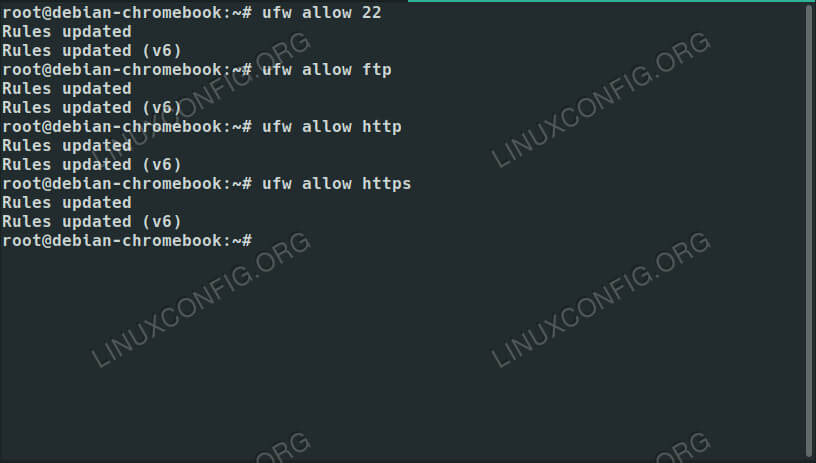 The first step in setting up any firewall is setting your default behaviors. It’s generally a good idea to drop incoming requests by default and allow outgoing traffic. If you’d prefer to block everything, you can, but be cautious of that when getting set up.

How to Allow Ports

Now, you can start allowing certain incoming traffic. The most obvious and simplest way to do that is using ports. Start by allowing the most important port to enable access, port 22 for SSH.

You can allow other common ports too. For example, on a web server, you’d want to allow HTTP and HTTPS traffic.

If you have something non-standard, you can always punch that in too. In fact, you can allow arrange of ports with a colon(:).

UFW also has the option of using the name of common ports instead of a number. For example, if you wanted to allow FTP:

As you may have guessed, any of these will work in reverse by using deny in place of allow.

How to Allow Interfaces 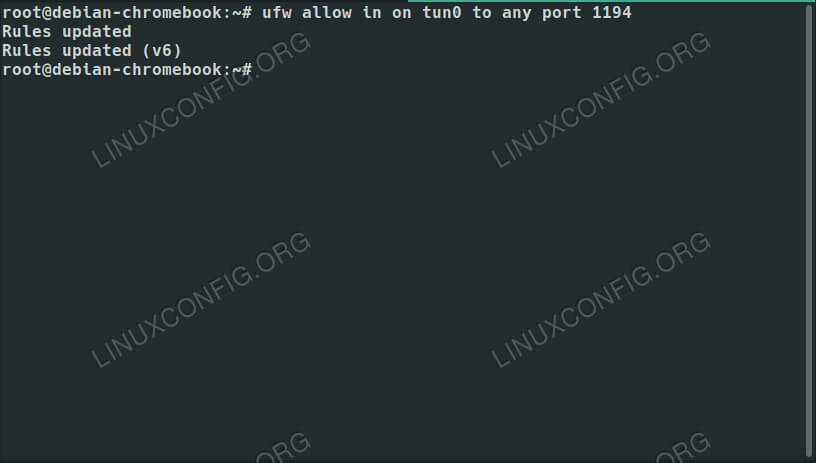 If you want to allow traffic only on a certain interface but not another, you can specify that too.

Again, you can reverse it to deny traffic on a certain interface.

How to Allow Protocol 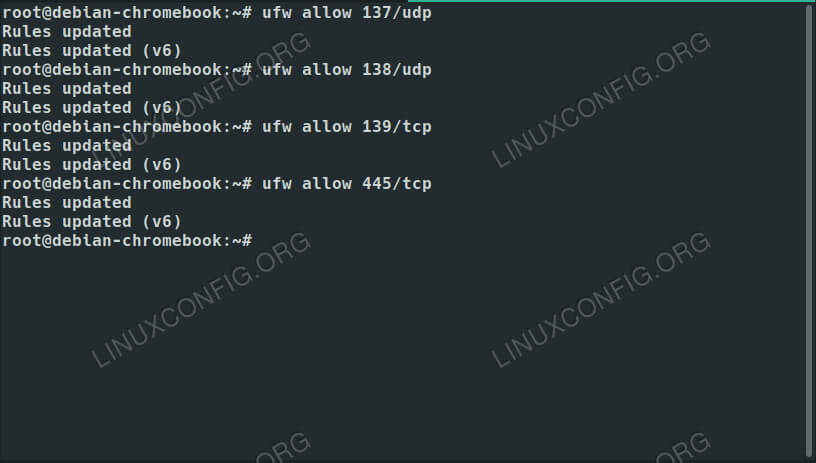 If you’d only like to allow a certain protocol(TCP or UDP) over a port, you can do that as well. This is great for services like Samba which operate with specific protocols.

How to Allow IP Addresses 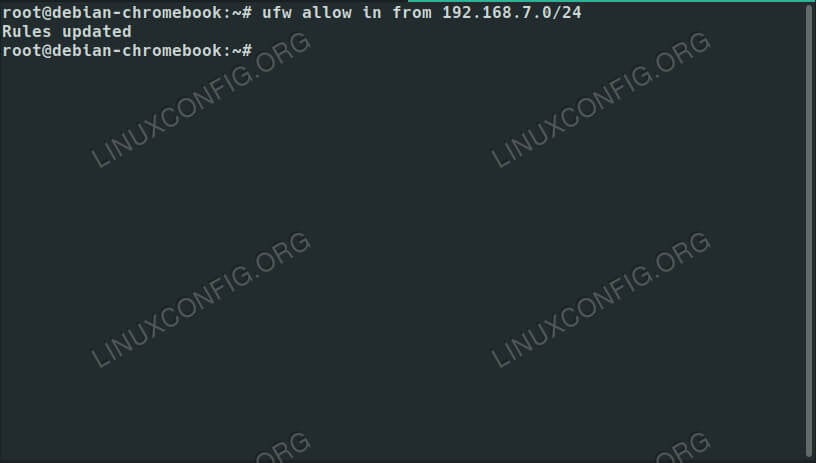 The same thing works with ranges of IP addresses too.

How to Enable UFW 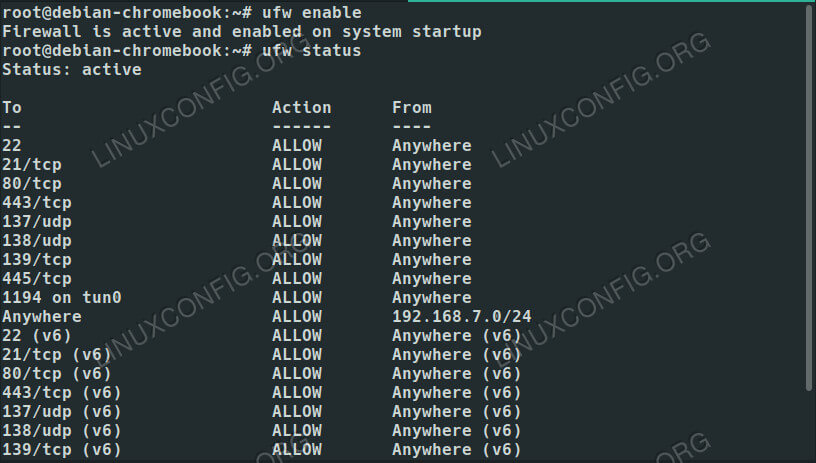 Once you have your desired ports allowed, you can start up UFW and enable it at boot.

To check the status of your firewall and the rules in use run:

If, for some reason, you’d like to disable UFW, you can do that just as easily.

You’re now ready to get started with UFW. Remember that these are just the building blocks, so you can put together anything you like. UFW is simple, but it’s definitely possible to combine these commands together into something altogether more complex.