The time command is a very simple, but useful command line utility in Linux. Essentially, you can think of it as a stopwatch built into the terminal, as it measures the amount of time it takes to execute a specified Linux command.

In this guide, we’ll show you how to use the time command through various examples, and teach you how to interpret its output. We’ll also show how to use GNU time, which is different than the time utility built into the Bash and zsh shells. 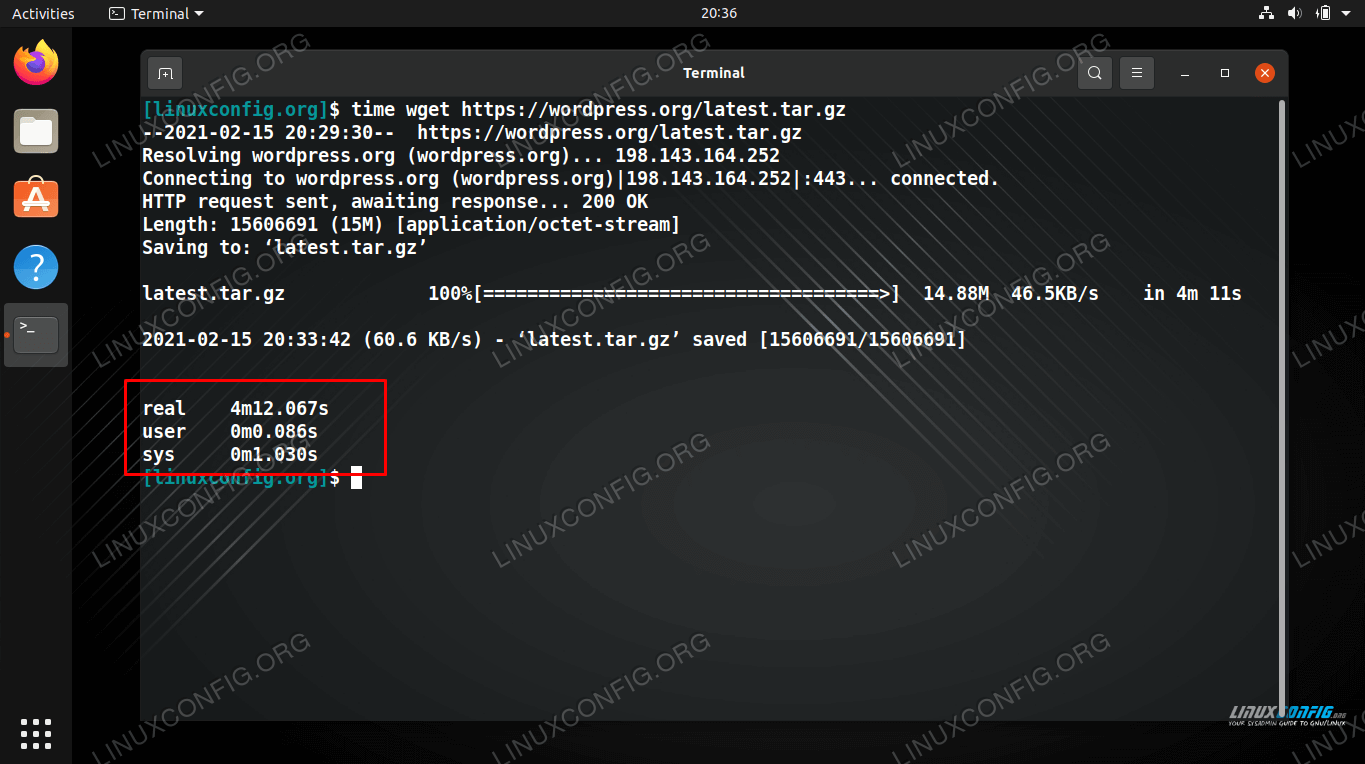 To call the Bash time utility, you can simply type the time command. To use GNU time, specify the full path which should be /usr/bin/time.

In the following example, we’ll use both utilities to measure the time it takes to download a file with wget.

The part we want to pay attention to is the last three lines, which were output by time.

Here’s what this information means:

And now let’s try the same download, while measuring with GNU time: 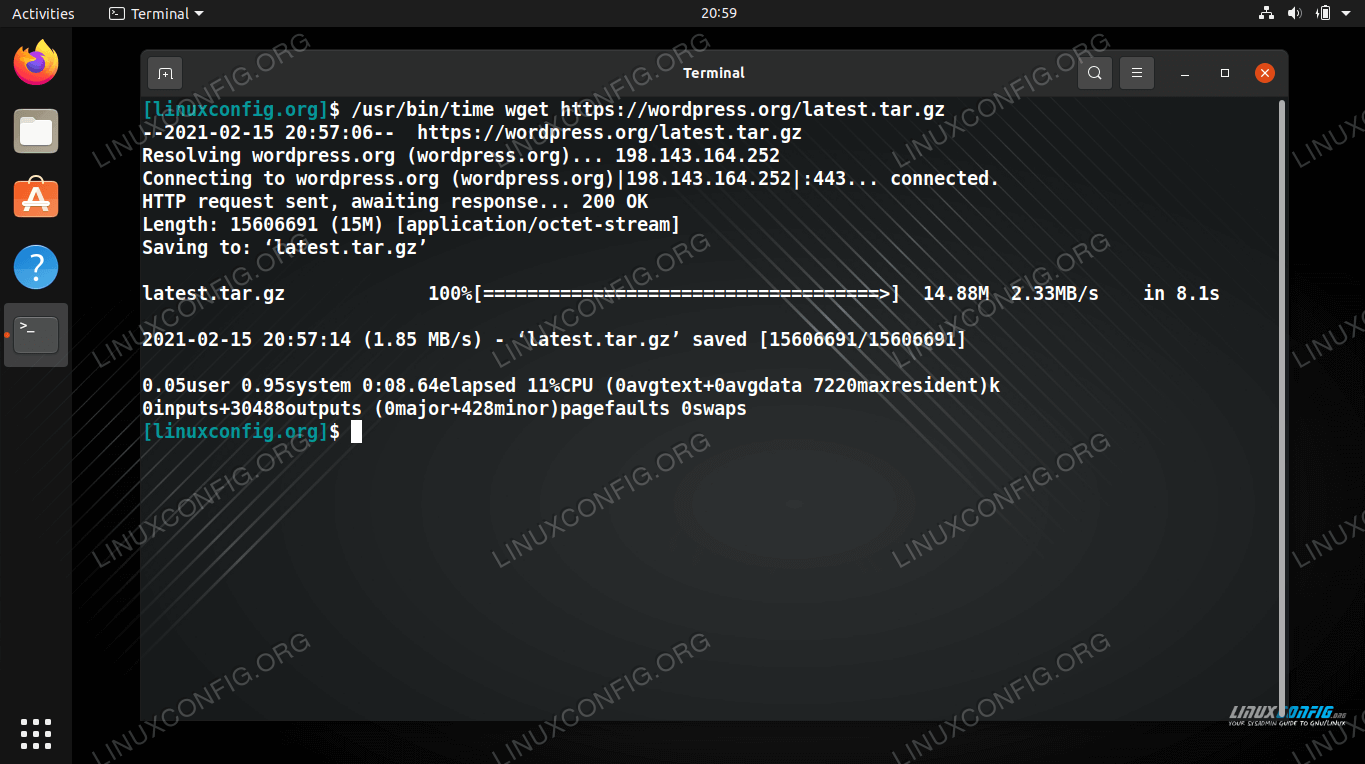 Running the same download but measuring with GNU time

We’ll only concern ourselves with the last two lines – the ones from GNU time.

This outputs the same information as time, along with some more detailed statistics, and a very human-readable measurement of the CPU usage.

In this guide, we saw how to use the time and GNU time command line utilities on Linux to measure the amount of time and CPU usage it takes to execute any command we want. These commands are very simple to master, but can come in handy quite often.